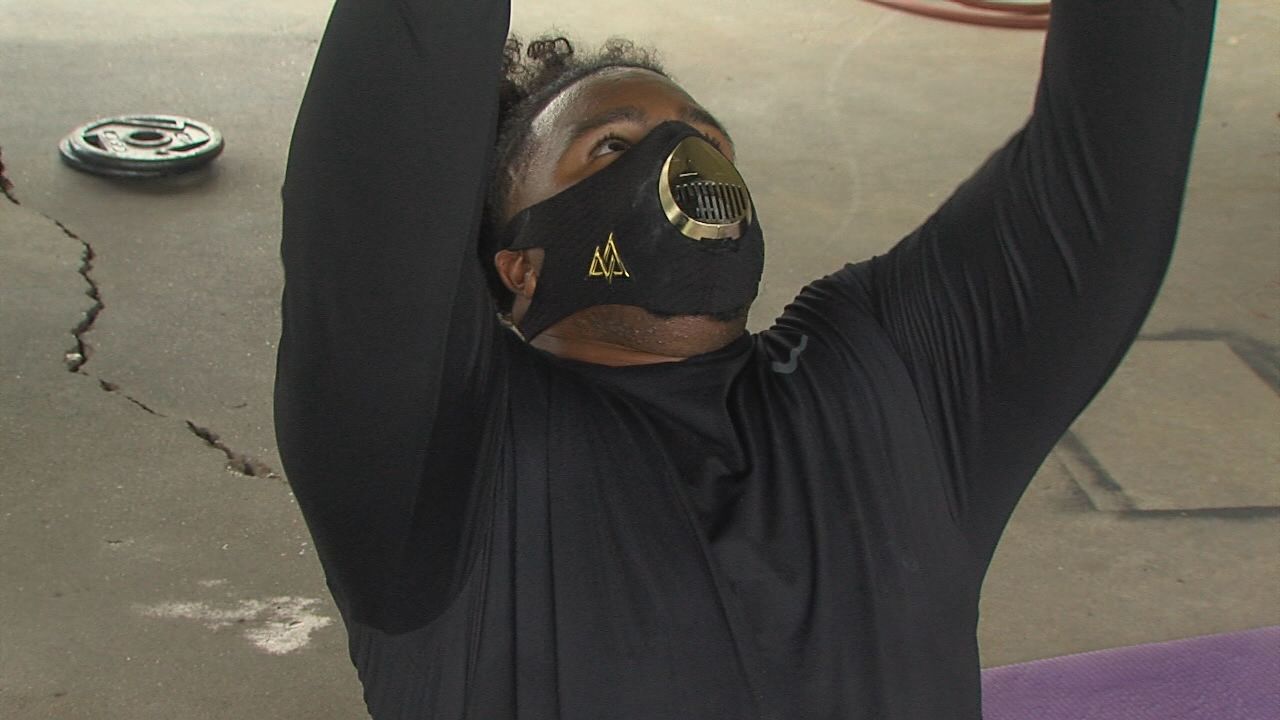 JENNINGS — From early on, Keenan Landry has been a star at Jennings.

As a freshman, he earned a scholarship offer from LSU. Then as a junior in 2019, he earned All-State honorable mention honors and helped lead the Bulldogs to their first state title game since 1992.

"Keenan's a machine," Jennings DL coach Anthony Yruegas said. "When He's got his mind right, he's one of the most dominant football players in this area."

Landry was already a force in the trenches on Friday nights. But entering his senior year, his midset is on reaching new levels.

"I just been running more, working out more and eating healthier," Landry said. "Whole bunch of vegetables, fruits, salads. No more fast food, stuff like that."

The diet is showing too. He's currently 6'2, 315 pounds. That's 15 pounds down from his typical playing weight.

"I feel more clear on the inside," Landry explained. "I feel healthier, I feel faster, quicker on my feet. I just feel more explosive."

But Landry is not alone in his discipline. During the pandemic, he's led a group of 4-6 teammates in daily workouts, with the unit sticking to a strict quarantine from the outside world.

"It was pretty hard to stay in the house for 5 months. Not going around anybody. But we all managed to do it so we can have a good enough workout plan and keep everybody as safe as possible."

The daily sessions since April have not only allowed Landry to stay in shape, but it's also helped to develop his voice as a leader.

"It's really a big thing coming from where I come from because not a lot of guys have that ability to step up or want to step up. But it's a fun role because I get to teach the younger guys, and sometimes even the younger guys can teach me some things too."