Hottest temperatures of the year possible this year/Latest in tropics 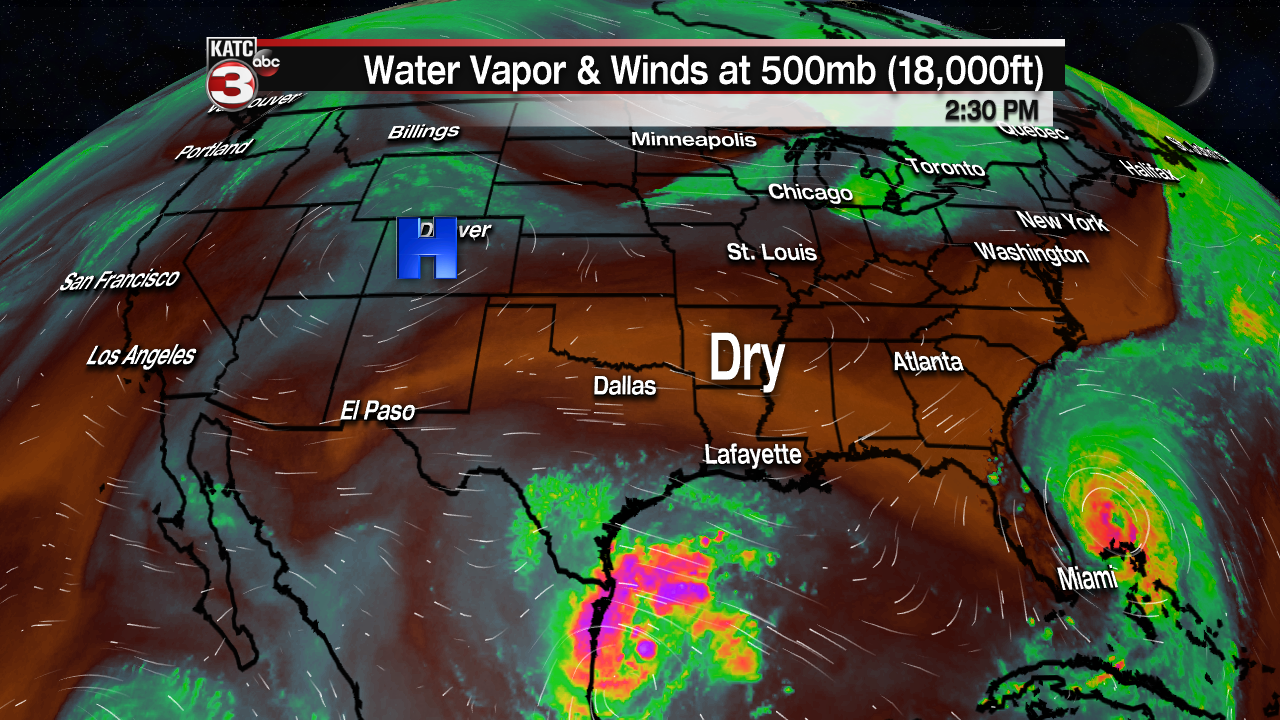 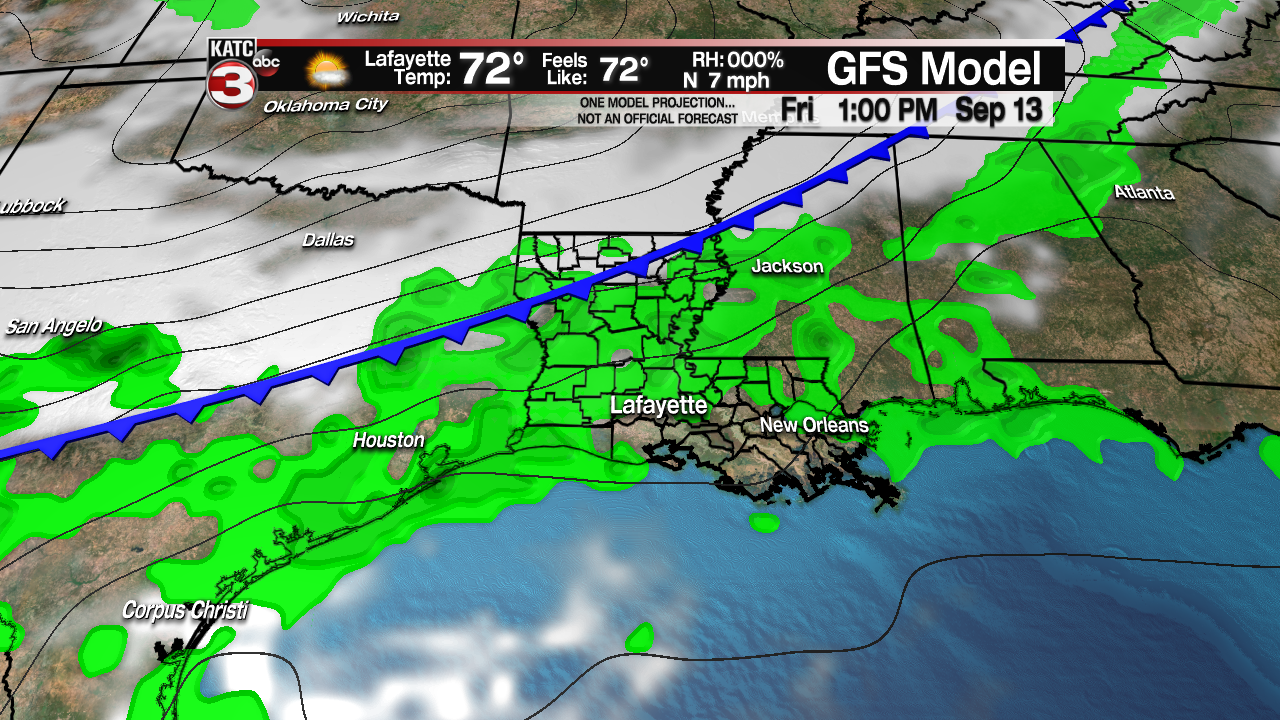 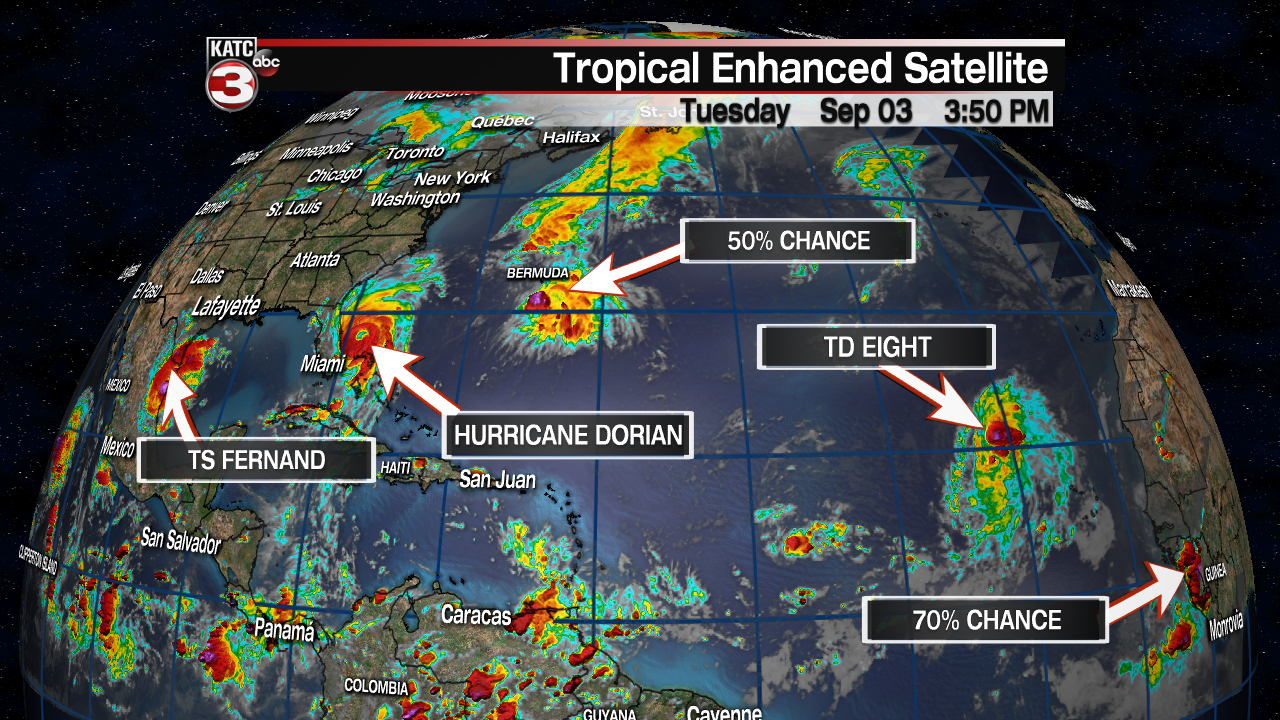 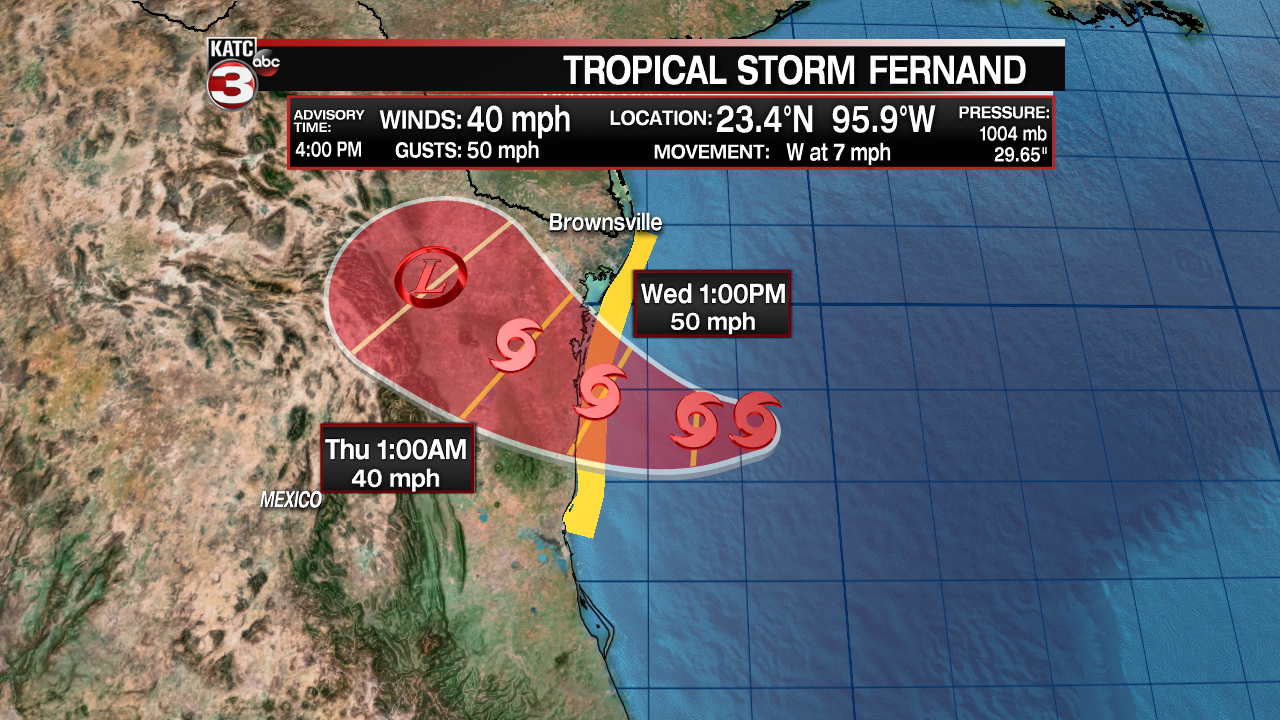 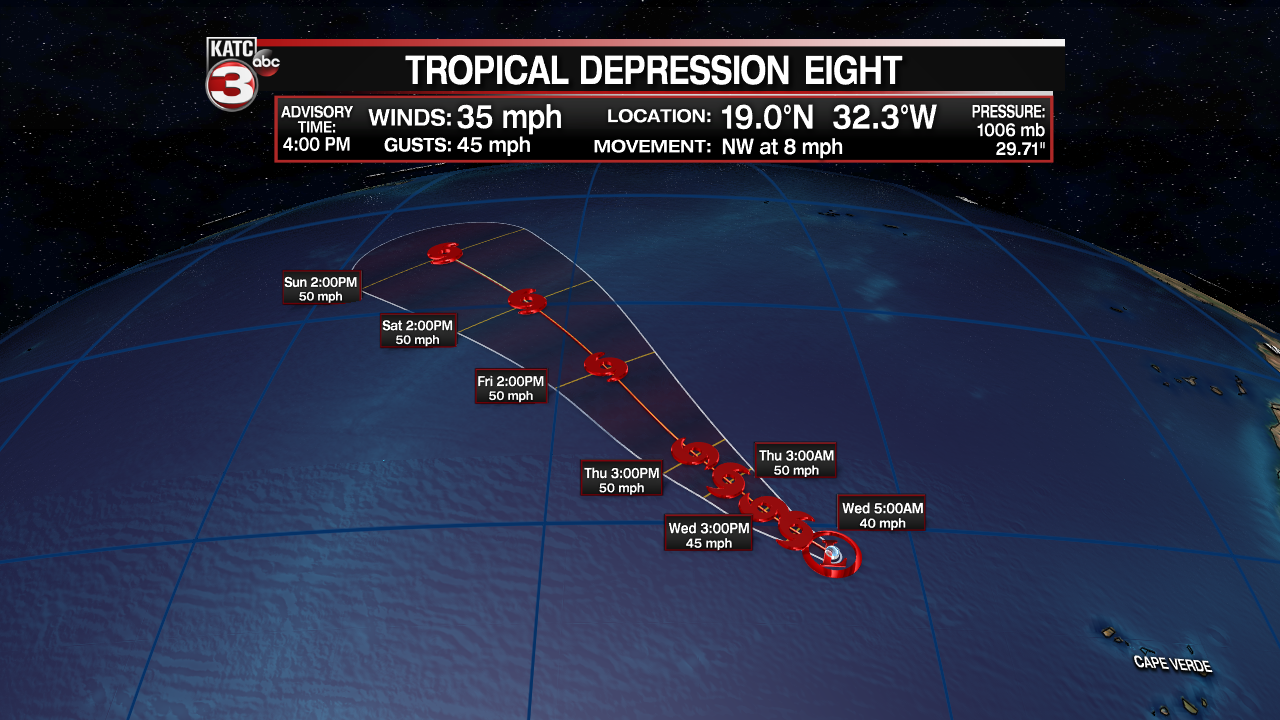 Locally our weather the next several days is going to be sunny and hot.

With an upper level ridge over Texas that will help to push down drier air keeping the humidity in check this week.

But this dry air is able to heat more efficiently under bright sunny skies allowing highs to climb into the upper 90s this week and into the weekend.

It is within the possibility that we could even reach 99, either Friday or Saturday, with areas north of highway 190 likely topping out in the triple digits.

Alexandria could potential reach 102-104 a couple afternoons by the end of the week.

If Lafayette is able to reach 99 it will be our hottest temperature of the summer.

The hottest we have gotten this year was 98 a couple times, once in June and July.

Next week a surface high could build in the Gulf which should produce an onshore flow again increasing our humidity levels creating the slim chance(10-20%) for a stray shower Monday through Wednesday afternoon and a few more clouds.

Our best chance for scattered showers/storms will not be until next Thursday or Friday when a potential fall cold front slides down from the northwest.

In the tropics Hurricane Dorian has weaken down to a category 2 storm with winds of 110 mph and has finally begun to move away from the Bahamas.

Dorian is moving to the NW at 6 mph and the good news is the center(worst) of the of the storm should remain off the Florida coast the next couple days.

For more on Dorian and its impacts for the east coast read our latest article here:

Also in the tropics Tropical Storm Fernand formed in the lower Gulf of Mexico this morning while Tropical Depression Eight formed near Cabo Verde Islands this afternoon.

As of 4PM Fernand had 40 mph winds and should remain a weak tropical storm(40-50mph) over the next 24 hours as it moves towards the east coast of Mexico where it is projected to make landfall Wednesday afternoon.

Fernand could cause heavy rains, gusty winds and minor storm surge for eastern Mexico the next couple days.

Satellite imagery is showing a decent amount of strong thunderstorms flaring up on the eastern half of a board area of low pressure.

This system is expected to get better organized late Tuesday night or early Wednesday morning and should become Tropical Storm Gabrielle.

The good news is this tropical system is moving to the north and will stay out in the open Atlantic and be no threat to any landmasses.

Besides Dorian, Fernand and Tropical Depression Eight the National Hurricane Center is watching 2 other disturbances in the Atlantic.

The first is a wave near Bermuda.

This cluster of showers and storms is starting to get a little better organized and now has a 50/50 chance it could become a tropical depression over the next 5 days but should remain way out in the Atlantic.

Our last disturbance is still over Africa but all models agree that once this moves into the Atlantic that it will quickly develop as it moves into a favorable environment.

The models do show this possibility becoming a hurricane but it also should make a turn to the north and stay away from the Caribbean and the United States.