Hayden Cantrelle: Eye on the Prize

The Teurlings and UL product gets ready for the MLB Draft 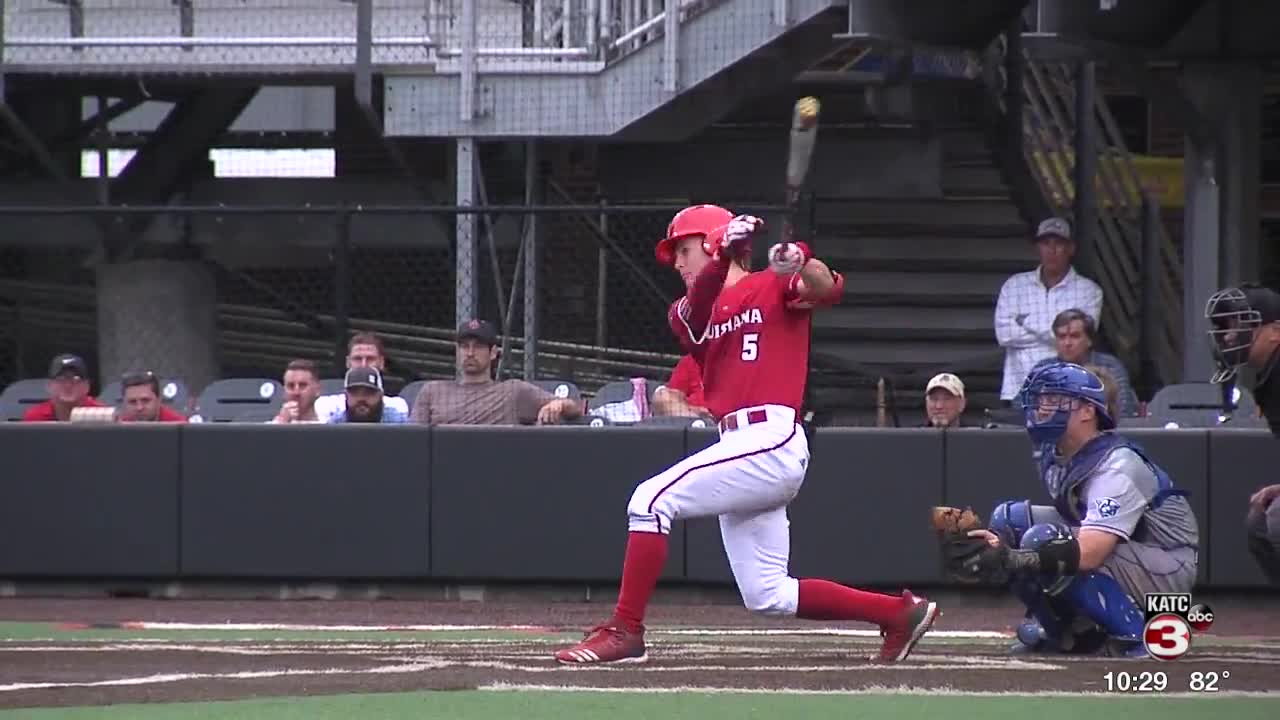 Hayden Cantrelle: Eye on the Prize

LAFAYETTE — As the MLB Draft begins Wednesday, what usually a 40 round, 3 day frenzy, has been reduced to only 5 rounds this year.

Even with the downsize, UL baseball's Hayden Cantrelle still finds himself among the nation's best talent. When he hears his name called over the next 2 day, it will be a lifelong goal achieved.

"As a little kid. I wrote letters to almost every team asking them for some dirt from the field or some stickers," Cantrelle said. "To actually be a part of an organization is going to be pretty cool."

For the junior shortstop, his pro dreams being within reach may be new, but the draft process is not. As a senior at Teurlings in 2017, Cantrelle was selected by the New York Yankees in the 40th round.

"I've always been counting down to this time," Cantrelle said. "The fall of my freshman year, the spring, the summer. I've been waiting for this date that's been coming."

Cantrelle made good use of his time with Louisiana. He was an All-Sun Belt selection in 2019 after hitting .309 with 31 RBI and a conference-high 28 stolen bases. He also didn't miss a start in the infield during his 3 seasons with the Cajuns.

"I've just been grateful to play everyday. I've been healthy. I've been able to play my game and have the best opportunity to succeed with what I knew."

But it was becoming a Cape Cod All-Star last summer, where he shined among the nation's best players that caught the attention of the pros. ESPN currently has Cantrell ranked 101st on their best prospects list, while MLB.com has him at 118th.

"I've had a lot of struggles in my life," Cantrelle said. "I've also been afforded some really good opportunities and I'm proud of how I handled those opportunities."

Cantrelle has a plan in place for negotiations on draft night,but he also has 2 years of eligibility left at UL. No matter what the coming days bring, he'll be ready for the result.

"We're certainly comfortable with both ways," Cantrelle said. "If it's right, it's the time to go. If nothing's good enough, if it's not what I feel I'm worth, then I'm going to come back to school and give it a go again."