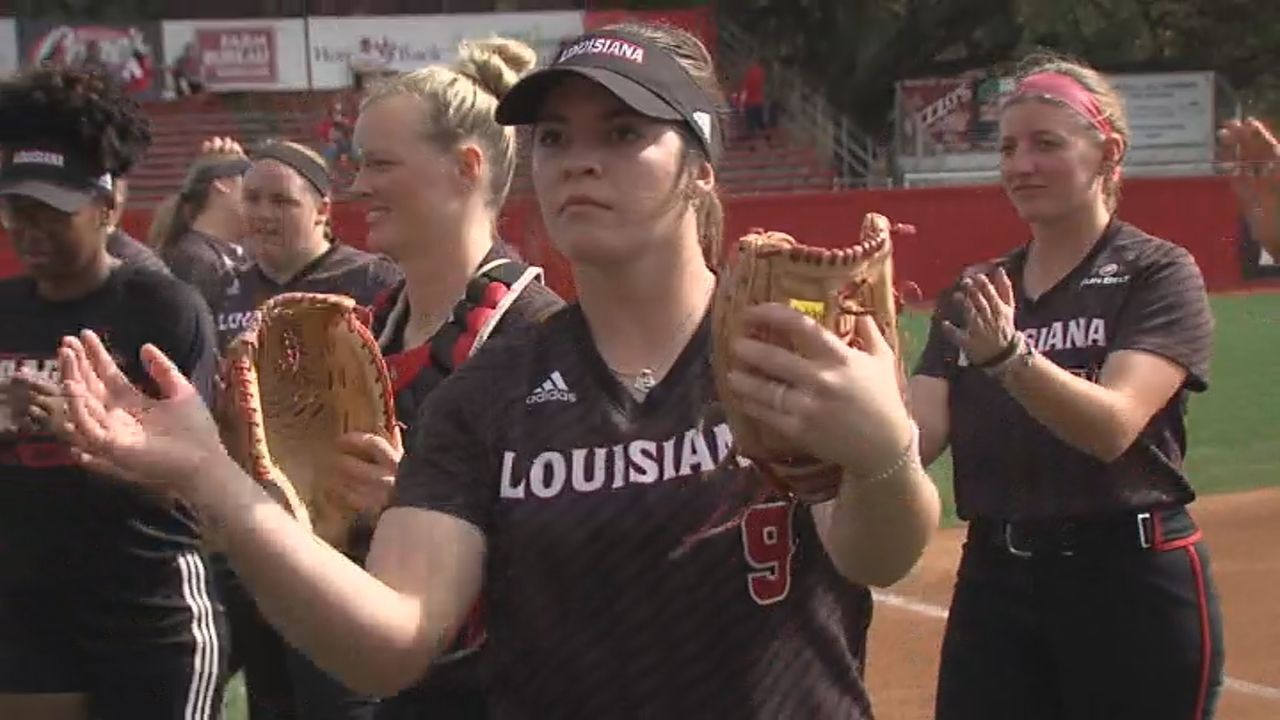 The global pandemic that is COVID-19 has had a major effect on the sports world.

While professional leagues like the NBA and MLB have put their seasons on hold, college sports had to come to a crushing end.

For teams like #6 UL softball, you can't help but wonder what was ahead.

"I think there's very little doubt in my mind that this is a team that could've won a national championship," Cajuns Head Coach Gerry Glasco expressed. "I felt like we were getting better every day and at this point it's irrelevant."

What was once big dreams of rings for UL Softball have been reduced to what if's now that spring sports have been cancelled.

"We went on the road with LSU, Texas and Florida. All 3 of them are easily top 10 teams. We split right down the middle with them, and I think what really hurt is we hadn't played our best ball yet."

Glasco has been aware of the Coronavirus' global effect since January. But it wasn't until a conversation with assistant coach Mike Roberts that he realized the potential ramifications of the spread.

"On Tuesday or Wednesday morning, Coach Roberts said i'm worried they're going to shut down season. I said nah. Then, I started analyzing my brain thinking through, and i said yeah they're going to cancel season."

Once the nightmare scenario became reality, the toughest part for Coach Glasco was breaking the news to his team.

"Very emotional. very tough. Extremely hard to tell a young bunch of women that's been fighting for a month and a half, two months. To put themselves in position to go to the National Championship. They'd all dreamed about this national championship for a few months if not for a few years. Then all of a sudden, you realize that dream is not going to come true."

The NCAA has approved that seniors in softball will get another year of eligibility, but that doesn't guarantee everyone will return to the Cajuns. No matter what the future holds, Glasco will remember this group as his most special team yet.

"For me as a coach. I see them in the future. I see what we were going to be in May. I think i have a really good idea of what we would've been in May. Just enormous talent and a great group of girls that was clearly on a mission to get us to the world series."