Winston "Ready to Learn" with Saints 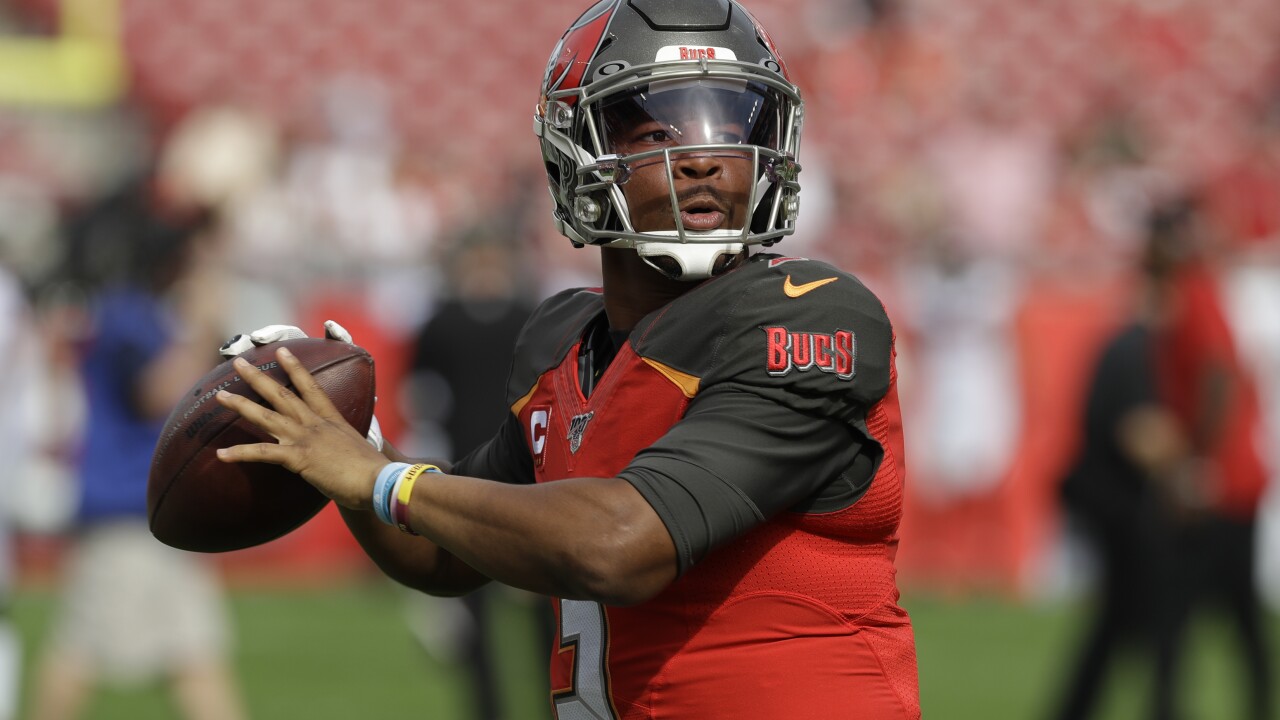 The New Orleans Saints are taking a one-year flier on a player that some hope can be the franchise's future, Jameis Winston.

New Orleans officially added the former Pro Bowler to their roster Tuesday. The former Heisman winner was officially introduced by the team Wednesday via Zoom.

"We have a Hall of Fame quarterback (Drew Brees) and a future Hall of Fame coach (Sean Payton)," Winston said. "That is very intriguing for a young quarterback like myself. And also I've been playing against this defense for the past five years and they continue to get better and be dominant. This is a Super Bowl contending team and I'm just happy to be a part of that.”

At his best, Winston can throw 5,000 yards, and 30 touchdowns. At his worst he can throw 30 interceptions and takes 48 sacks. All of that happened last season.

“Ball security is the primary part of our position, but also getting the ball to our guys and getting the ball in their hands so they can make some plays is another important piece," Winston said. "I'm going to address every part of my game, not just one part because my goal is to be a perfectionist. My goal is to work and actually apply the work, so we can get results and that's what I'm focused on.”

The former number one overall draft pick of the 2015 draft has been a fearless, sometimes reckless, gunslinger. Last season with Bruce Arians, the Buccaneers offense was as electric as it had been in years, but Winston's 30 interceptions led the NFL and ultimately led the team to singing Tom Brady.

Winston's one-year deal will allow him to tryout for a team that knows it needs a backup plan for Drew Brees' eventual retirement. Last season the Saints rolled that dice on Teddy Bridgewater. He played well enough to land a starting gig elsewhere when Brees decided to return. Winston says he spoke with Bridgewater before signing in the Big Easy.

"I talked to him and he really loved the quarterback room," Winston said. "I think that that was one of the big things, just how they were in that quarterback room and in the things that he was able to learn and apply to his game to make him a better leader and a better quarterback.”

New Orleans remains committed to Taysom Hill. Earlier this off-season Sean Payton said that Hill would be the backup behind Brees. But that may handcuff the Saints from utilizing Hill as a playmaker, receiver, and returner the way they have. Winston gives New Orleans more security and depth and allows Hill to continue that role.

But signing Winston also creates competition. Not for today, but tomorrow.

“Yeah, I'm focusing on the primary opportunity," Winston said when asked about a long-term future in NOLA. "The primary opportunity is getting the chance to work with Drew Brees, Sean Payton, Taysom Hill, Tommy Stevens, Coach (Joe) Lombardi, Coach (Pete) Carmichael and Coach (D.J.) Williams. That is my opportunity, right? That's the biggest, most important opportunity that I have right now. I'm definitely not looking forward, looking ahead, right? I'm focused on this, what I have right now and we'll be able to have that conversation next year or years down the road. Who knows? We don't know. I didn't think that I was going to be in this position this time last year, but God has a different plan and I'm excited for the plan that he has for me moving forward.”

If Winston plays well in a backup role, learns from Payton and Brees much like Teddy did, could Winston earn a future role with the team? Yes. If he struggles, he's gone in a year, maybe two. It's a low risk, high reward signing. He just has to handle a few friendly ribbings about throwing more interceptions to the Saints, than Hill has completions.