Roach signed with New Orleans as an Undrafted Free Agent 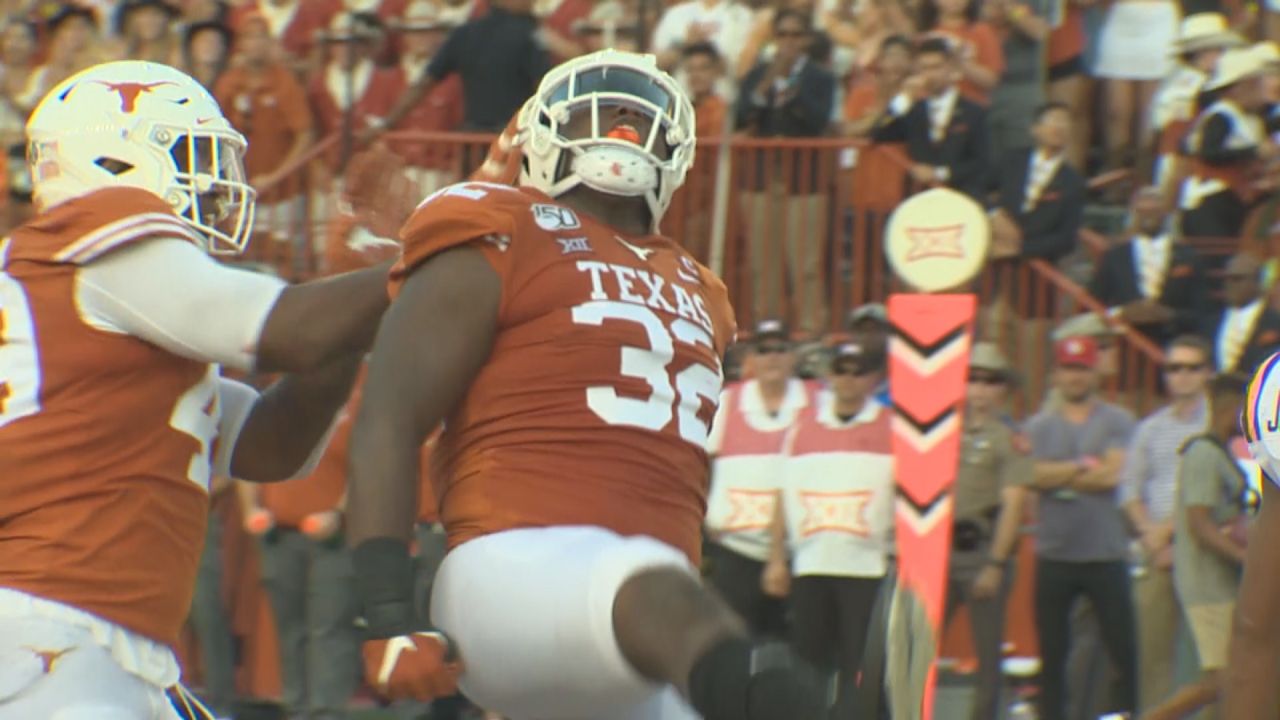 For Baton Rouge native Malcolm Roach, the NFL draft wasn't a fond memory. He didn't hear his name called over the 3 day event.

"I just remind myself about it everyday. I just put it on my lock screen. Undrafted."

But that doesn't mean his phone didn't ring.

"Me and the Saints, we were in talks pretty early, Roach said. "They reached out to my agent after the 4th round. It was very eye opening. People don't usually get calls until the 6th round.

The mood changed, once the Texas standout realized his next home wouldn't be far from home. Roach signed with the Black and Gold as an undrafted free agent.

"My mom was bias because the Saints were her favorite team," Roach smirks. "But, I was just trying to make the smartest decision with team fit and things like that. Going into that decision, the smartest just happened to be the Saints. When we went back and told them, they went crazy."

Don't get it confused, the defensive lineman grew up rooting for the Saints too. He celebrated with the rest of Louisiana in 2010, after New Orleans won Super Bowl 44.

"I remember, when they won the Superbowl, everybody was at my Grandmother's house," Roach said. "Tracy Porter caught the interception and ran it back for the touchdown. People in my family know Tracy Porter, so people going crazy. The only thing I remember was, we were in the streets running down the streets. Everybody came out their house, running up and down saying 'we won the Superbowl' and things like that."

Now Roach not only gets to join the Black and Gold, but he also gets to learn from one of his favorite players growing up, 5x pro bowl DE Cam Jordan.

"He's always been a guy to watch. A guy that I look to learn from. He's a guy I can't wait to pick his brain. Can't wait to see how he carries himself, things like that."

At 6'3, 290 pounds, Roach's versatility across the defensive line will give him a shot to make the roster. But it's the chip on his shoulder from draft day that he hopes drives him to a long career.

"When I'm going through a hard workout. When I'm on the levy and I'm like 'I don't know if I can do this last rep,' that's something I think about," Roach explained. "I have to say (to myself) I was an 8th round pick. i just keep that motivation in my mind. It makes me work harder every day. It's the motivation that keeps me going."