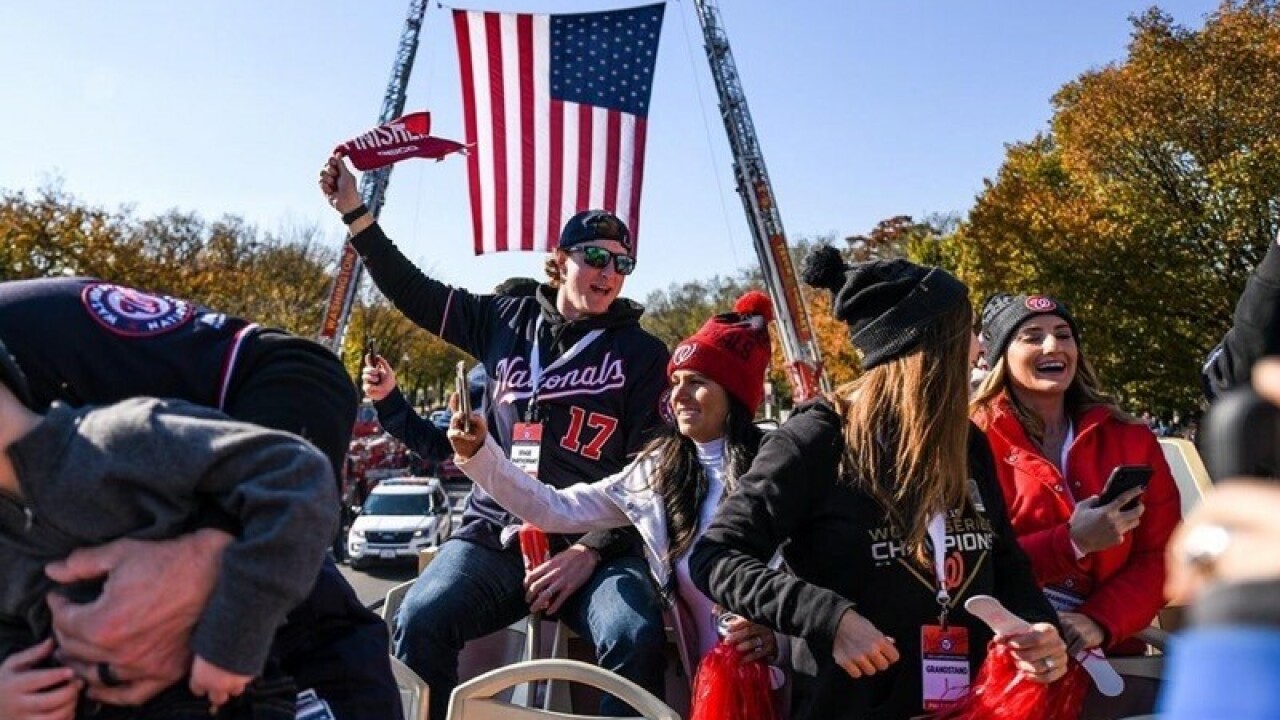 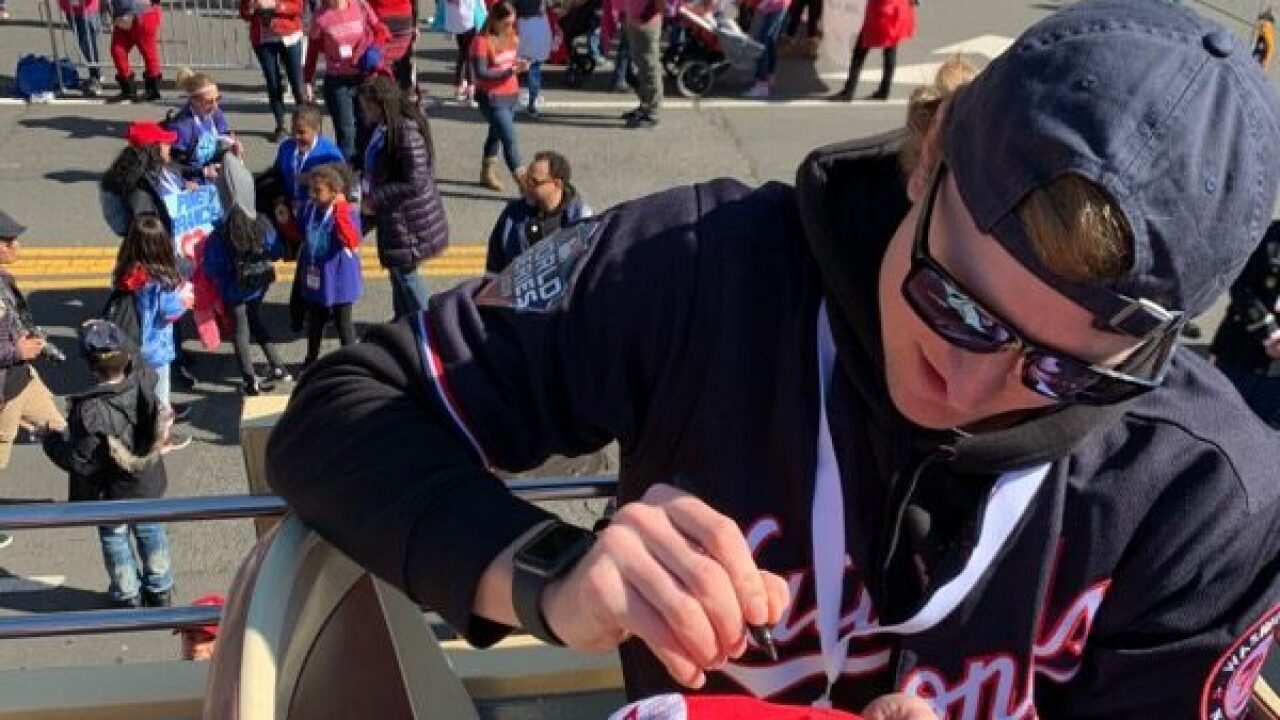 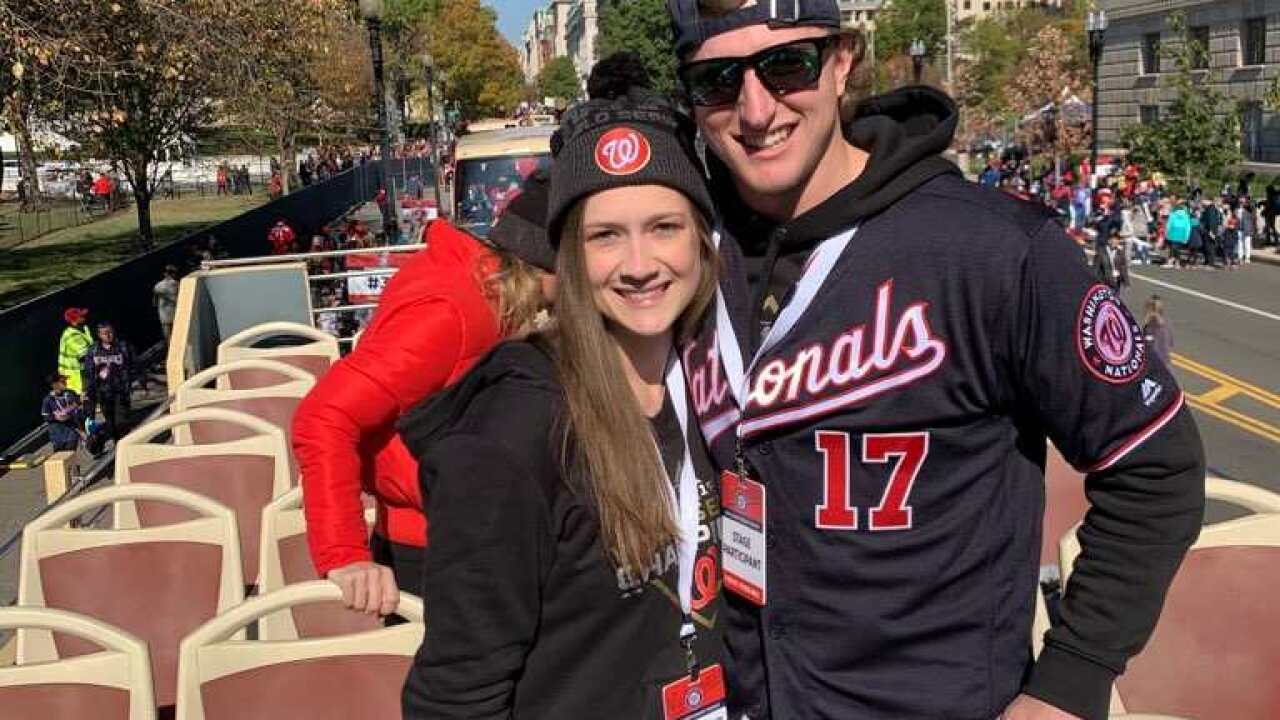 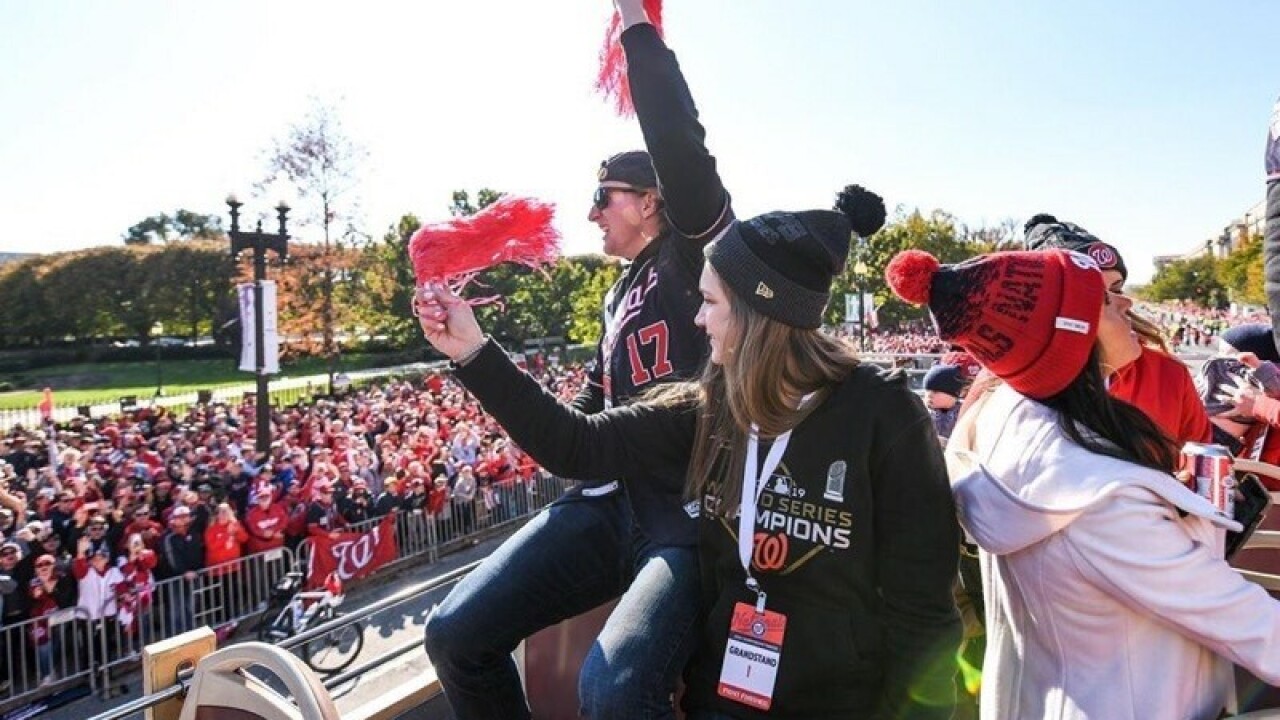 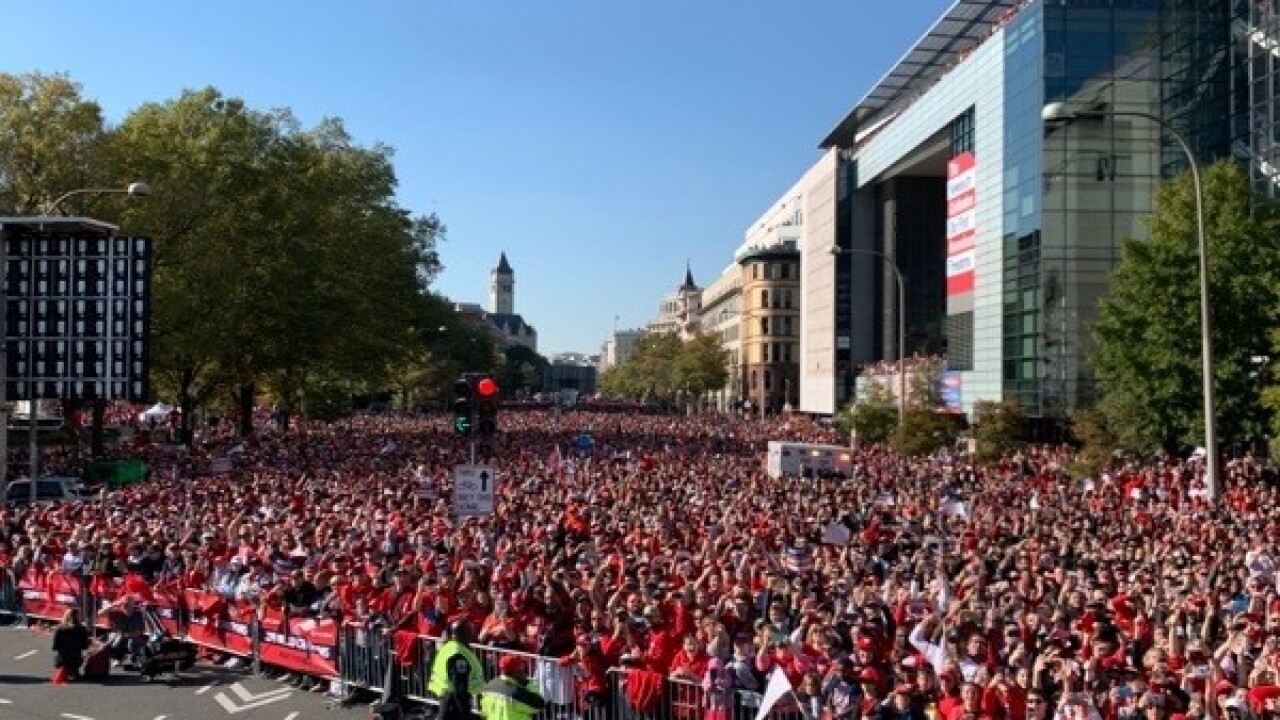 WASHINGTON D.C. — Andrew Stevenson has lived the dream of any baseball player growing up.

He's played in the Little League World Series with the Lafayette All-Stars. He reached the College World Series twice while at LSU. And now, he's a World Series Champion with the Washington Nationals.

The former STM star, taking part in the championship parade Saturday with his wife Michelle, and his Nationals teammates.

Stevenson is on the 40 man roster for Washington. As a pinch runner, the Youngsville native scored the tying run in the NL Wild Card game versus the Milwaukee Brewers.

He's also one of 15 former players from LSU to win the World Series. Here is a list provided by LSU Athletics: