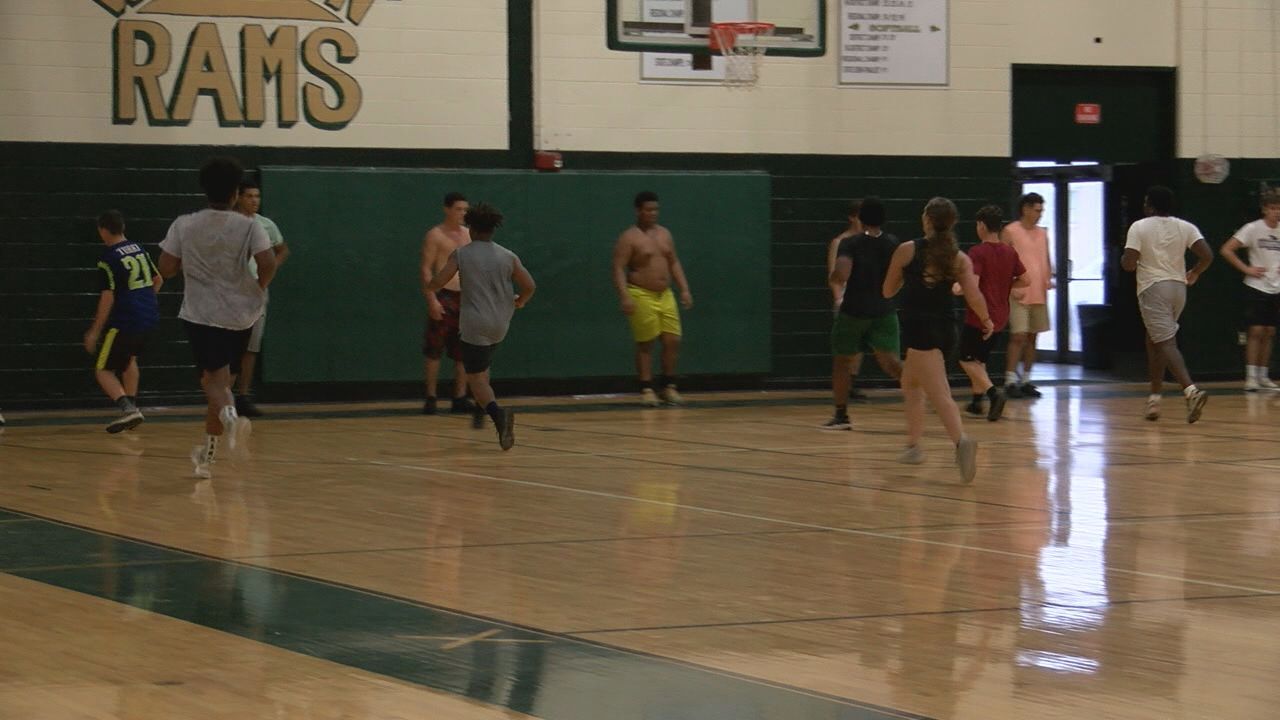 "I think our guys are used to a routine. The biggest thing is taking temperatures at the beginning," said Head Coach Matt McCullough.

The systems start with checking temperatures. Once players are cleared, the team breaks out into three groups practicing social distancing while the second round of players come in later in the day for the second session.

"It keeps the groups a little smaller than the recommendation, which I think is 25 and under. But it's something we were going to do for at least the first month," said McCullough.

The tigers are also shrinking their group sizes and adding sanitizing to their workout routine at a similar site at Breaux Bridge High School.

"We just got to adjust to it. It's the new norm for now. I don't know how long we can keep doing this, but I think we're adjusting," said Head Coach Chad Pourciau.

With 21 seniors gone, it leaves the young team looking for someone to step up and lead the way.

"One, you're already going to have new leaders. But two, your new leaders are adjusting to a new environment and a new set of circumstances. So, for sure, we're going to be looking for somebody to step up," said Pourciau.

It's a task that the coaching staff at Breaux Bridge is confident will get done.

"I like the pieces we have. It's going to be a work in progress. It will be a rebuild, but I think we have plans to turn it around pretty quickly," said Pourciau.

------
After nearly three months, high school football teams are making their first appearance as they meet for summer workouts.

"The first day was great. Football ended over here March 13th, and it's been resurrected this morning," said Head Coach Tony Courville.

Day one for Carencro came with some new check-in procedures along with questionnaires before stepping on the field.

With a new norm to get used to and few kinks to smooth out, the bears head coach says he's not treating the late start as a setback.

"On thing is everybody in this state and this country are in the same boat where everybody is starting back from square one. I truly believe if you're a solid program in the weight room. It will take us about two weeks to get us back almost where we were at. So we're going to work on the conditioning part right now," said Courville.