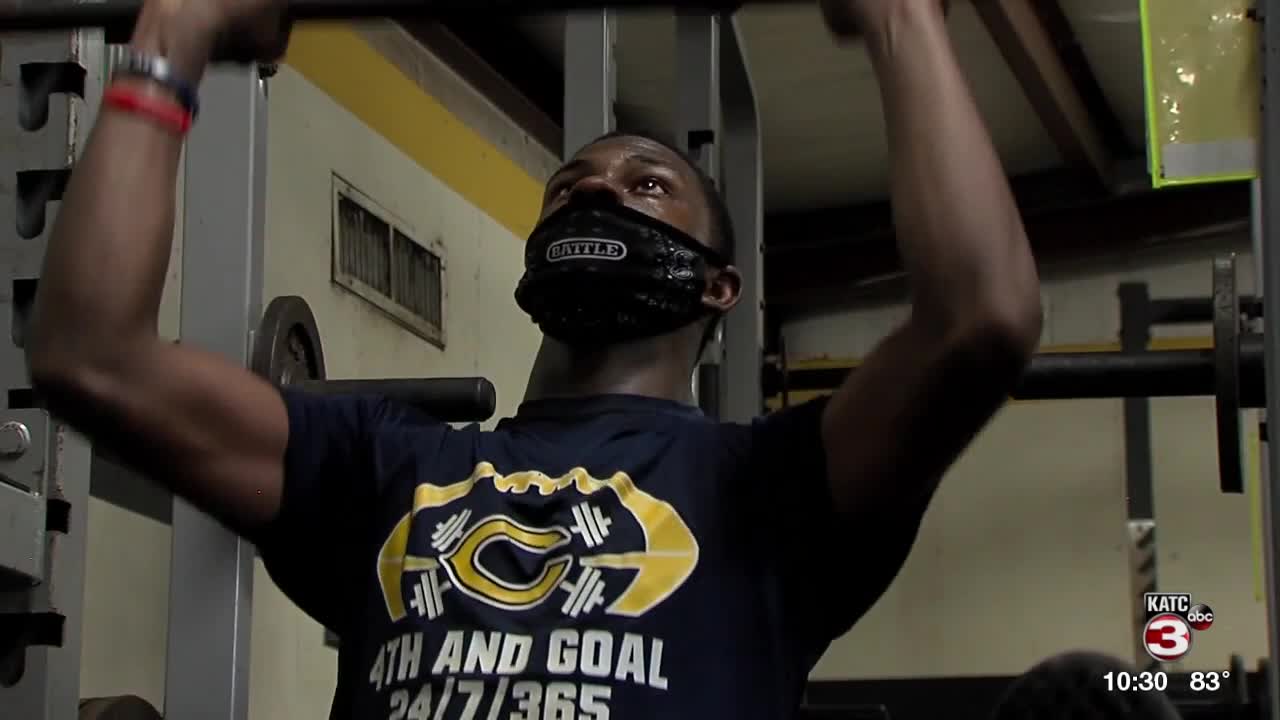 CARENCRO — From an early age, Bailey Despanie's mom made it clear that grades come before the gridiron.

"She would always tell me before I go to school in the morning," Despanie said. "She would text me and tell me make sure you're doing your work, because if not, you're not playing football."

So it's no surprise that the Carencro safety enjoys the mental aspect of the game as much as the physical.

"I watch a good hour of film throughout the week," Despanie explained. "I study my opponents, study the plays that they run, study the wide receivers I'm going to guard, study the quarterback."

"He's like a coach on the field for us," Carencro Head Coach Tony Courville added. "A lot of times, kids in high school, they know their position. Bailey knows everybody's positions."

Despanie used his brawn and brain for a breakout year in 2019. The Tulane commit finishing with 83 tackles, 3 interceptions, 15 pass breakups and 3 blocked kicks.. He was named District 5-4A Defensive MVP.

"We're very proud of the district we play in. I think it's one of the toughest in the state at any level." Courville said. "There's a lot of great athletes in this district. If you make all district, I think that's something. But to be the defensive MVP, that's a feather in his cap."

The senior also led the Bears to their first district title since 2015. But that's only a footnote to his athletic accolades. Despanie is a 3-sport athlete, who is a member of the basketball and track and field team. Last season, he earned 1st team all-district honors in hoops. He also uses his skill on the court to translate to the field.

"i'm good at defense," Despanie said. "So like basketball, all you gotta really do is watch the hips. So I use that for my man to man coverage."

Despanie has also won state championships with basketball and track during his time at Carencro. Reaching the top of those athletic mountains inspires how he works, and it is the driving force for his quest to conquer Class 4A football.

"I really want it bad because that's my main sport," Despanie expressed. "Winning it in my secondary sports, I have no choice but to win it in my main one."