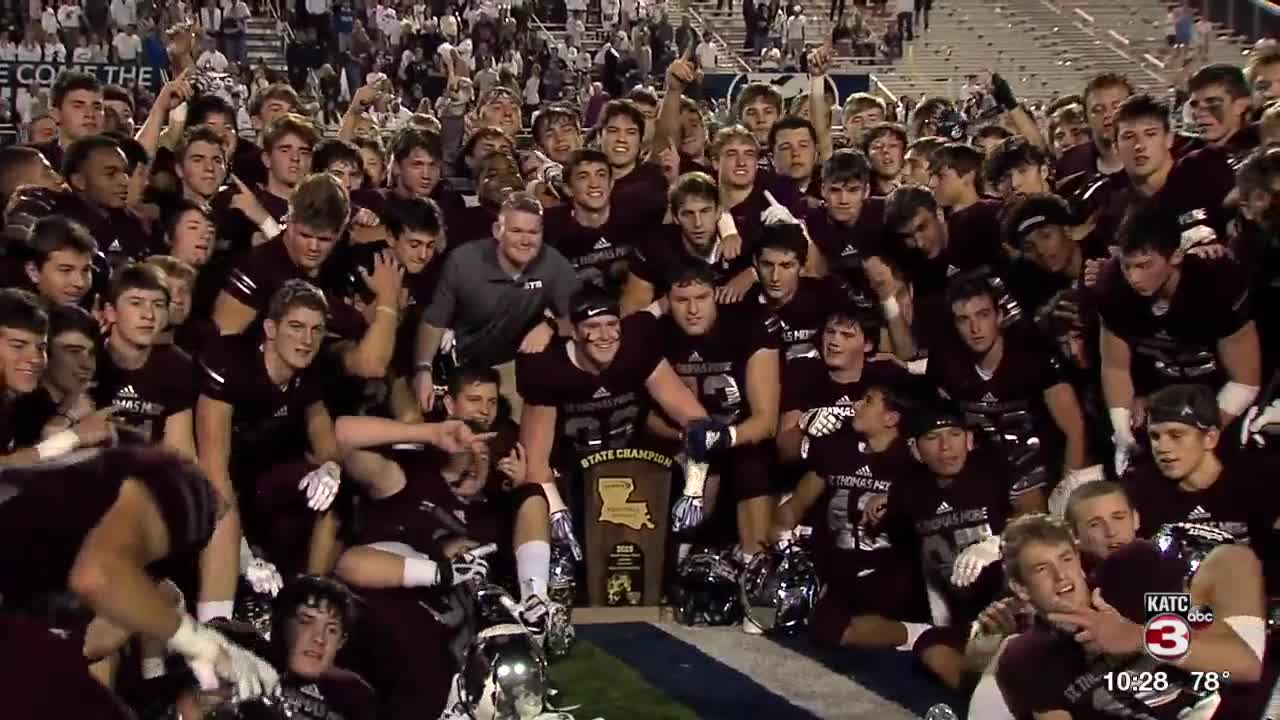 Note: Looking to repeat as state champs for 1st time in program history

From a helicopter landing pregame, to the offensive fireworks during the game and the real fireworks that followed after, the Division II Championship at St. Thomas More is one the Cougars will never forget.

"That was insane. It was one of the craziest moments I've experienced," STM senior defensive end Jake Chaisson said. "Even though it wasn't at the dome, it's fine. But at home, it was very special. And hit the heart very nicely."

Now the question is can STM get back to the top of the mountain.

The cougars return 8 starters in 2020 but STM doesn't rebuild, they replenish.

Quarterback Caleb Holstein is off to Louisiana Tech, after breaking most of the STM all-time records with 3,535 yards and 38 touchdowns as a senior. So who takes over at QB? How about a 2022 4-star prospect and LSU commit in junior QB Walker Howard.

His cast of weapons is sick too, led by Vanderbilt commit Jack Bech. The wide receiver finished 2019 with 81 catches for 1,482 yards and 17 touchdowns

On defense, they're led by all-state defensive backs Dominic Zepherin and Josh Stevenson.

The 2020 goal for the Cougs: to repeat for the first time in school history.

"So I thought about this as soon as we won the state championship," Chaisson admitted. "I feel like this year, it could be history making and I think we can go undefeated. If we keep the same attitude that we did last year, towards the end, we should go all the way."

"It's for sure talked about around the locker room between the player and the coaches," STM senior center Ethan Guerin said. "That would be super special to repeat something like that. Not many teams ever get to do anything like that in any sport, any level. So to repeat, to defend a championship would be really awesome."