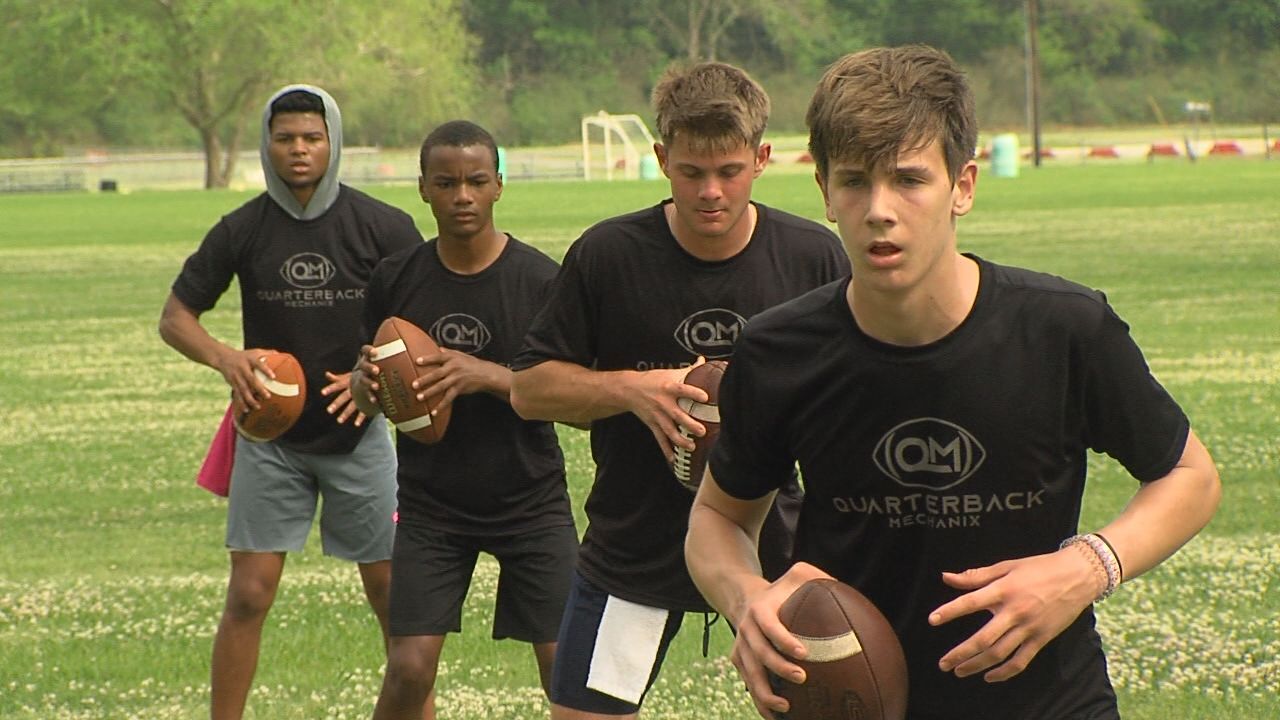 Disclaimer: This story was recorded on Thursday, March 19th.

Southside Quarterback Dillon Monette became a breakout star on the Friday Night Football stage in 2019. As a junior, his over 3,043 yards and 32 touchdowns were both top 3 in the Acadiana area. But he’s just like everyone else during this quarantine.

"Have you been going crazy inside your house?" I asked. Before I could finish, Monette responded "Yes! I'm bored. Have nothing to do. I just watch All-American since the new season came out.”

That’s why his quarterback instructor, James Washington, wanted to provide a way for Monette to stay active.

“Honestly, we’re just trying to make the best out of a bad situation," Washington said. " Kinda taking it day by day, trying to follow the government’s guidelines."

Washington is the owner of QB Mechanix. Throughout the week, He travels to New Orleans, the Northshore, Baton Rouge and Lafayette, teaching the next generation of prep signal callers in Louisiana.

“i was a high school quarterback. Kinda wanted to get into sports somehow," Washington explains. "Of course i didn’t play it professional level, but i thought i could pay it back to these kids.”

"Other trainers work on footwork," Monette said. "I mean we work on footwork too, but also throwing routes. We work on the complicated throws. Pocket movement. Where to put the ball and all."

His training has expanded to the next level as well, with former Teurlings QB Sammy Leblanc turning to Washington for an extra edge with his mechanics before heading to Arkansas Tech.

“Getting my footwork better. Getting my feet quicker," Leblanc said. "And playing when i’m tired cause i was winded towards the end.”

Washington’s goal is to give kids a safe way to interact with other, while helping them to remember that their only competition is from within.

"My favorite analogy is the popcorn kernels. They all get put under the same heat, but not all pop at the same time. You're not throwing against Dillon Monette. You're not throwing against Sammy Leblanc. It's just you in that pressure situation having to do what you've been taught. If you try to be this guy, you're not being yourself, and yourself is the best person you can be."