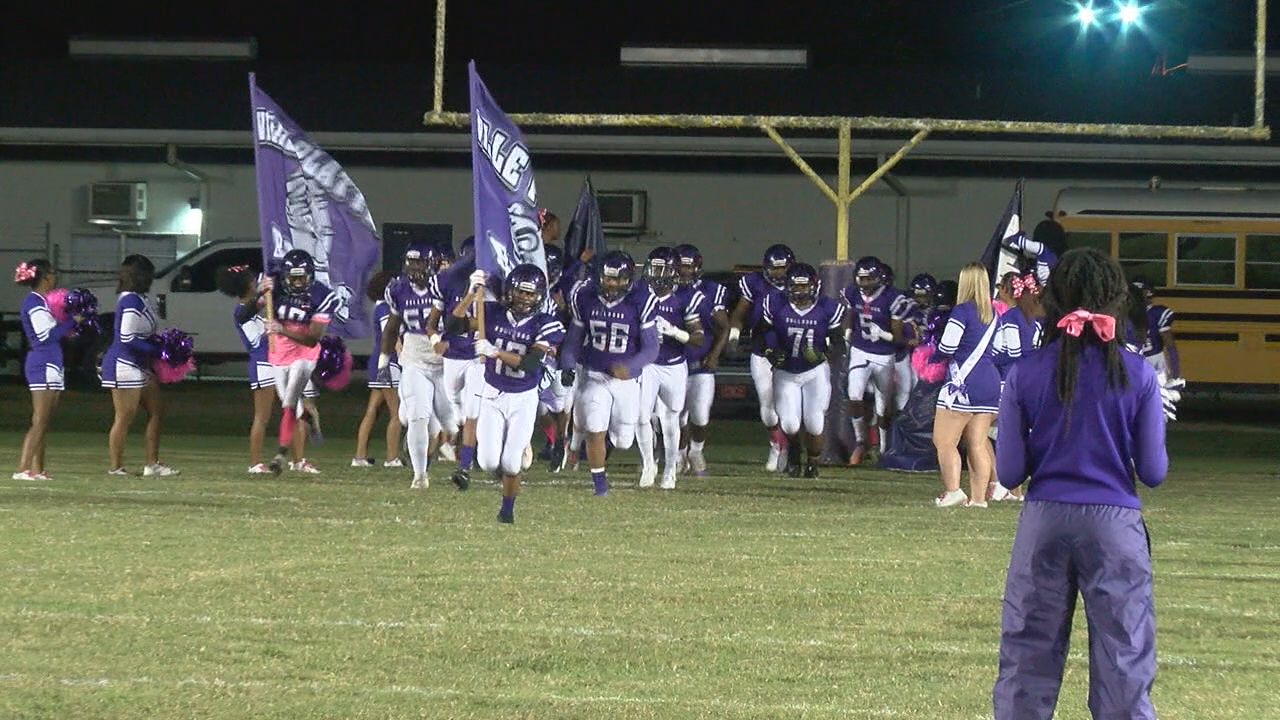 The pandemic has forced football coaches on all levels to get creative this offseason.

At Ville Platte, Head Coach Jorie Randle and his staff used zoom to check on players concerning on and off the field and in turn built a stronger team chemistry. For players like senior tight end Ernest Roberts, the virtual visits helped him to stay focused.

“I enjoyed it," Roberts said. "He kept (reminding) me that I have to be a leader. "That imma be the one to make the plays.”

The time away from the field also allowed the Bulldogs to strengthen the mental muscle.

"We're just working backwards. We're doing a lot of teaching. A lot of chalk talk. (There's) a lot of time for that," Randle said. "Watching more film of years past. In years past, it was 'here's your shoulder pads, you should know where to go.' But I think we're working the brain a little more."

Junior offensive lineman Kieran Thomas says he can see how getting back to the fundamentals have benefited the Bulldogs, especially post-quarantine.

“We're doing stuff, running, working out." Thomas expressed. "Usually I just stayed in the house and worked out, until football season came back.”

The Bulldogs are hoping this film study will give them the mental edge as they look to improve on their 3-7 record in 2019. It's the first time Ville Platte has missed the playoffs since 2016.

The Bulldogs have 5 starters returning on each side of the ball but will be relatively young, but Coach Randle believes his underclassmen can be the strength of this team.

"We got some young kids that I firmly believe will be good players at some point at Ville Platte," Randle said. "I see the work ethic that they have. They come in time to work. Also, just the willingness to put in some hard work.

Ville Platte will potentially use a two-QB system this year, splitting time between Keiland Bruno and Jaekwon Fontenot.