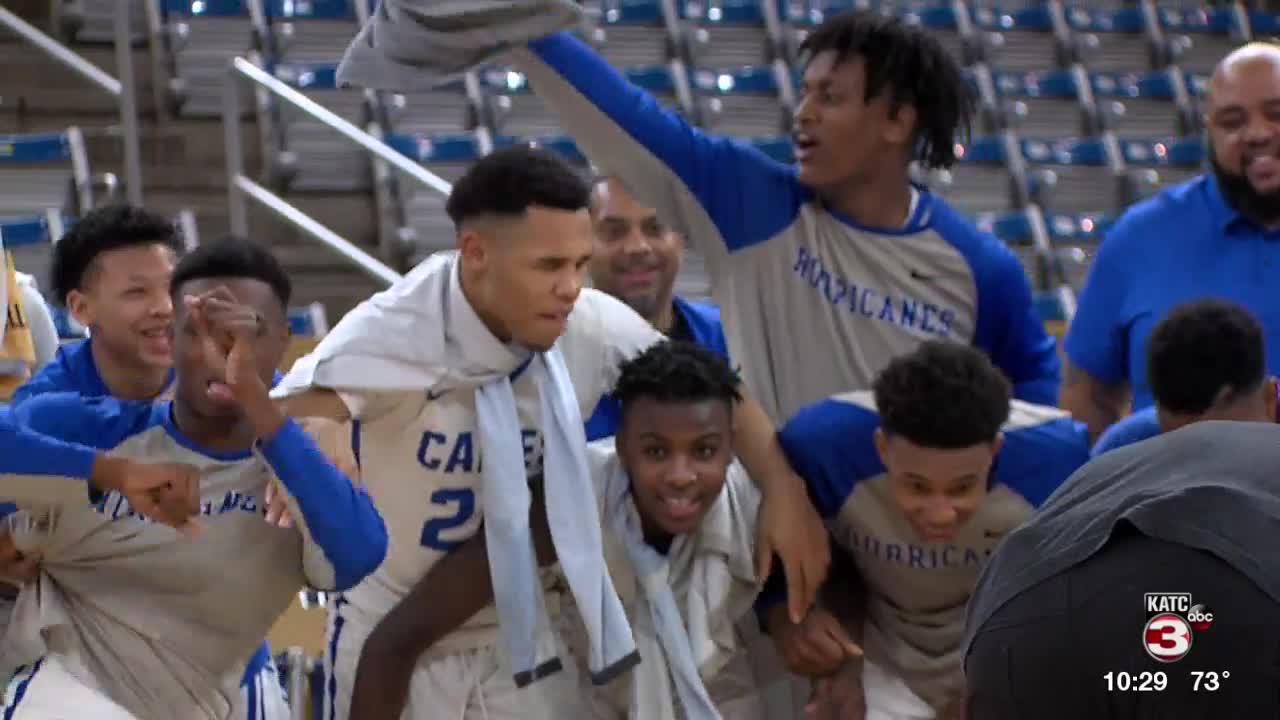 LAKE CHARLES — The LHSAA concluded their boys basketball championships Saturday, in what could be the last official sporting events in louisiana for a while.

With the Coronavirus pandemic causing fans to not be allowed in title games, coaches and players made the best of a tough situation.

Pourciau couldn't help but laugh when thinking about how a wild and unreal week finished in Lake Charles.

"It's funny. you're playing in a state title game and it feels like a summer pick up basketball game."

The Tigers fell short of their goal of repeating as Class 4A champs. While it was a competitive game throughout with Peabody, not having supporters played an effect on momentum for both sides.

"We were devastated that our fans weren't able to come to the game," Breaux Bridge senior guard Dalton Alexander said. "Because that's what gives us energy. That's what hypes us up."

"My parents come to every game, since I was in elementary school," Breaux Bridge senior center Trevonte Sylvester. "Every time my coach call timeout, every game at halftime. They help support a lot."

In Class 1A, North Central was able to complete their 2-Peat, taking down Lincoln Prep for the title. The Canes were locked in on the task at hand. But once the mission was done, that's when things felt weird

"I think the only difference was after the game," North Central forward Derrick Tezeno said. "The celebration was different. That's all."

Having a lack of their family here was taking a toll on the celebration part of it," North Central Head Coach Jacobi Thierry said. "They'll be waiting for us when we arrive."

For select schools, championships were held at home sites this year. So for St. Thomas More to 3-Peat in Division II, it meant hosting an empty gym.

"Just felt like gahlee, worked all year to get that home court advantage," STM Head Coach Danny Broussard expressed. "They kinda took it away from us. Just felt like they took the home court away. We kinda played like that for 3 quarters.

While the conditions may have not been ideal, everybody agrees playing the championship is what was best.

"I look back at those NCAA guys and say they didn't get a chance like we got," Broussard said. "I thank God that we got a chance."

"We're glad we got to play," Pourciau said "We're good with playing. Peabody was the better team and we can live with that.