Barricades up along Lafayette parade route 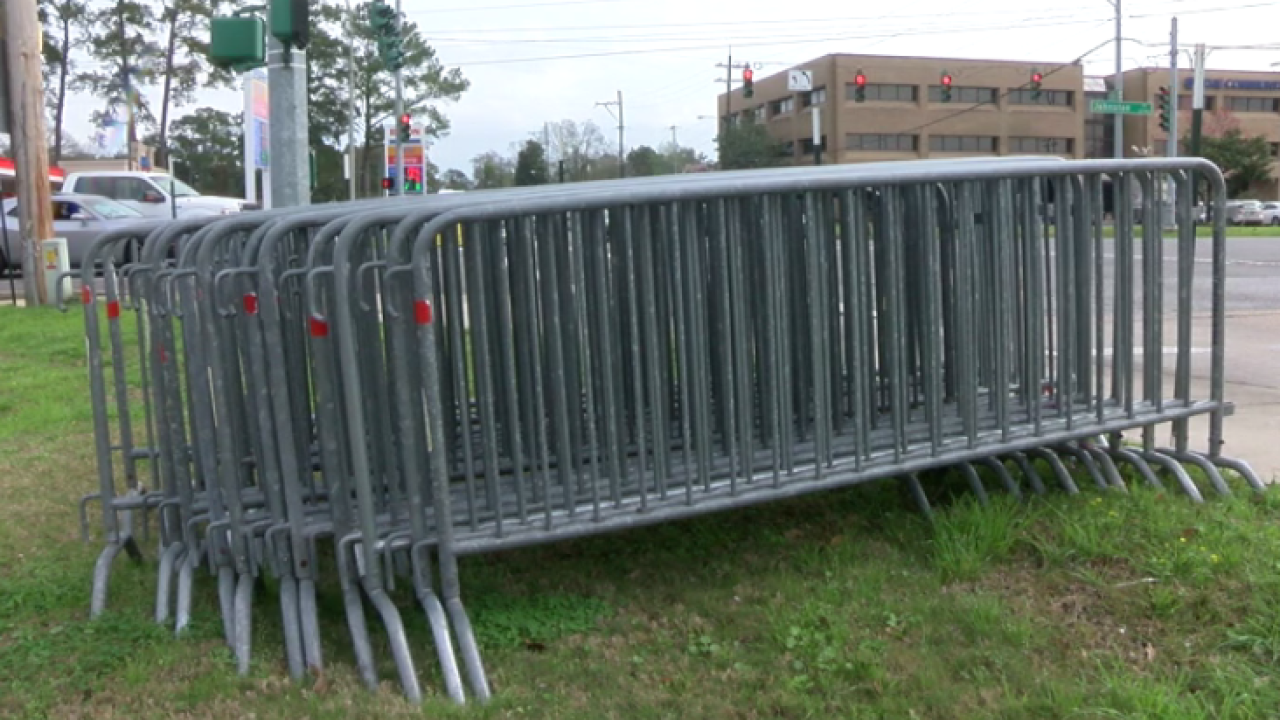 Crews were out at 8:00 am to finish the work started on Thursday along the front half of the route.

The barricades now extend down from E. Simcoe Street at Jefferson up to the route's end on N. College Drive at the Cajun Field Entrance (Reinhardt Blvd.)

LCG says barricades are placed to allow for turn lanes and major cross-overs along Johnston Street and N. College.

The Rio Parade will be the first to utilize the barricaded route when it rolls on Saturday, February 15 at 6:30 pm.

The parade travels a modified route through downtown without the use of metal barriers. The krewe says it allows spectators to get up close and personal to the parade.

For more on the parade: Krewe de Canailles walking parade steps off tonight

For a list of other parade events this weekend in Acadiana: 2020 Mardi Gras parades and events

And for those who will be out on the parade route this weekend, Daniel Phillips has a look at the weekend forecast: Forecast for all your weekend parade plans

Daniel's Friday WeatherCast 02/14/2020
Copyright 2020 Scripps Media, Inc. All rights reserved. This material may not be published, broadcast, rewritten, or redistributed.