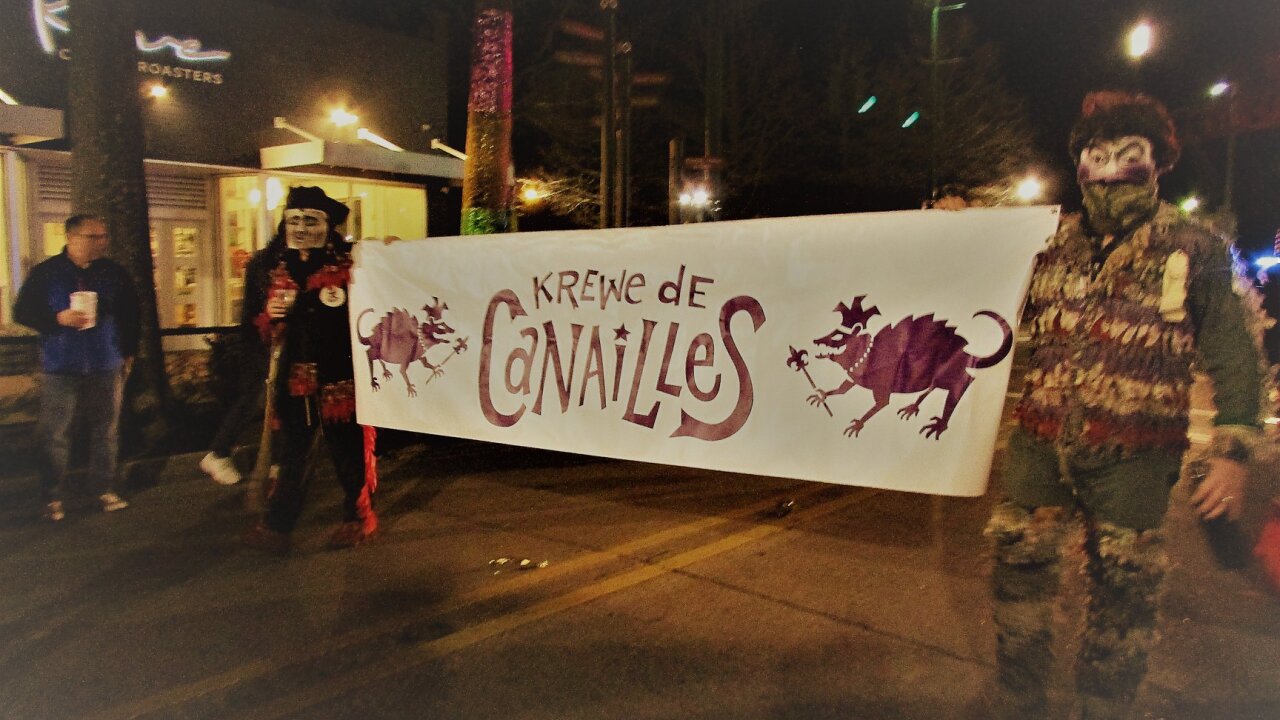 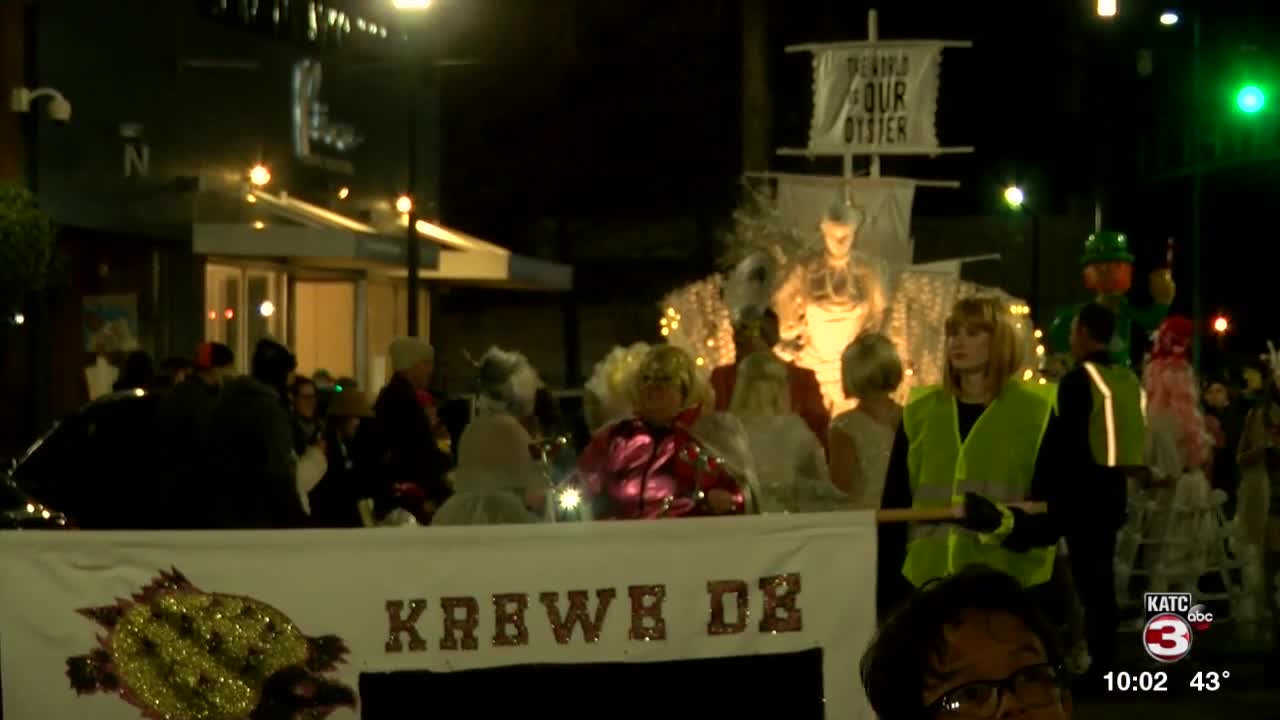 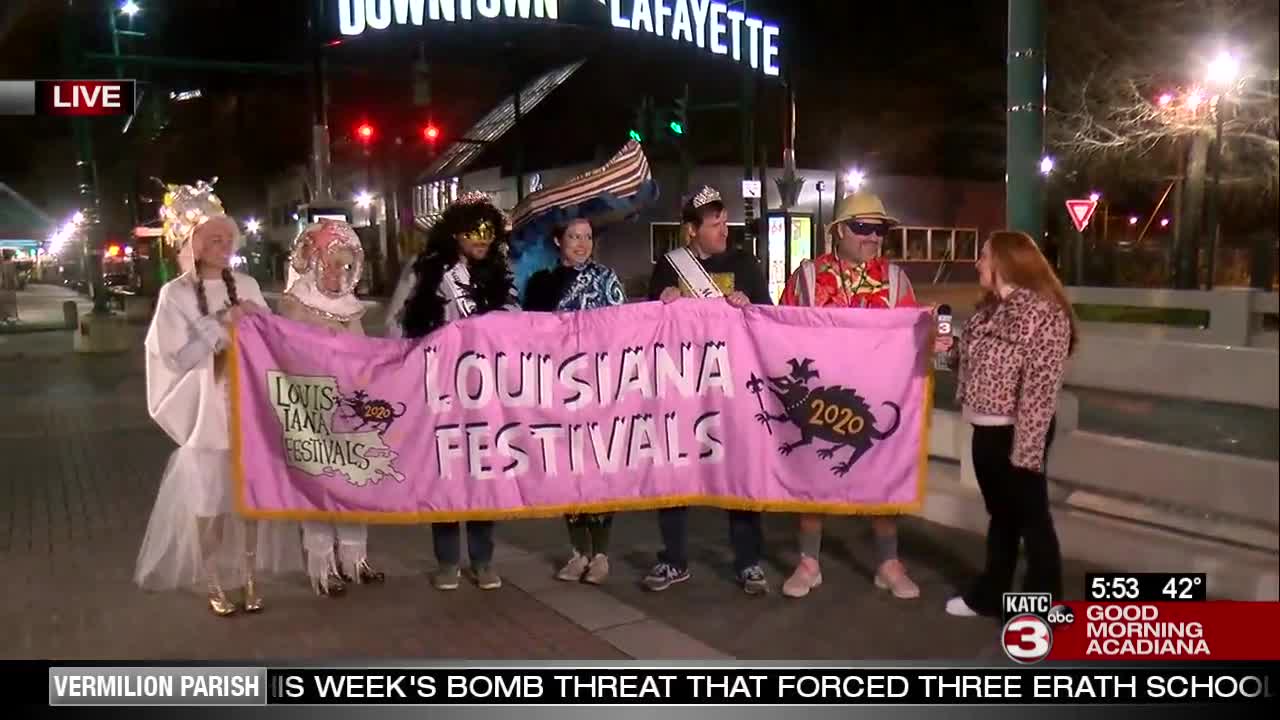 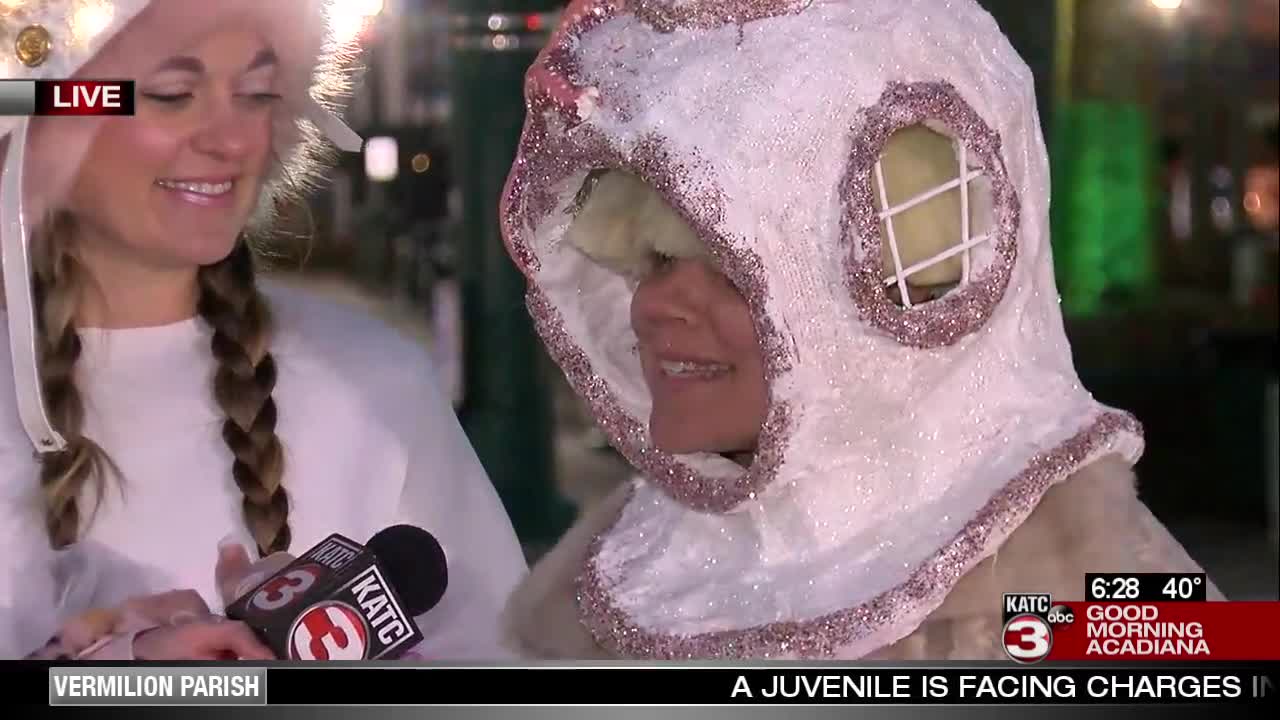 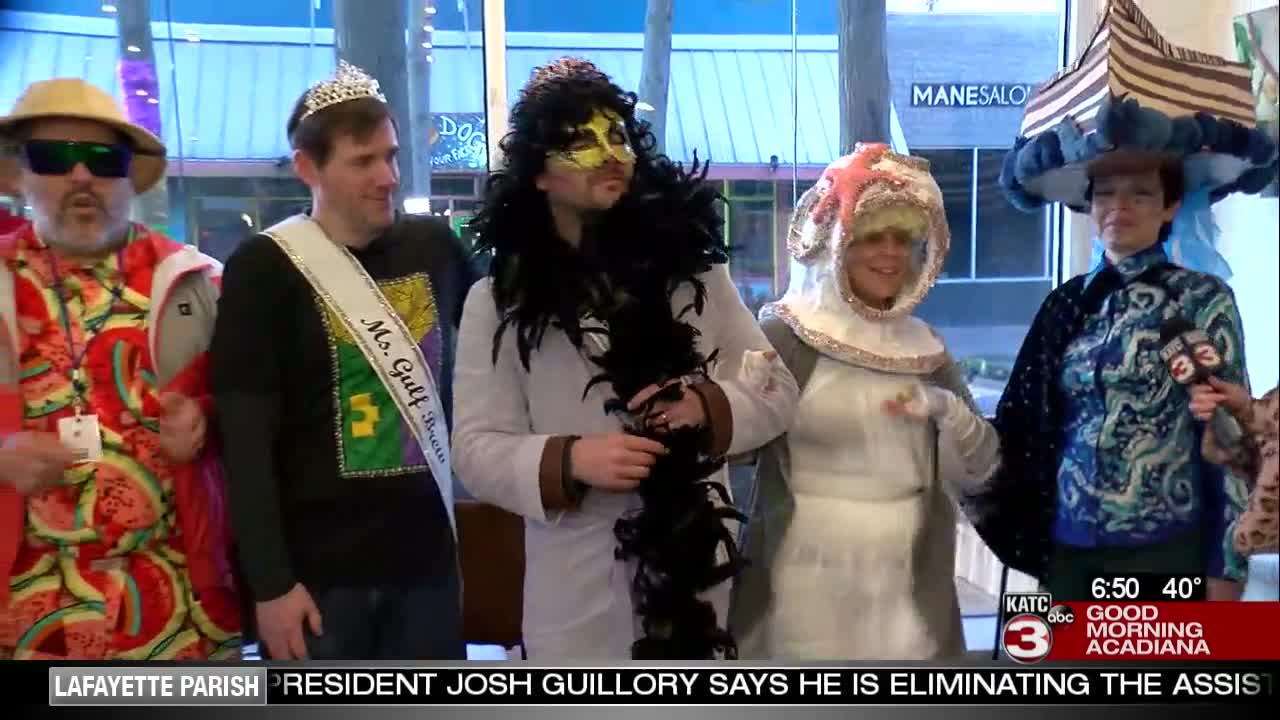 The "parade without barricades" stepped off Friday night in Downtown Lafayette.

The costumed revelers of Krewe de Canailles hit the streets beginning at 7:00 pm to bring the first Mardi Gras celebrations to Lafayette.

KATC's Abby Breidenbach was live with krewe members Friday morning as preparations were almost complete. Those videos can be found above.

The parade started on Jefferson Street and walked a modified route Downtown towards Warehouse 535. An after party at 535 was open to the public.

Year three of the parade celebrates Louisiana Festivals, like the Rayne Frog Festival, the Breaux Bridge Crawfish Festival, and the Giant Omelette Celebration.

Spectators were encouraged to dress up in costumes to match the wacky outfits of krewe members and bring noise makers to the parade route.

Find out more about the parade route and this year's theme at krewedecanailles.com.

Below are just a few of our favorite photos from this year's parade.