The Economic Development Districts and their accompanying taxes were officially enacted during the meeting. 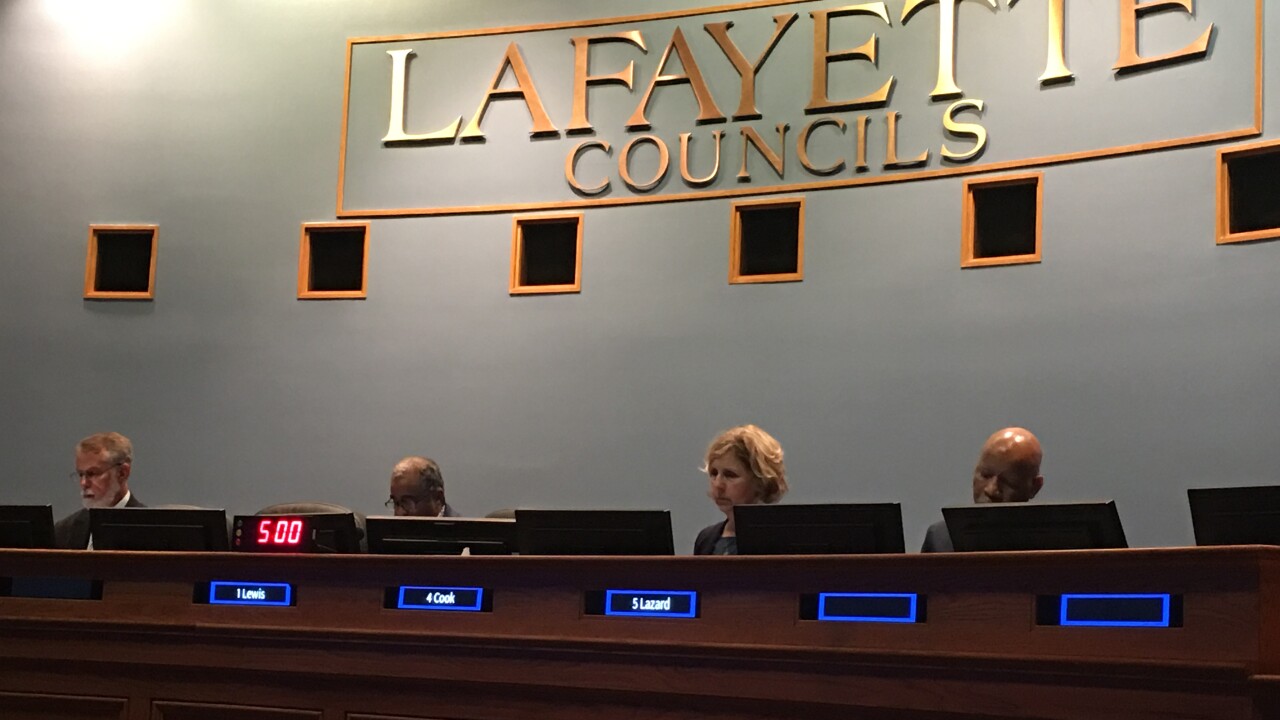 LAFAYETTE, La. — The Economic Development District Board of Directors met for the first time on Tuesday.

At Tuesday's meeting, the board members officially enacted the special taxing districts and approved the levying of two taxes within each district's boundaries.

The board also nominated and elected its officers for each of the five new special taxing districts.

The Lafayette City Council has oversight of the taxing districts.

The board also held a public hearing for each district before voting to levy and collect a 1% sales and use tax and a 2% hotel occupancy tax within the boundaries of each district that would start on July 1.

Several members of the community took to the podium to voice their opposition and support of the controversial districts that were approved at the final meeting of the Lafayette City-Parish Council on Jan. 3.

The public comments stretched the meeting well into the night until the last district taxes were enacted after 10 p.m.

All members of the board voted in favor of the districts except for Councilmembers Andy Naquin and Liz Webb Hebert who was absent from Tuesday night's meeting.

In December, a lawsuit was filed against the city of Lafayette in regards to the ordinances that created the districts.

Mayor-President Josh Guillory has stated his intention to introduce an ordinance to repeal the districts at the next Lafayette City-Parish Joint Council meeting on March 3 with the final vote expected on March 17.