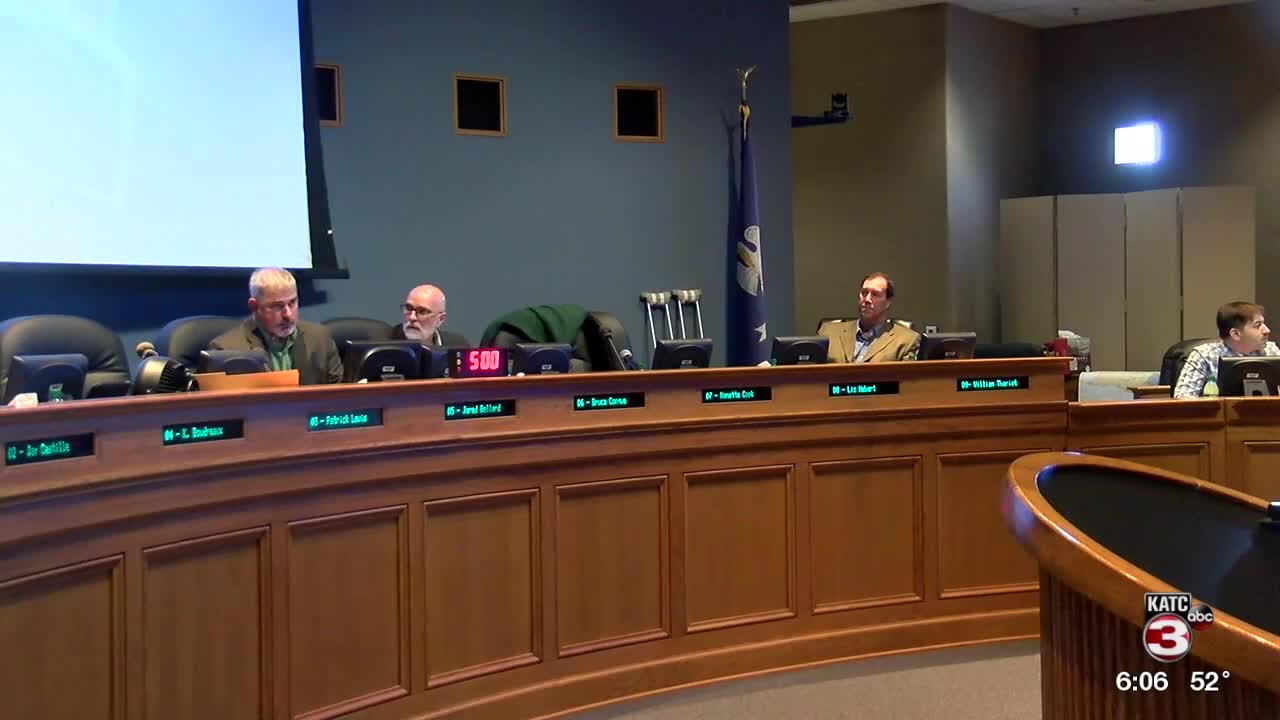 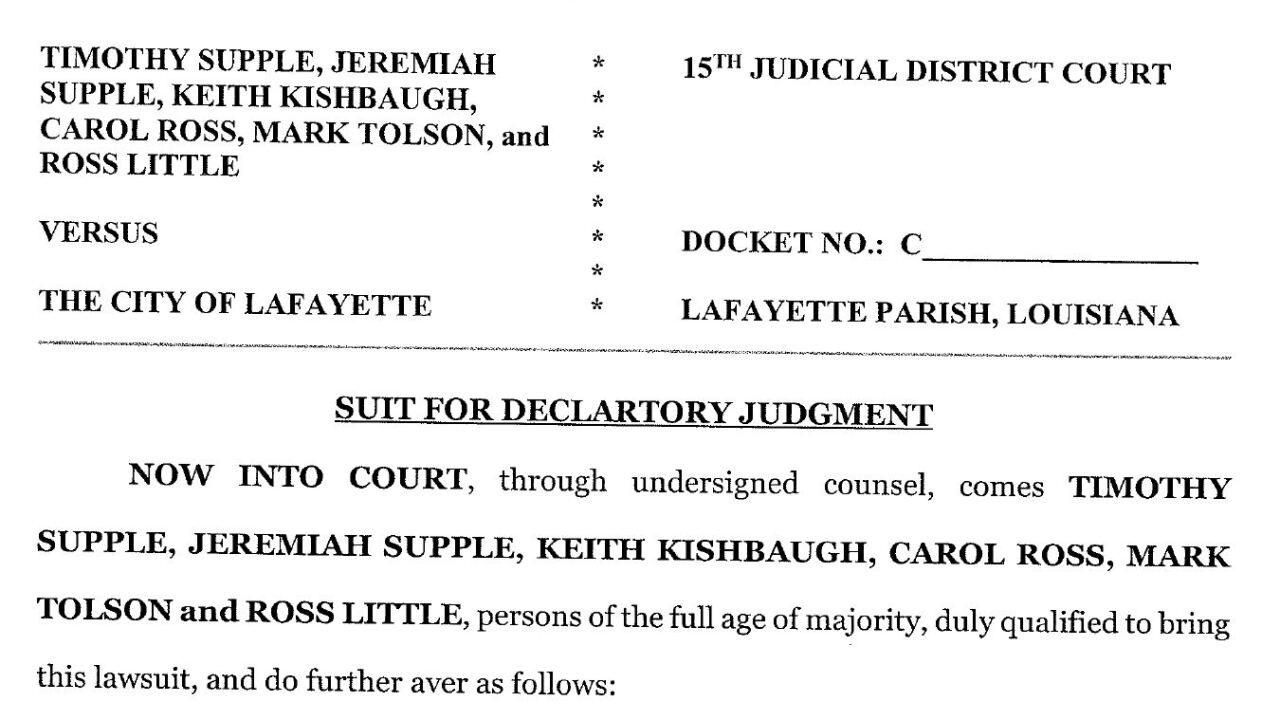 LAFAYETTE, La. — A lawsuit has been filed against the city of Lafayette in regards to ordinances that created economic development districts in the city.

The lawsuit claims that "the city-parish council did not follow proper procedures for introducing and adopting ordinances creating districts."

Lafayette attorney Lane Roy is representing the plaintiffs who include Timothy and Jeremiah Supple, Keith Kishbaugh, Carol Ross, Mark Tolson, and Ross Little, Jr. "What we want is for the city to comply with the notice requirements for these statutes these laws that were passed", Roy said, explaining why the suit was filed.

Roy says not only did the council not meet that threshold but also failed to notify the public 10 days prior to introducing the measures during their November meeting, "the notice requirements were not complied with here and as a result of that many people, including our plaintiffs did not know about the matter until the second meeting."

The tax districts were up for final approval at the December 17 city council meeting, where five out of the six were approved.

The districts were initially proposed by Mayor-President Joel Robideaux.

Incoming Mayor-President Josh Guillory released a statement in opposition to the districts, stating:

I am opposed to passage of the proposed new taxing districts being considered during the last meeting of the Lafayette City-Parish Council. I believe these matters are important enough that they should be held over until the new City and Parish Councils can give them thorough consideration and receive greater public input. This isn’t something we should rush through at the last minute without proper study and analysis.

The out-going council has scheduled two last-minute meetings Thursday and Friday to approve by-laws and select officers for those new tax districts.

The lawsuit can be read here.