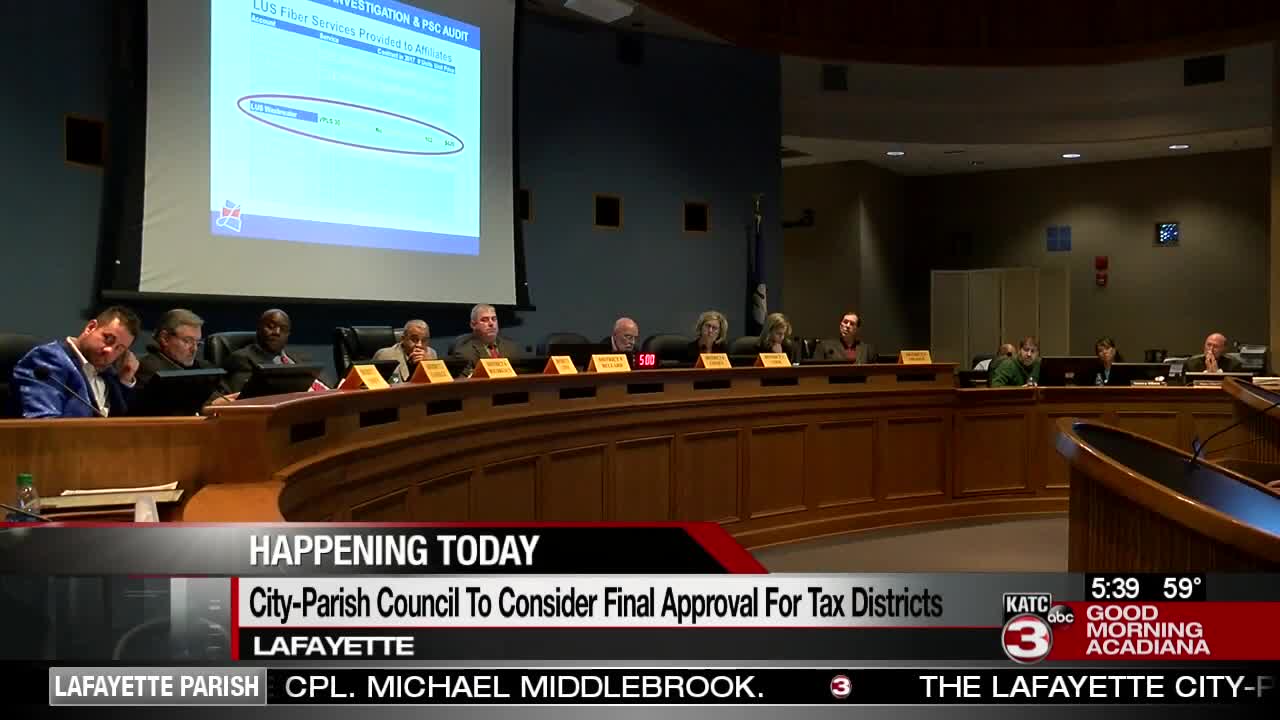 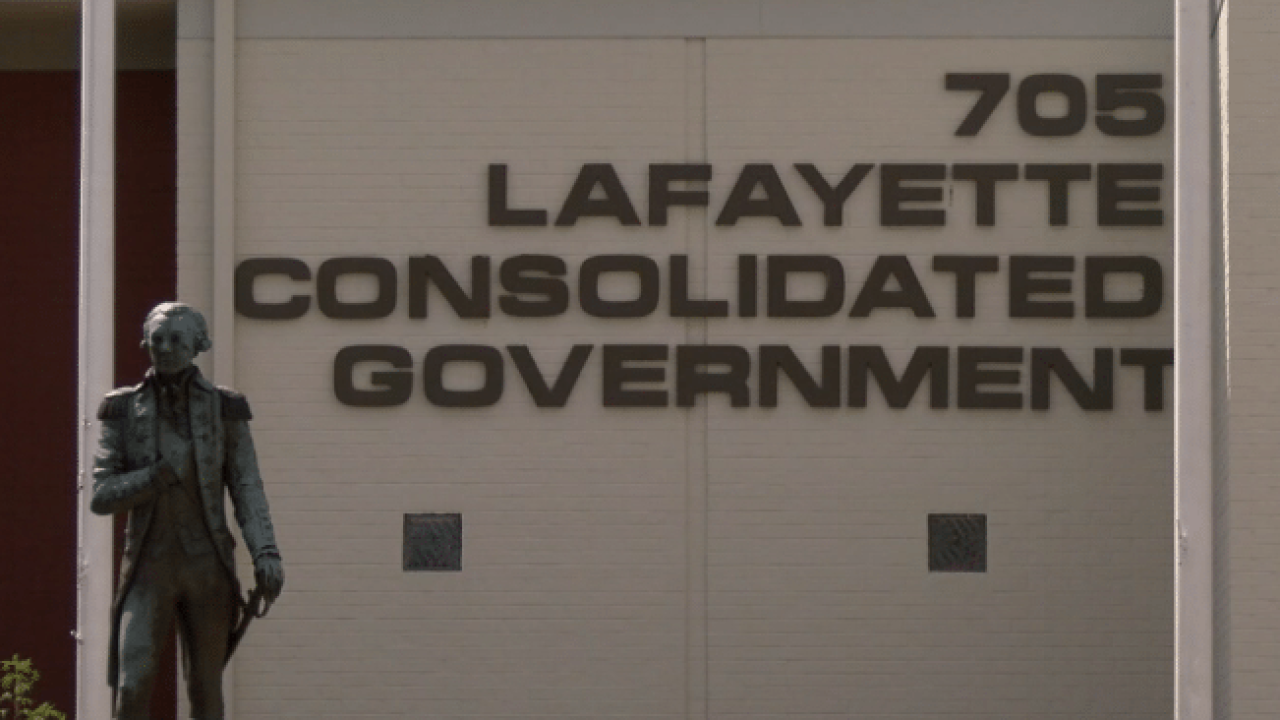 The meeting will be the final one for the consolidated council before it's split into separate city and parish councils on Monday, January 6.

Five of the six tax districts were approved at the last council meeting of 2019. Two meetings on Thursday and Friday were scheduled to approve by-laws and select officers for those new tax districts.

If the agreements are approved, the new city council would assume oversight of the taxing districts.

A lawsuit was filed against the city of Lafayette in regards to the ordinances that created economic development districts.

The lawsuit claims that "the city-parish council did not follow proper procedures for introducing and adopting ordinances creating districts."

To read more on the lawsuit: New details on lawsuit filed against LCG over new Economic Development Districts