Pope was sentenced to three years in the parish jail for each of his three convictions, with all but one year suspended. He will report to jail on Nov. 4. 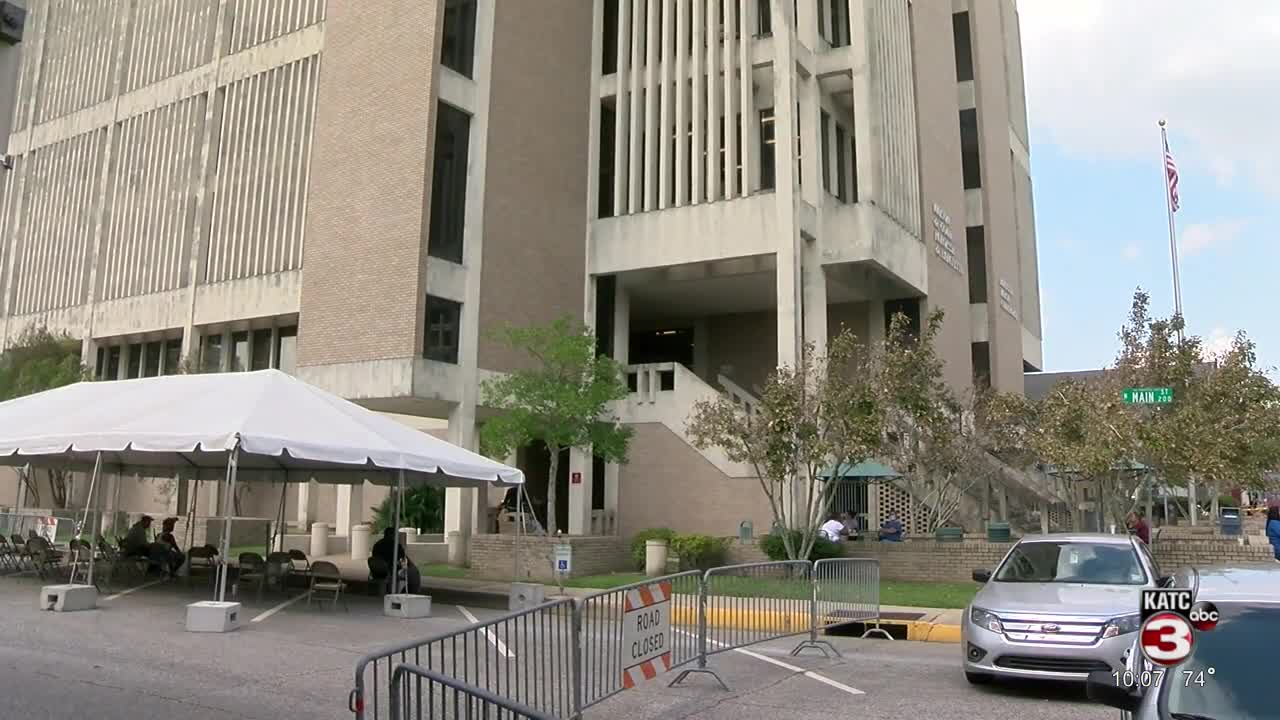 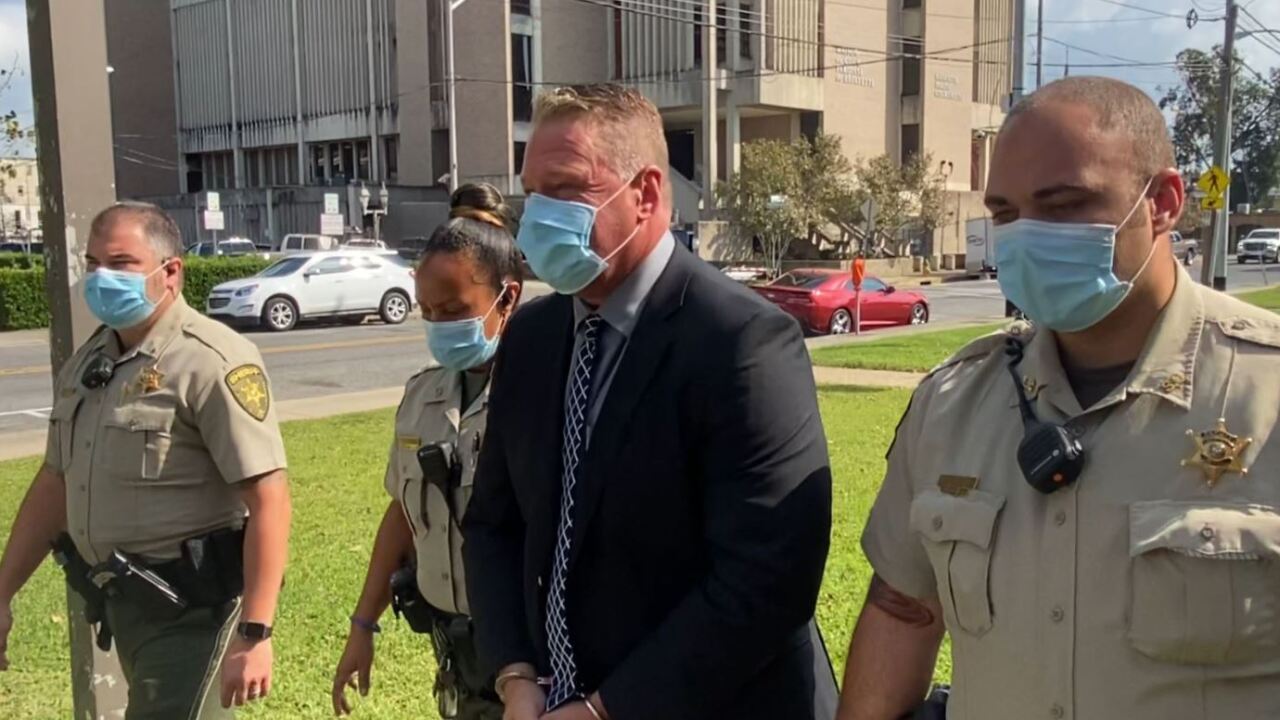 LAFAYETTE, La. — A district court judge sentenced former Lafayette City Marshal Brian Pope to his original sentence for his 2018 felony conviction on Thursday, which is three concurrent years in the parish jail for each of his three convictions with all but one year suspended.

He was then released after only spending an hour in jail.

According to Pope's attorney, he will remain out on his original bond until he reports back to jail on Nov. 4.

According to 15th Judicial District Judge David Smith, his original sentence for Pope will stand, and said that as part of Pope's original bond condition he was fitted with a GPS ankle monitor and given a nightly curfew.

Pope's defense attorney Brett Grayson argued that since Pope had been doing this for the past year that this should be considered home incarceration and Pope should be given credit for time served toward his one year sentence in parish jail.

"It kind of caught us off guard a little bit when we got in there that he would even try to claim that the home incarceration should be given him credit for time served for his parish jail time," said First Assistant District Attorney Danny Landry outside the courthouse.

"There was a curfew and GPS monitoring," Landry said. "They tried to take that position and said, 'Well, he’s done that for a year, so he should get a year’s credit for the parish jail time,' which we obviously opposed."

Smith said that it will ultimately be up to Lafayette Parish Sheriff Mark Garber to determine if the time that Pope served out on bond while wearing an ankle monitor will be considered home incarceration.

This will mean that Pope could get credit for time served on his one year jail sentence and leave jail as early as Thursday evening.

“The law is pretty clear,” said Landry. “We would have had to agree to it to be home incarceration and count towards incarceration, which we absolutely did not. And we did not have an adversary hearing to determine that. And the court didn’t order that. It was strictly GPS monitoring as a condition of his bond.”

Smith said that if Garber decides that Pope has not satisfied his one year of jail time, then he would suspend the execution of the sentence until Nov. 4.

Pope would then remain out on his original bond until then.

Pop was also sentenced to serve 240 hours of community service and a $500 fine for each of his three counts totaling $1,500. He was also ordered to pay $11,700 in court fees and serve three years of probation.

The sentencing comes after the state Supreme Court refused to hear an appeal from Pope earlier this month.

In October 2018, a jury convicted Pope of three counts malfeasance in office. The jury also found him guilty of a count of perjury, but the judge in the case dismissed it.

In June, the Third Circuit Court of Appeal affirmed Pope's convictions, but sent the case back to the district court for re-sentencing. Pope asked the state Supreme Court to review that court's affirmation of his convictions; the Supreme Court has refused to listen to his appeal.

On Oct. 3, 2018, a jury convicted Pope on four out of the seven charges he faced. Pope was found guilty on one count of perjury and three counts of malfeasance in office, stemming from a public records dispute with The Independent.

On June 19, 2019, Pope’s motion for acquittal on one count of perjury was granted by 15th Judicial District Judge David Smith. Smith also sentenced Pope to three years in the parish jail for each of his three convictions, with all but one year suspended.

To read about Pope’s extensive court case, check out our archive page here.

Pope also faces charges lodged against him by the state Ethics Board, and he is on probation for a civil contempt conviction stemming from a lawsuit filed against him by The Independent over public records.

After he qualified to run for re-election last month, two judges ruled his candidacy was invalid. Pope hasn't actually performed the job - or been paid for it - since he was suspended following his convictions.