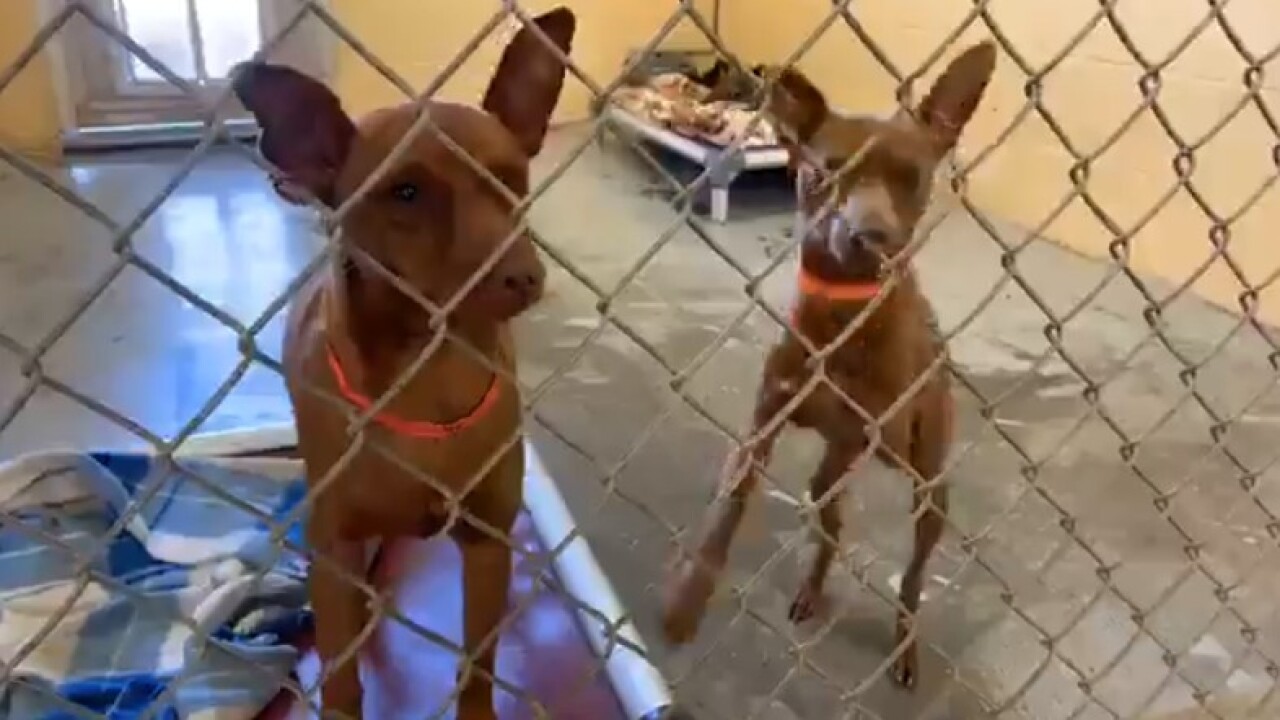 Nearly 100 animals were taken in by shelters in Lafayette in connection with the hoarding case out of Duson.

Acadiana Animal Aid says they have taken the majority of the animals totaling around 65 dogs. Those animals are currently being treated at the shelter.

The shelter showed video of the animals they have taken in, some of which are very frightened. Staff also noted that a few of the female dogs were pregnant. Following the seizure of the animals, which are mostly dogs, the vet team, Animal Aid staff and volunteers are working now to care for these animals.

They do need help paying for the medical care the animals need. Here's a post that explains how you can help:

In another Facebook post, the AAA team says they team responded to the emergency call in Duson to assist Lafayette Animal Shelter & Care Center. Overall, 65 Miniature Pinchers and Schipperkes were taken in by AAA while an additional 30 went to the Lafayette Animal Shelter, where they were held until another rescue could come pick them up. A few reptiles and some cats were also seized. Those also went to local rescues.

The staff at AAA says they are getting some help with the numbers.

"In the midst of it all we were loading one of our routine transports to Florida and our wonderful partners, Loving Friends Transport and Humane Society of Sarasota County, showed no hesitation when we asked for their help, saying YES to taking in 23 of the 65 dogs!" AAA said in the post.

"Many were frightened, malnourished, heartworm positive, and have medical conditions we will be exploring more closely," the post stated.

Watch the video below: