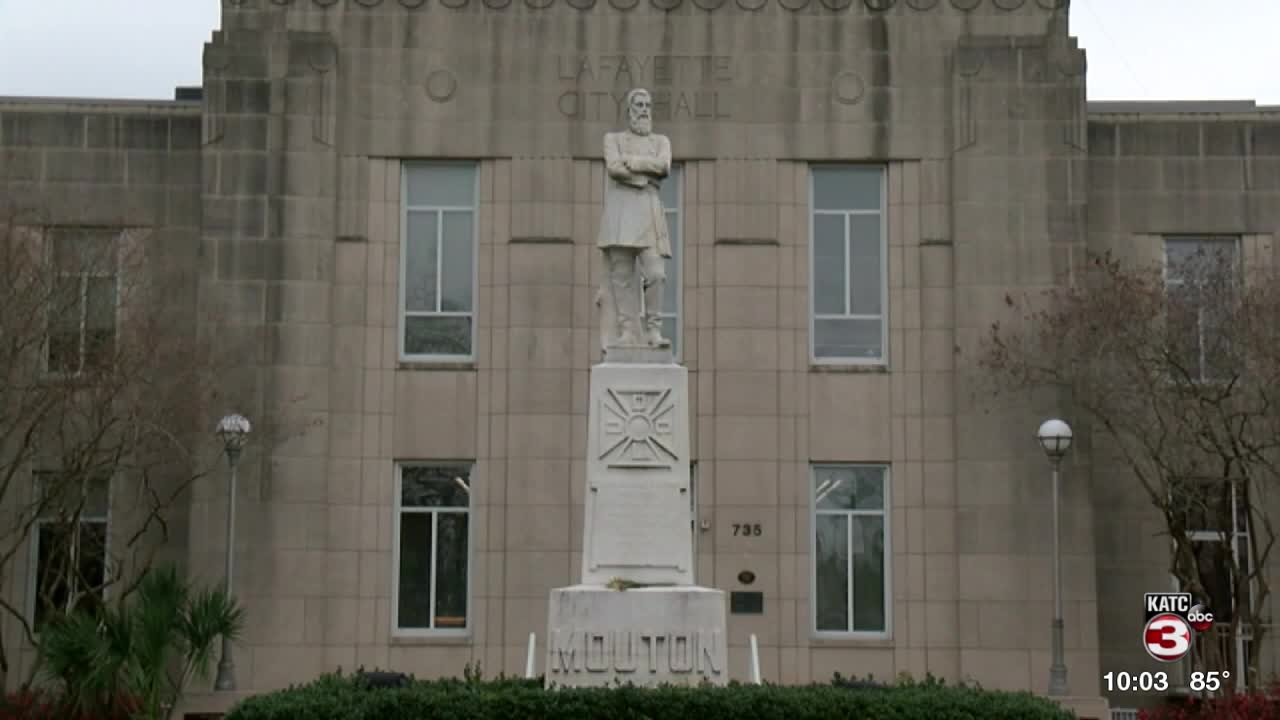 "It's the proper move for the community. We can't have symbols in prominent public places that are constant reminders of the travesties that were imposed on black people."

At least one Lafayette City Council member is in favor of plans to remove the Mouton statue. The city council will likely face a vote on the matter.

Last night, Mayor-President Josh Guillory announced plans to remove the statue, but a few things have to happen before it's removed, including action from the city council.

The Mayor-President says he will ask the council to pass a resolution in support of removing the statue.

We reached out to the council members to see where they stand on the statue being removed.

"I don't think it's proper to have this particular monument in the middle of downtown Lafayette," said District 5 City Councilman, Glenn Lazard.

Lafayette City Council member, Glenn Lazard has been vocal on his position on the statue of General Mouton being removed.

He says the Mayor-President's announcement was the right decision.

"It's not about erasing history, it's about putting history in it's proper perspective. These monuments and statues only tell one side of the story," said Lazard.

"I've had many emails for it and many emails against so at this point I am not going to express an opinion on it," said Naquin.

So far, no time lines on when the council will be faced with a resolution.