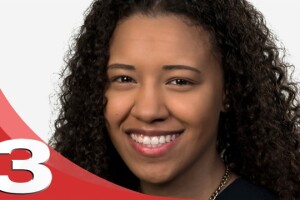 Eman Boyd is a native of Opelousas, La and earned her Mass Communication degree from the University of Louisiana at Lafayette in December 2019. She joined the KATC team as a producer and reporter in January 2020. She is no stranger to the station, as she previously interned during her final semester of undergrad. As an intern, she produced feature and hard news stories for the station. The highlight of her time as an intern was working the gubernatorial election night in November 2019 and her story on Drew Brees' Lafayette lookalike, Jeremy Hohle. The story aired during the evening newscast and for the CBS affiliate WWL in New Orleans.

In her free time, she enjoys playing basketball, attending concerts, and spending time with her family. She is an active member of the National Association of Black Journalists, Broadcast Education Association, New Orleans Video Access Center, and Louisiana Film and Entertainment Association. Eman is excited to be near her hometown and looks forward to covering stories throughout Acadiana. You can follow Eman on her Facebook and Twitter pages!