Ville Platte residents come together in prayer for community 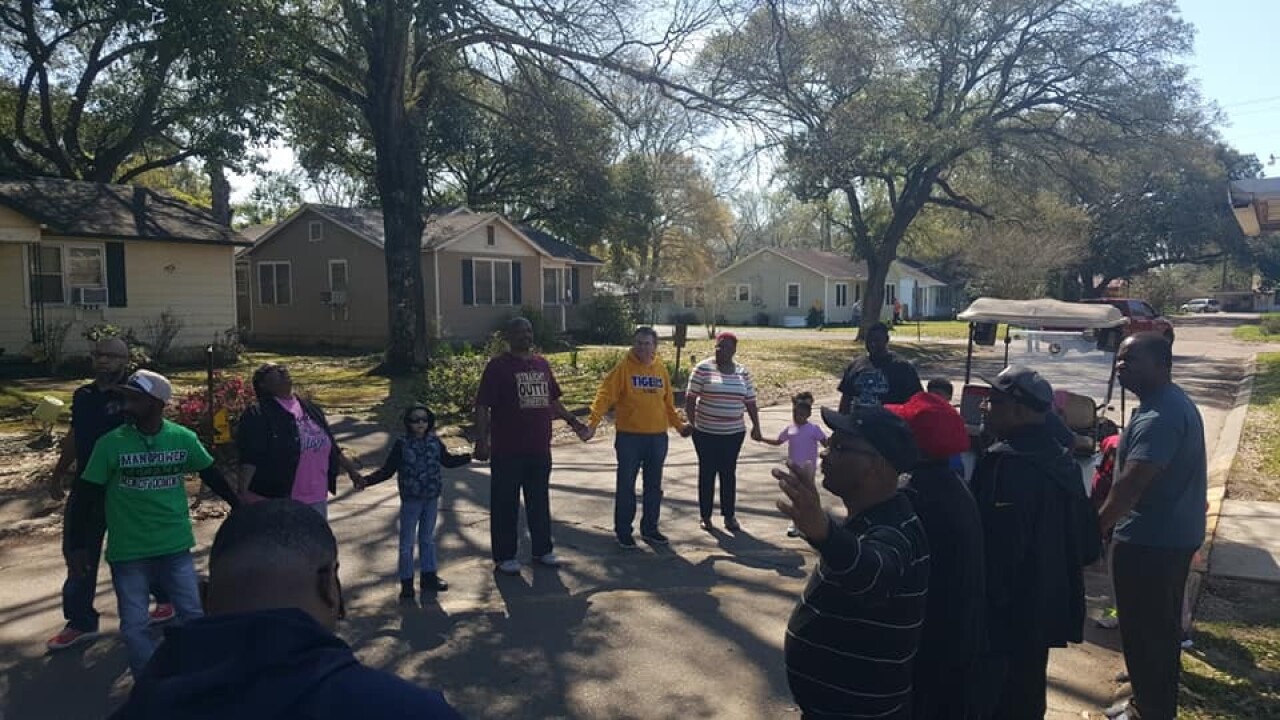 Residents of Ville Platte came together Saturday morning for a community prayer walk.

Organized by local pastor Rev. Jermaine Tezeno, the walk began at the Media Center on Harvey LeBas. Residents then walked through the community, praying at various locations.

Photos and video provided to KATC show residents standing in a circle, joining hands with one another, as they prayed.

The walk was organized after many residents voiced their concern about the amount of crime in the city.

One resident said he was worried about his and his family's safety.

Mayor Vidrine said in a radio interview last week that she was considering calling in State Police or the National Guard. At a meeting on Tuesday, the City Council unanimously approved an increase of police officers' salaries from around $11/hour to $15. Vidrine said the investment will allow for more "boots on the ground."

The walk also took place days after a Ville Platte woman went missing, and on the day an arrest was made in her disappearance. Joyce Thomas was last seen on Wednesday. Read more on that HERE.

All photos/video courtesy of Adam Toussaint