The mayor says she may call in State Police or the National Guard to help with a crime wave in the city. 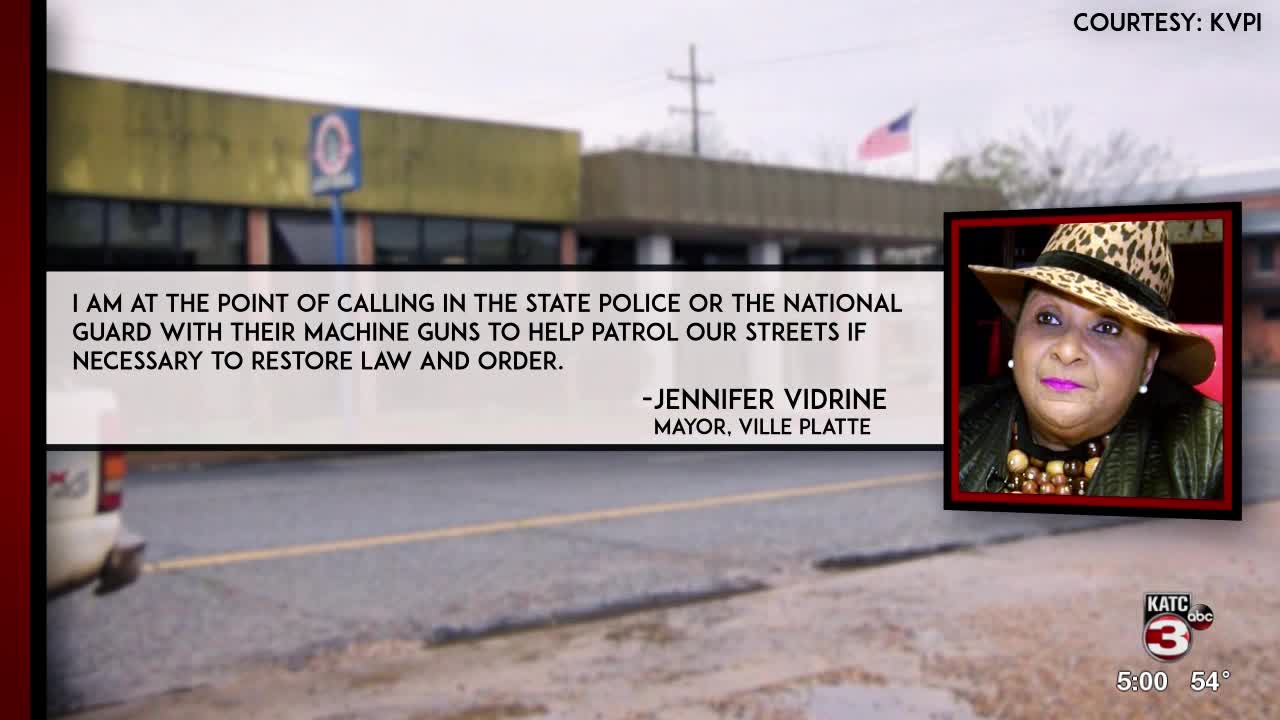 VILLE PLATTE, La. — On a cold, damp day, crime is a hot topic in Ville Platte.

"Every other day its something else," said resident Samantha Faulkner. "You can't go a day without crime here."

"I'm very uncomfortable and I worry about my family and safety, everybody; it's taken over," said resident Joseph Dupre. "We're at the point of no return. You have to police yourself."

Mayor Jennifer Vidrine addressed those concerns at a Rotary Club meeting and with the city's radio station KVPI.

"I am at the point of calling in the state police or the National Guard with their machine guns to help patrol our streets if necessary to restore law and order," Vidrine told KVPI.

But residents don't see that as a solution.

"It'll be a temporary fix, you need more of a permanent fix, more police officers definitely," Faulkner said. "We need a major increase in law enforcement."

"Because with all the gun violence going on someone will eventually get killed and that's the horror behind all of this," Vidrine told KATC last week, when she confirmed that the city is looking at more crime cameras and investing in the police department.

"We have money in our police budget for 10 new patrol men to be added to the police force," she said. "So, hopefully we will have boots on the ground."

According to Ville Platte Police Chief Neil Lartique, starting pay is around $11 an hour, and the council is looking to bump it up to $15.

During the last Ville Plate City Council meeting on Feb. 11, Lartique announced that he is forced to have only one officer on patrol per shift and that the Evangeline Parish Sheriff’s Office along with the state police and the city marshal have offered to help with backup.