KATC INVESTIGATES: Questions over who qualifies for city marshal in Lafayette 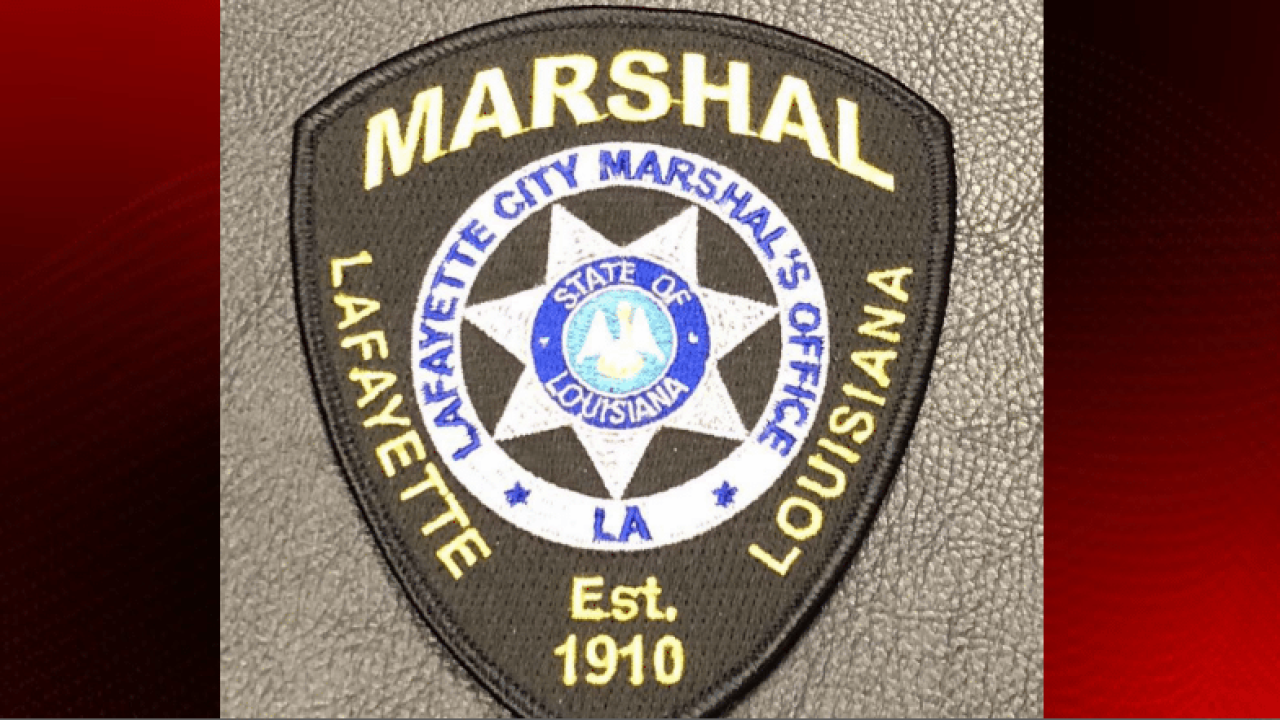 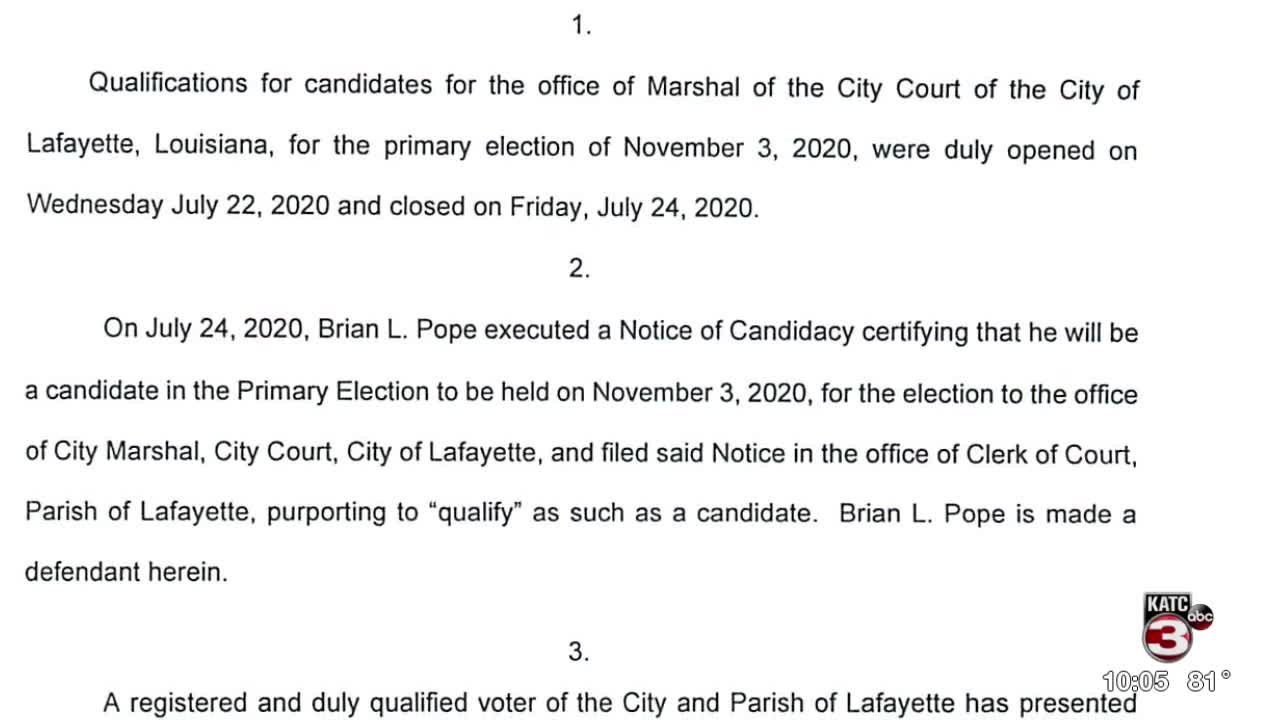 LAFAYETTE, La. — KATC Investigates is looking at the requirements to be Lafayette's city marshal after at least one of the candidates' qualifications has come under scrutiny.

District Attorney Keith Stutes has requested an expedited hearing to object to the candidacy of Suspended Lafayette City Marshal Brian Pope who has qualified to run for re-election to the office in the Nov. 3 election. A court record reportedly claims Pope does not meet the statutory and legal qualifications for the city marshal’s office because he was not registered to vote at the time that he qualified on July 24.

KATC Investigates has confirmed with the Lafayette Parish Registrar of Voters that Suspended Lafayette City Marshal Brian pope is the only candidate running for city marshal who is unable to vote in Lafayette.

Pope was suspended as a voter on Dec. 6, 2018, which is about two months after his felony conviction. However, despite his conviction and the Third Circuit Court of Appeal upholding it, Pope is still eligible to qualify until he exhausts the entire appeals process with the Louisiana Supreme Court.

According to the Secretary of State's Office, qualifications to run for the city marshal's office include being a resident elector of the territorial jurisdiction of the court, or that they be a registered voter in the jurisdiction that they qualify to run for office. Candidates are also subject to the provisions of the Campaign Finance Disclosure Act that requires them not to owe any outstanding fines, fees or penalties if any were previously due. They also must not owe any outstanding fines, fees or penalties pursuant to the Code of Governmental Ethics.

But according to the Louisiana Ethics Administration, Pope still owes $2,500 for not filling a 2018 annual report. Officials with the ethics administration also tell KATC Investigates that Pope owes an additional $2,500 because he filed for a waiver of a fine in 2013, and he was given a waiver based on future compliance. So he now owes a total of $5,000 in ethics fines.

"It's not fair to the other candidates in this marshal's race" Aimee Robinson said.

Robinson is one of many who called the DA's office about Pope.

"He wants to run for office in a place in which he is not registered to vote, you haven't voted since December 2018 but you want to be an elected official."

Besides having to verify they don't owe those fines, the qualifying form itself states that if a candidate claims a homestead exemption for their residence then they must be registered to vote in the precinct where that residence is located.

According to the Lafayette Parish Tax Assessor, all candidates who have qualified to run for city marshal are registered to addresses within the city limits of Lafayette. But at least one candidate claims a homestead exemption for a home outside the city of Lafayette, which is different from the address they registered to vote at.

According to the tax assessor, Nathan Broussard claims a homestead exemption for a residence in Scott, but he qualified for the race using an apartment in Lafayette. Broussard told KATC Thursday night, that he will remove the exemption after his house sells. According to Zillow, his address is off market.

[UPDATE: As of July 31, records show that the homestead exemption has been removed for Broussard's residence in Scott.]

Duson Police Chief Kip Judice also owns a home in Scott and lists a Lafayette residence on his qualifying form. However, Judice requested the homestead exemption be removed earlier this year, according to the assessor's office. Judice told KATC Thursday night he cannot claim the exemption on his new home, because he is leasing to own. He says he moved to into the Lafayette home in January.

Any challenges to candidates in this race must be made before Friday, July 31 at 4:30 p.m.

According to the District Attorney's Office, under the law a resident can present a written request outlining the reasons they feel the individual does not possess the correct qualifications and request the district attorney's office to investigate.

"You basically sue them, and they get an opportunity to explain to the courts why they are eligible for the position, but we can't make any comments unless the information has been presented to us" ADA Daniel Landry said.

The law also allows an individual to file an objection to a candidacy themselves with the Clerk of Court's office within the proper time period.

Key Dates and Deadlines for Louisiana