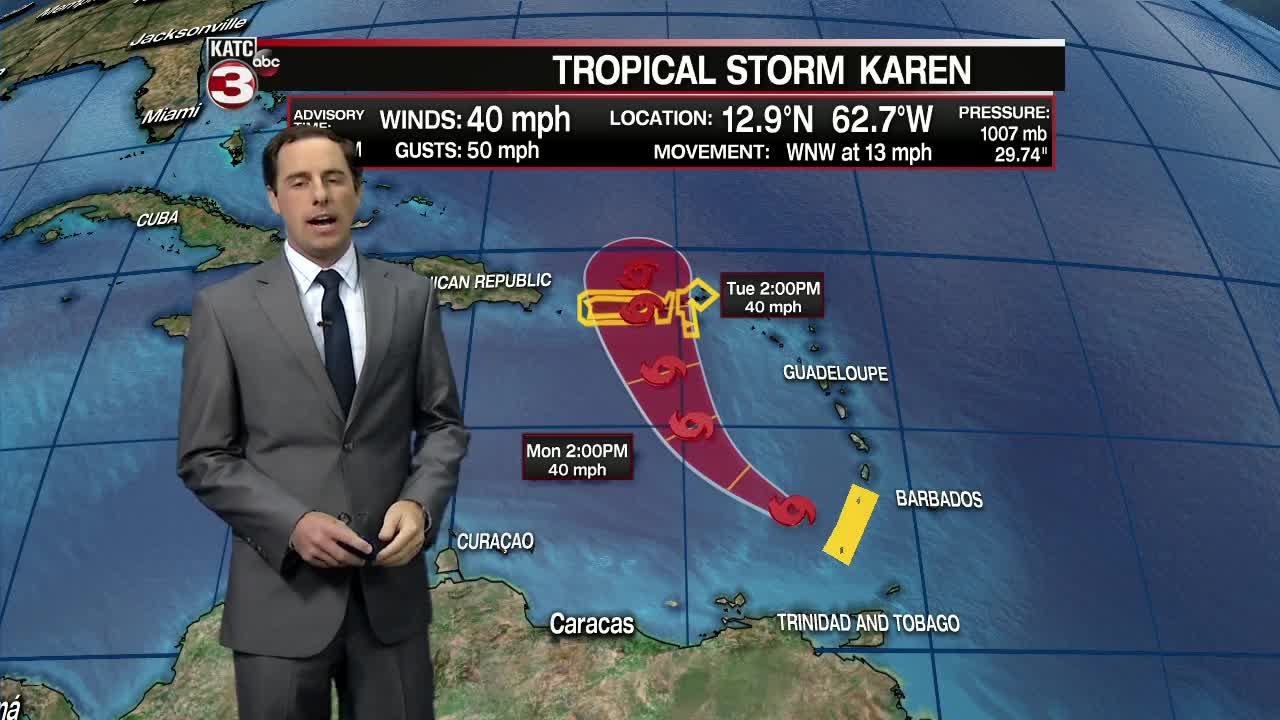 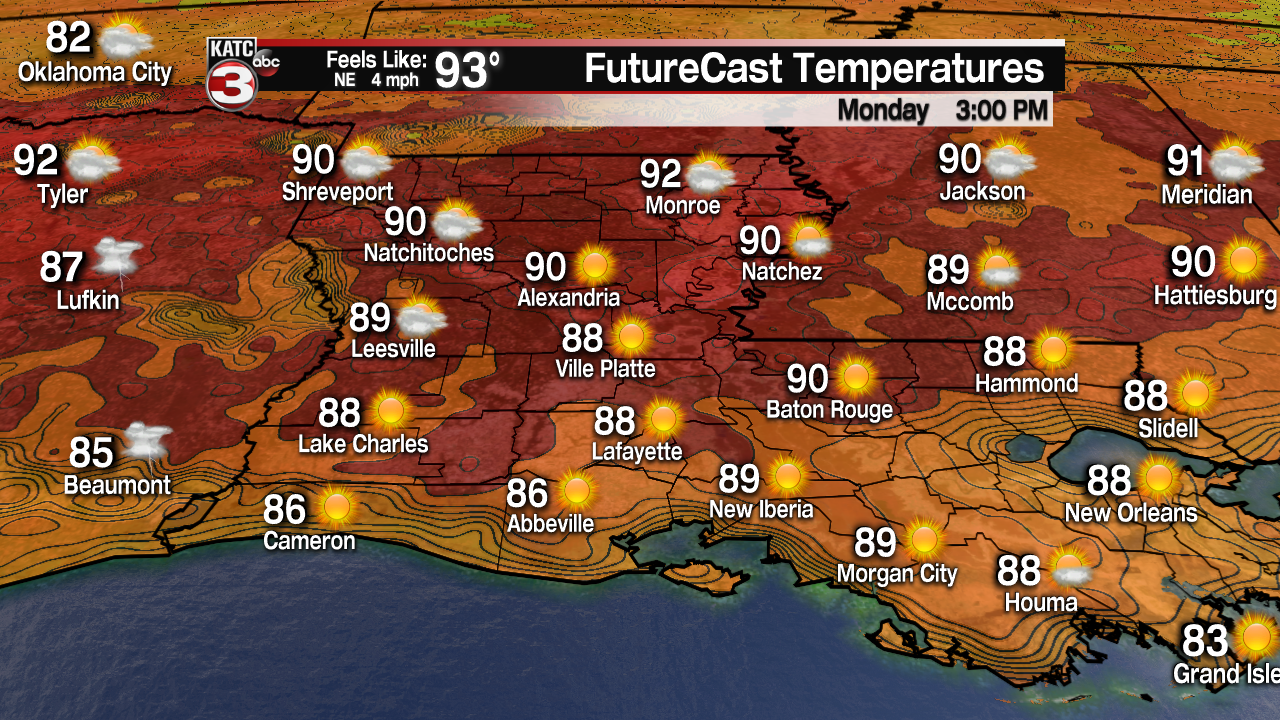 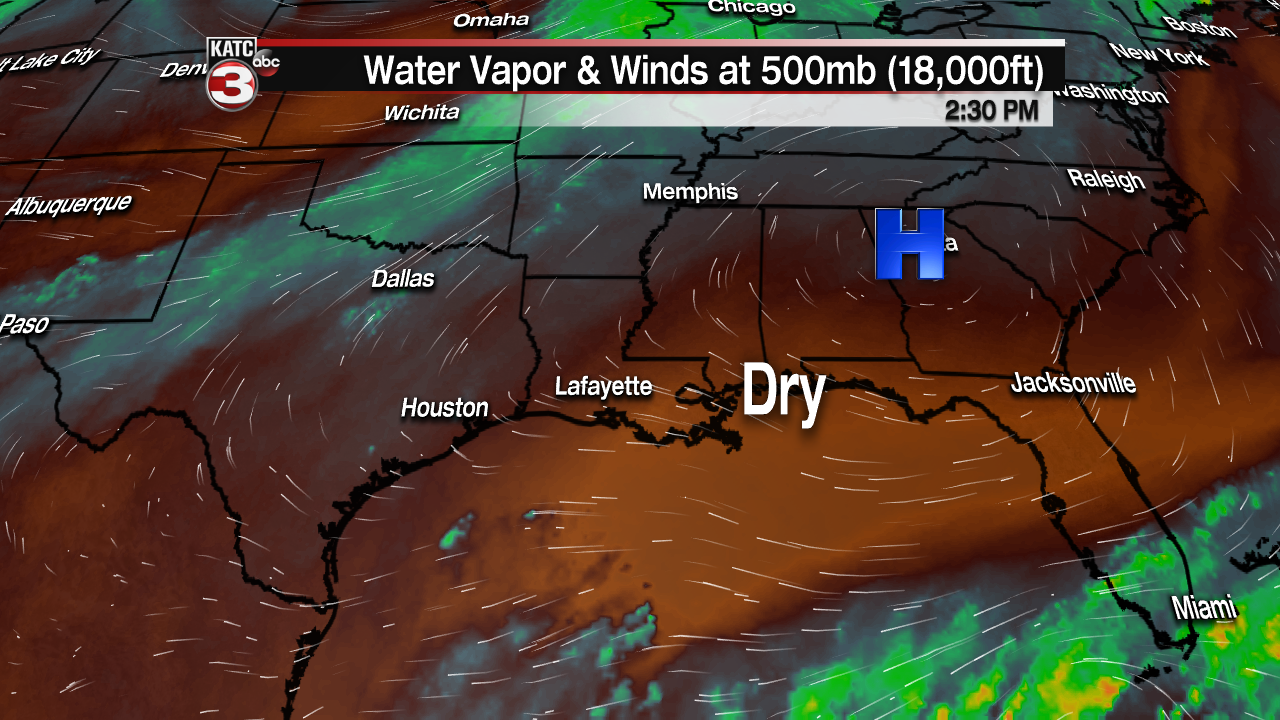 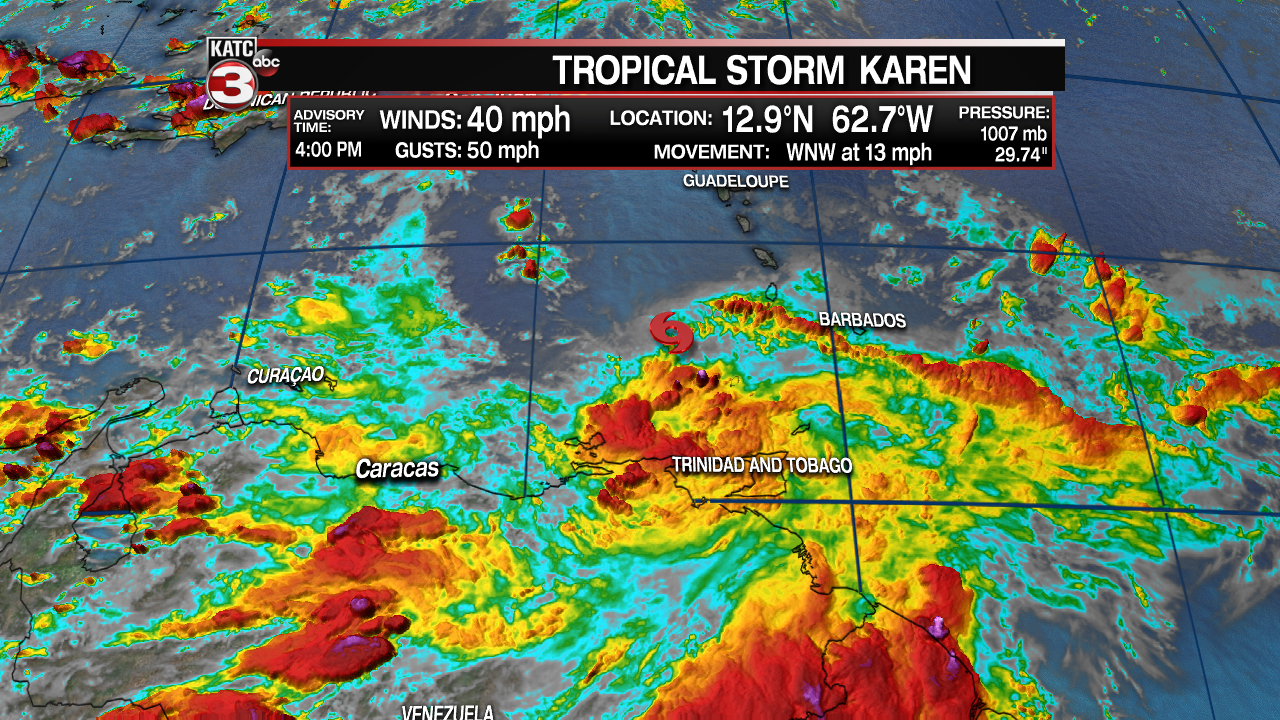 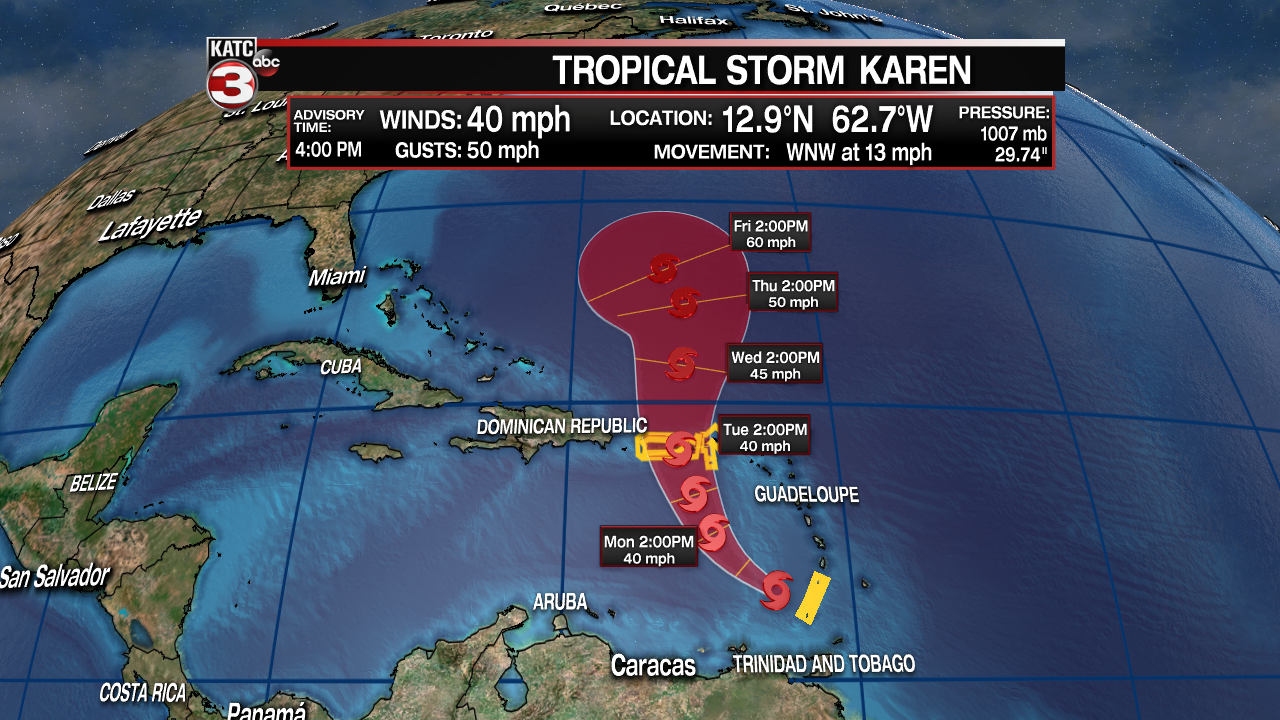 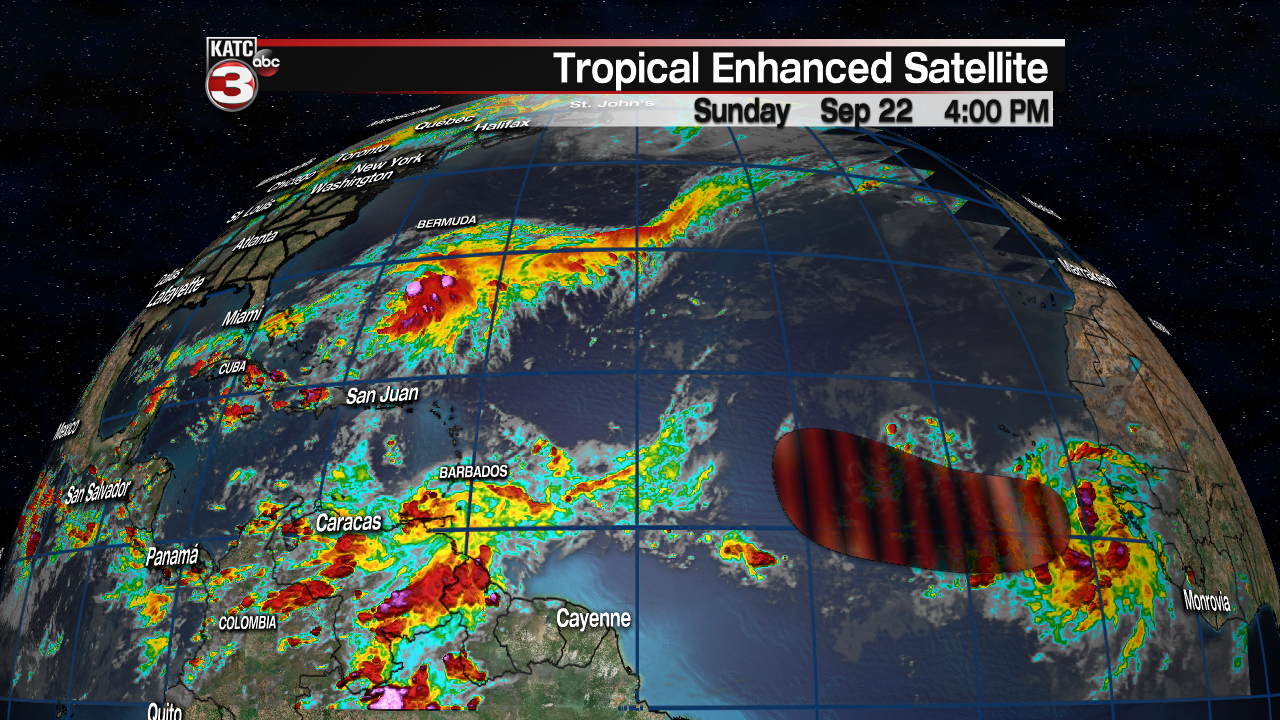 Fall officially starts at 2:50 Monday morning but it is going to feel very much like summer this week with highs in the upper 80s to lower 90s under mostly sunny skies.

The reason for the dry and warm weather this week is a ridge of high pressure in the upper levels will be pushing down dry, less humid air over the southeast.

This dry air will help to make it feel quite pleasant at night and in the morning as lows will dip down into the upper 60s to lower 70s this week.

By Friday and into the weekend it will stay on the warm side with highs near 90 but a bit of tropical moisture could try to slide over the region causing a few stray showers (20%) to pop up during the afternoon.

Then going into the following week we might need to keep an eye on the Gulf as a tropical system could be heading our way increasing our rain chances.

Speaking of the tropics this morning Tropical Storm Karen formed with 40 mph winds in the southern Caribbean.

The structure of Karen is rather disorganized with most of the convection on the southwestern side of the storm as the system is running into some wind shear.

Karen is projected to remain a weak tropical storm as it moves to the north and should pass right over Puerto Rico Tuesday afternoon bringing gusty winds and heavy rains to the island.

Tropical storm watches have been issued for Puerto Rico, along with the US and British Virgin Islands.

Once Karen crosses over Puerto Rico and moves into the Atlantic it should run into a slightly more favorable environment allowing the storm to gradually strengthen to a strong tropical storm by the end of the week.

Near day 5 the track starts to turn back to the west as a ridge of high pressure will block Karen and swing it towards Florida.

The last couple runs of the European model do show Karen maybe becoming a hurricane as it heads for Florida by next Monday and then moving into the Gulf.

Thus, we will need to monitor Karen closely over the next week to see what ends up happening but there is a decent chance Karen could eventually head our way by the start of October.

To go along with Karen Tropical Storm Jerry is holding with 65 mph winds as it encounters unfavorable conditions in the open Atlantic.

The good news with Jerry is that the latest track has shifted a little more to the west of Bermuda but as Jerry pushes by the island they will still see rounds of heavy rains and gusty winds Tuesday evening into Wednesday.

Lastly, the hurricane center is watching a tropical wave moving off the Africa coast giving it a 90% of development over the next couple days.

The models agree that this system will likely become Tropical Storm Lorenzo soon but this storm should turn to the north and stay out in the open Atlantic away from any land masses.