Staying warm and sunny/Update on Tropics 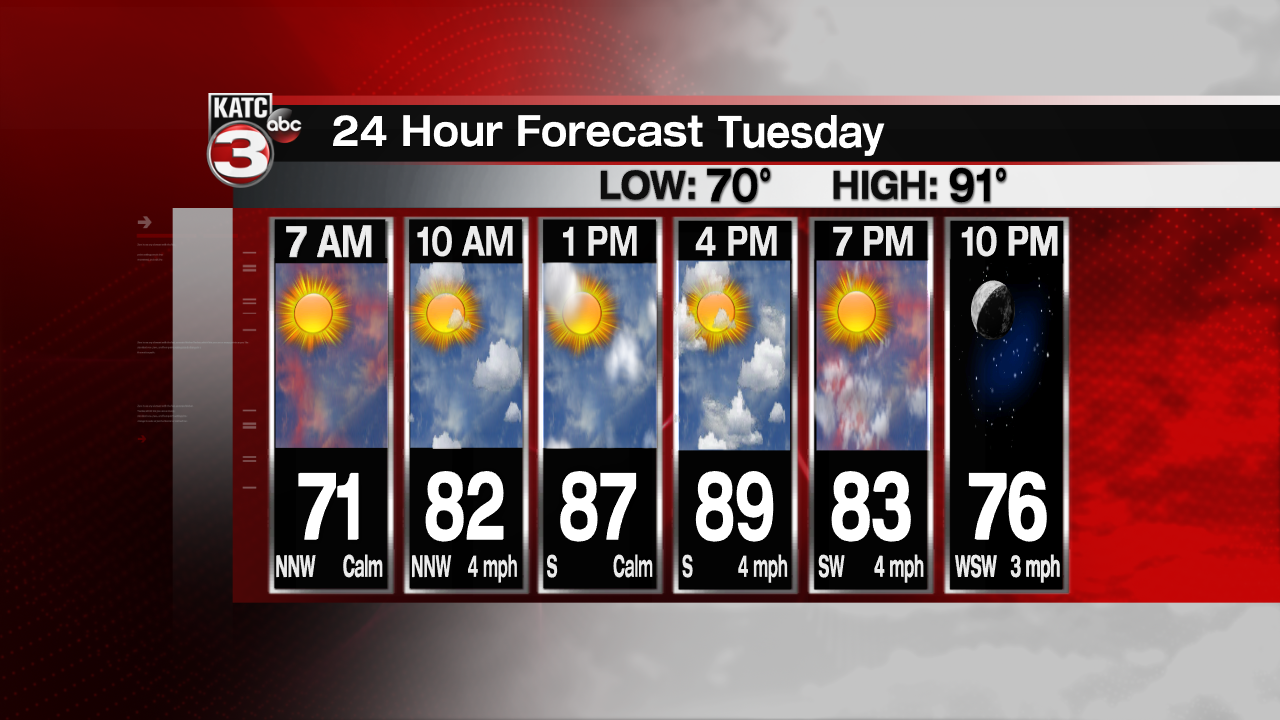 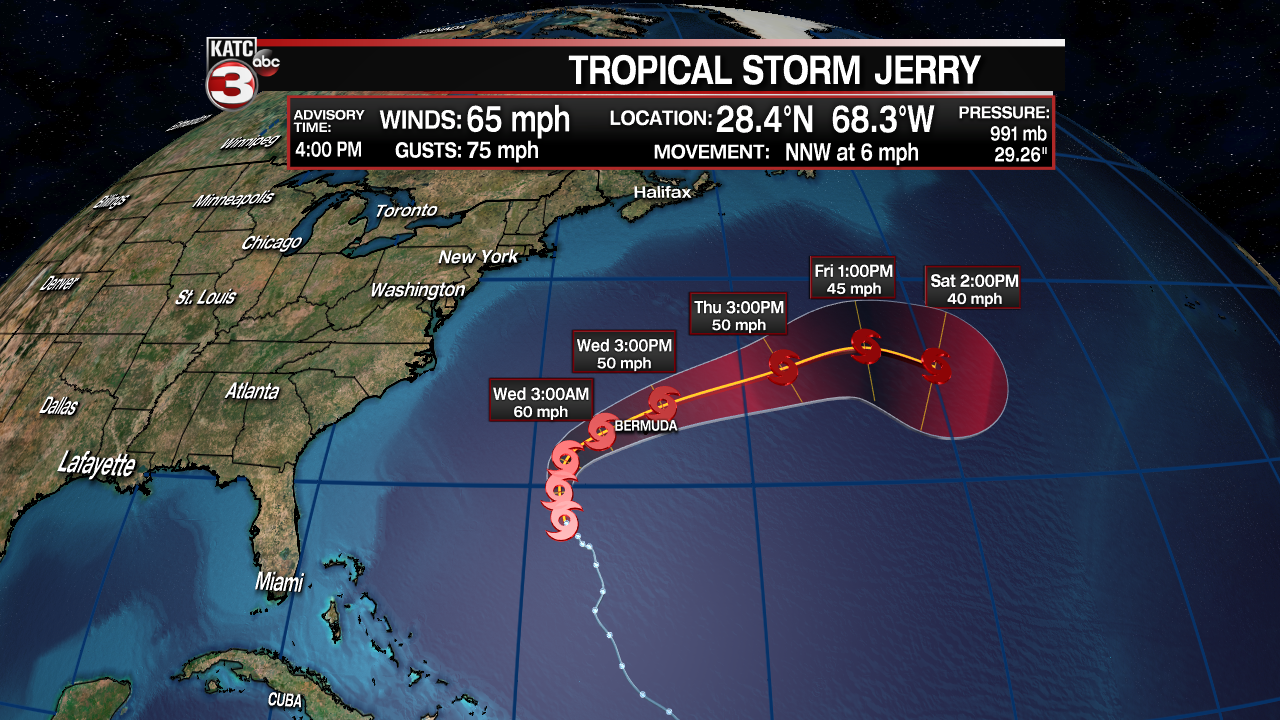 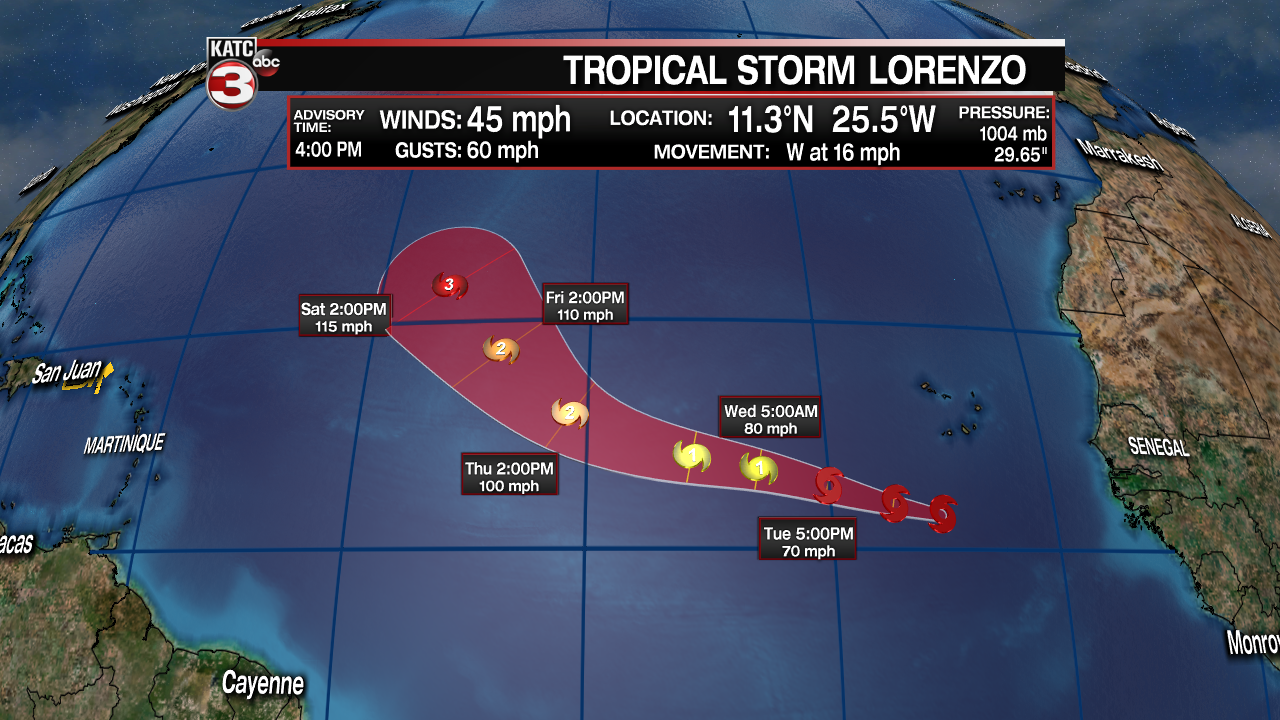 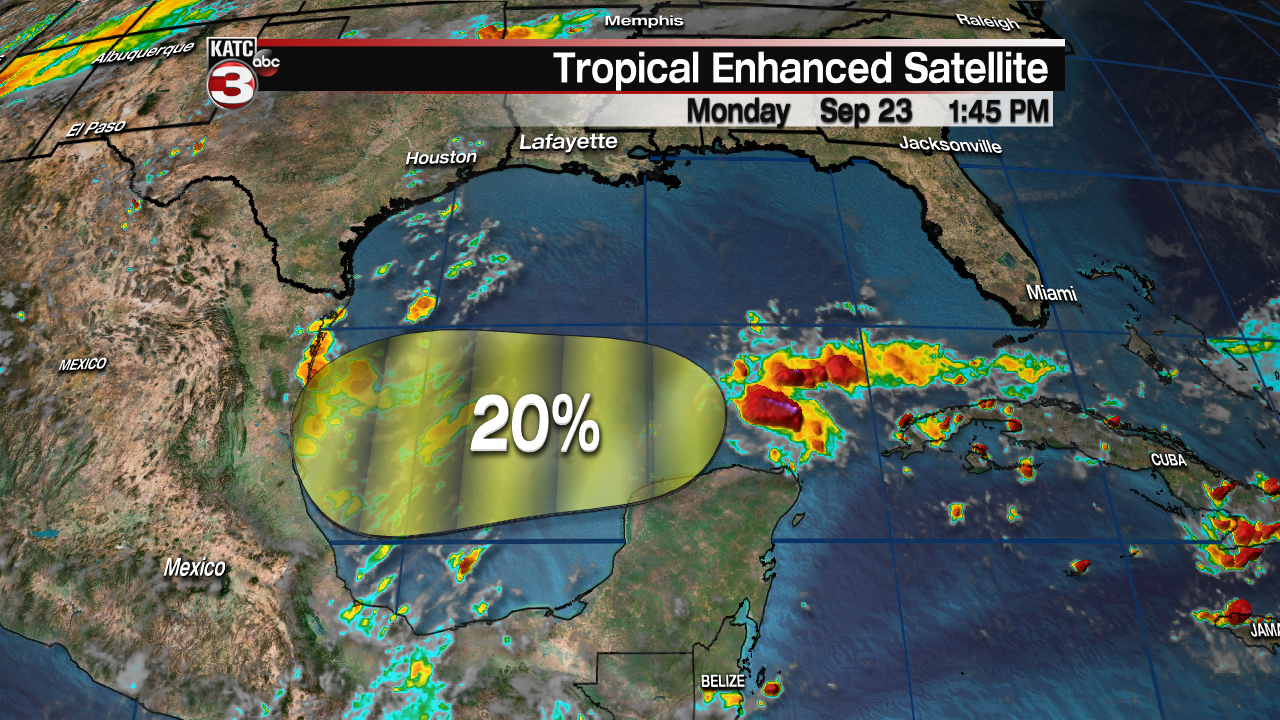 It was a beautiful start to Fall across Acadiana with bright, sunny skies and comfortable humidity levels on Monday.

The great weather looks to stick around all week as high pressure will dominant our weather keeping us on the sunny and dry side.

Due to all the sunshine temperatures will be above average in the upper 80s to lower 90s but thanks to the dry air, over the southeast, there will be very little humidity.

This dry air will allow temperatures to cool off quickly once the sun goes down setting up some pleasant evenings and mornings with lows in the upper 60s to lower 70s.

By the weekend a touch more humidity looks to return across Acadiana producing a few more clouds during the afternoon and maybe a stray shower but rain chances will only be about 10-20% on Saturday and Sunday.

Otherwise, it will just continue to be sunny and warm with highs in the lower 90s this weekend.

And the warm conditions look to linger into next week as well as highs stay near 90 with partly cloudy skies.

In the tropics there are 3 named storms.

Monday afternoon Karen weakened to a tropical depression with winds of 35 mph.

Karen is fighting dry air in the mid and upper levels, along with a good bit of wind shear, which has made things very difficult for the storm on Monday.

What is left of the board low of Karen will slide to the north, crossing over Puerto Rico, on Tuesday bringing gusty winds and tropical showers to the Island.

The US and British Virgin Islands could also experience some rough weather on Tuesday as Karen passes close by the area.

Tropical storm warnings remain up for Puerto Rico and all the Virgin Islands.

Once Karen moves out into the Atlantic the system should slowly begin to restrengthen to a tropical storm by the end of the week as it moves into a more favorable environment.

By Friday and into the weekend there are still a lot of questions as to where Karen eventually ends up going next.

Most long range models suggest a ridge will build just off the east coast.

This ridge would then block Karen's northerly motion and maybe turn the storm back to the west towards the Bahamas and Florida.

If this ends up happening there is a chance Karen could move into the Gulf but if it does the models are not to sure how strong the system will still be by then.

Thus, its impossible to tell where Karen will go so for now it is just something we need to watch over the next several days to see what ends up happening.

Jerry will make a close pass by Bermuda on Wednesday bringing gusty winds and heavy rains to the island.

Tropical storm warnings have been issue for Bermuda.

Once it moves away from Bermuda Jerry will continue to the east out into the open Atlantic and just be a storm for the ships and the fishes.

Also, Tropical Storm Lorenzo is getting better organized in the far Atlantic with winds up to 45 mph.

Lorenzo is forecast to keep strengthening as it moves to the WNW and could become a major category 3 hurricane with 115 mph winds by this weekend.

Good news is Lorenzo will also stay out over the open Atlantic and miss all landmasses.

Lastly, the National Hurricane Center is watching a cluster of showers and storms in the southern gulf by the Yucatan Peninsula.

These storms have a low end chance (20%) that they could develop into a tropical system as it drifts due west towards the Mexico coast.

Thankfully, this storm will have no impact on our weather as the dry air in place over the southeast will keep these storms to our South.