Hot and dry for the week ahead 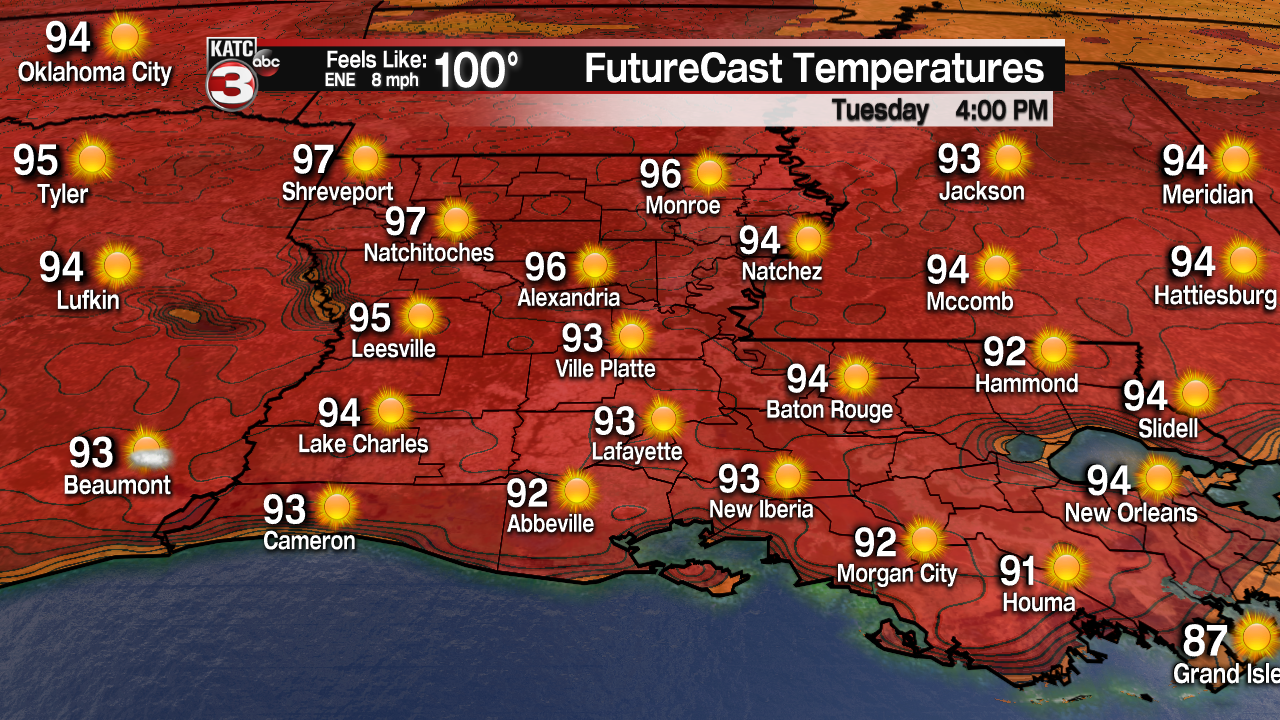 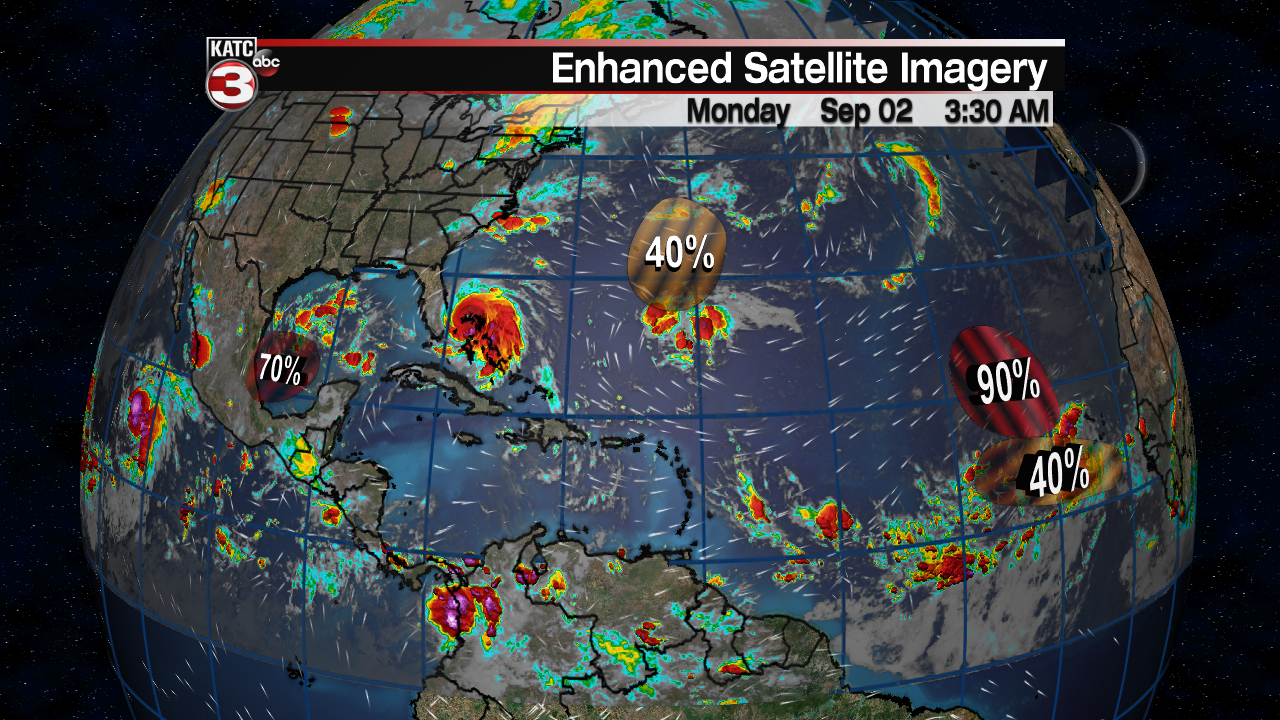 It might be September, and the start of meteorological fall, but this week is going to feel very much like summer in Acadiana.

Thanks to the upper level ridge that will be slowly moving into Texas, and helping to push Dorian off the east coast, we will be baking under bright, sunny skies everyday this week.

With wall-to-wall sunshine temperatures will easily climb into the mid to upper 90s Tuesday through Saturday.

Although it will be hot this week the humidity will not be too bad as a northerly flow will push down some drier air over the region so feel like temperatures will hover right near 100.

The other good news is with the dry air in place temperatures will cool quickly once the sun goes down making the evening and mornings feel nice with lows in the low to mid 70s.

By Sunday and into the following week our winds will start to flip back out of the southeast pushing Gulf of Mexico moisture over South Louisiana creating a few more clouds and maybe a stray shower(10-20%) in the afternoon.

In the tropics Hurricane Dorian continues to be an extremely powerful storm hammering the Bahamas islands.

For more on Dorian and its potential impacts for the east coast read our in-depth article here.

Also in the tropics the National Hurricane Center is watching 4 other disturbances.

The first is a wave in the southern Gulf near the Yucatan.

On Monday this wave has become better organized and now has a 70% chance of maybe becoming a tropical depression as it slowly drifts to the west before it pushes onshore the east coast of Mexico Wednesday or Thursday.

This will be of no concern for us in Acadiana.

Another cluster of showers and storms is located to the south of Bermuda.

This disturbance has a medium chance(40%) of development over the next 5 days as it moves to the north but should stay out in the Atlantic near Bermuda.

The other 2 systems are just off the west coast of Africa.

The first wave is turning to the north but is starting to show signs of development and has a 90% chance that it could become a tropical depression or tropical storm in the next 48 hours.

The last wave is still over the Africa coast but once it moves out into the Atlantic models agree it has a good chance to become a tropical system.

This is the one we will have to watch as the models show it possibility becoming a hurricane as it slides west across the Atlantic.

The long range GFS model eventually has this storm turning to the north and staying far away from the United States but we will definitely have to monitor it closely to make sure that is what ends up happening and it doesn't stay on a western track for the Caribbean or Gulf.