What impacts will Dorian bring to Florida/East Coast 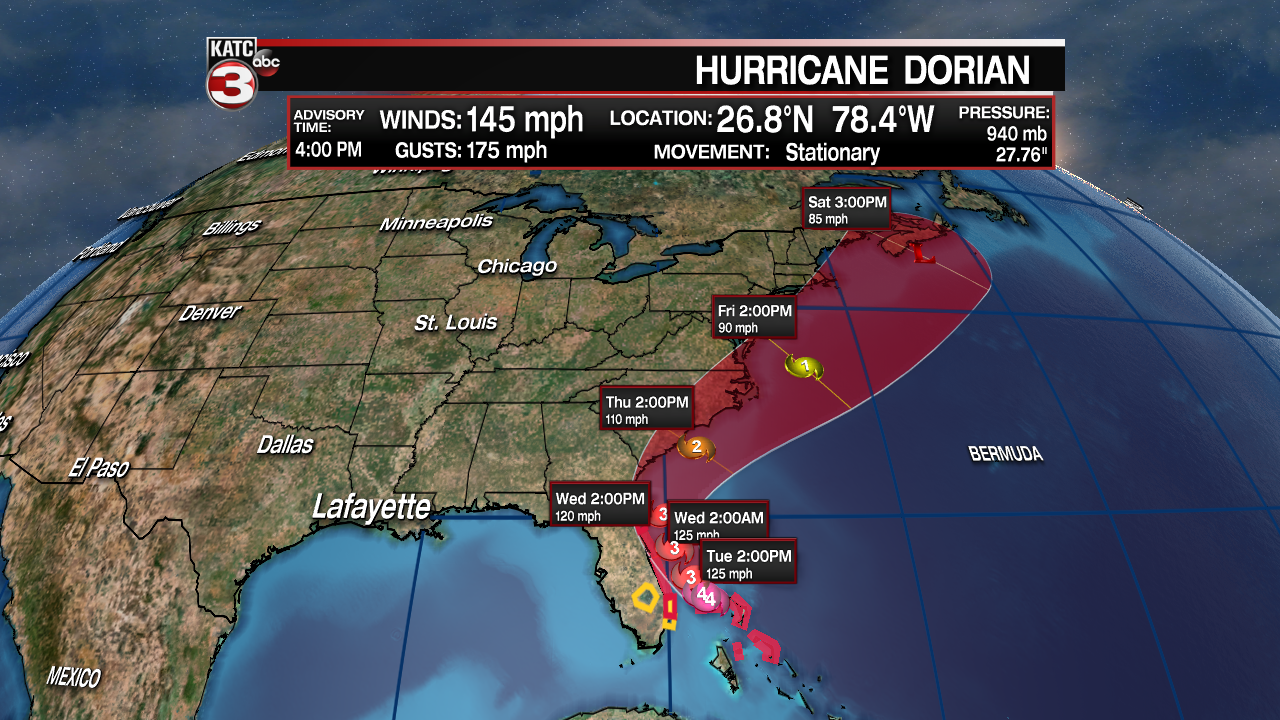 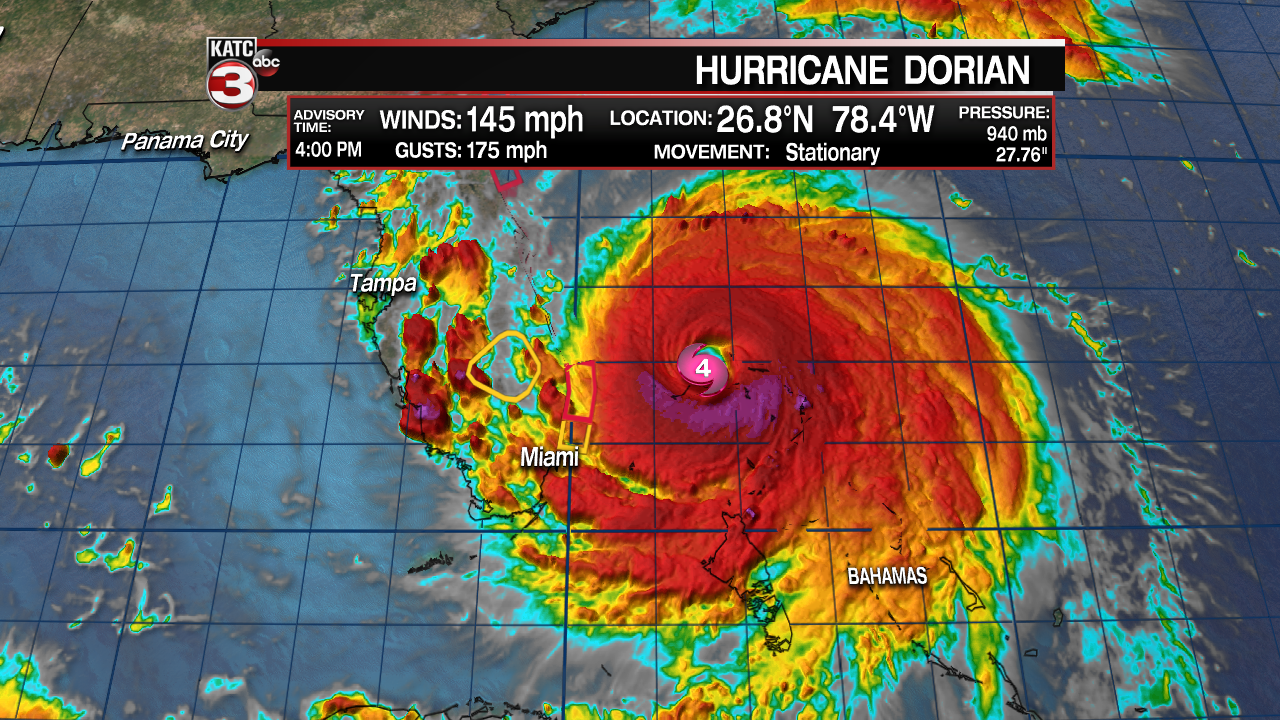 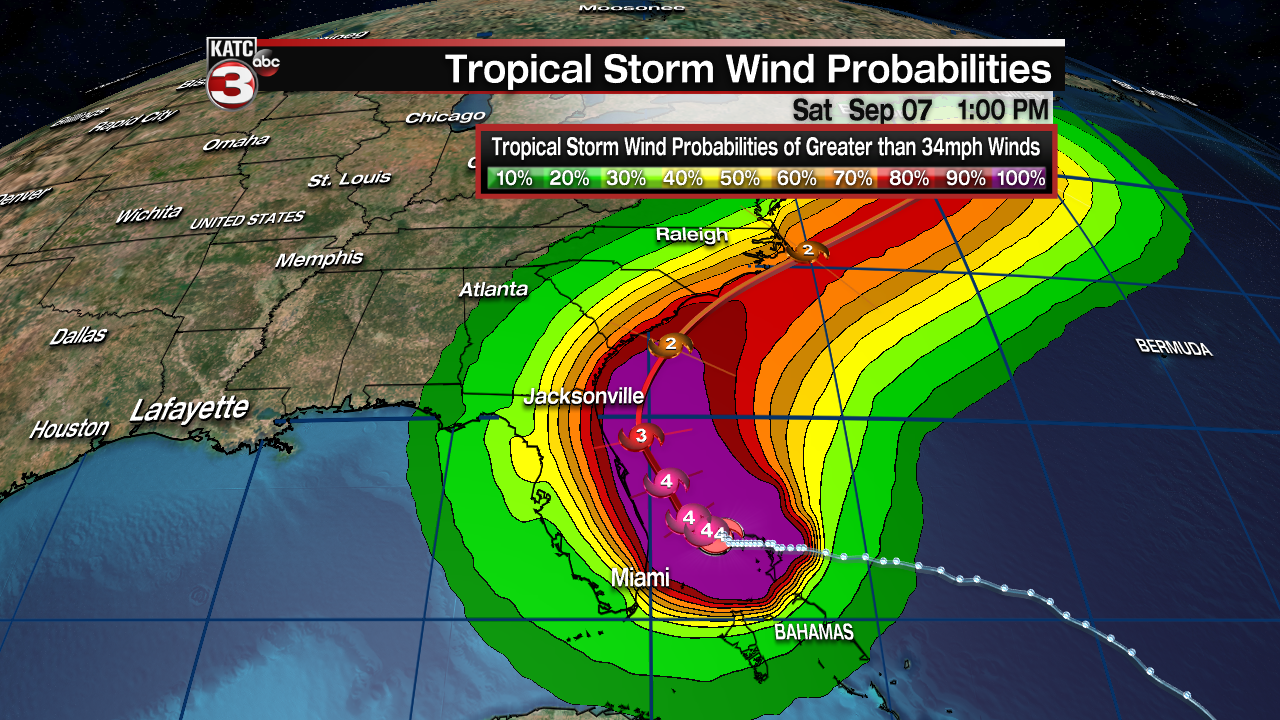 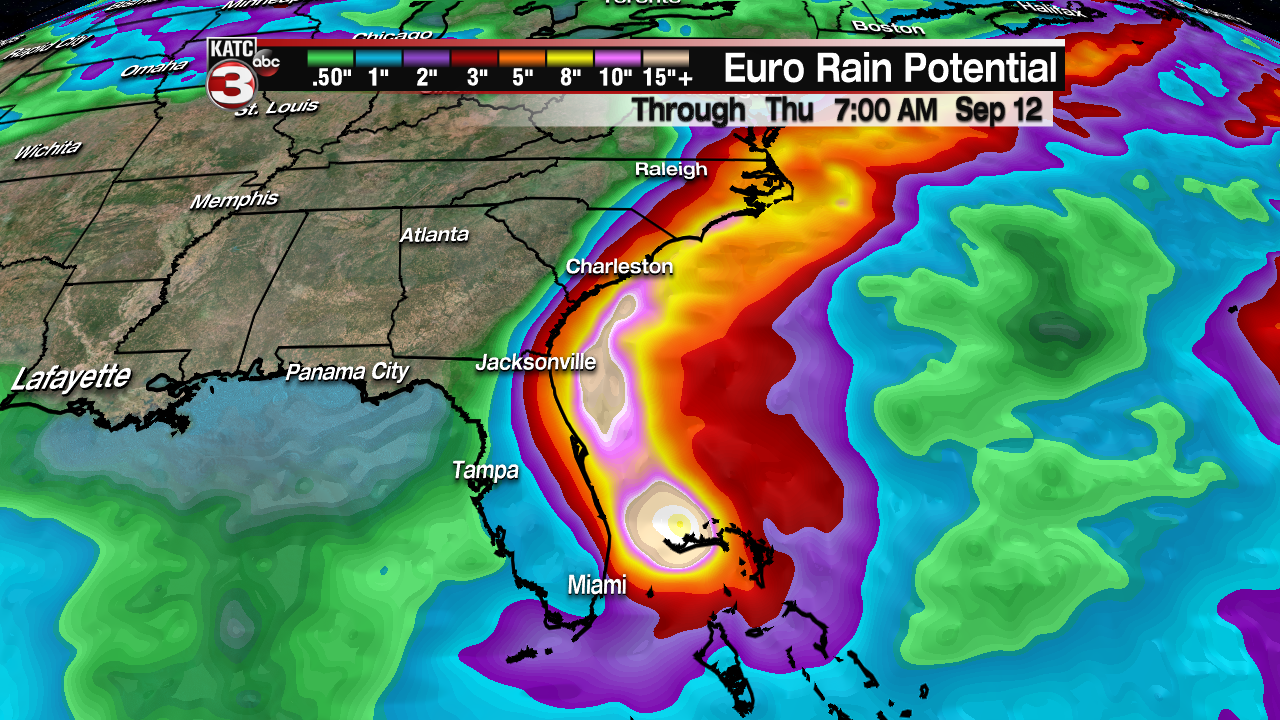 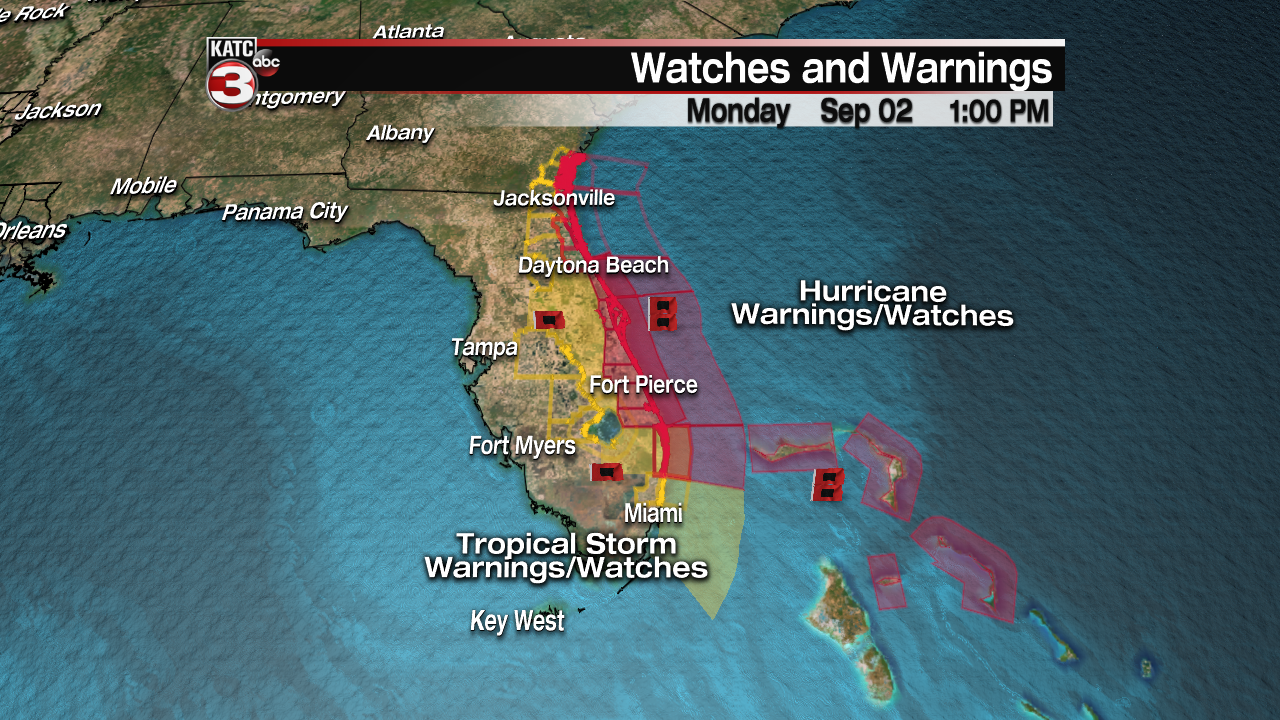 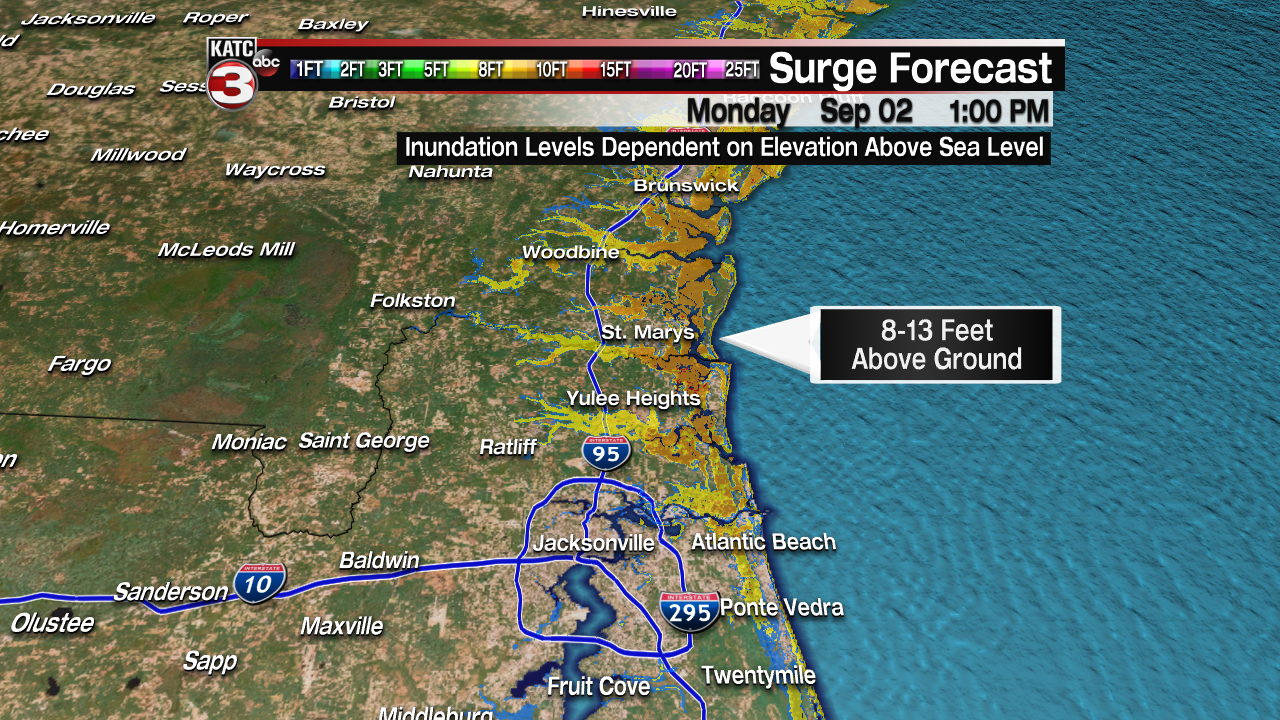 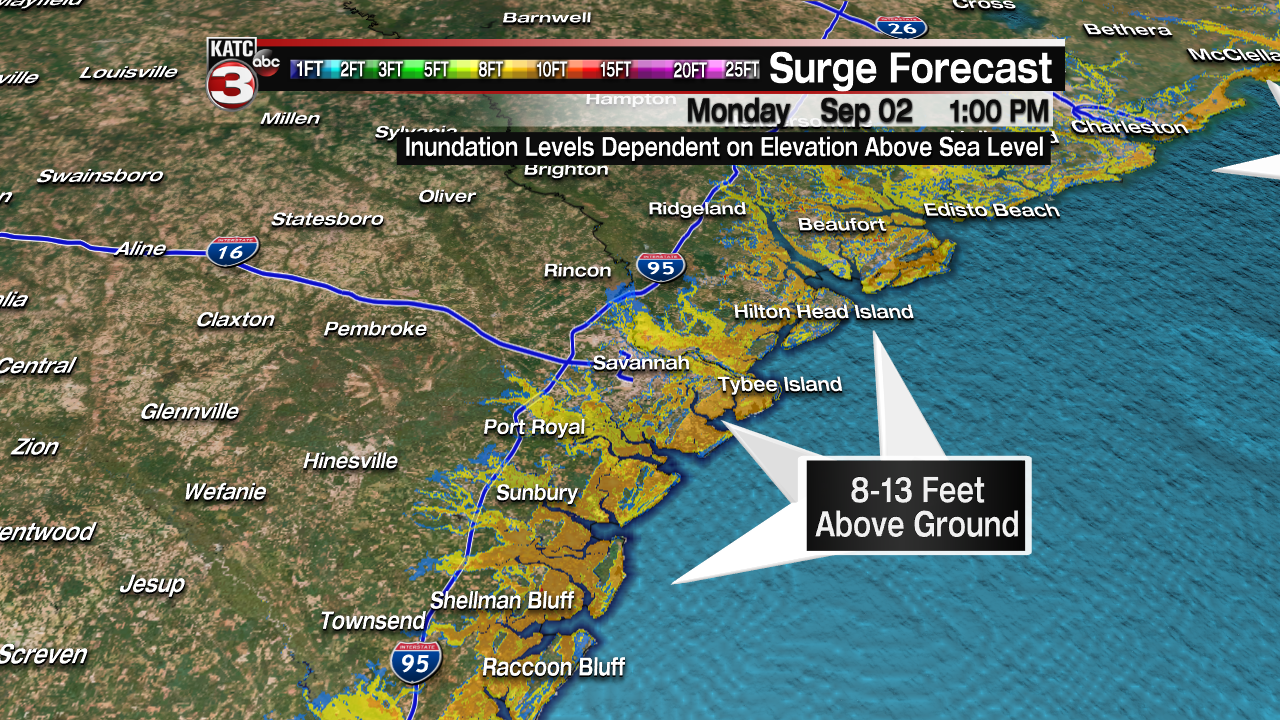 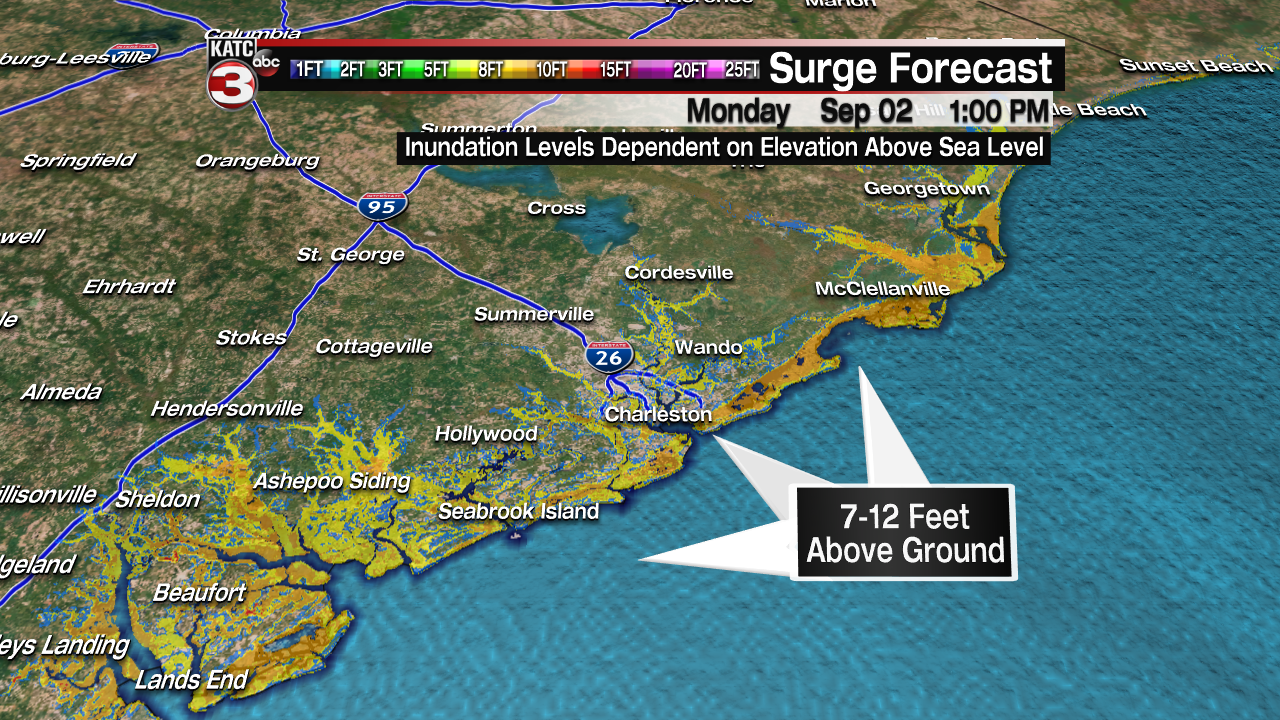 Dorian's winds have come down a little to 145 mph but it is still a very powerful hurricane causing widespread devastation for the island of Grand Bahama.

Dorian is nearly stationary and looks like it might be undergoing an eye-wall replacement as it is starting to pull in some cooler waters as the storm sits over the same spot.

No real changes to the track.

Still expected to ride up the Florida coast the next couple days slowly weakening as it gains latitude.

Looks to make its closest pass to land near the Outer Banks of North Carolina late Thursday night before then pushes farther out into the Atlantic away from the Northeast coast.

What's worse is that Dorian has basically come to a standstill, only moving to the west at 1 mph, meaning the island has been getting blasted by these horrific conditions for more than 12 hours and counting.

The reason Dorian has stalled is because it is stuck between the 2 ridges to its west and east.

Eventually, the ridge to the west, which is near the Rockies, will strengthening helping to build a trough over the eastern United States.

This trough will finally help to nudge Dorian to the north and cause it to ride up the east coast.

Thankfully, it looks like the eye of this massive hurricane will remain just off the east coast of Florida but they will still feel the impacts of the storm.

Monday afternoon Dorian was a little more than a hundred miles off the east coast of West Palm Beach but because of Dorian's massive size outer rain bands have become to sweep across the entire Florida peninsula.

In these rain bands wind gusts are being reported as high as 50-60 mph with heavy rains.

And for those seeing these rain bands they are training over the same spots meaning localized flooding could be an issue.

For the next 24 hours(til Tuesday afternoon) Dorian is expected to not move much meaning those in Florida will continue to deal with these outer rain bands.

Tuesday afternoon, when the trough begins to build south, that is when Dorian should start to pick up speed and swing up the Florida coast.

This is when they will feel the worst of the impacts.

Hurricane warnings have been issued for nearly the entire east coast of Florida, while tropical storm warnings and watches cover the rest of the peninsula.

Those right along the beach could experience hurricane force wind gusts of 75 mph but most of Florida will just see tropical storm force winds between 40-60 mph.

The good news is with the center of Dorian expected to remain offshore the highest winds and rainfall should stay out over the Atlantic.

That said Dorian will still be able to create a significant storm surge for a large portion of the east coast.

Coastal areas of Florida could see a 3-6 foot storm surge which will likely cause lots of beach erosion.

As Dorian moves north along the Florida coast it will weaken slowly but its winds will still be more than 110 mph which will continue to pile up the water along the coast.

Residents from Jacksonville up along the Georgia coast and into South Carolina is where the worst storm surge could occur with levels getting as high as 10-15 feet above normal tides and could push inland as far as Interstate 95.

Thursday Dorian will then come very close and maybe make landfall along the North Carolina coast as a category 1 or 2 storm with winds between 90-110 mph.

With the center possibility moving over land in the Carolinas they will be the ones to see the most impacts with the possibility for heavy rains between 6-12 inches, wind gusts between 60-100 mph and a storm surge of 3-6 feet.

Thus, Dorian is going to cause lots of problems for those along the entire East Coast but thankfully it does not look to be anything like what those on the Bahamas Islands have had to deal with these past 24-36 hours.

Thus, we still have a long way to go with Dorian and things can and will still change in the coming days so stay with KATC for the latest.