An Update on the Tropics As We Enter September

We have reached that inevitable time of year when we have to talk about the tropics and discuss what is happening in the Atlantic Basin. There is, as always, a lot of chatter and forecast images floating around out there so check out this article which will help give you an idea how to interpret all the different images.

So with that disclaimer out of the way let’s start tackling the current look at the tropics and a breakdown of what meteorologists are seeing as we get ready to go into September. Models so far seem to be picking up on some switch being turned on, while this information is important it shouldn’t be taken in a vacuum. When it comes to models former director of the National Hurricane Center Dr. Rick Knabb said it best:

When models start suggesting tropical cyclone development many days in advance in multiple parts of the Atlantic basin, while they might not be right about exactly when and where, it does indicate that the atmosphere is changing and it’s about to get busy overall for September.

So let’s dig in to what the models are doing and I’ll offer up some thoughts of what it all means and provide some context to the images that are floating around out on the internet. The first one that raised a few eyebrows was the result of the European Model.

It’s been a few consecutive days now that the European model has hinted at a low in the Gulf of Mexico by the middle of next week. While this is now the third day that the EURO has hinted at this low it has been lessening the intensity each and every day, and keep in mind there is nothing out there now so the model itself is creating the system. Even with all the advancements, forecast models will still struggle with the initial creation of these lows so far out (that’s why it’s always so important for Hurricane Hunters to find the closed low). This is the type of scenario Dr. Knabb was referring to, and it looks like what the EURO is picking up on is a disturbed wave in the eastern Caribbean. This is a unique scenario, however, as the GFS model looks much different for this same time period.

So what does all of this mean for Acadiana? Basically it means that as the weekend approaches a closer eye will need to be kept to the Caribbean. As the models start to trend toward consensus it’ll be key to see which models starts to resemble the other. Will the GFS start looking more like the EURO, or vice versa? That will give an indication which one is handling the scenario better. The way it stands now (Wednesday afternoon) it’s difficult to put too much stock into either that far out, we’re stuck in an unsettled pattern and both models are handling all the moisture we have in the atmosphere differently. If over the weekend we start to see a prominent wave taking shape out toward Cuba it will need to be watched closely, but as stated early as of now there’s not much.

It’s not out of the ordinary to keep an eye on multiple areas of interest in September, after all it is the busiest time for the tropics. Which means that as we watch the Caribbean we’ll have to pay attention to increased activity off the African Coast. 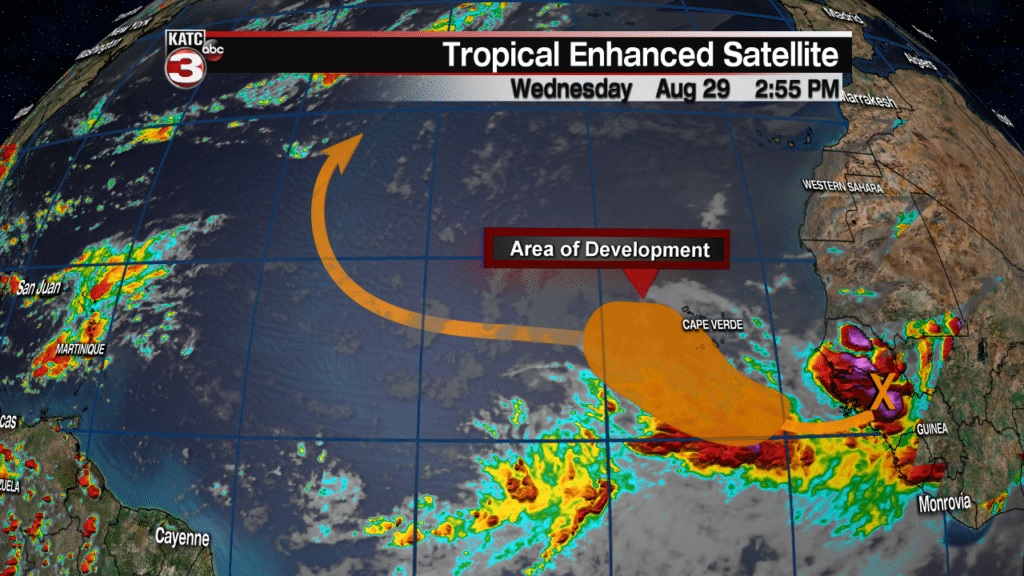 Things are picking up off the African coast and it looks pretty imminent now that in the next few days the next named storm will develop just south of the Cape Verde Islands. The National Hurricane Center currently gives it a 60% chance of development in the next five days. Virtually every model, however, agrees that this storm will slowly bend north and will likely stay in the Atlantic. Again let this serve as a reminder that this is the time when the tropics become more active. If you have not done so, now is the time to make sure your hurricane plan is in place and that you are prepared. It is much easier to make that plan now than it is when a storm is bearing down on you.

So far there is nothing much to be overly concerned about, it’s still too early and too speculative to be too worried about the potential for the Gulf of Mexico. Keep in mind some of the tips and tricks  to be prepared but not panicked and how to muddle through the avalanche of tropical posts, shares, retweets that can clog up the internet this time of year.