Flash Flood Watch through Thursday as showers move into Acadiana

It’s shaping up to be a soggy couple of days across south Louisiana to wrap up this work week, with tropical moisture moving through the area.

The major impact from this tropical moisture will be the potential for heavy showers which can produce a lot of rain in a short amount of time. 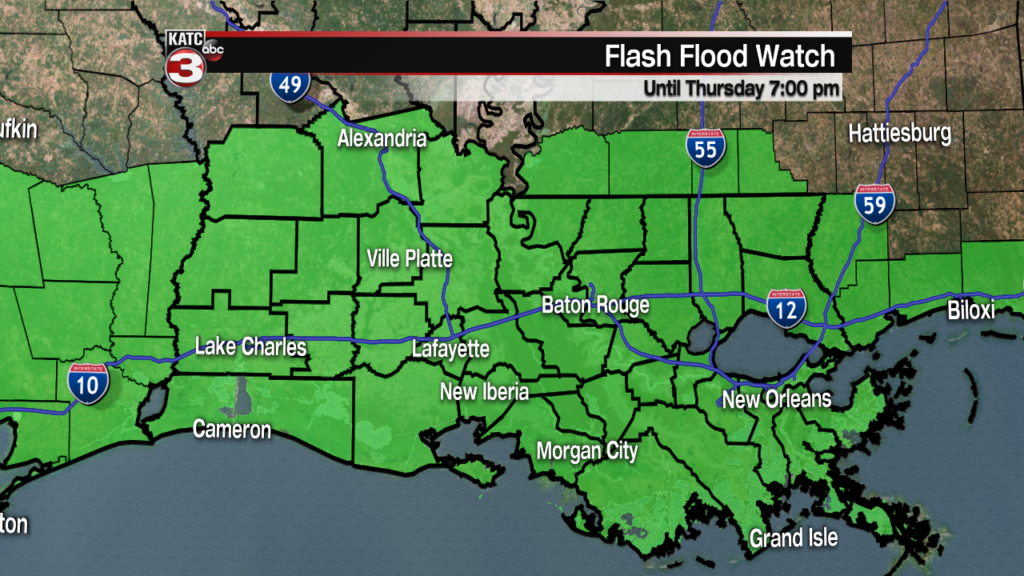 This has prompted a Flash Flood Watch across most of south Louisiana, and the greater Gulf Coast in general.

Flooding will be a localized issue in areas that catch a lot of rain in a short time period, unfortunately those instances are really hard to pin point until it actually starts happening since it’s on such a small scale.

Area wide we are looking at an average of 3-5″ worth of rain between Wednesday and Thursday, some of the hot-spots though are going to push 8-10″. 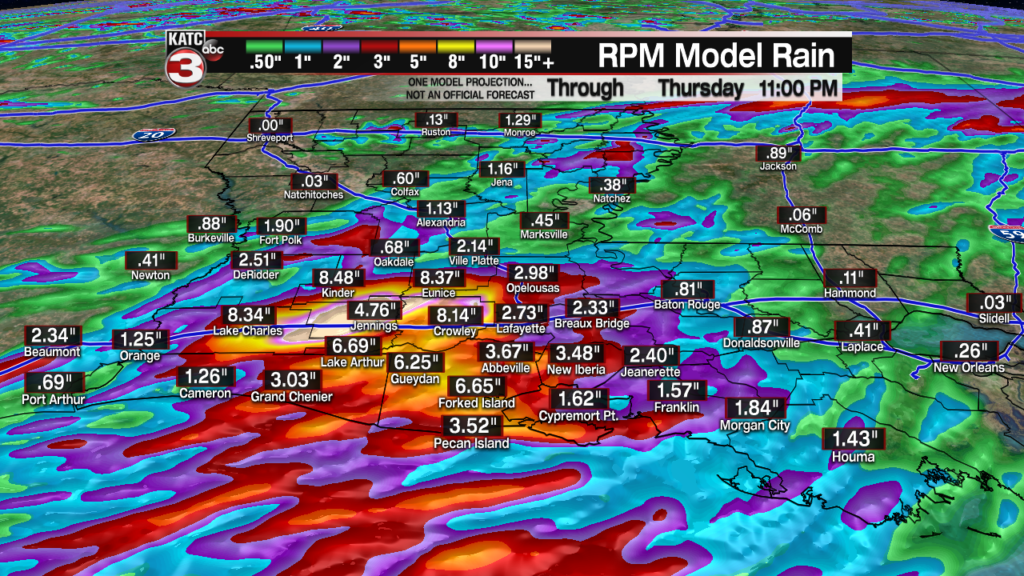 There’s been little consistency from run to run when it comes to the rain totals which is the reason behind the large variation, and also puts an extra emphasis on paying attention to the radar and how the showers are behaving.

The ground has been very dry lately which means as long as the storms don’t stall and the rain rates stay reasonable the ground should be able to soak up a lot of it.

Still with these kinds of numbers being produced be extra careful on the roads and be aware that some of the low lying roadways will likely see some ponding.

This wet weather will continue through the rest of the week with a burst of heavy rain expected Thursday morning as the deepest moisture pushes across the area.

Along with the potential for flash flooding as a result of the showers there is also the chance for some coastal flooding as the tides come up.

Wind will steadily be from the south which will push water up along the shoreline, especially as the lower Atchafalaya River is running high.

As always this forecast will evolve and things can change quickly so make sure that you’re staying up to date with the latest information.