Showers and storms moving in this week

There’s one more quiet day this week, and Tuesday is it with high heat and high humidity being the primary concerns with the weather.

While a few showers will be possible on Tuesday, the summer pop up variety, it’s the forecast later this week that will contain the most showers.

This next round of rain, which will get started on Wednesday and last through the week, has its origins with a disturbance in the Bay of Campeche 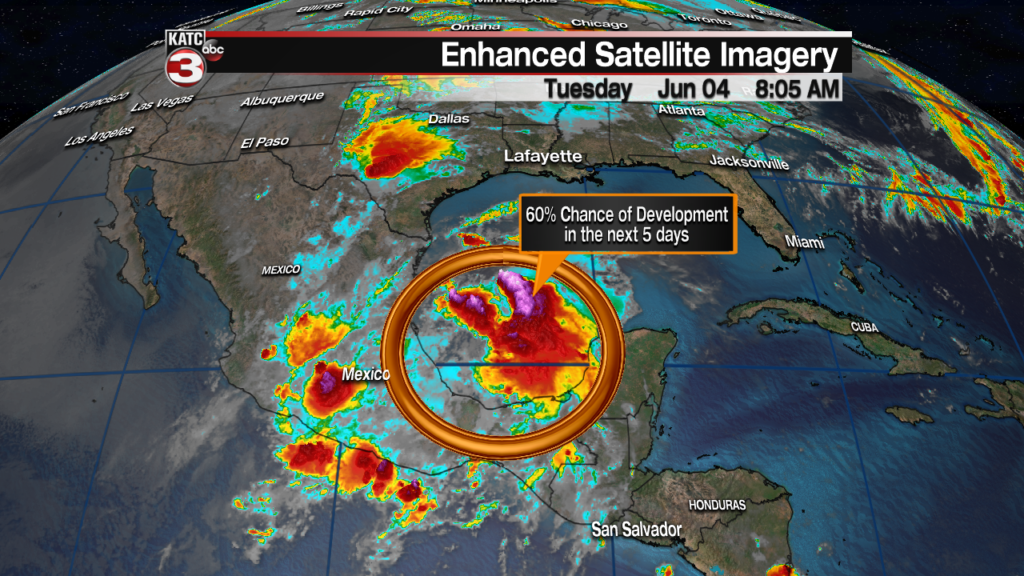 The National Hurricane Center is giving this particular disturbance a medium chance of further development over the next five days.

That’s not hugely relevant to Acadiana’s forecast, which will not depend on further development, southerly winds will push moisture from that disturbance into the area.

Upper levels winds will take that disturbance and elongate it forcing that moisture push into Acadiana, and resulting in a few wet days. 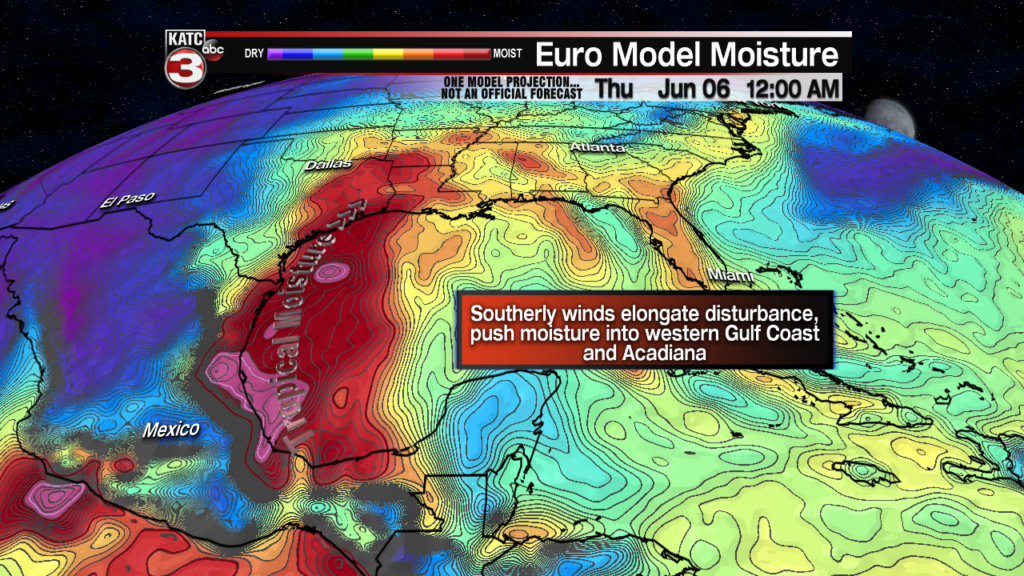 This will make for several days of on again/off again showers starting Wednesday morning and lasting through what’s left of the work week.

Models have kept the rainfall amounts in check, and it’s unwise to underestimate the amount of rain the Gulf of mexico can produce, it looks like a few inches over several days is what’s on tap.

If that ends up being the case we will avoid any major flooding concerns, but the potential for localized minor flooding will persist especially with the heavier rain. 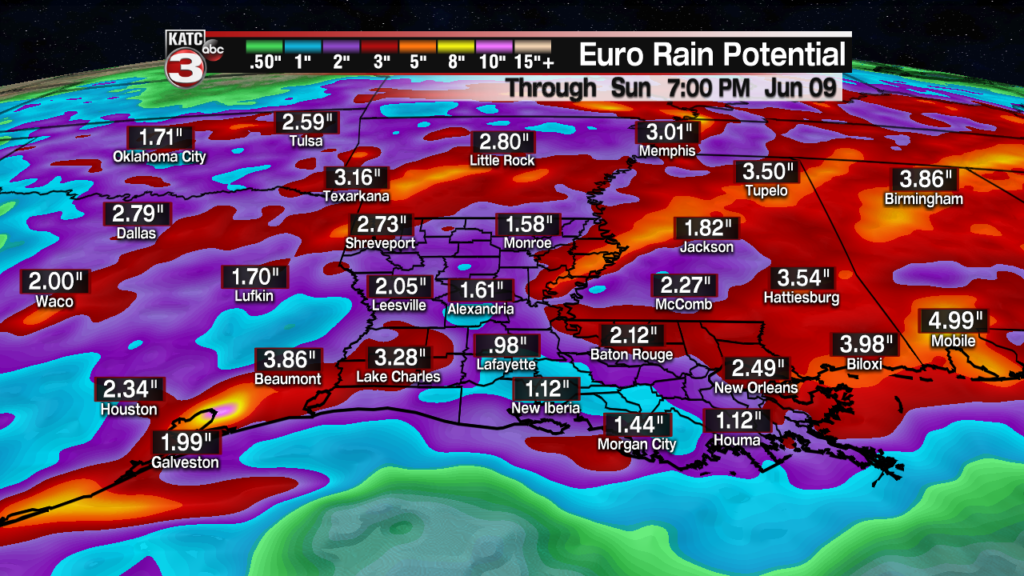 The question on everyone’s minds is how will this impact the high rivers, and the answer (as with everything river related) is complicated.

If the EURO model pans out it shouldn’t complicate the situation all that much, rivers to the east have been running low or normal so shouldn’t have a problem absorbing new rainfall preventing a deluge of new water into the Mississippi.

Whether or not the local rains will add to the water table again depends on where those showers end up and the rainfall rate.

The ground is fairly dry so it’ll be able to absorb a lot of the rain, as long as it doesn’t arrive all at once, and that will keep the water mostly out of the rivers.

The pile up of water down along the coast is a little concerning and tides will be running fairly high, so with a solid wind from the south be on the look out for a little coastal flooding.

We all know how finicky these forecasts can be so keep an eye on the changes through the work week.