Heat stays, some rain chances late week/weekend…Looking back at Atchafalaya River in 2011

The heat will stay on across Acadiana over the next several days, with hotter temperatures expected to develop over the next week.

A few cooling afternoon/evening showers and/or thunderstorms will develop for Thursday and Friday, with rain chances lowering and heat increasing deeper in the weekend. 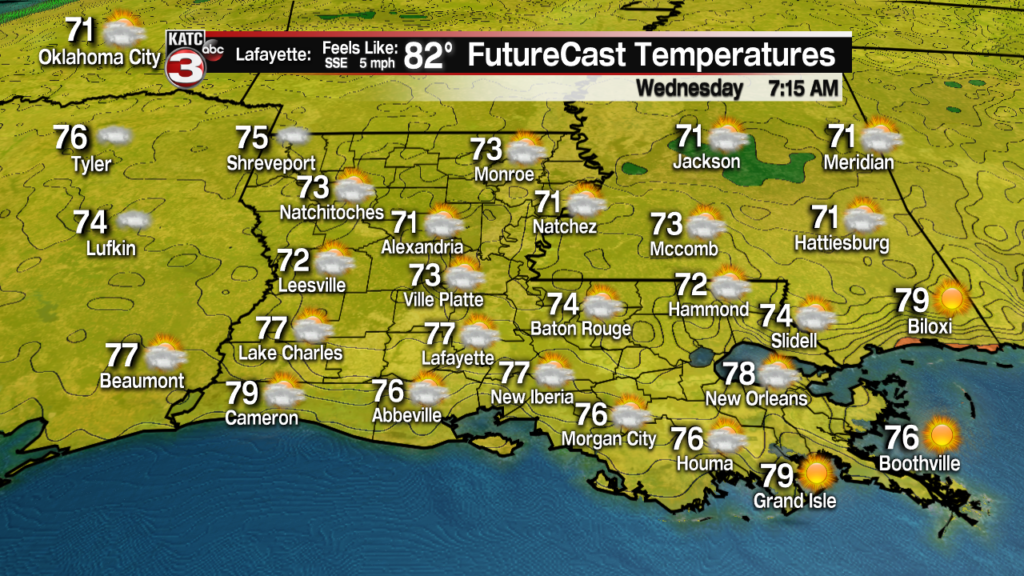 Fair to partly cloudy skies are expected to persist Wednesday, with highs reaching the lower 90s. 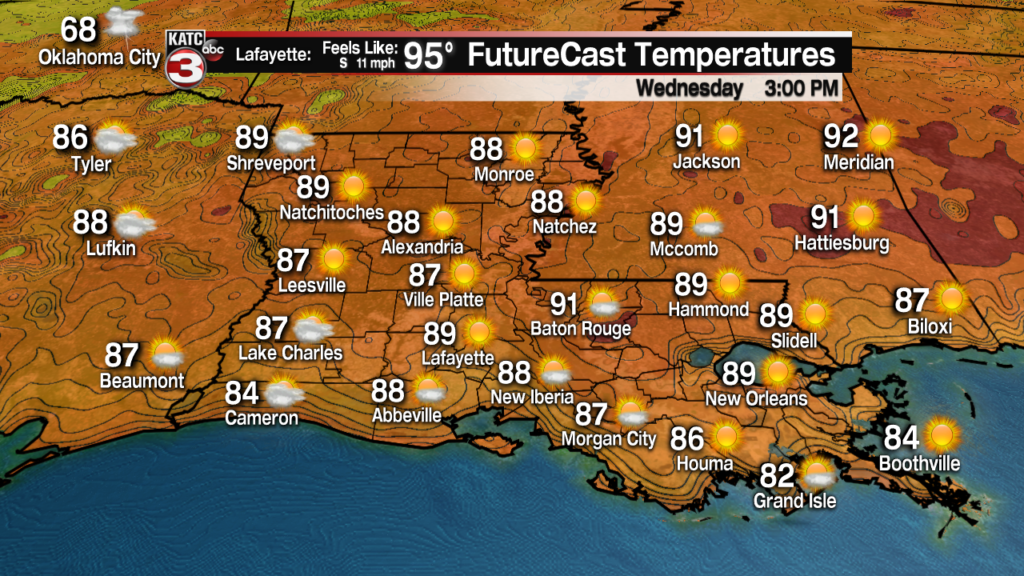 There may be a stray afternoon shower or storm Wednesday, but rain chances will be near 10% or less. 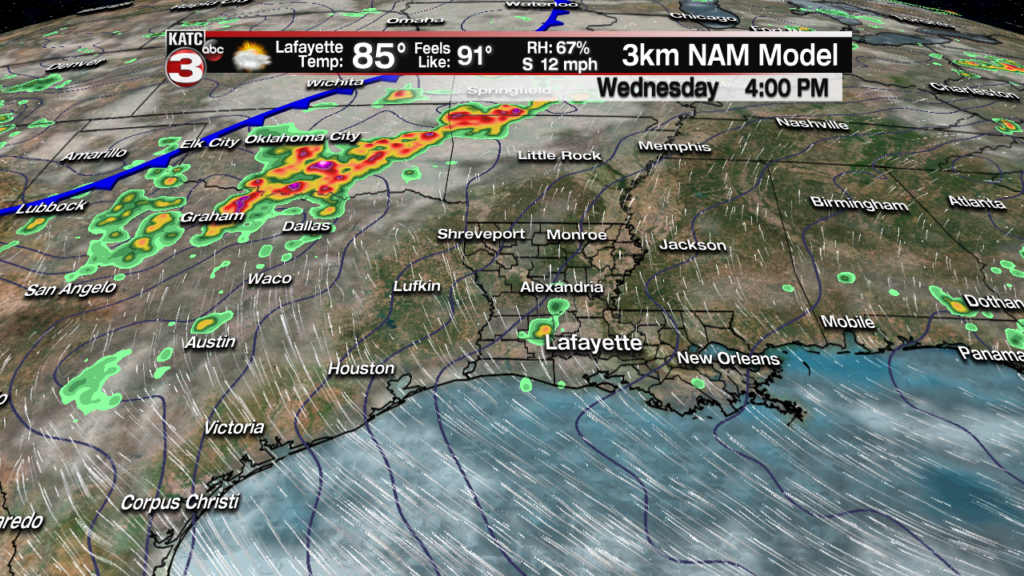 Expect another hot one Thursday, with temperatures reaching the mid-90s and heat indices inching closer to 100. 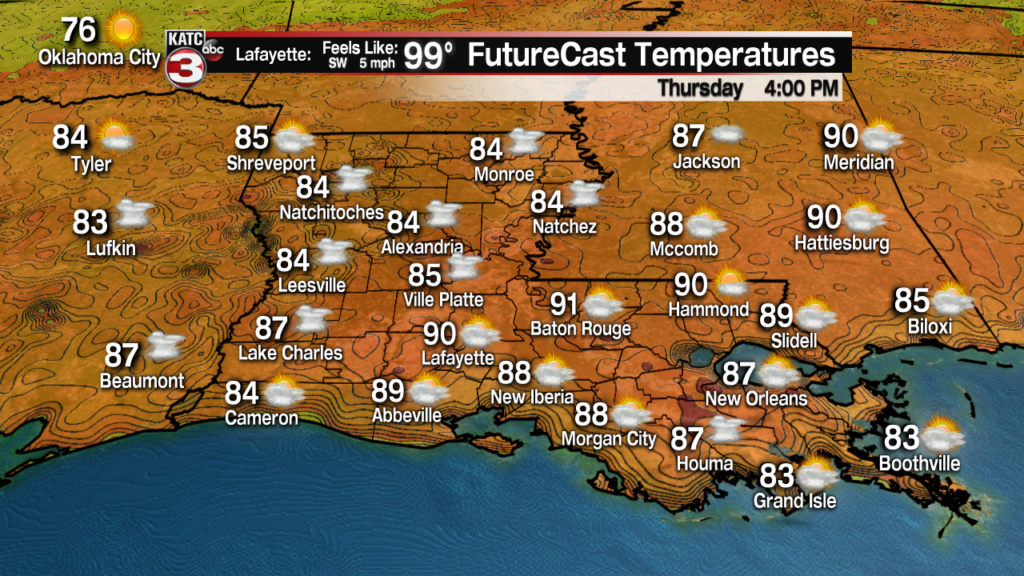 A fizzling frontal system however may generate some showers and storms late in the day and into the evening Thursday, with the chance of storms lingering into Friday. 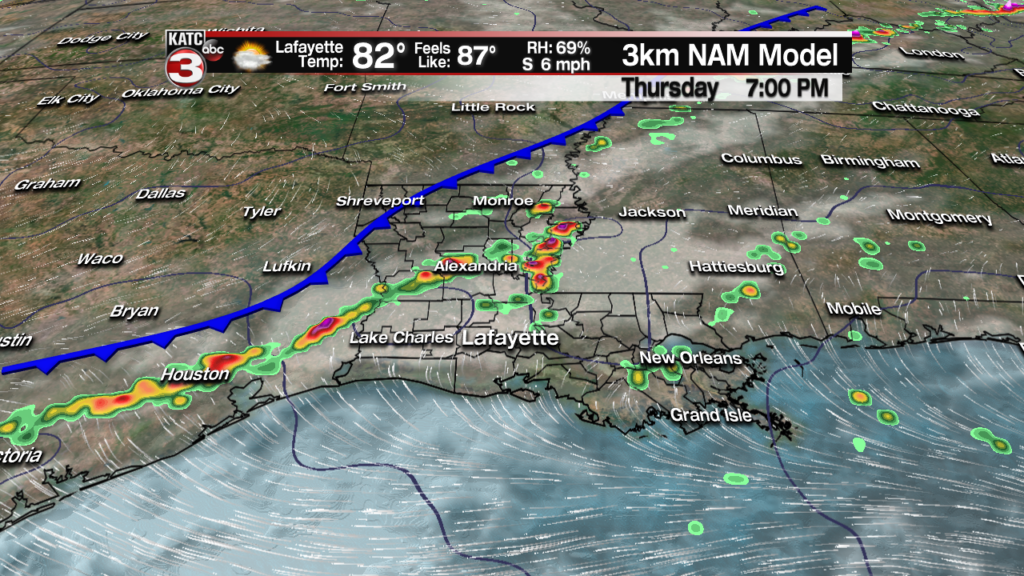 Rain chances should decrease to near 20% Saturday, and 10% Sunday, as a ridge of high pressure strengthens in the Northwestern Gulf of Mexico.

This will lead to higher temperatures, humidity and heat indices Sunday into early next week with daytime high pushing the mid-90s accompanied by heat indices in the 100-108 degree range.

Rain chances look to be rather meager in the 10% range through mid-next week, but could improve toward the end of the week again.

Meanwhile, the Atchafalaya River is expected to rise 1-3 feet over the next several weeks with a possible crest at Morgan City near 10 feet in the 3rd week of June.

These are rough estimates and are highly dependent upon additional heavy rainfall possible upstream on the Mississippi, including the the Arkansas and perhaps Red River, over the next week to 10 days. 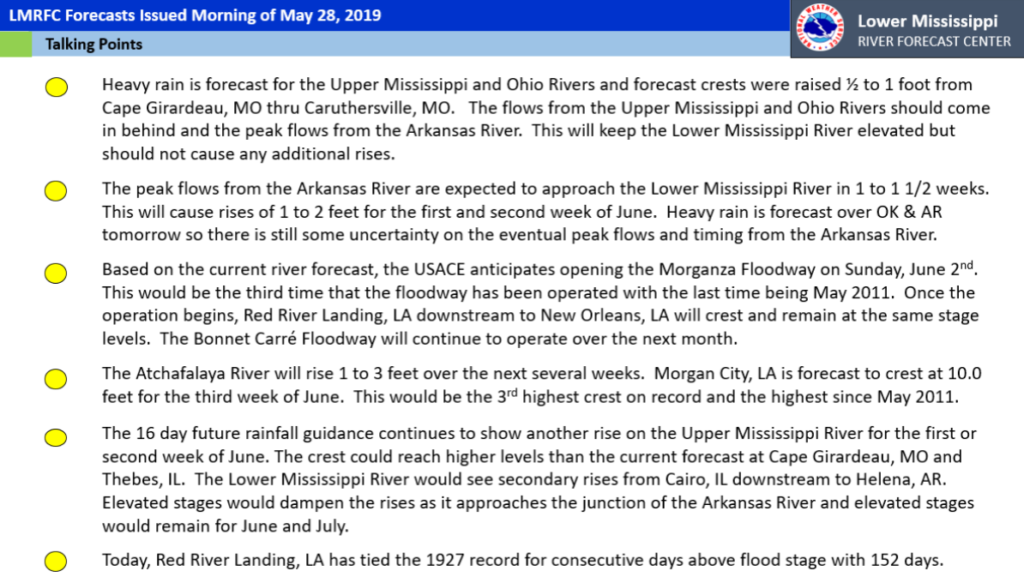 The Atchafalaya River at Butte La Rose was holding near 20 feet today and is expected to remain steady until the floodgates at Morganza are opened on Sunday June 2. 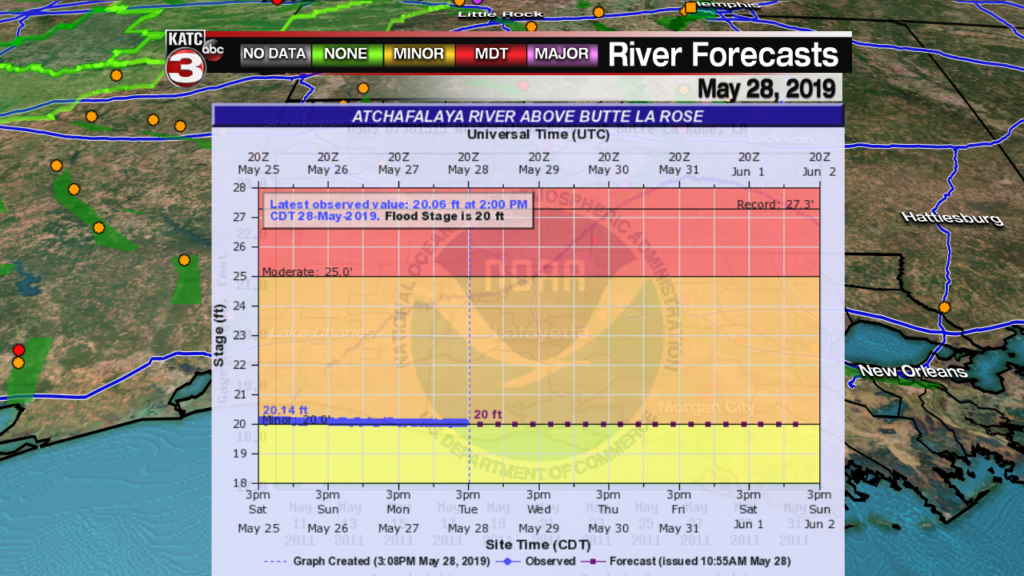 Compared with 2011, the last time the Morganza Spillway was opened, the river was roughly about 1 foot lower when the gates opened on May 14.

The river rose and crested to a little over 23 feet roughly two weeks later. 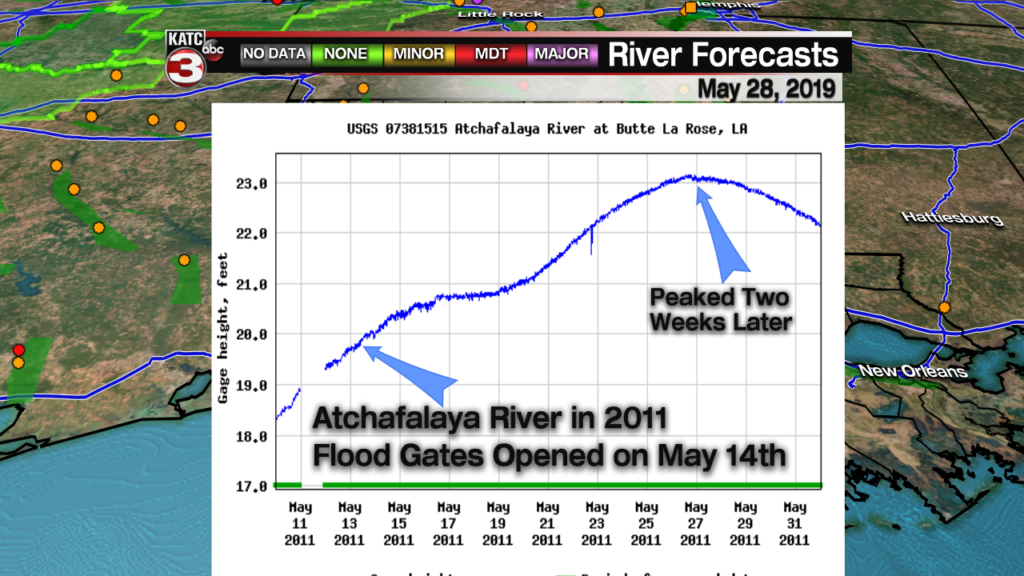 One issue that we’ll be watching is that the water table in the Atchafalaya Swamp appears higher this year as compared to 2011 (coming off some drought years) due to extended high water in the Basin going back to January of this year.

The US Army Corps of Engineers (USACE) expects to open the Morganza Bays starting on June 2, with additional bays opening over a period of several days thereafter.

USACE currently anticipates emptying 150,000 cubic feet of Mississippi water into the spillway which is roughly enough to fill the New Orleans Superdome with water every 15 minutes!

Stay with KATC’s Flood Page for the latest here.