After a beautiful, sun-filled day across Acadiana Wednesday, high pressure that has been dominating the pattern will shift eastward Thursday allowing for a breezy, cloudier and milder Valentine’s Day. 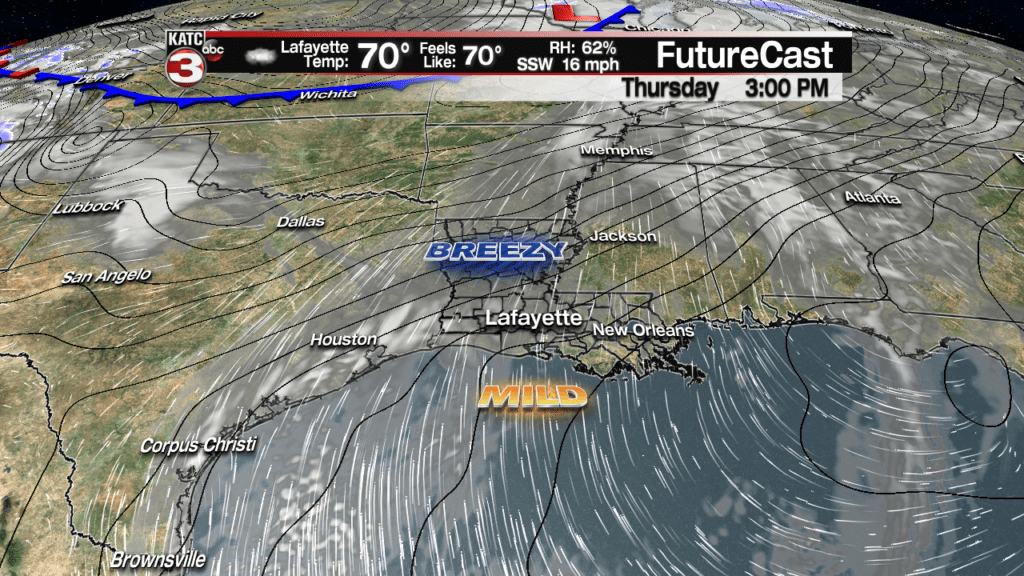 After a morning start in the upper 40s to near 50, look for temperatures to warm back into the lower 70s Thursday afternoon with a sun and high cloud mix, but as the day wears on, more clouds than sun can be expected. 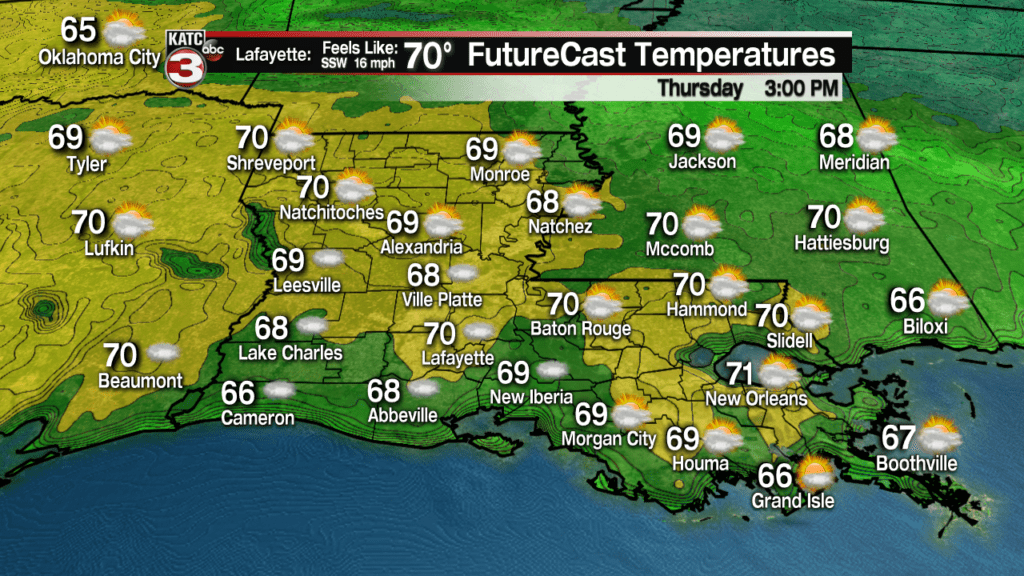 Gusty south to southwest winds will not only begin to elevate our temperatures, but humidity as well. 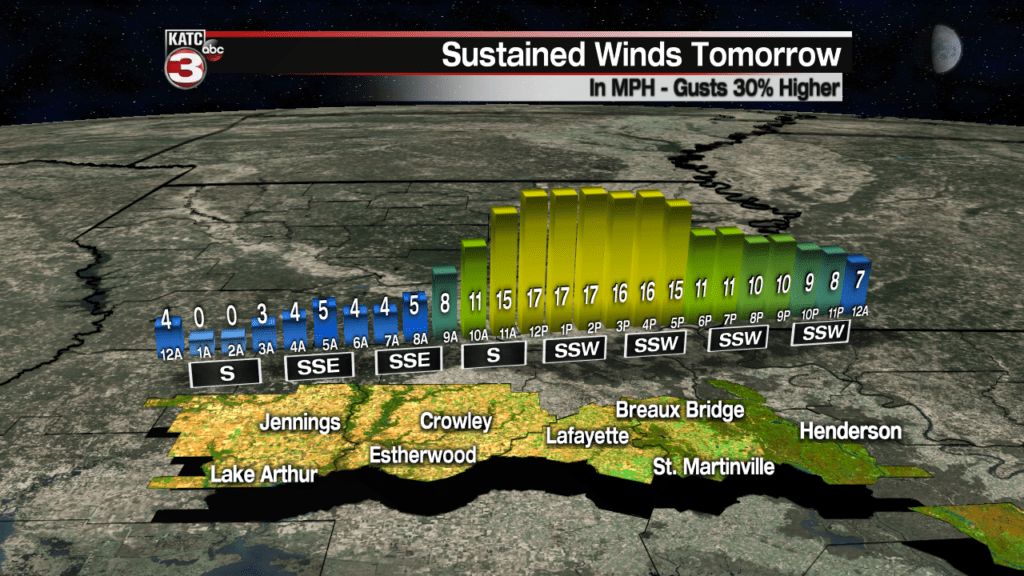 And like the pattern of recent mild days, some sea fog can be expected later Thursday night into Friday morning. 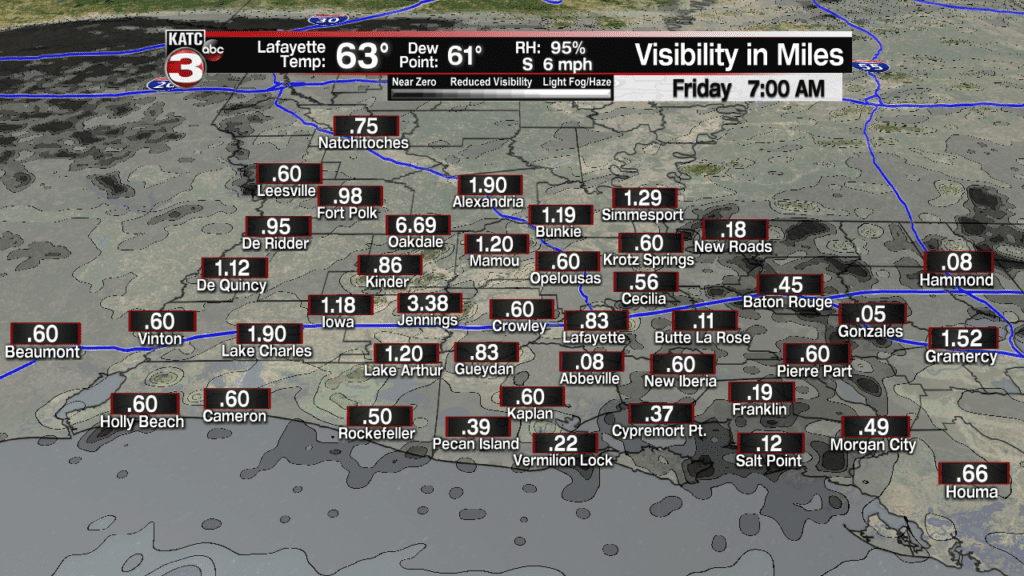 The pattern Friday into the weekend will be back into the mostly cloudy and mild scenario with rain chances ever so slight, at 10% Friday and 20% for a few quick-passing showers early Saturday. 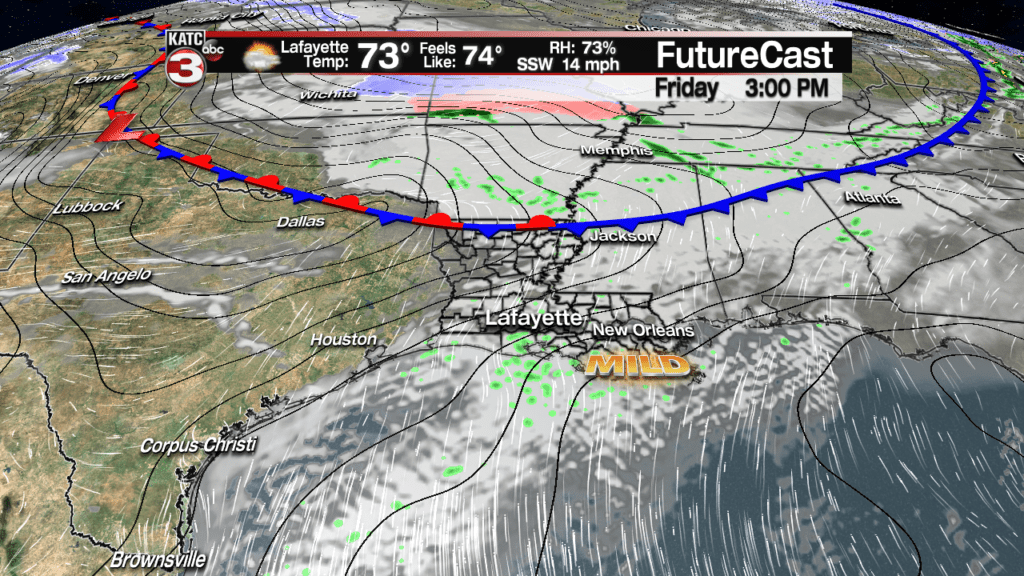 Temperatures Friday should reach the mid-70s and expect daily highs to reach the mid to possibly the upper 70s this weekend. 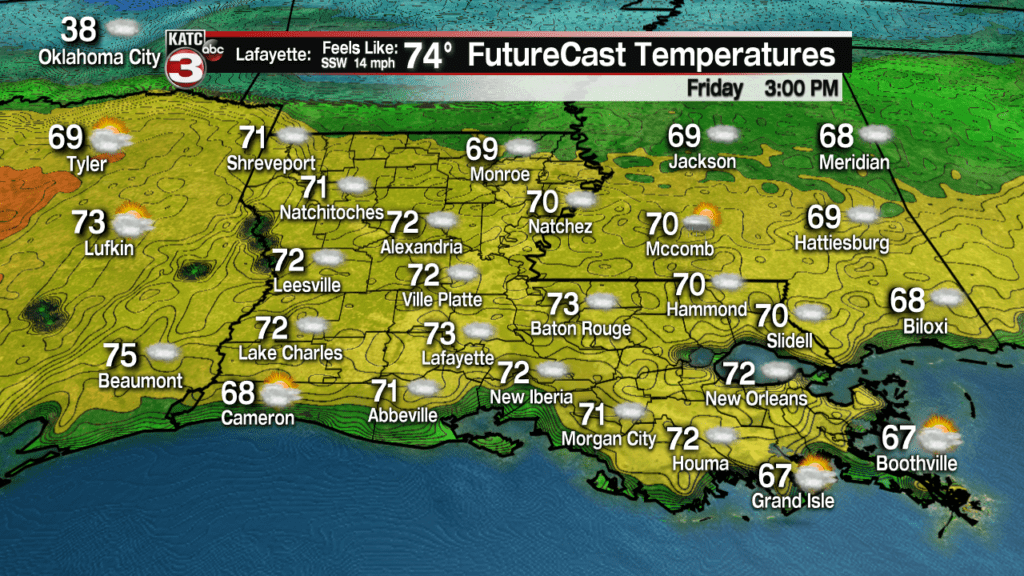 A cool front will drop southward Sunday, possibly sparking off a few more showers during the day. 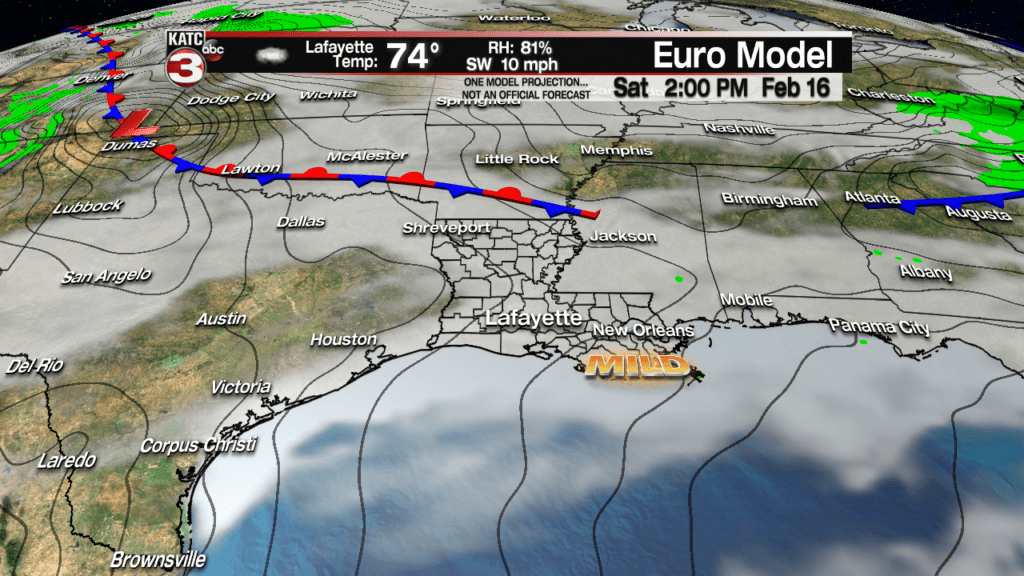 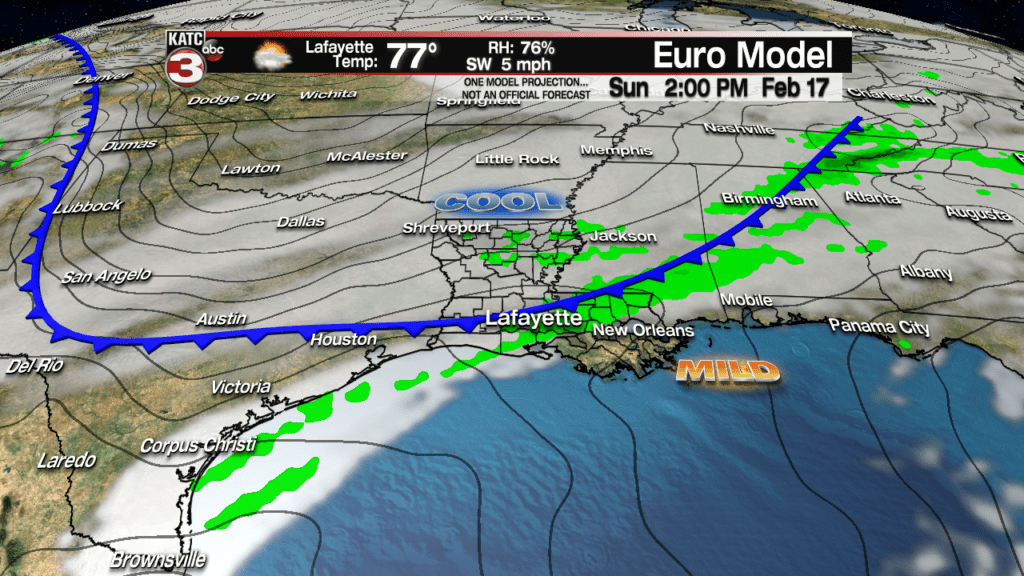 Next week’s pattern looks rather complicated with an active sub-tropical jet stream shooting a series of upper disturbances our way and entangling a waffling surface front near the area…this means we will see cool and mild periods several times next week, but rain chances will be definitively more elevated.

See the 10 Day Forecast for the latest, but expect the latter part of the days in this forecast product to change frequently.

The pattern may get warmer and more humid toward the end of next week into the the following weekend, and with that and a more active and energetic jet stream, the pattern could become more stormy down the road…typically Acadiana’s spring time severe weather season begins during the last week of February into March…something to watch for in the weeks to come.