A Look at the Weather Numbers from 2018

A look back at the year that was when it comes to weather, without many major weather events for the most part (tornado outbreaks, hurricanes, major floods, etc.) we still set quite a few record across Acadiana.

Officially the National Weather Service (the keeper of the records) has stations in New Iberia and Lafayette, so those will be the two places mentioned in this article. 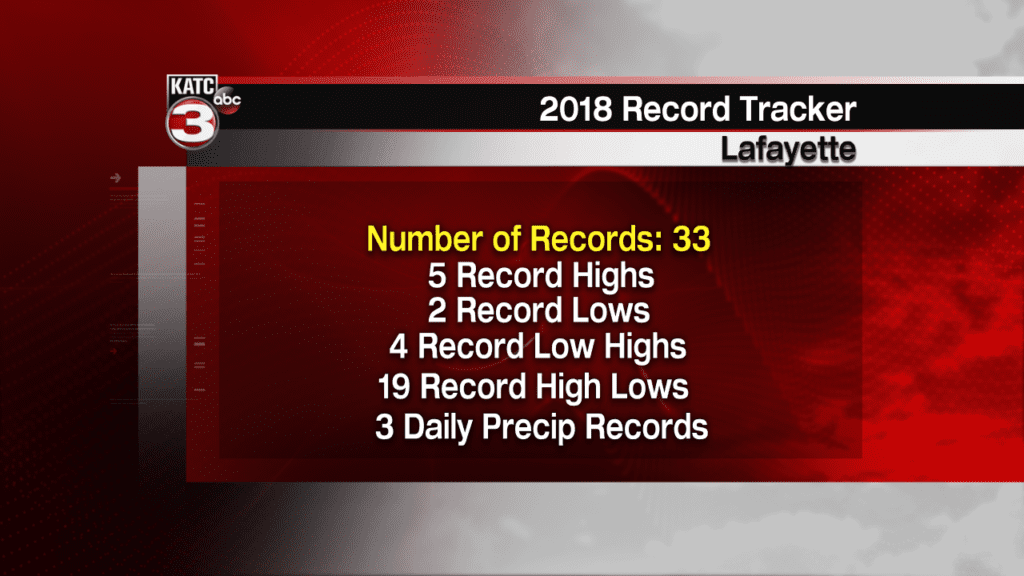 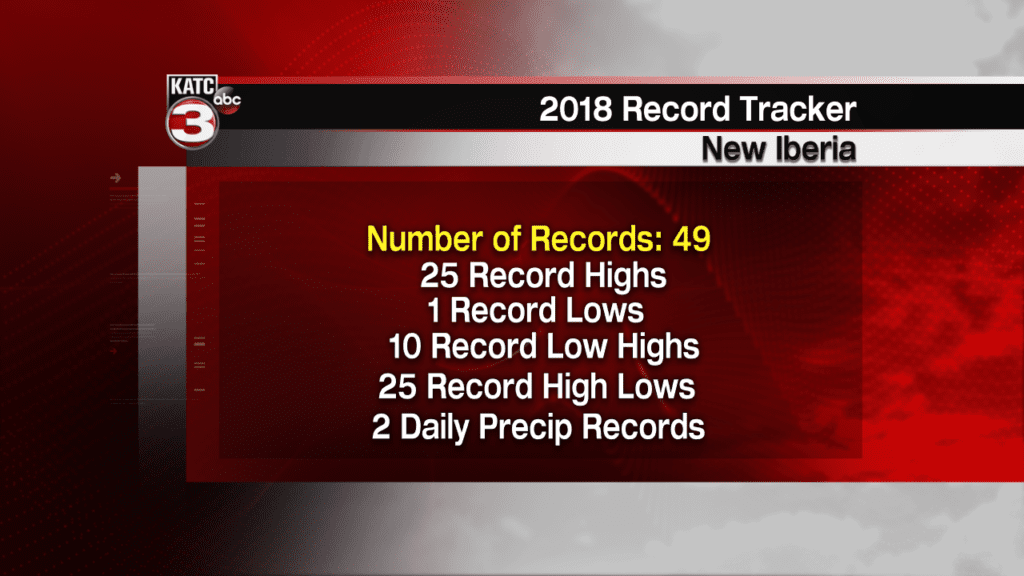 Records in New Iberia are fairly recent having been kept since 1948, while Lafayette’s observations go all the way back to 1893.

The records though only tell part of the story, this tied New Iberia’s sixth warmest year on average (70 degrees), the record warmest is a tie between 1927 and 2012 (71.4 degrees).

New Iberia’s concentration is a little higher (although their records are significantly younger than Lafayette’s and missing what looks like a warm period in the 1920s), with seven of the top ten coming in the last ten years, and nine of the top ten in the last twenty years.

This again includes a stretch going back to 2015 of consecutive years being in the top ten warmest on record in New Iberia.

Since records have been kept the last time Lafayette posted a top ten coolest year was 1983, for New Iberia it’s been a little later with 2002 tied for the ninth coolest year on record.

Surprisingly this hasn’t necessarily corresponded with wetter records either over the last 20 years Lafayette has only seen 3 of the top ten (not surprisingly 2016, 2004, 2001) while New Iberia has posted top 10 numbers twice (2016 and 2001).