With high pressure advancing into the Acadiana area helping to clear our skies today, expect colder conditions tonight with a light freeze and frost likely for all of Acadiana.

It won’t get cold enough for any pipe issues Tuesday morning, but readings will range from the upper 20s across the northern Acadiana parishes to the lower 30s farther south. 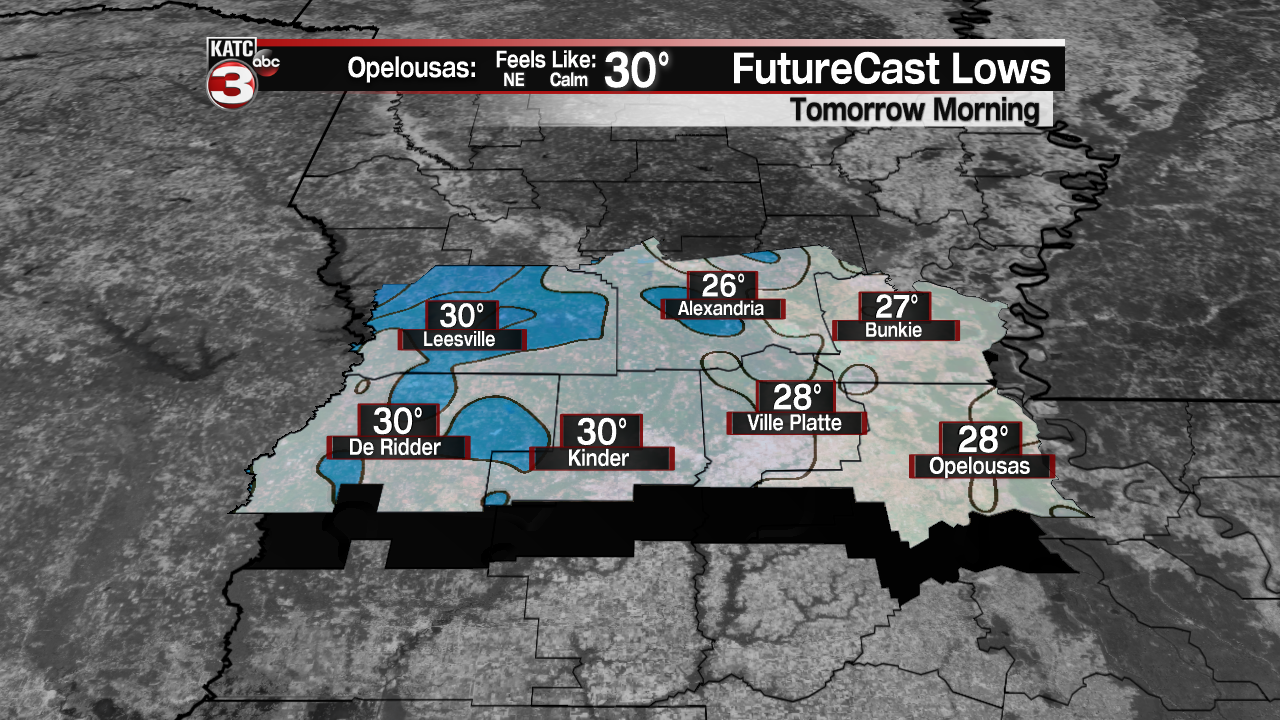 Fortunately winds will be lighter to nearly calm by daybreak so there should be minimal wind chill by Tuesday morning. 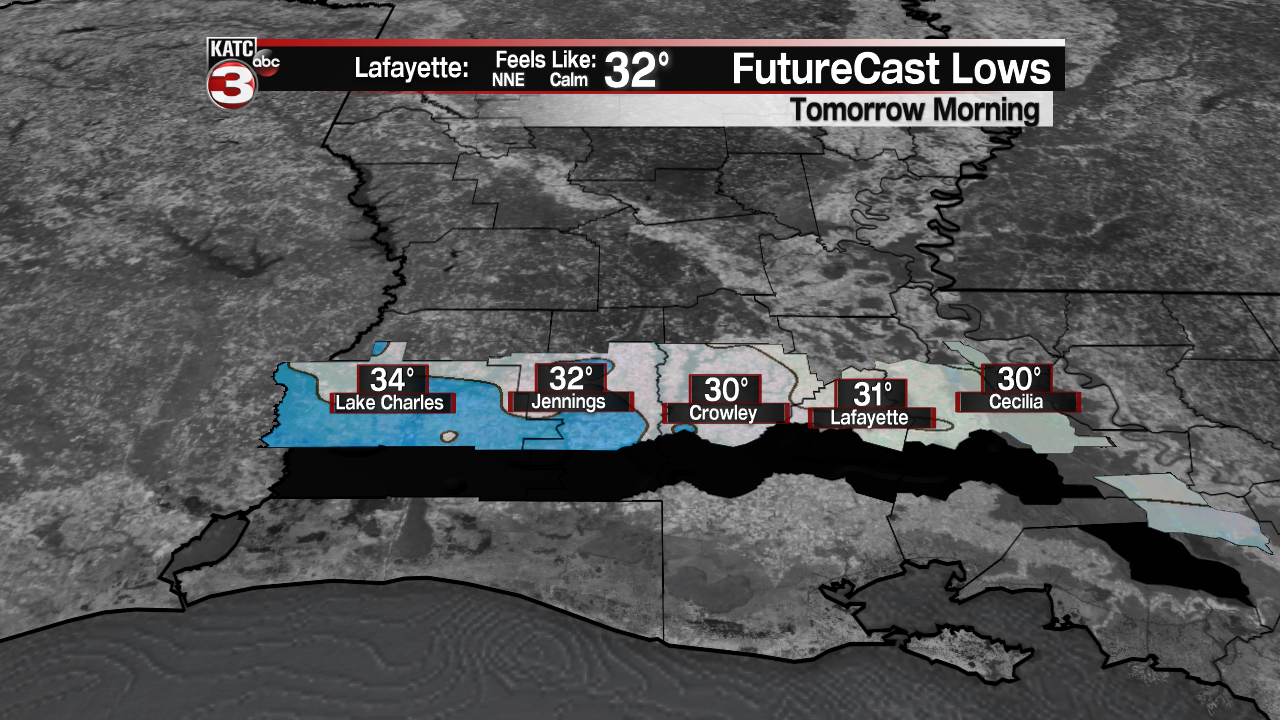 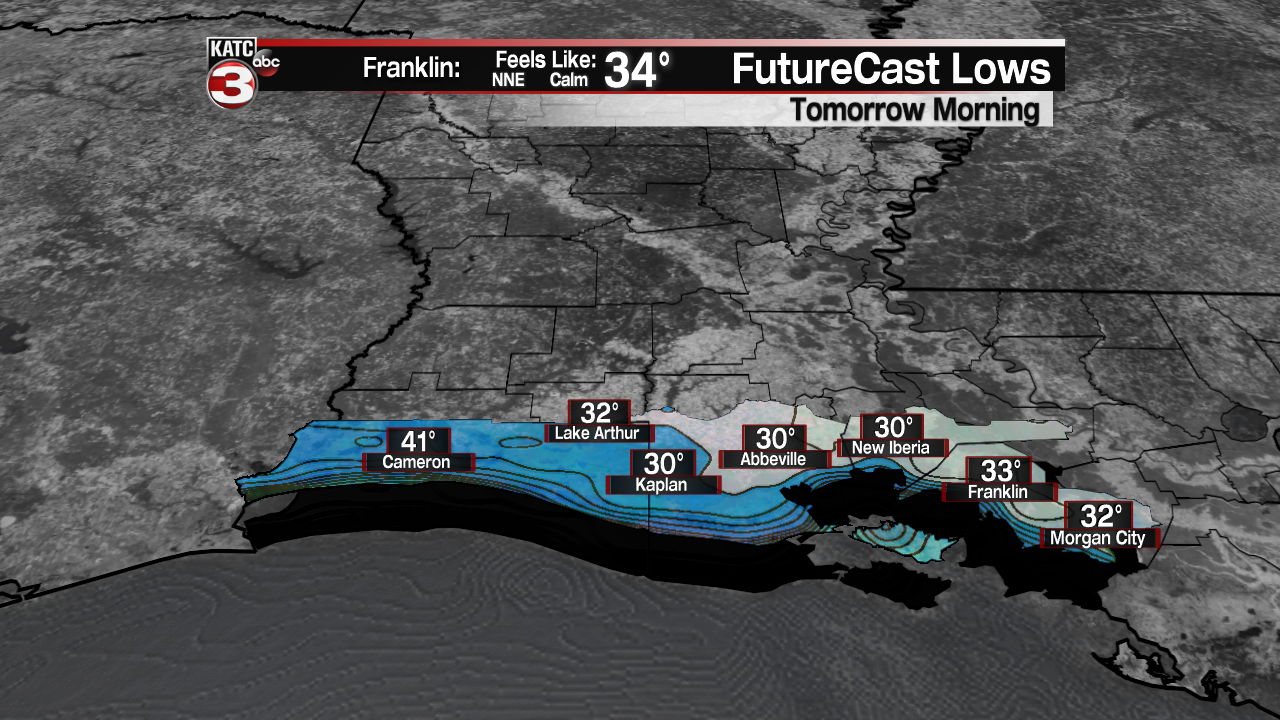 After the frosty start Tuesday, skies will be mostly sunny allowing temperatures to rise nicely into the upper 50s for the afternoon…and with very light and variable winds, it will feel even warmer in the sun. 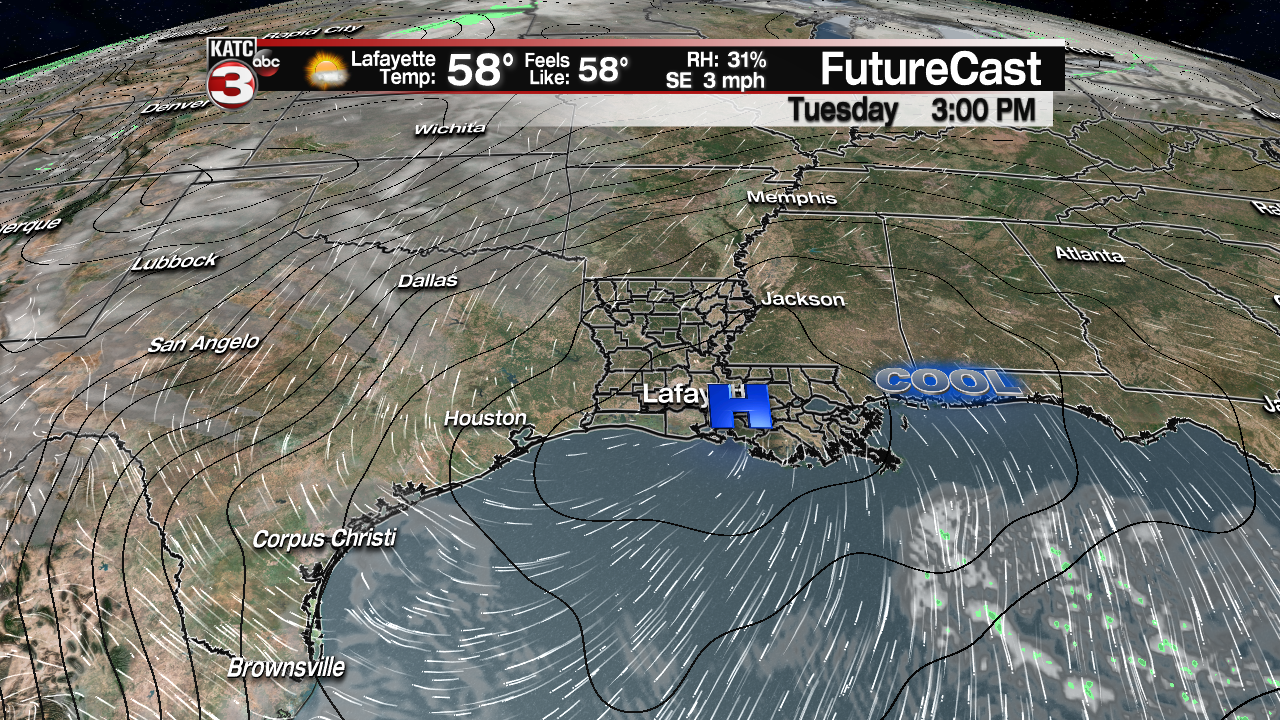 It won’t be as cold for Tuesday night/Wednesday morning as light southeast winds and high clouds will conspire to keep temperatures in the upper 30s to lower 40s with a minimal chance of frost. 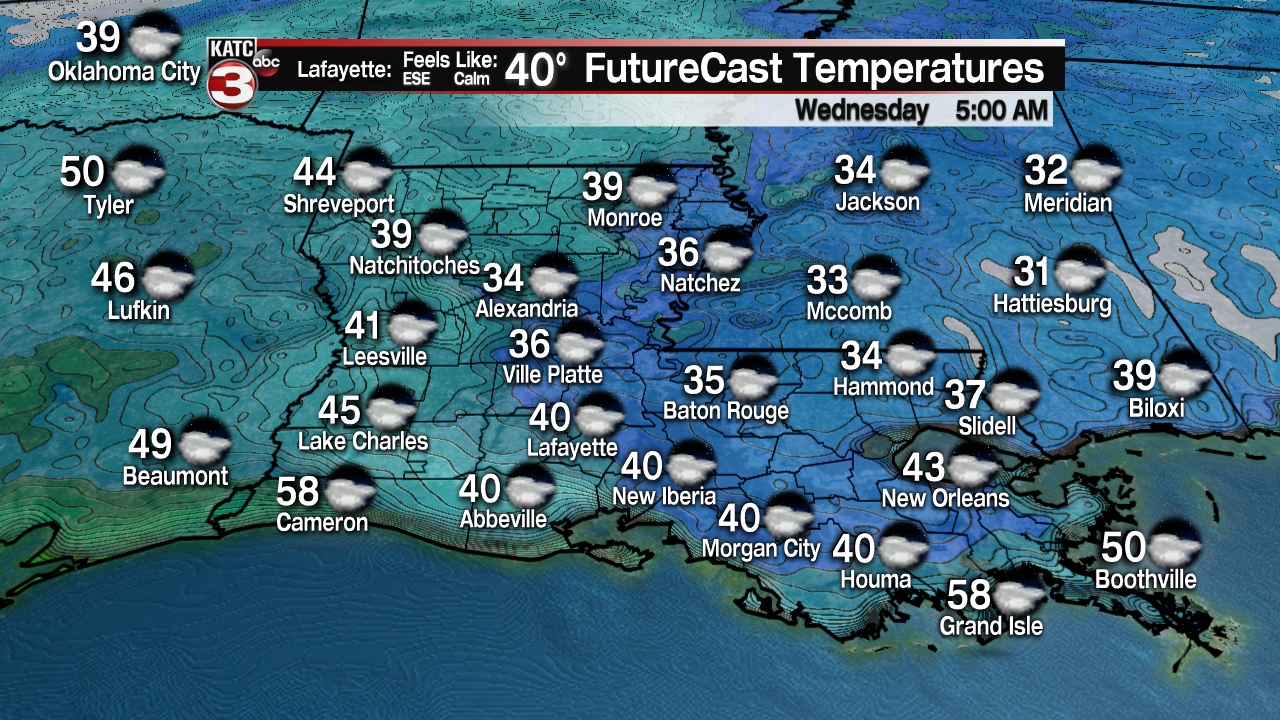 After some dull sunshine early Wednesday, look for clouds to increase late in the day in response to our next weather-maker that arrives Thursday. 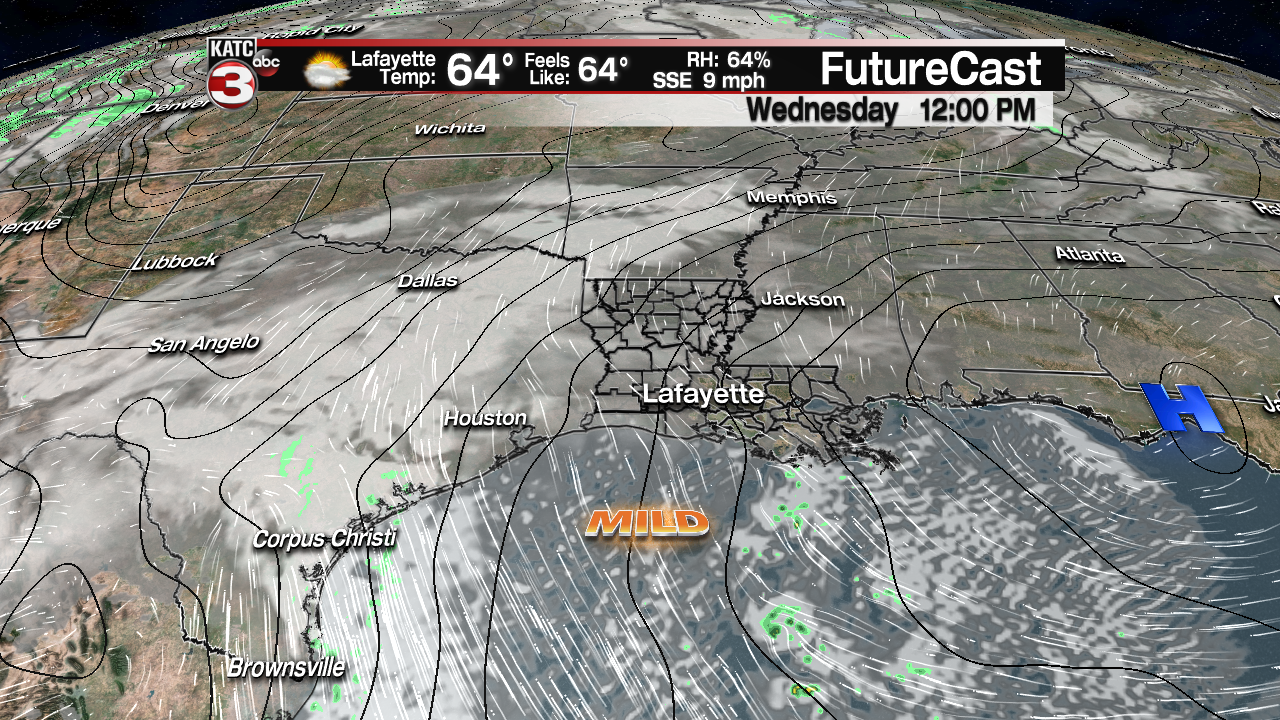 The next system will combine an upper low currently sitting off of the West Coast of the U.S. with a strong polar jet crossing the Pacific at this time. 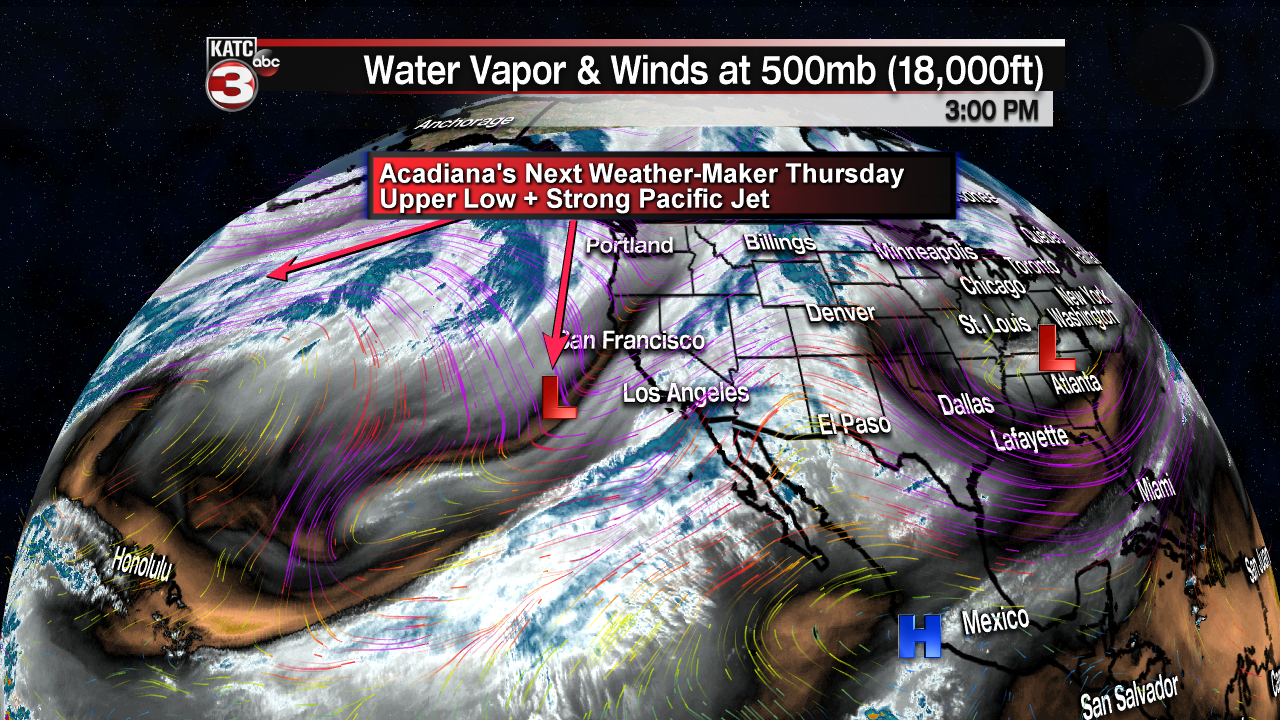 An area of low pressure will once again develop across the Plains States Thursday (but with less snow on the northern and western fringe as compared with this weekend’s past system) and will likely deliver a very good chance of rain to Acadiana with some embedded thunder possible. 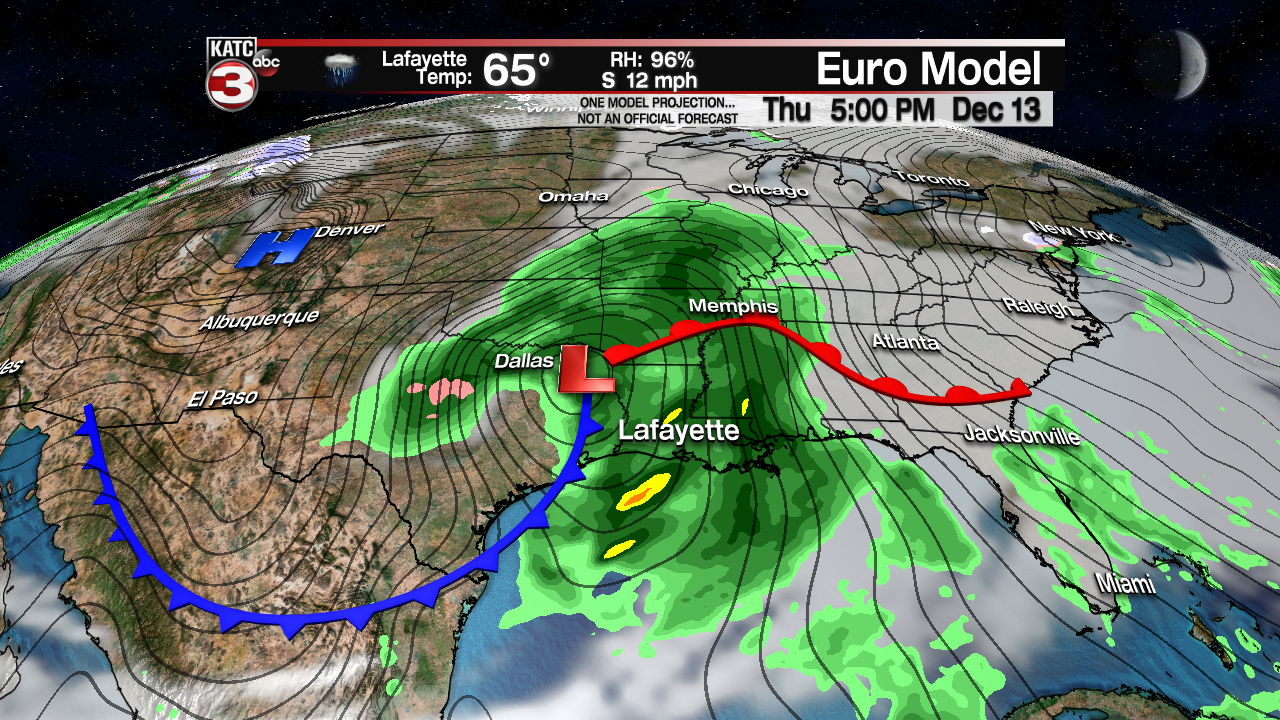 Like our last weather system Saturday, there will be some wind dynamics in the upper atmosphere with Thursday’s storm system, but lack of instability (or a preponderance of cool/less buoyant conditions), should limit any severe weather potential…more on that as we get closer to the system.

As for rainfall, the European Model is less enthusiastic about the rain totals than the GFS Model, so for now, we’ll split the difference and go with a one to two inch rainfall. 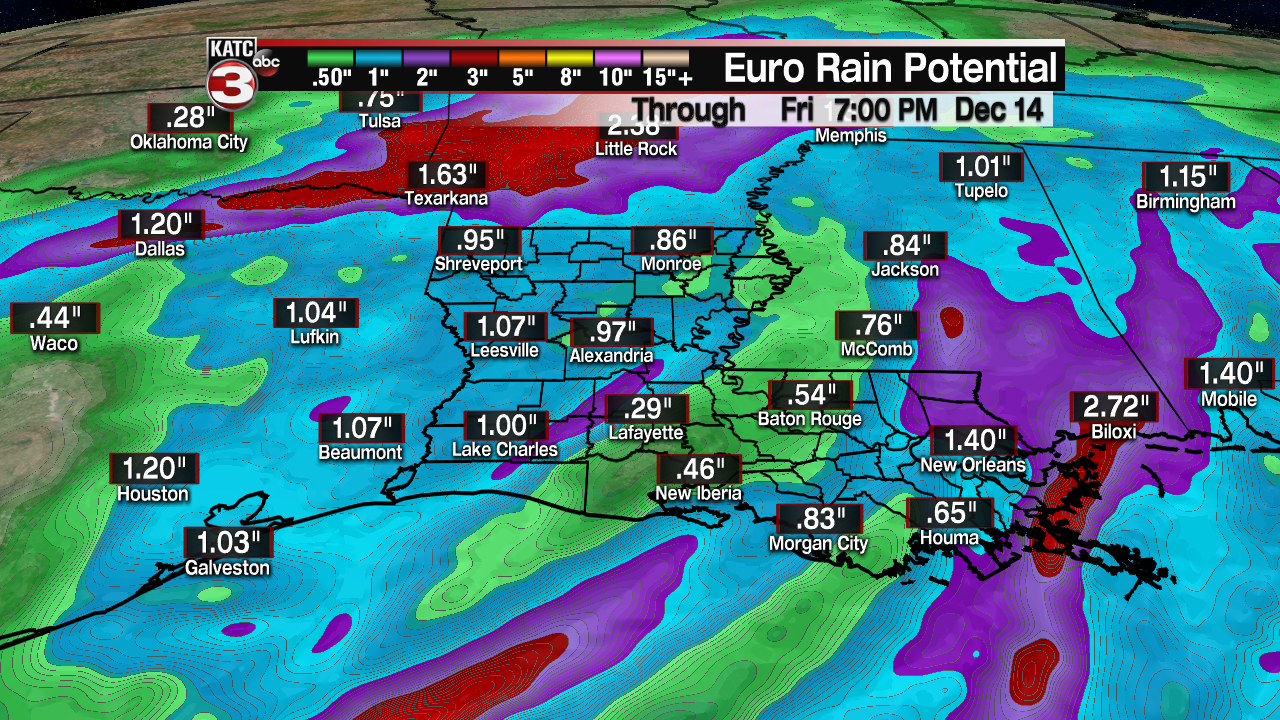 Thursday’s rain, could be an almost all day rain event, and once again, the upper low guiding this system will lag a day behind the surface system so do expect another overcast, breezy and chilly day Friday with the slight chance of patchy light rain and/or drizzle. 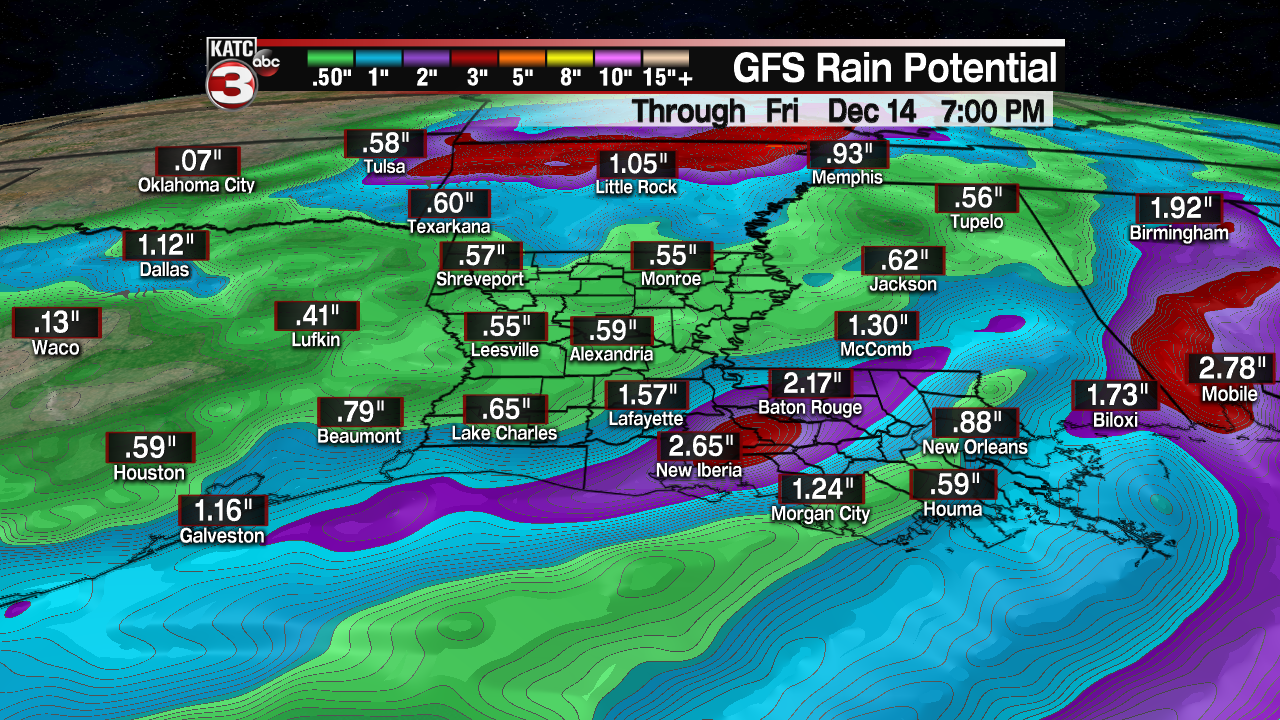 The weather pattern should improve for the weekend with skies becoming partly sunny Saturday and Sunday. 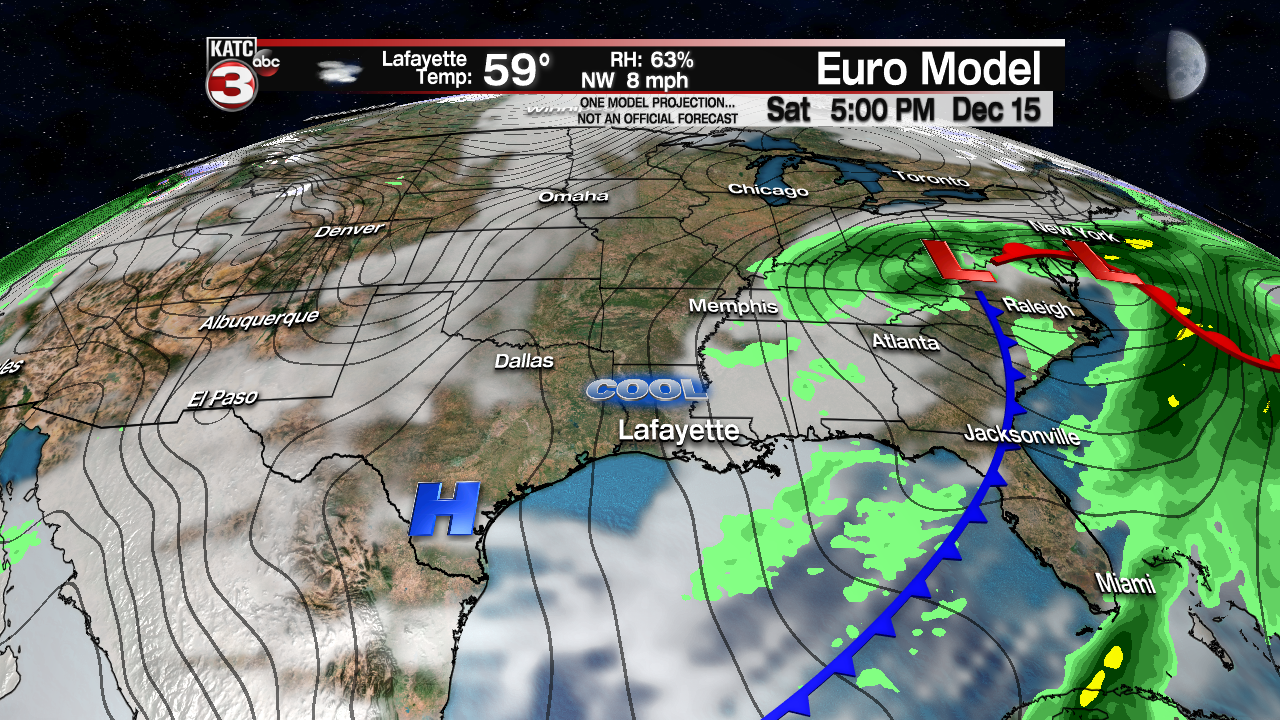 It appears that a weak front approaches the region Sunday night into Monday with little or no rain in the forecast until the next system arrives, Wednesday and/or Thursday of next week.