Acadiana will get to enjoy another nice fall day Wednesday, but expect some quick changes thereafter with some rain Wednesday night, followed by a nice Thanksgiving and then a good chance of rain Friday.

In the near term, its going to be a chilly one through Wednesday morning with temperatures ranging from the mid-upper 30s across northern sections of Acadiana to upper 30s to lower 40s elsewhere.

There could be some patchy light frost in spots by daybreak, especially in the northern portions of Allen, Evangeline and St Landry Parishes.

After a crisp start Wednesday, it should warm nicely into the lower 60s under mostly sunny skies for Wednesday afternoon, but you may notice some high clouds increasing from the west by sunset. 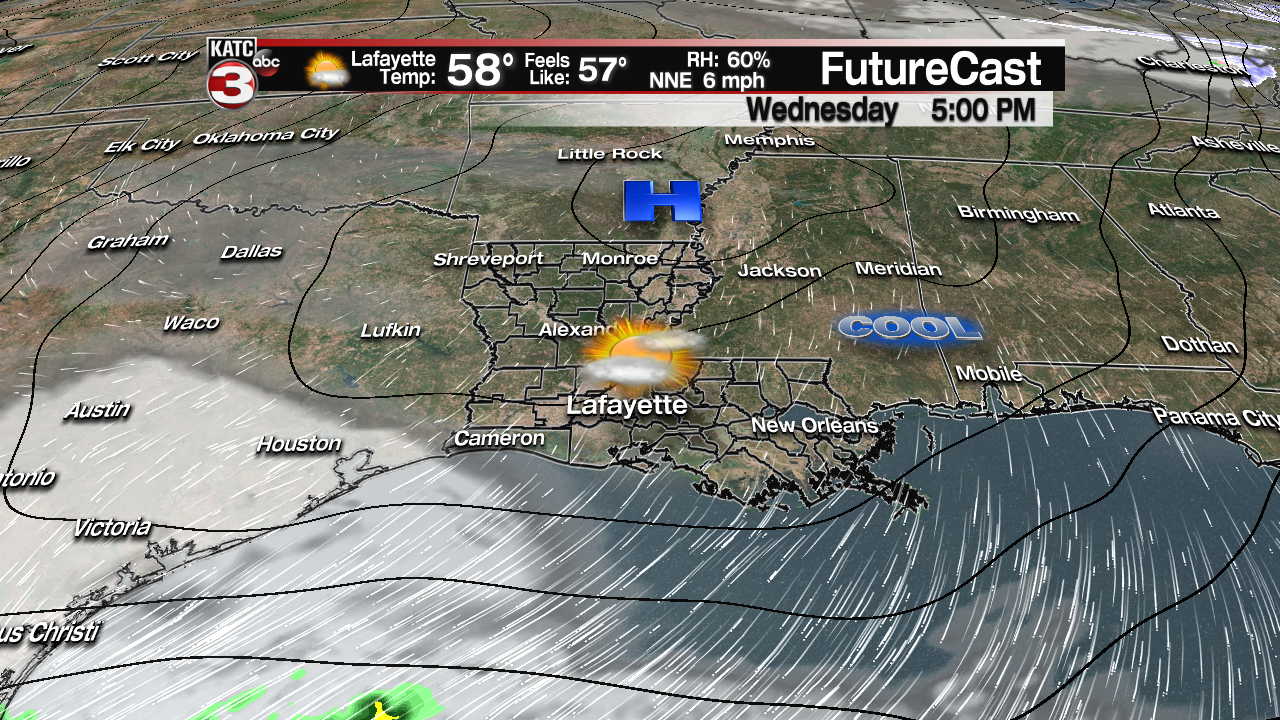 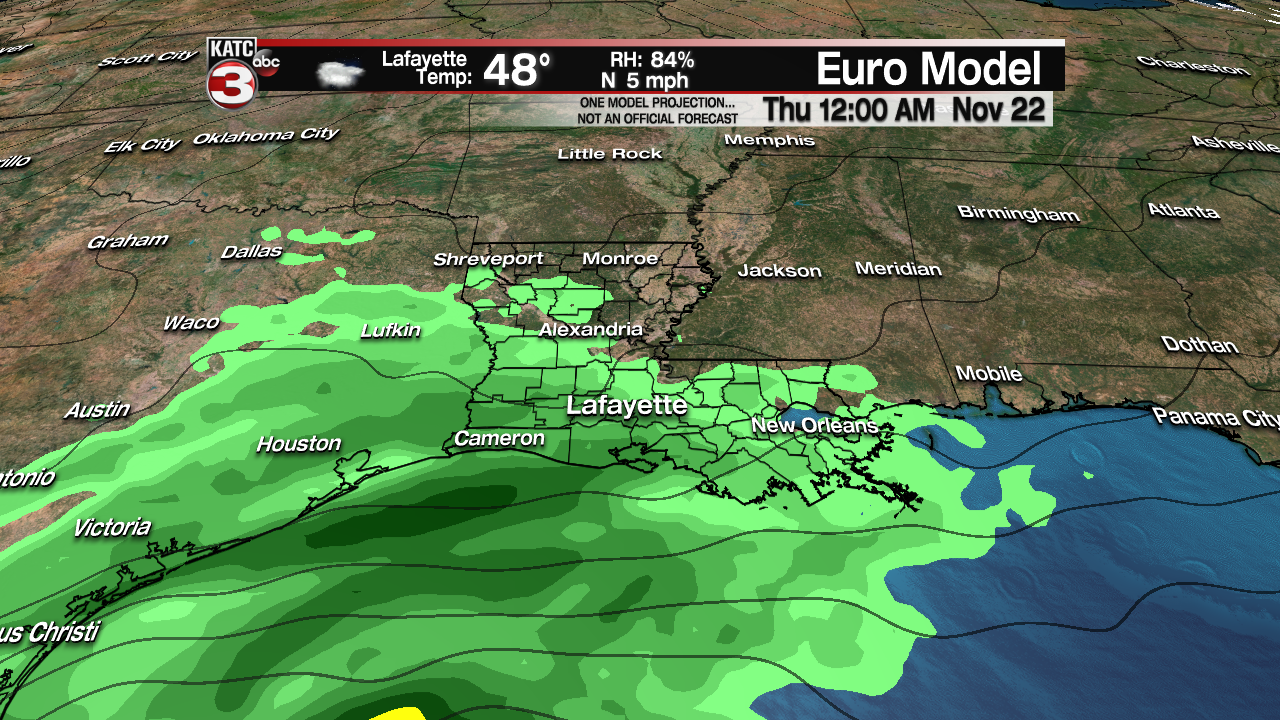 Better coverage of rain and a few storms will be found Wednesday night in the Gulf of Mexico.

The system should be east of the area Thursday with morning clouds and cool temperatures in the mid-40s expected as the turkeys go in the oven.

Thanksgiving afternoon should be partly to mostly sunny and seasonably cool with highs in the lower 60s…perfect weather to go outside and burn some calories!

Another, more potent system, will approach the area Friday, with periods of rain likely developing along with the risk of a few embedded rumbles of thunder. 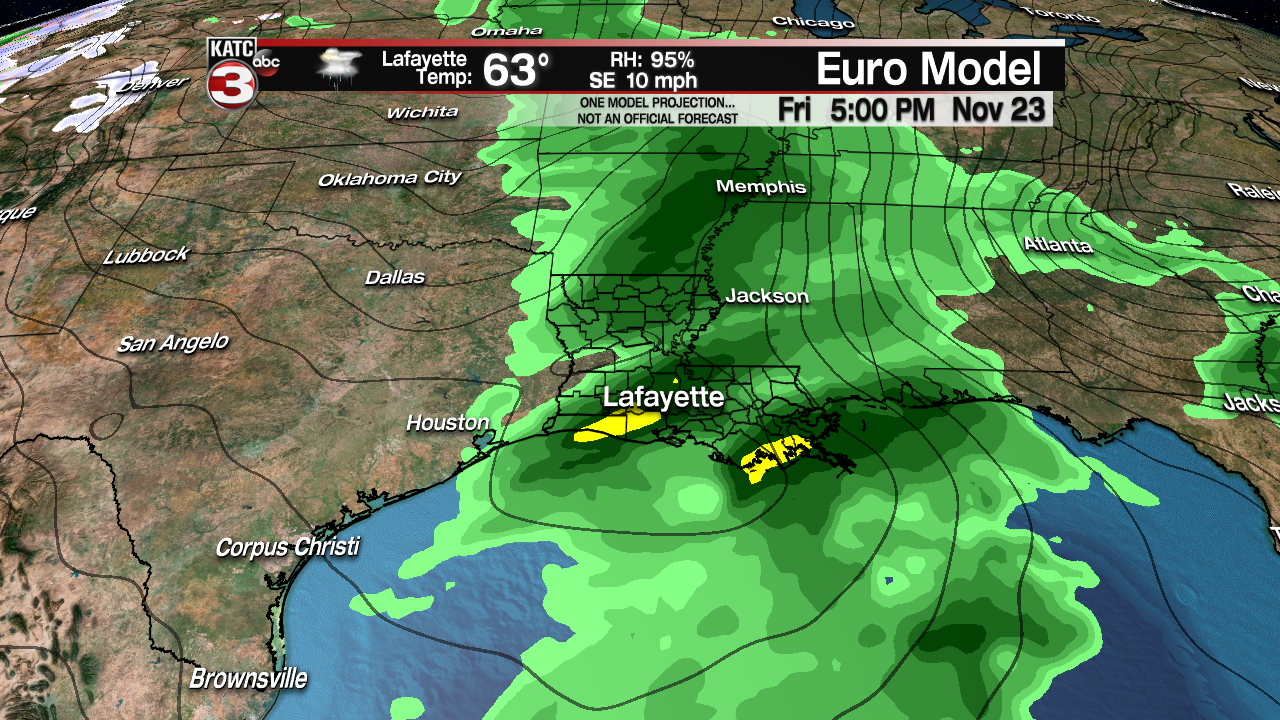 After light rainfall amounts of about 1/4″ or less Wednesday night, it does appear that we’ll have a chance of at least up to an inch of rain Friday, but there won’t be a flood threat due to the progressive nature of the system.

But travel in and around the area will be wet…so keep that in mind. 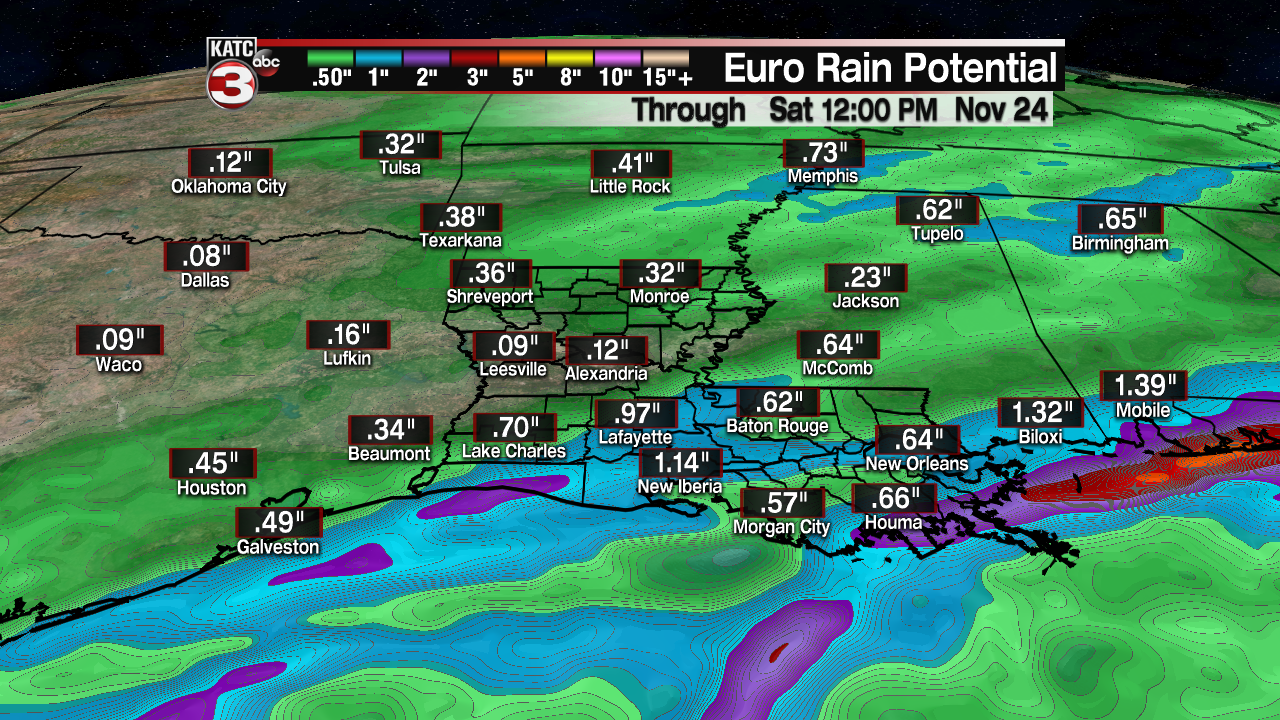 With that being said, there could be a few embedded strong storms that develop closer to the coast and into Southeast Louisiana with this system, but it will be dependent on the ultimate track of any weak low pressure system that may develop.

Beyond Friday’s rainy system, expect a relatively nice and mild weekend, but with plenty of in and out cloud cover.

Highs this weekend should reach the low to mid 70s, but a quick cool front will pass through the area Sunday bringing at least the chance of some showers, especially early in the day. For now we have rain chances up to 30-40% Sunday. 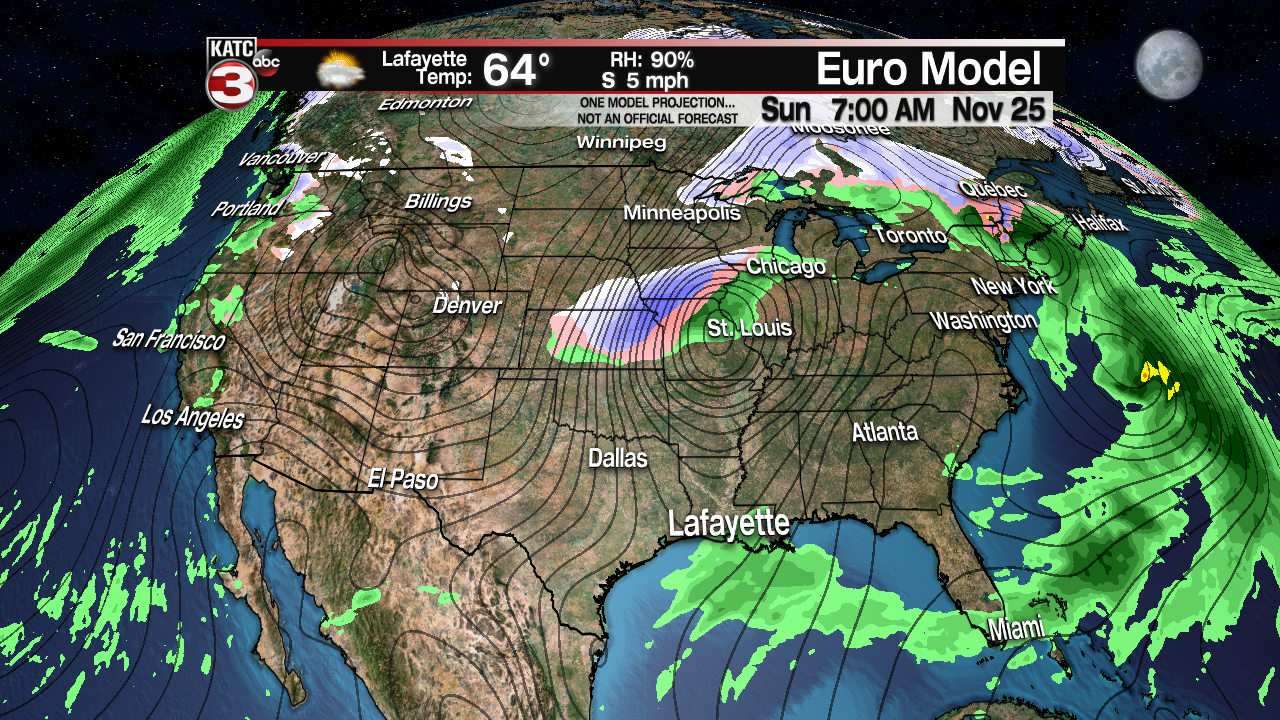 Sharply cooler, drier and breezy conditions will follow Monday through Wednesday of next week, with highs dropping back into the 50s while lows could dip into the mid-, and perhaps lower 30s, with a  possible frost or light freeze by next Wednesday morning.

Thereafter, expect another warm-up for the end of the week into the following weekend with temperatures getting back into thee 70s once again…this it goes for Louisiana in the month of November with up and down and up temperatures just in the 10 Day Forecast!