Occasionally wet and shifting to Fall…Winter temperatures next week

After seeing 80s Wednesday, and 70 degrees Thursday, big changes are in store for Acadiana with readings in the 50s for highs Friday into the weekend.

A strong cool front will push through the area Friday morning, and with it and in its wake, expect periods of rain from the morning into the afternoon hours. 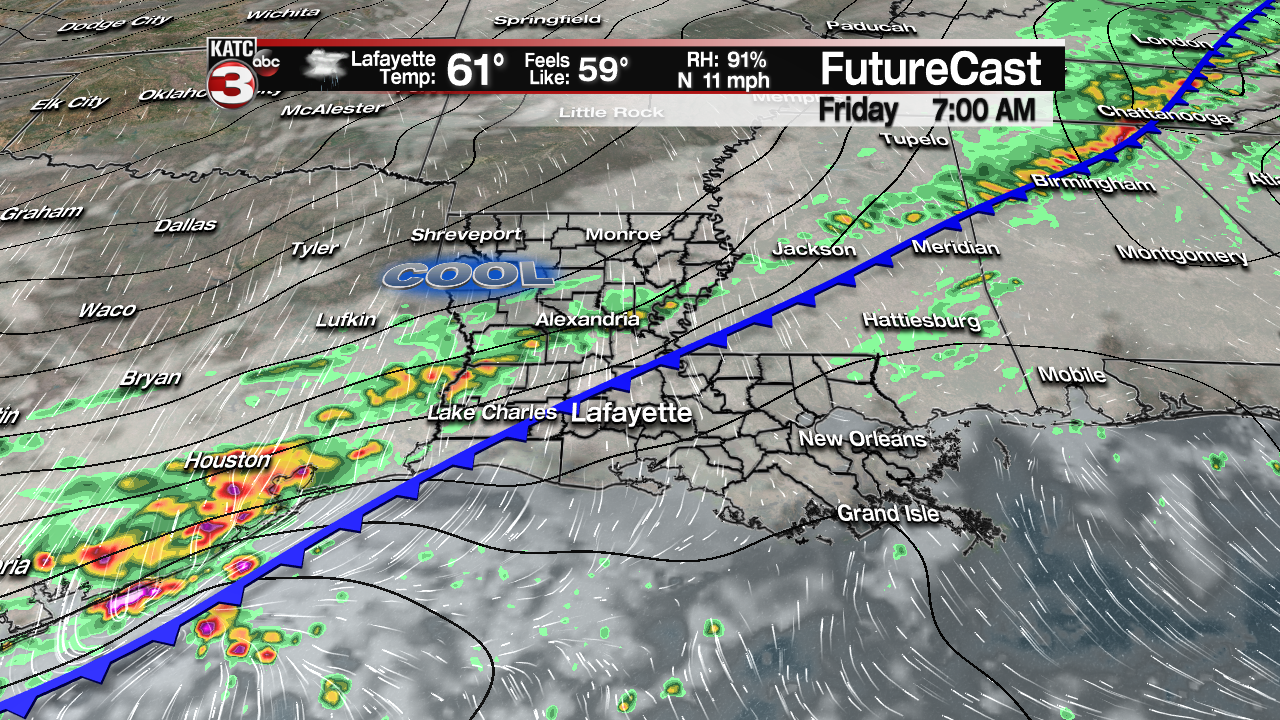 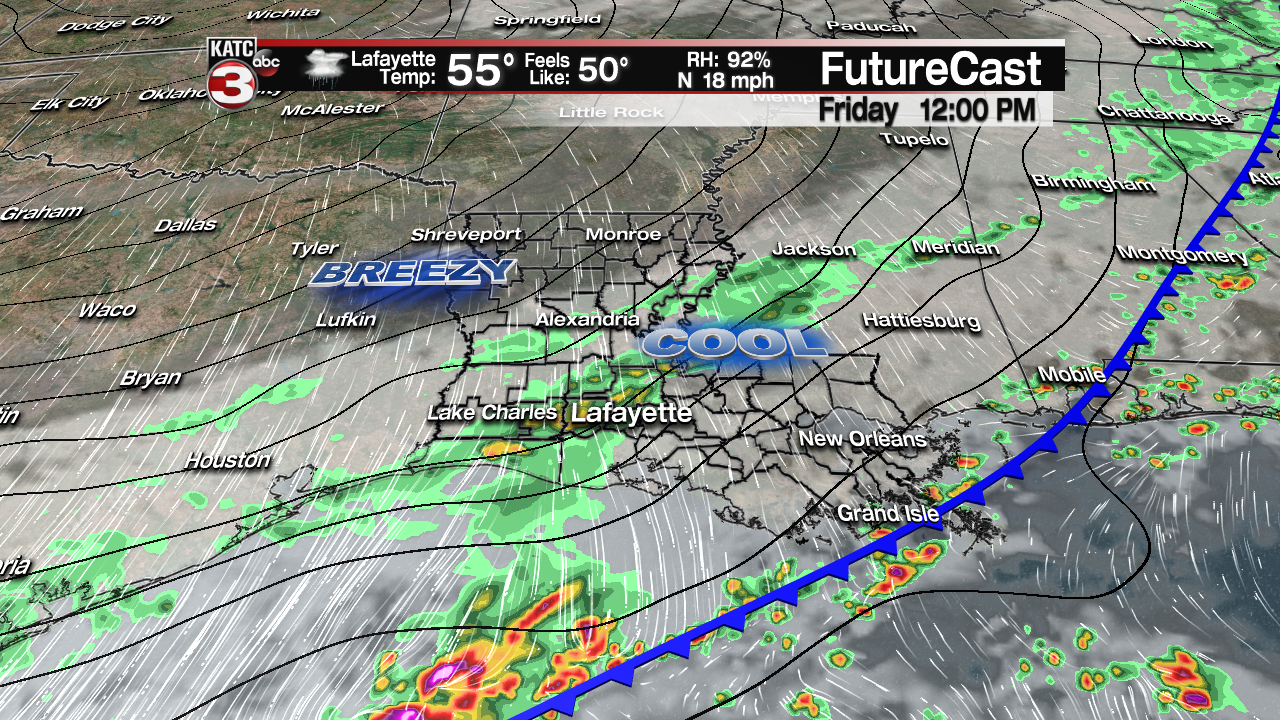 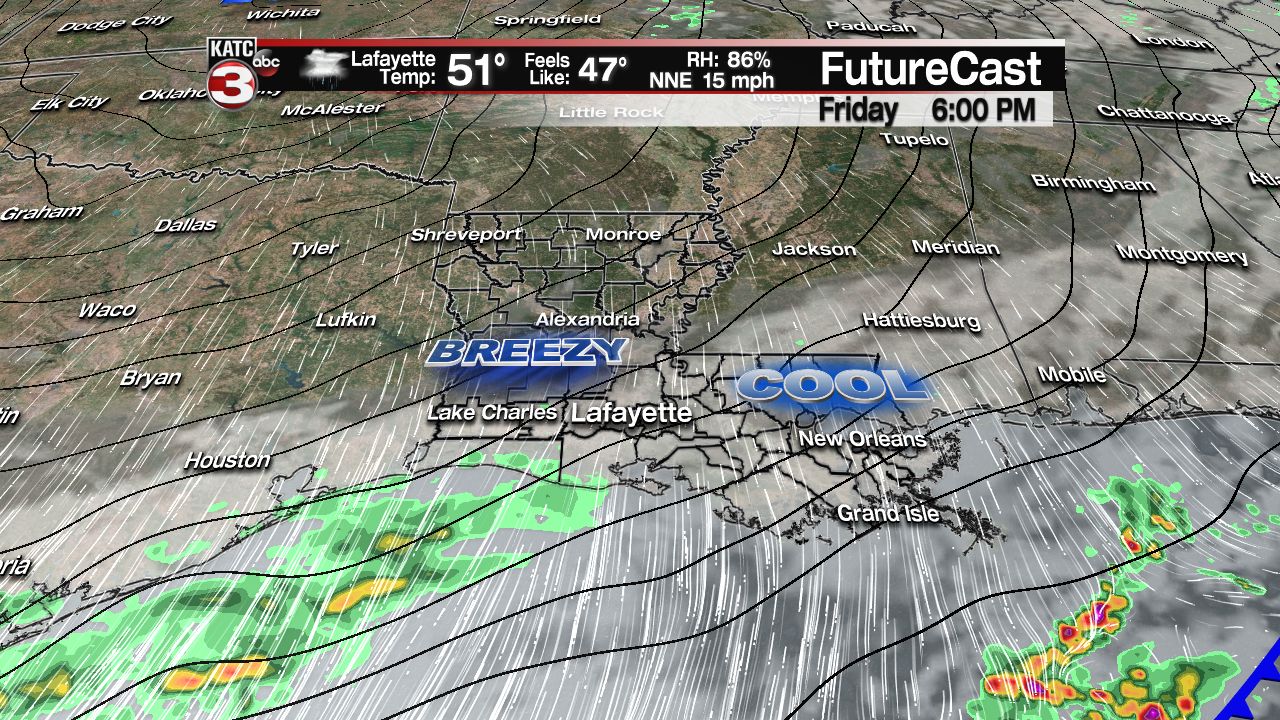 The big story Friday will be the temperatures that start in the lower 60s in the morning, but drop into the lower 50s by late afternoon…add to the cooler temperatures, stiff north winds, and then we are talking a bit of a wind chill going into Friday night.

Rains should taper late Friday afternoon into the evening hours with a few sporadic misty sprinkles into the early night possible.

There is a little hope for some dull sunshine Saturday, but there will be plenty of mid and high level clouds persisting and more than likely thickening back-up by the end of the day. 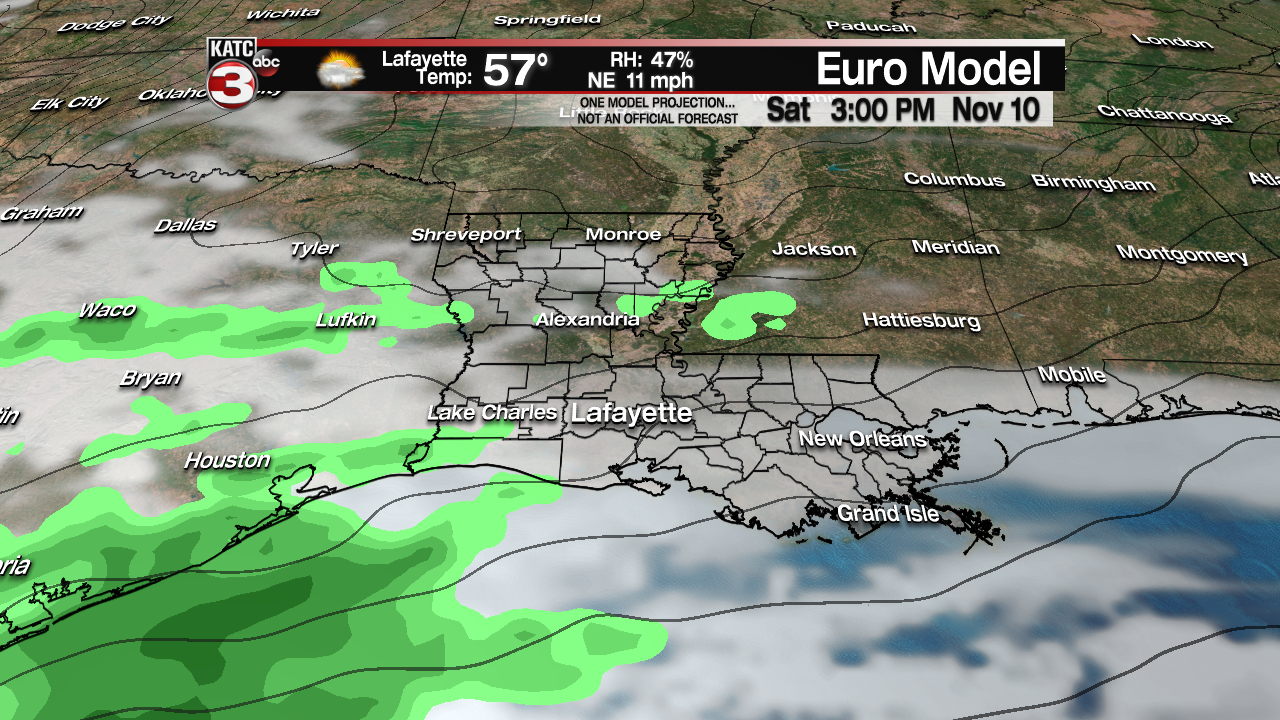 In fact, there’s a pretty good chance the area won’t see much sun until mid-next week behind a polar front that arrives to the region by early Tuesday bringing a taste of winter temperatures to the area for several days.

Before the colder temperatures, rains and even a few embedded storms will develop by late Sunday, mainly into the evening and night with high rain chances likely into Monday. 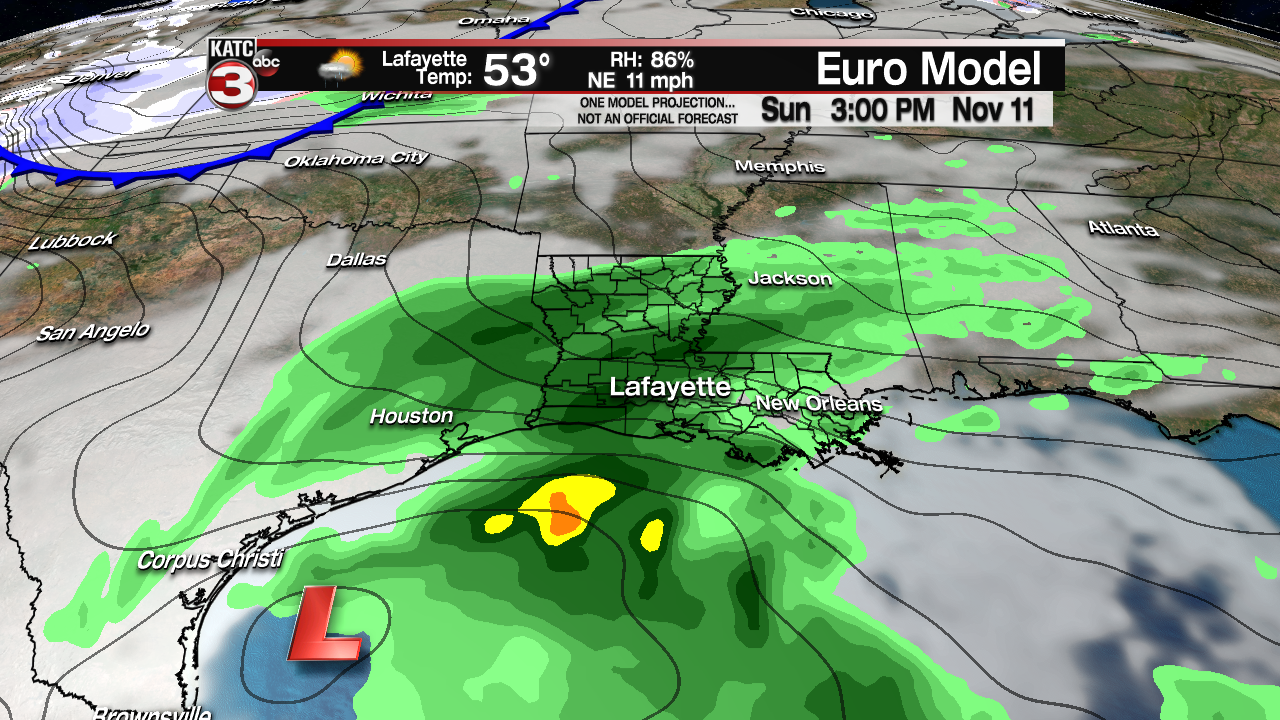 Look for temperatures to top out in the mid-upper 50s this weekend, but could rise into the mid-upper 60s to lower 70s Monday as an area of low pressure develops along Friday’s front in the Gulf of Mexico Sunday and then advances northeastward toward Southeast Louisiana Monday. 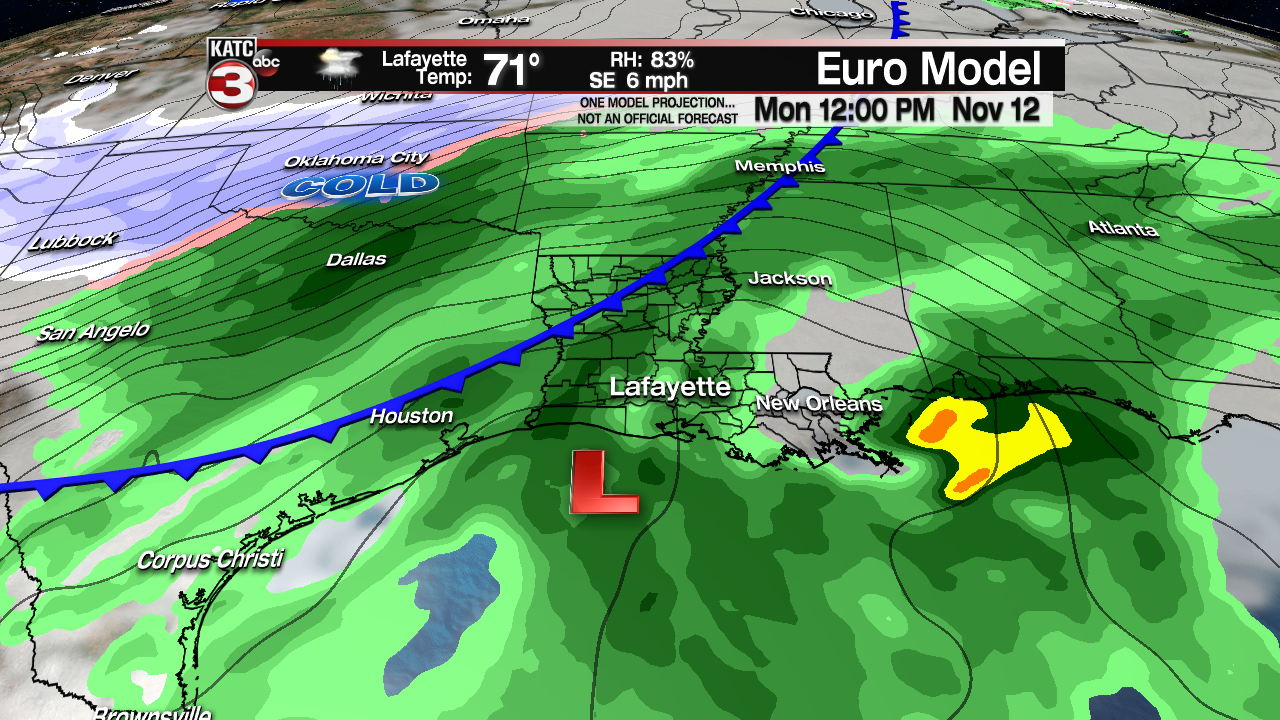 The rain-maker late Sunday into Monday could generate a good soaking…for now we’ll go with an estimate of 1-2″, following both the GFS and European forecasts.

A “polar” cold front and surge of Canadian high pressure will arrive Tuesday with breezy and colder conditions and skies gradually clearing during the day. High temperatures Tuesday will be in the winter-like 40s, with wind chills likely in the 30s!

Mostly sunny and cold weather will finish the week, with morning lows dropping into the low-mid 30s Wednesday, Thursday and Friday mornings.

While the details are still not clear, Acadiana will likely see its first frost and/or light freeze sometime mid-late next week…and there could be more than one morning where that occurs, especially in northern part of Acadiana.

It won’t be a “pipe-busting” cold, nor will there be any precipitation (as many of you have already asked!), but a killing frost or freeze for some of our vegetation appears likely at this time.

Lots of sunshine is expected Wednesday through the next 4-5 days that follow with temperatures gradually moderating back to seasonable readings next weekend.