Sub-Tropical Storm Oscar forms in the middle of the Atlantic 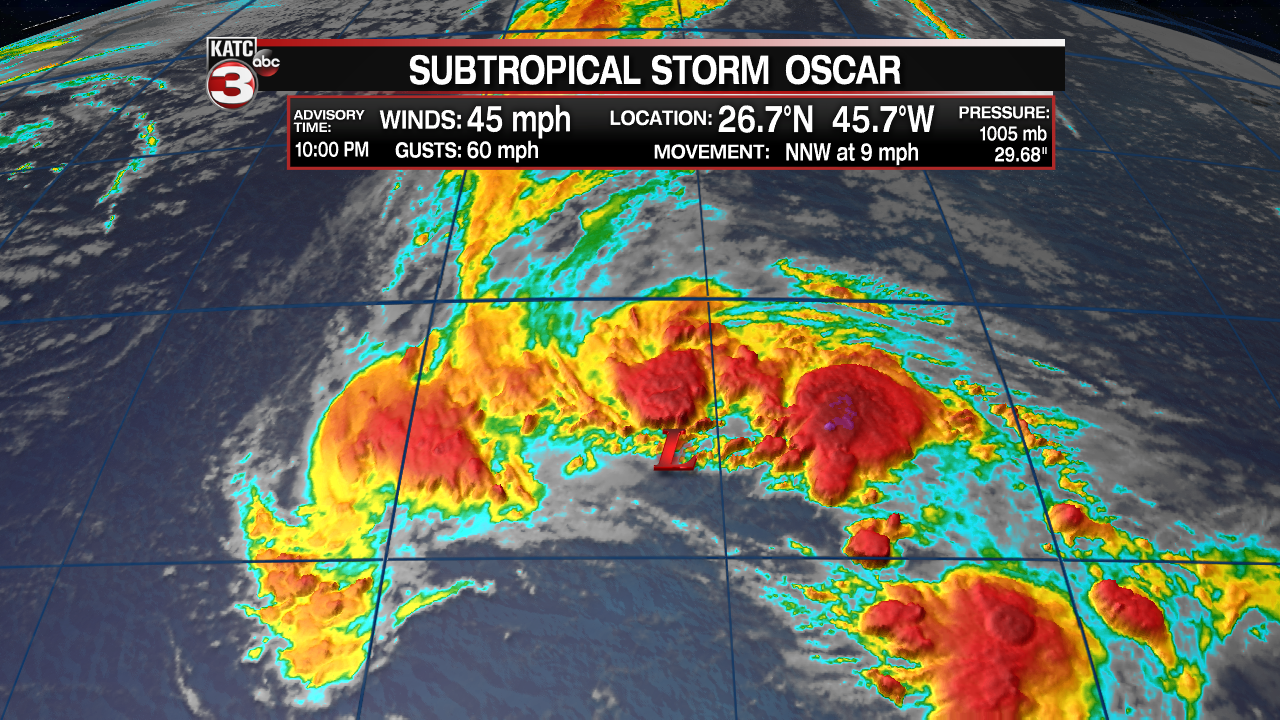 The system could get close to hurricane strength by early next week but will not be a threat to land. 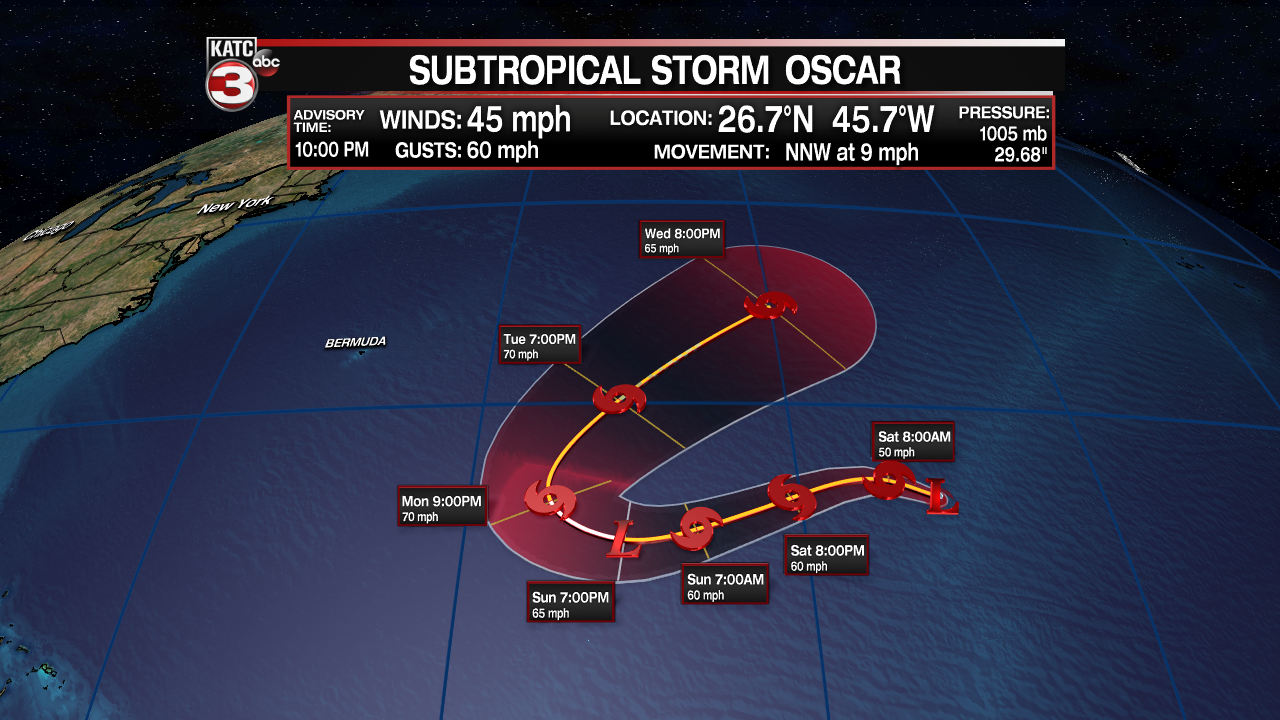 The storm, with 45 mph sustained winds, was moving to the north-northwest, but is expected to west-southwesterly this weekend before getting swept northeastward by a frontal trough early next week.