Acadiana will see a little more sunshine mixed with clouds as the week ends along with milder afternoon temperatures.

Another front will approach the region Saturday inducing more clouds late Friday, and perhaps a few showers into Saturday, but both days won’t be a washout.

The sun should return Sunday, with breezy and cool conditions anticipated.

In the near term, clouds will stay locked in across the region overnight through early Thursday with temperatures ranging from the upper 50s to lower 60s by morning. 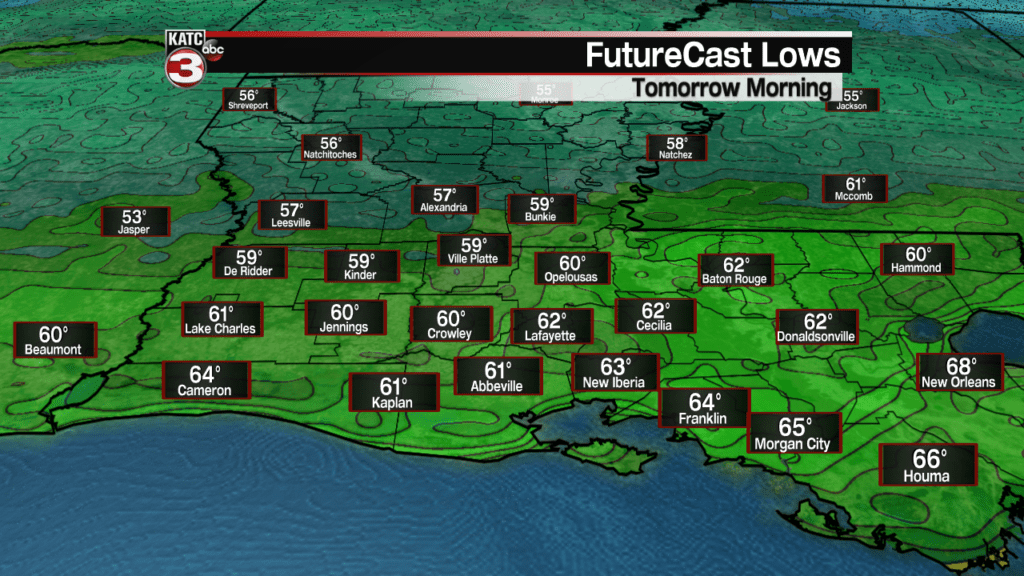 After a cloudy start Thursday, clouds will thin with partly sunny skies anticipated as the day wears on helping to push afternoon temperatures into the mid-70s. 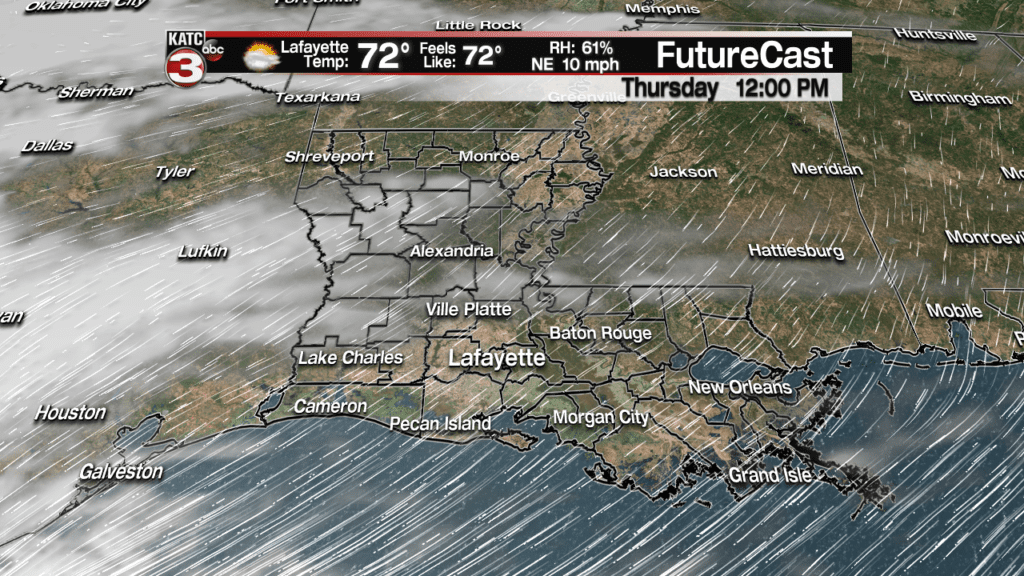 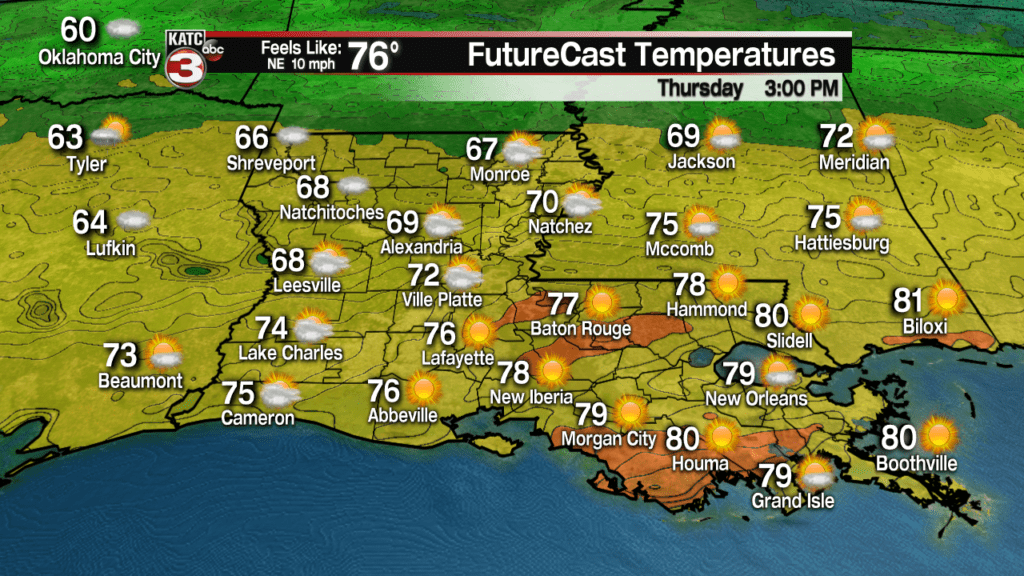 Look for partly to mostly cloudy skies Friday accompanied by warmer temperatures with highs reaching the mid-80s. A few showers will be possible during the afternoon. 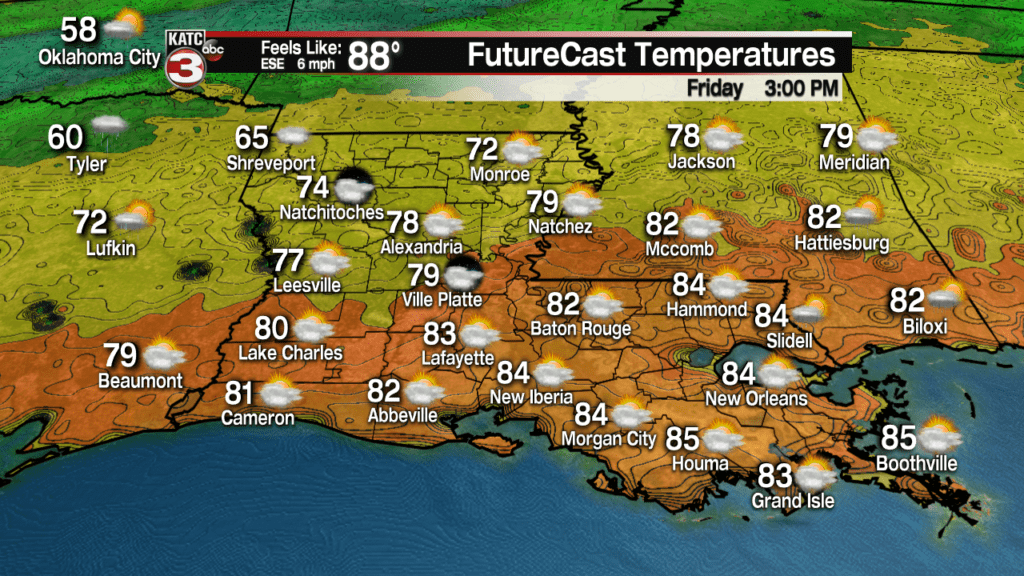 As mentioned earlier, a weekend front will insure mostly cloudy skies Saturday with highs in the 70s and the chance of scattered showers possible into the evening hours.

Partly to mostly sunny skies should return Sunday, along with breezy and seasonably cool conditions.

Highs Sunday will range in the upper 60s to lower 70s.

We could see temperatures dipping down into the upper 40s to lower 50s Monday morning, but milder conditions followed by wetter conditions are anticipated into next week.

While it timing and intensity of Acadiana’s next weather-maker are still in question, a couple of Gulf storm systems riding along the frontal remnant boundary could deliver several soakings during the Tuesday through Thursday time frame, with the wettest days, per today’s Euro Model, being Tuesday and especially Wednesday. 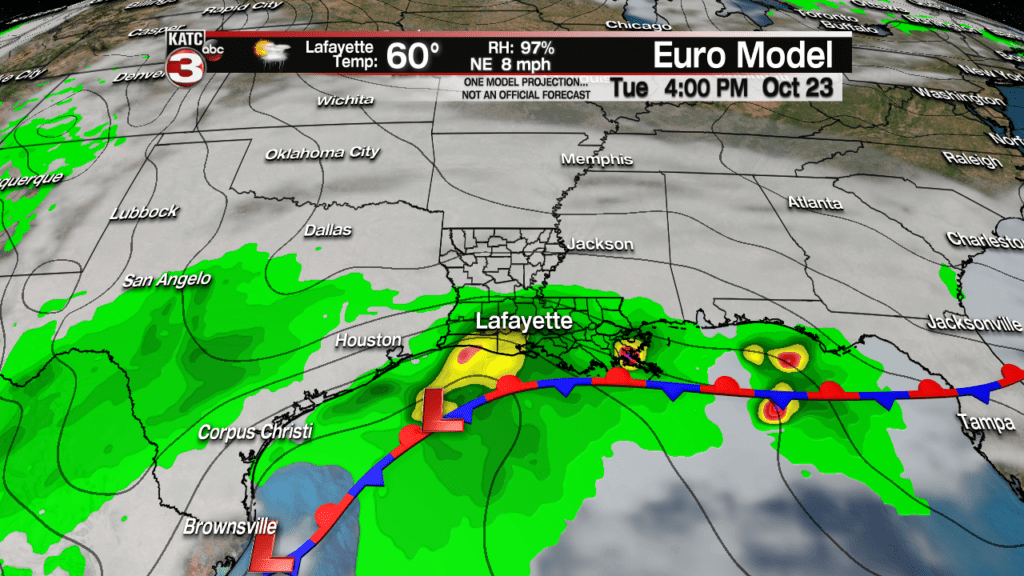