Big late summer heat will continue for Acadiana over the next several days, but there will still be the chance of some cooling afternoon showers and thunderstorms.

Temperatures Saturday topped out in the mid-90s across the area with the heat index rising as high 108 in Lafayette at 3 pm. And New Iberia set a new record high of 97 degrees beating the 95 degree maximum set in 1953.

It will be close to that stifling again Sunday and Monday, with highs pushing the mid 90s and heat indices in the neighborhood of the 105 degree range. 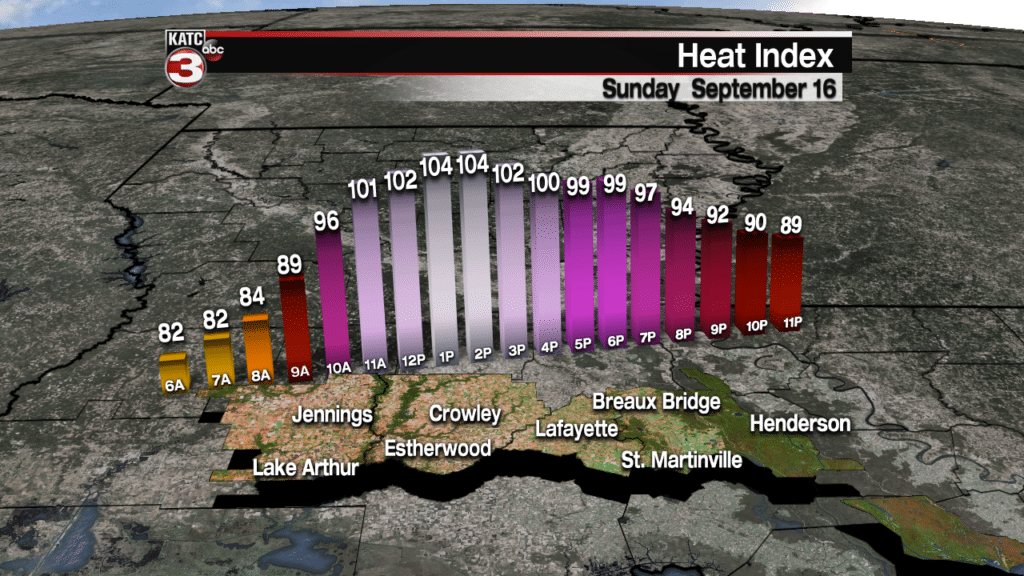 Prospects of scattered afternoon storms will be in the 30% range Sunday. 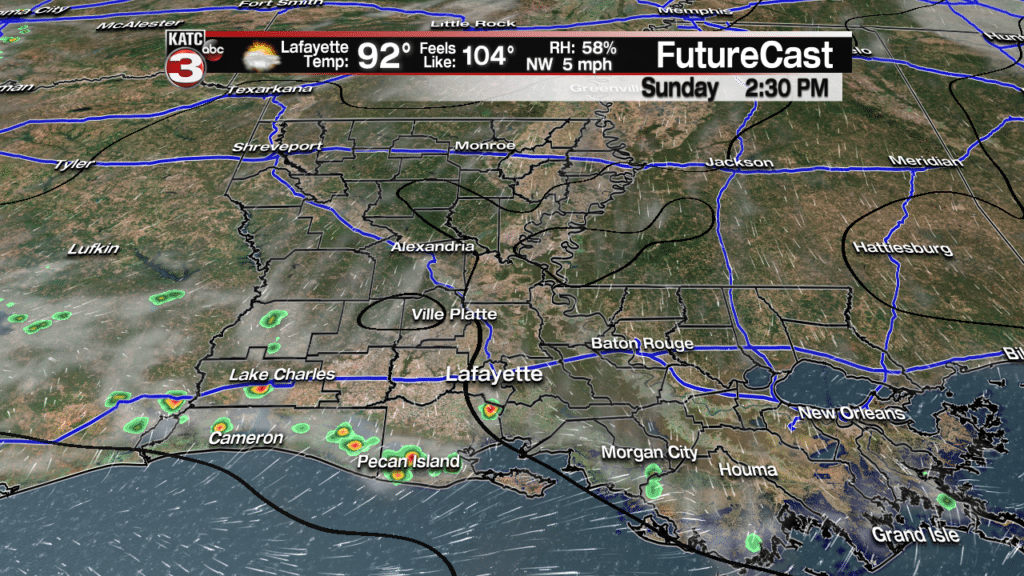 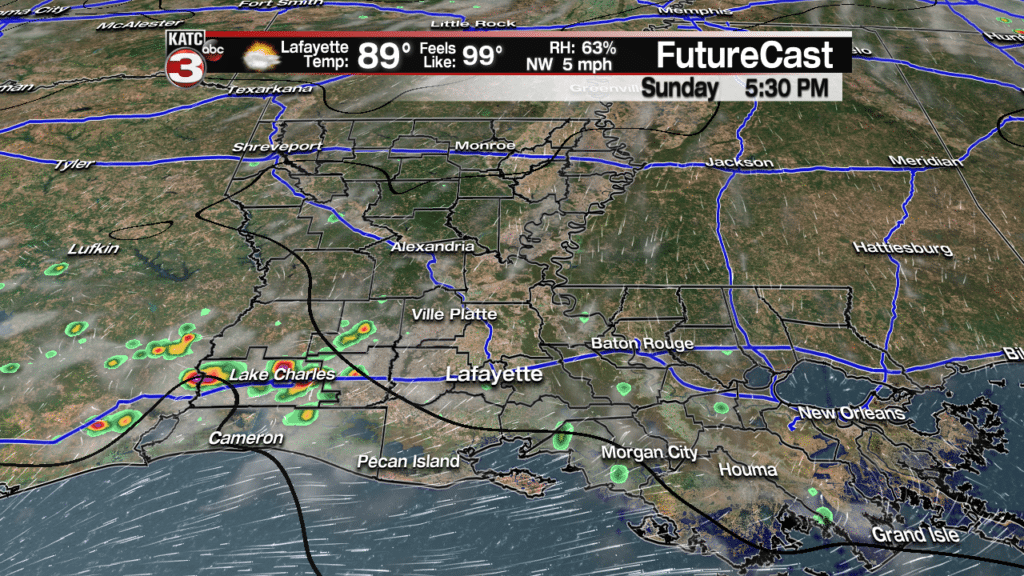 Little change in the pattern is foreseen through mid-next week, but toward the end of the week and into the following weekend it appears that a deeper easterly flow will develop limiting Acadiana’s highs…but it will still be hot for the time of the year.

The potential front in the 10 day period that the models were indicating Friday disappeared in Saturday’s model runs, so it looks like it will be a while longer before a significant front visits the area.

Meanwhile in the tropics, Tropical Storm Florence was drifting westward at only 2 mph in South Carolina while continuing to dump record rainfall and produce historical flooding across North Carolina. 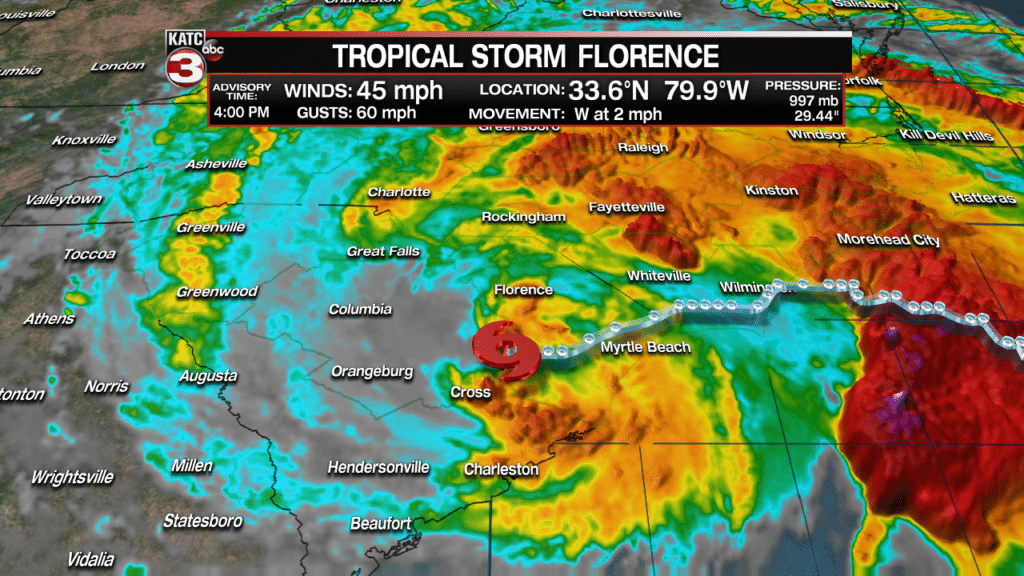 More than two feet of rainfall has already fallen in spots with the promise of an additional 10-15″ possible leading to more catastrophic flooding in the region. 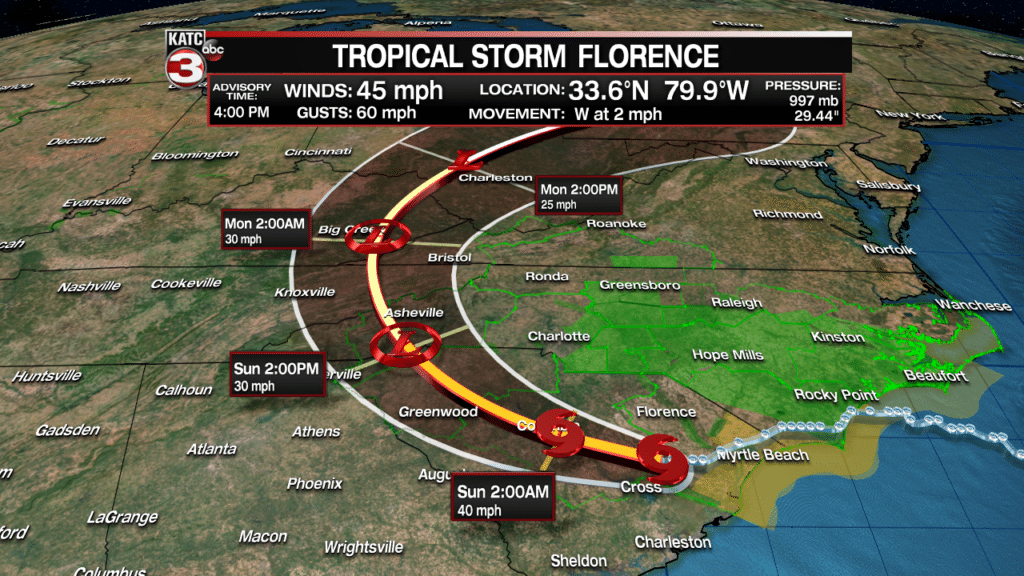 The other tropical news of Sunday was that Isaac was downgraded to a tropical wave. At this point regeneration is not expected nor do any of the dynamical computer models indicate any reorganization of this system in the future. 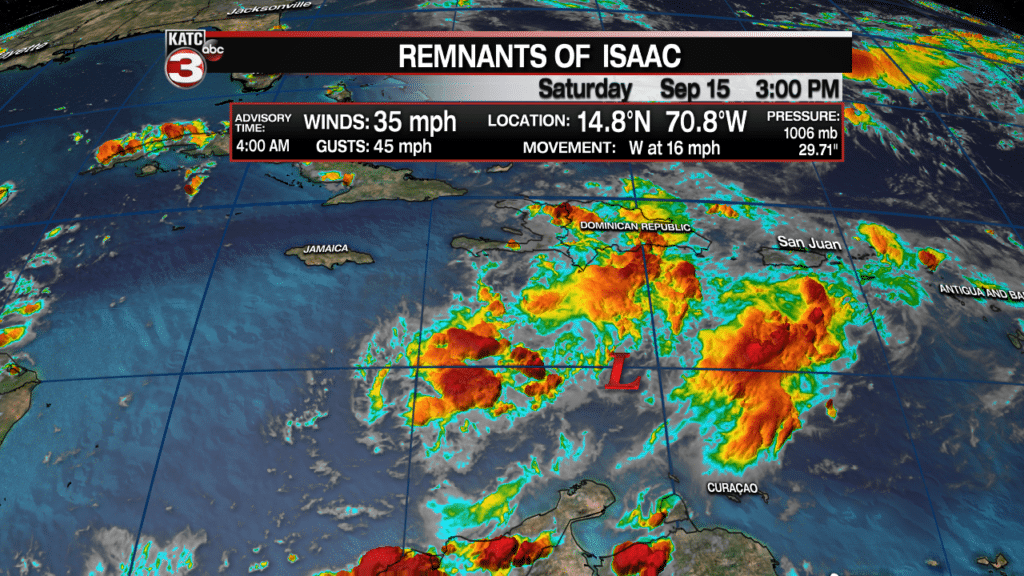 Currently the National Hurricane Center gives this system a 20% chance of regeneration.

In fact, today’s models show a fair bit of the remnant moisture from Isaac heading toward mainly Central America and Mexico, and perhaps the western Gulf of Mexico with time, but there are zero indications that there will be any issues or any significant impacts on anyone’s local forecast. 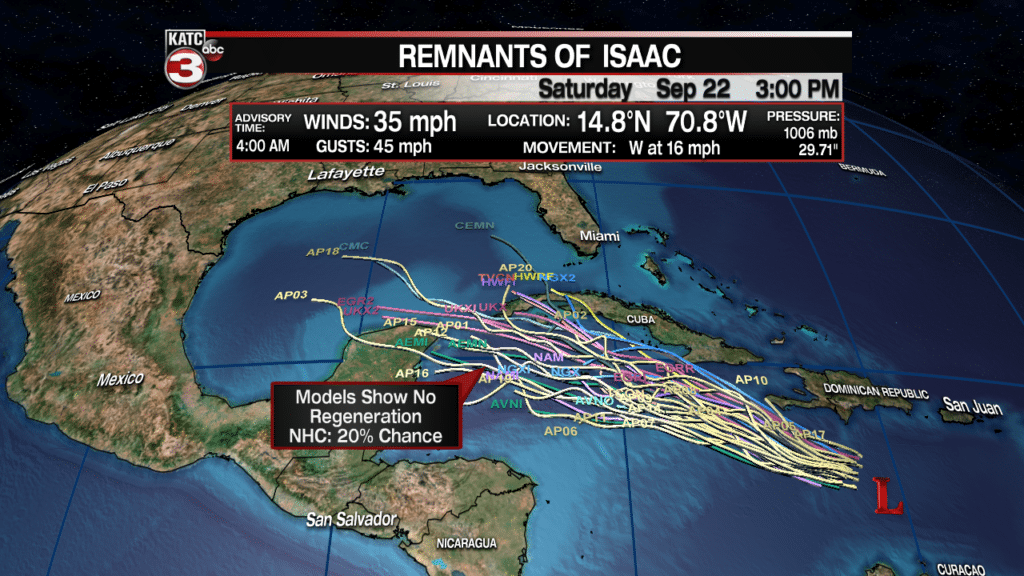 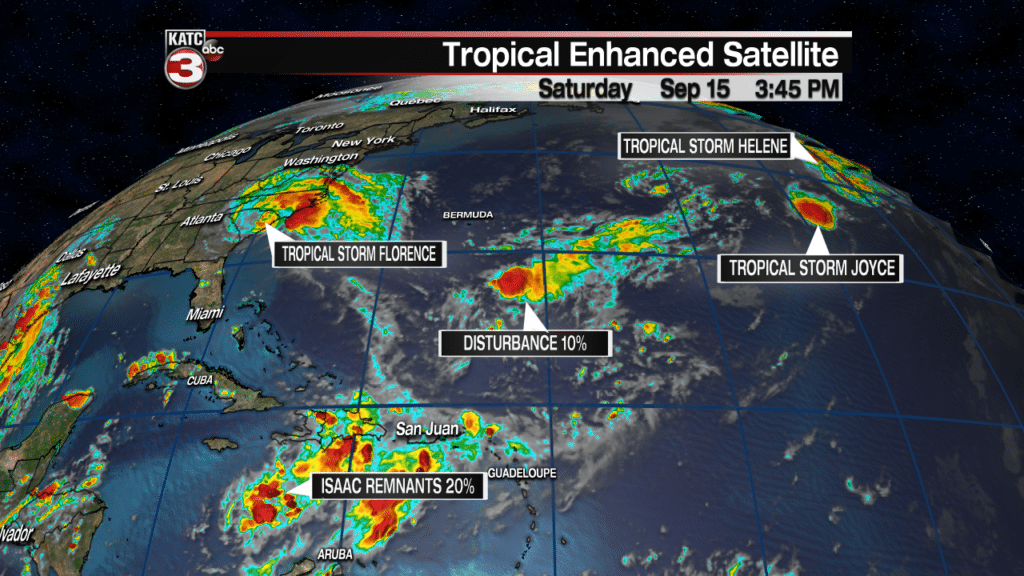