We could not ask for a better start on this first day of school for many across Acadiana as we had plenty of sunshine and comfortable temperatures in the low to mid 70s.

However, it is still August so with all that sunshine temperatures will quickly heat up today as highs will soar into the lower 90s and factor in the humidity it will feel close to the triple digits.

Later this afternoon as you pick up the kids from school or head home from work we will have a 30-40% chance for some pop-up showers and storms so take it easy on any wet roads as there will be extra traffic with the buses and parents on the roads. 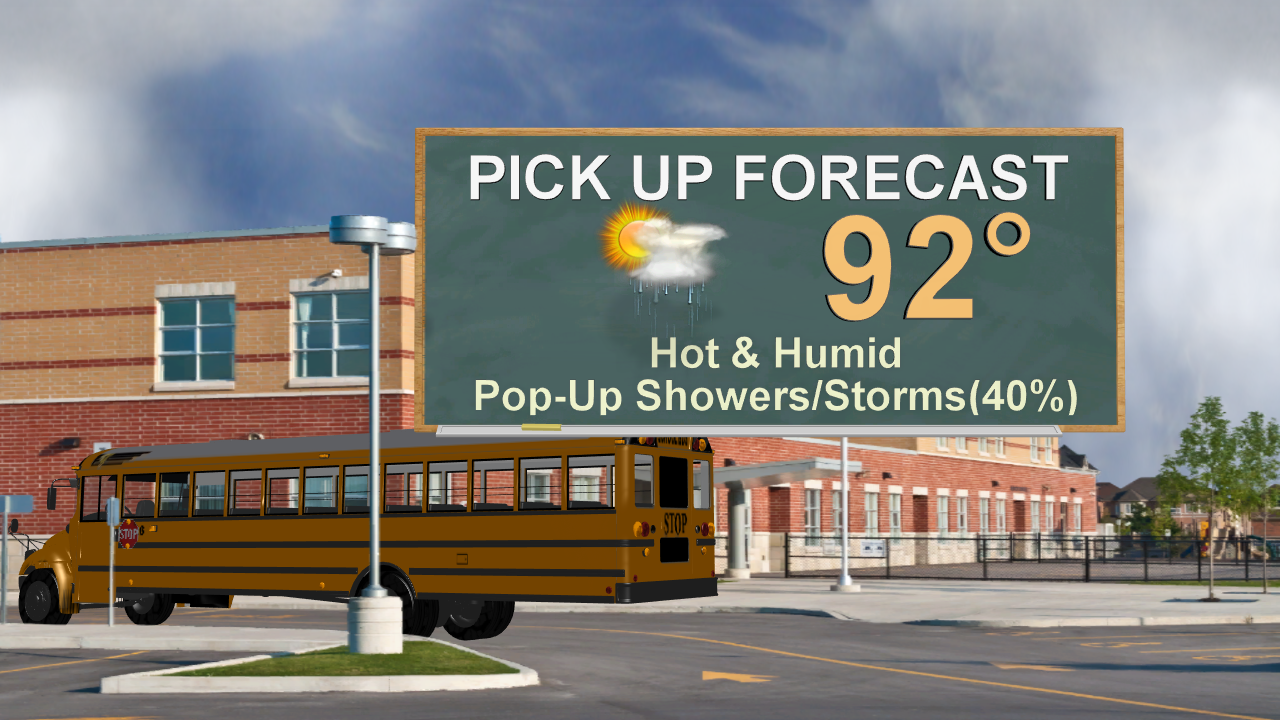 Thursday looks to be very similar to today so no issues in the morning but during the afternoon we will have a decent chance(40%) for scattered showers and storms.

Friday a weak frontal boundary will try to work its way closer to the region producing about a 60% chance for showers and storms. 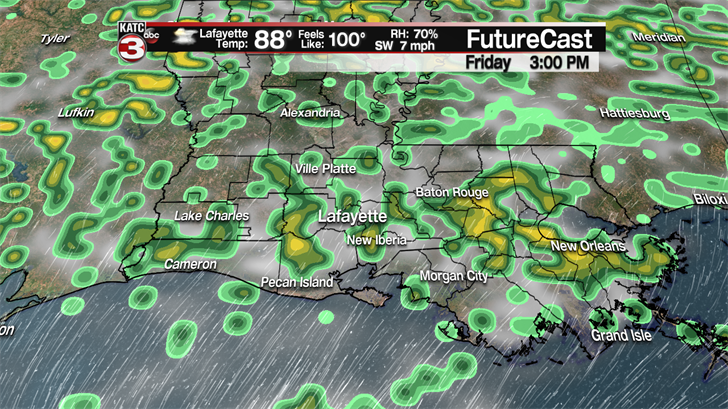 This boundary will still be in the area for the weekend keeping rain chances up near 50% each afternoon so if you plan on getting the grass cut or maybe trying to enjoy some outdoor activities you might want to do it earlier in the day rather than later.

The good news is even with all these rain chances the next several days flooding will not be an issue as the showers will not last all that long and many will only produce about a tenth of an inch of rain at a time so in total over the next 5 days most areas will only pick up about a half to an inch of rain. 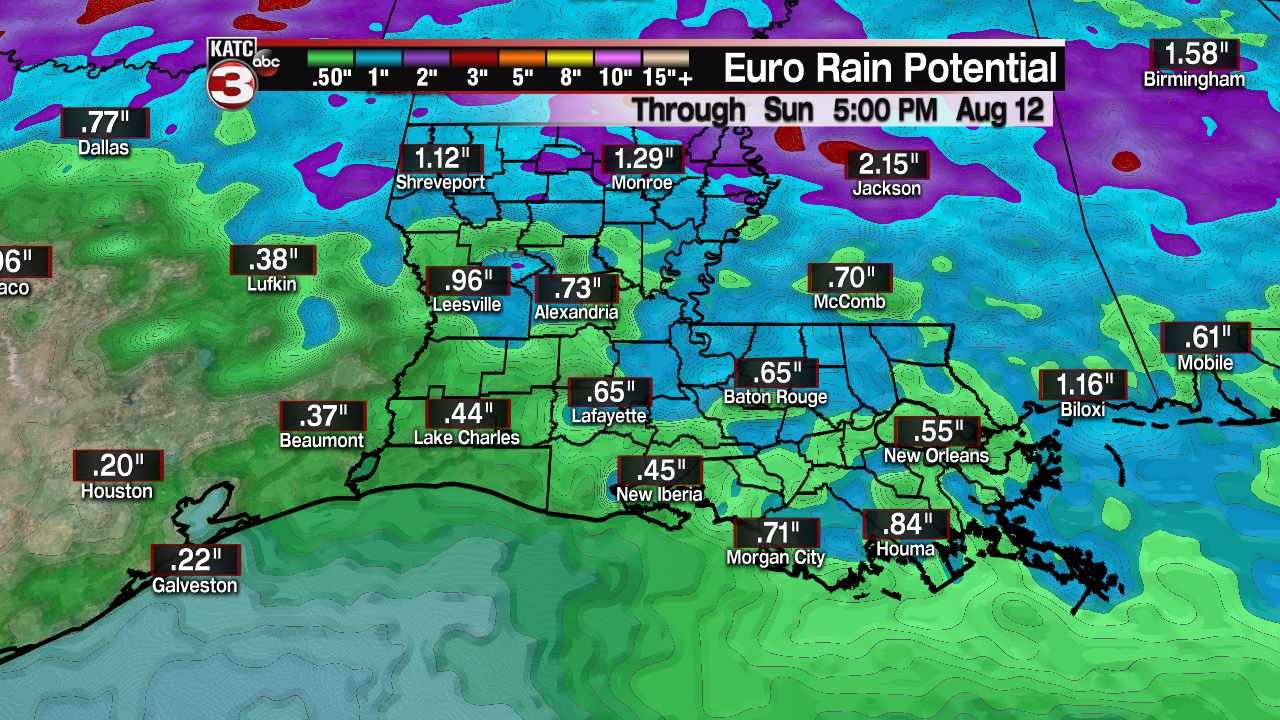 Looking ahead to next week there is a drying trend in the forecast as rain chances drop to just 20% most afternoons but that means more sunshine heating temperatures into the mid 90s and heat indices topping out near 105° or higher again.

In the tropics Debby has strengthened slightly has made the transition to become full on tropical storm with winds of 45 mph and gusts to 60 mph. 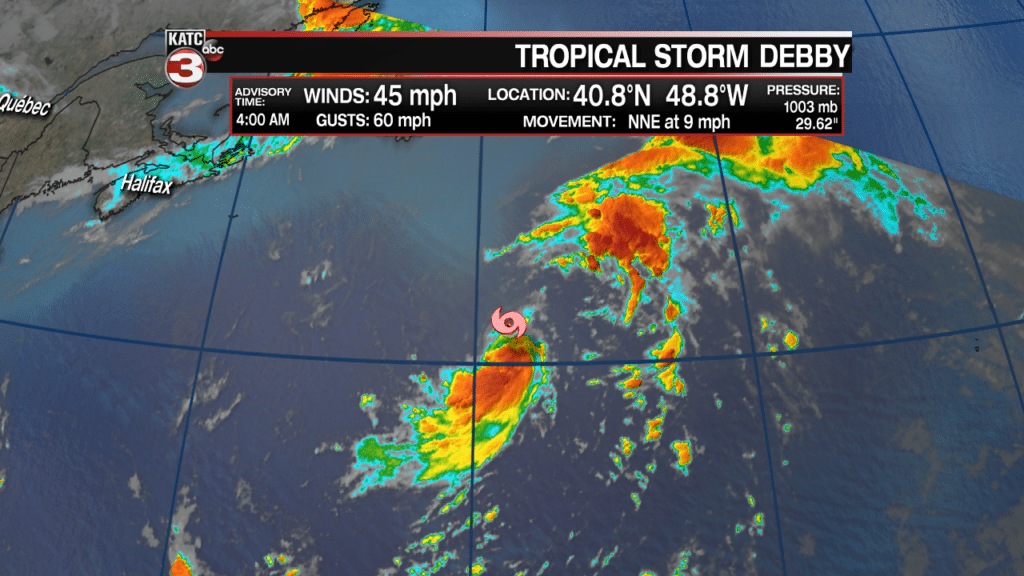 Thankfully Debby will remain way out to sea and just be a storm for the fishes.

Also Debby is moving to the north and is expected to push over much cooler waters in the next 24-36 hours and encounter some wind shear which will cause the system to quickly lose weaken and dissipate.