With humidity levels climbing this afternoon heat indices have risen back into the triple digits and the extra moisture is sparking off a few strong showers/storms over Iberia and St. Mary parish.

Those showers will slowly work to the west so we will have the slight chance for a few showers/storms this evening throughout Acadiana, very similar to what we have seen the past couple nights. 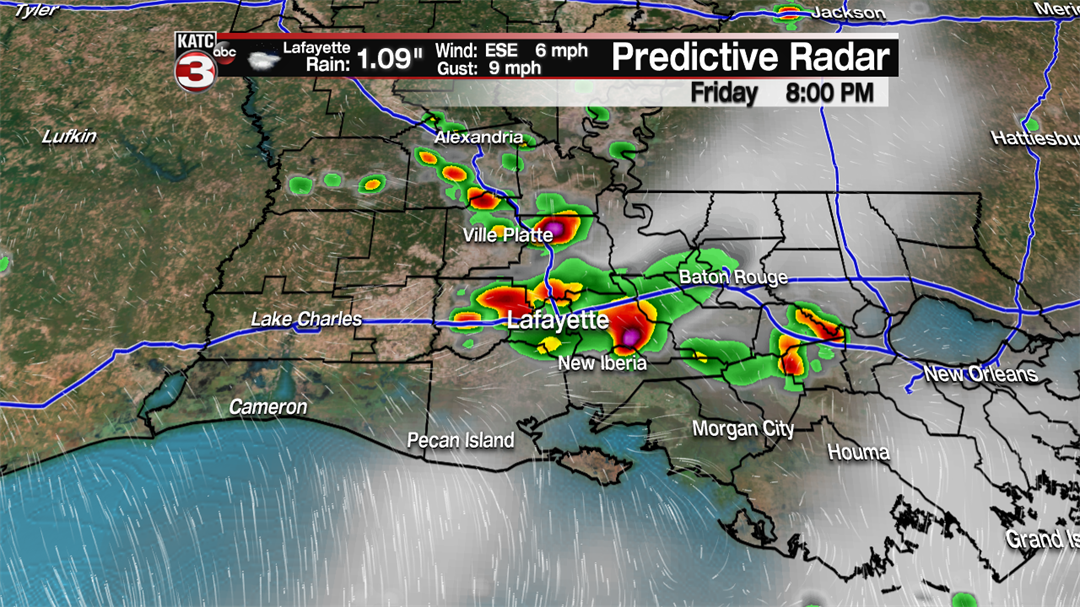 Saturday will start on the dry side with a mix of sun and clouds heating highs into the lower 90s with feel like temperatures topping out between 100-103°.

During the day winds will shift out of the SSE pushing more Gulf moisture over Acadiana produce widespread scattered showers and storms in the afternoon. 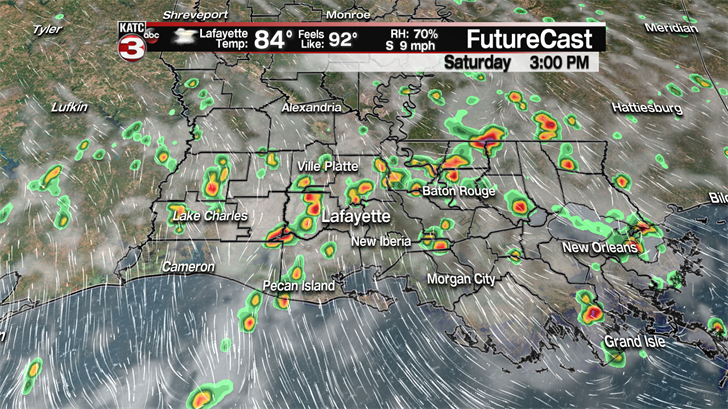 Any of these showers/storms could bring heavy downpours, gusty winds and lots of lightning but they should not last longer than 45 minutes to an hour.

Sunday looks to be a repeat of Saturday with slightly less coverage of showers and storms during the afternoon. 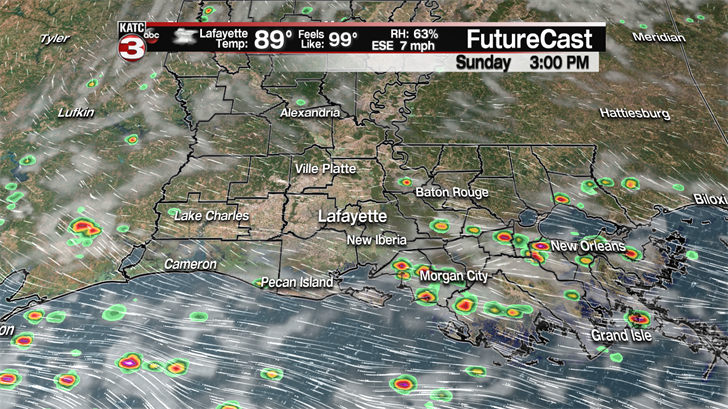 For first half of the work week we will be back to your typical August weather pattern with highs in the low to mid 90s and heat indices in the triple digits along with a couple pop-up showers and storms during the afternoon but rain chances will only be about 20-30% Monday through Wednesday.

Late Thursday into Friday that is when we will have our next best chance for widespread showers and storms as a frontal boundary tries to works its way down into Acadiana. 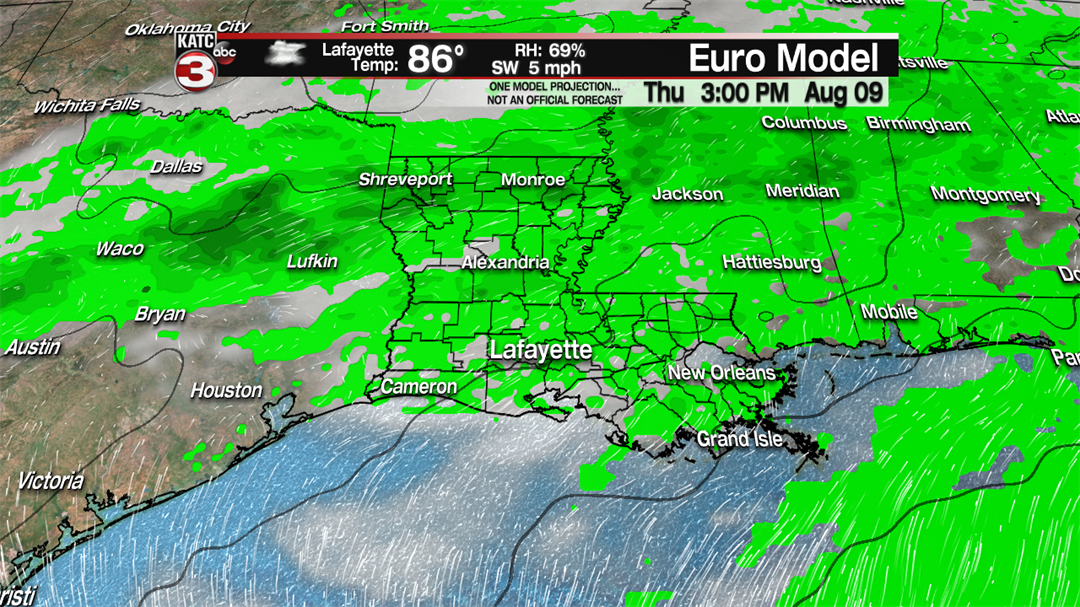 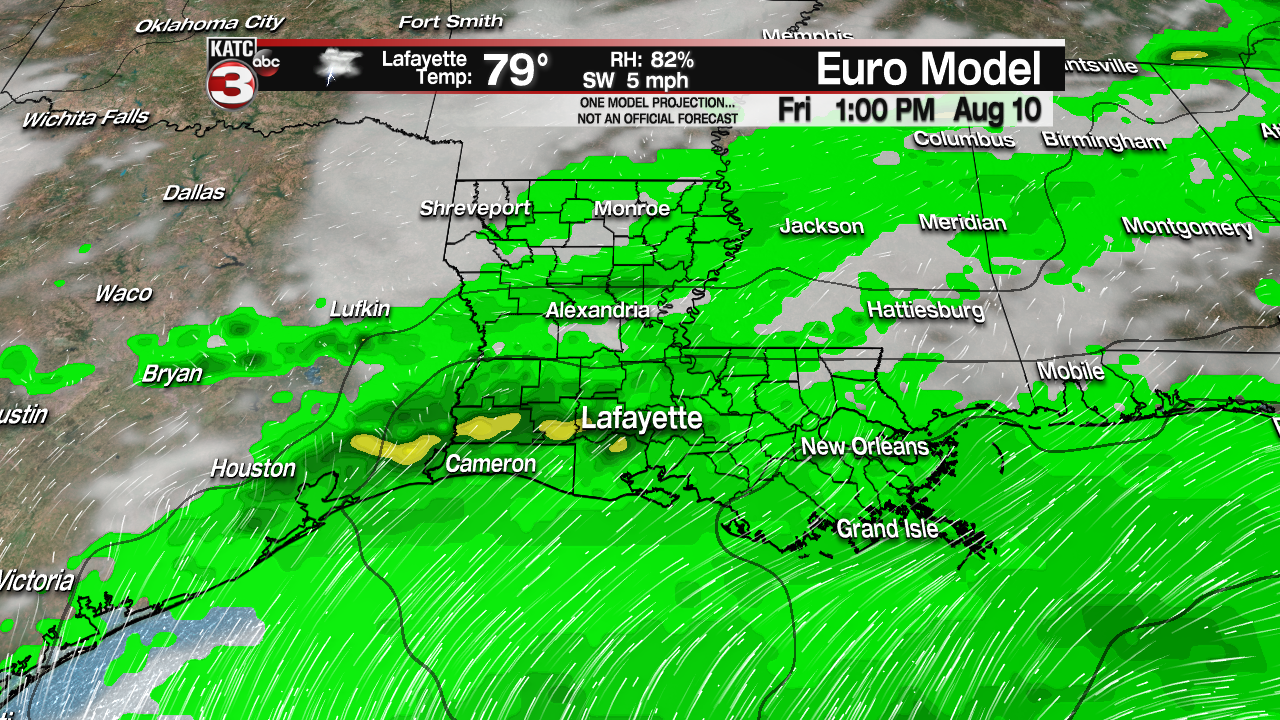