Our front has moved into the area and will continue moving eastward, so there will be a variety of types of weather over Acadiana today. Near the front, skies will remain partly to mostly cloudy. Scattered showers and storms will continue to try to fire up. This will generally be over the Atchafalaya Basin parishes into the offshore water. The best chances for rain today will be over Iberia, St. Martin, and St. Mary parishes extending into eastern Vermilion and into the Gulf of Mexico. For much of Acadiana,  a mix of sun and clouds with a few isolated showers or storms developing later this afternoon. The northern and western sections, basically from Alexandria to Lake Charles and points west will experience mostly sunny skies, with slightly lower humidity. Temperatures will range from the upper 80s east to the lower 90s for the western sections. 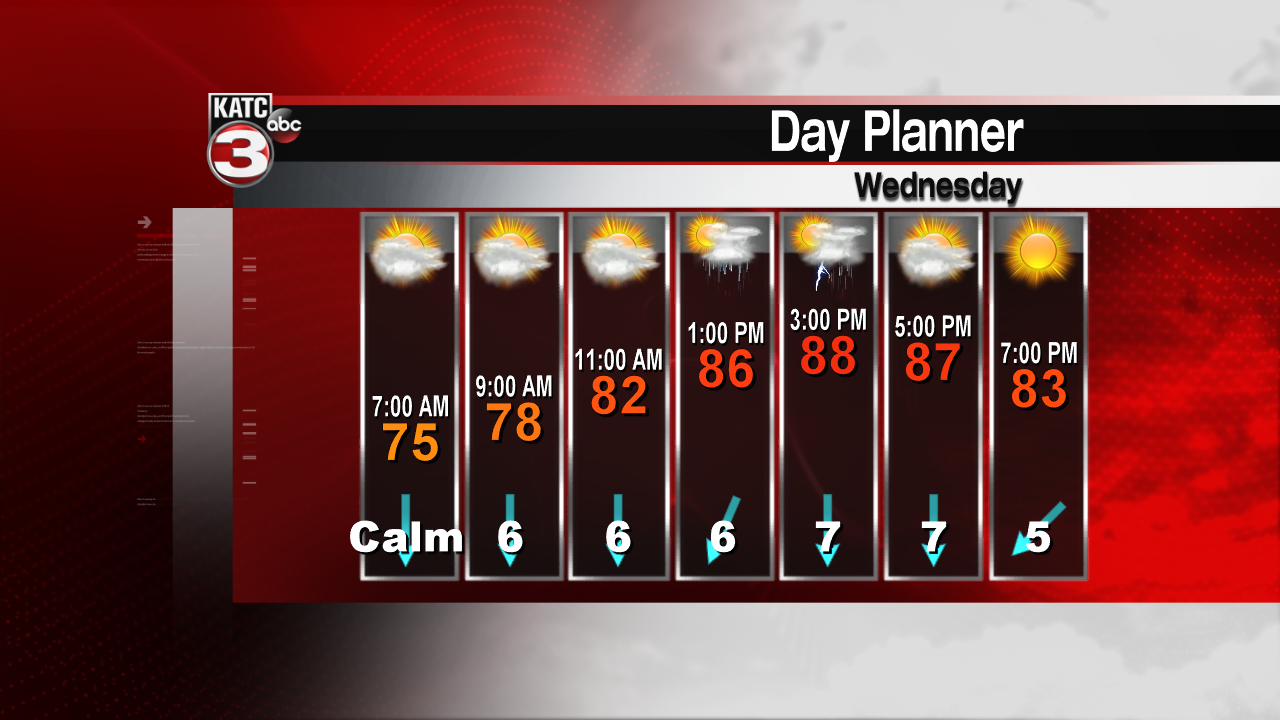 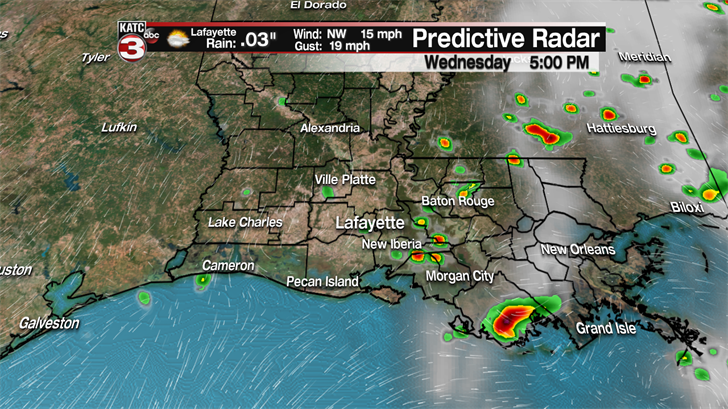 The front will stall today and tomorrow. So rain chances will remain higher (near 50%)  toward Morgan City, and gradually decrease as you head northwest.  By Friday, the front will start retreating back to the northwest. This will allow the moisture to return to all areas, and rain chances will be increasing. It appears we could see decent coverage of rain and storms over the weekend with chances exceeding 50%. The wetter pattern is expected to linger at least into Monday.

Later next week, models diverge with some continuing the better coverage of rain, while others indicate some drying toward Tuesday and Wednesday. Tropical weather remains quiet. Other than a few tropical waves over the Atlantic and Caribbean and near the Yucatan, no new systems are expected to develop over the next several days.