Another heat advisory has been issued for Sunday as temperatures will soar into the upper 90s with heat indices getting as high as 107-111°. 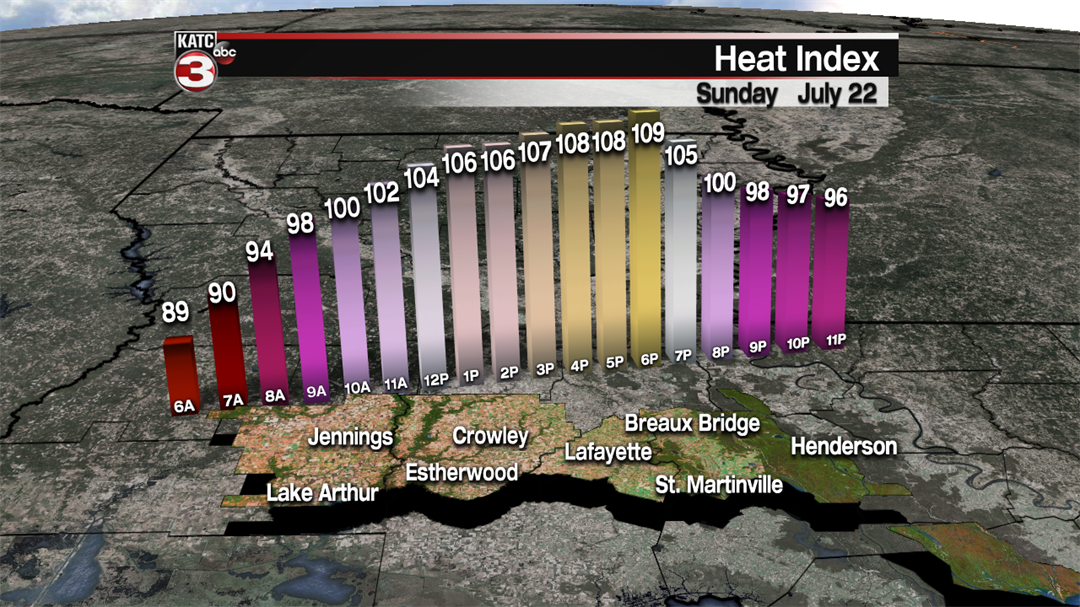 Thus you know the drill; drink plenty of water, take breaks often if you have to be outside and wear loose fitting clothes.

The one difference Sunday that might make it feel a little more bearable to be outside will be the winds picking up out of the west at 10-18 mph. 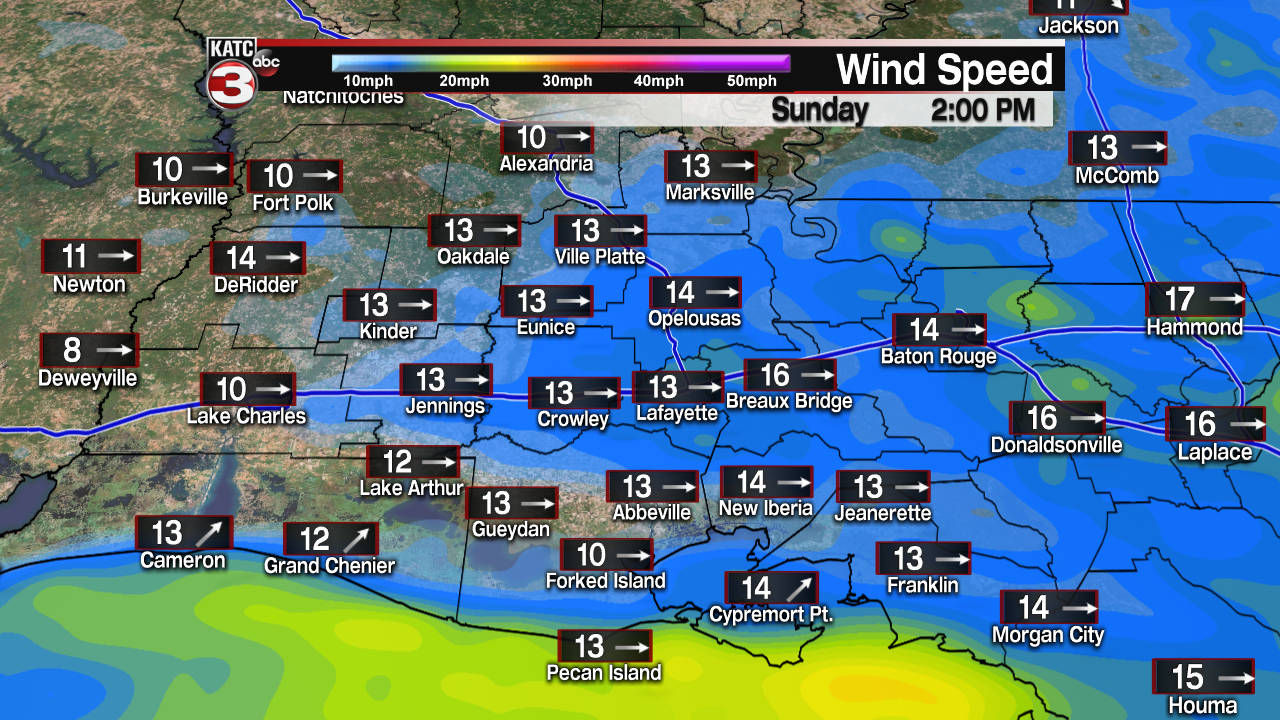 These breezy conditions are the result of a weak cool front to our north along the Arkansas-Louisiana border.

That front will slowly drift south over Acadiana on Monday producing a fair amounts of clouds which should hold the temperatures in the low to mid 90s and maybe squeeze out a couple stray showers late in the day. 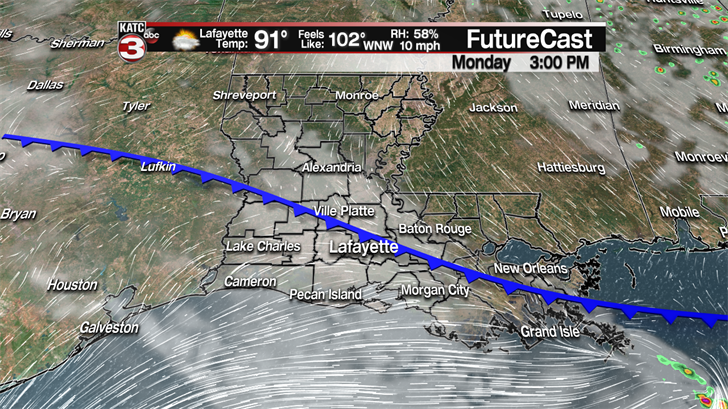 The front should dissipate as it moves out over the Gulf late Monday night allowing for some slightly drier air to move over Acadiana but with plenty of sunshine Tuesday through Thursday it will still be very hot with highs in the mid 90s.

Friday winds will turn back out of the SW pushing Gulf moisture over the region leading to a few more clouds during the afternoon and a slight chance for a couple pop-up showers.

Rain chances look to go up next weekend as another front works towards the region producing about a 30-40% chance for scattered showers and storms each afternoon. 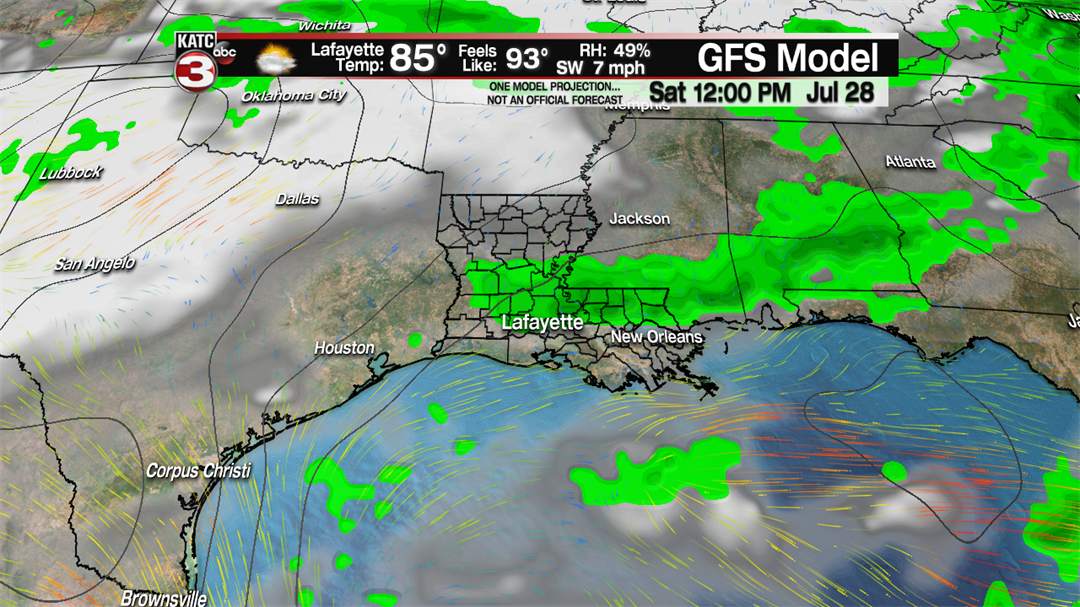 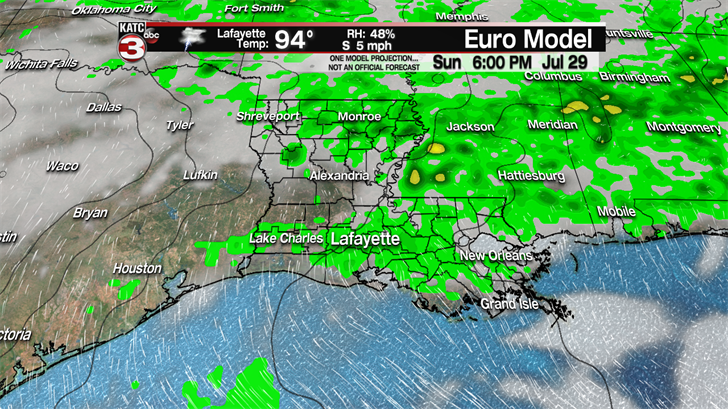