?Temperatures are expected to soar into the mid 90s again today as high pressure remains in control. Only a few isolated afternoon storms are possible today, with the better chances over the eastern sections of Acadiana. Some changes are expected over the next several days as a westward moving tropical wave will drift along the northern Gulf Coast. This should bring better chances for rain Tuesday and the 4th of July, as well as some slightly cooler temperatures.

Partly cloudy today with an afternoon high near 95 degrees. Just a 20% chance for showers and thunderstorms. Parishes along the Atchafalaya Basin will have the best chances for rain. Rain chances are much better toward Baton Rouge and New Orleans. The wave will continue moving westward overnight, bringing more cloudiness into the area. Lows will only dip into the mid 70s overnight. More cloudiness is expected Tuesday, which should help to keep the temperatures around 90 for a high. Rain chances will be considerably higher than what we’ve seen over the past few weeks. Some rains could be heavy at times. Best chances for rain will be over the eastern sections, while the western areas toward the Texas state line will see less. 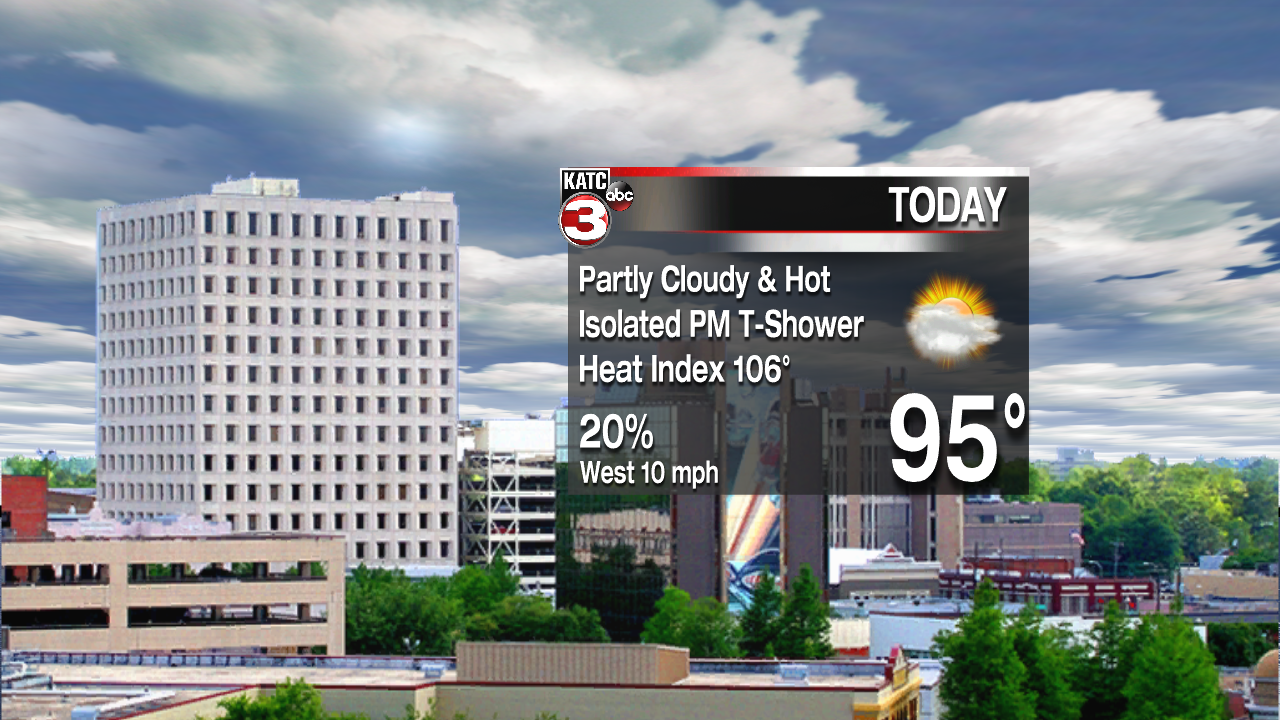 Looking toward the 4th of July, the wave will be moving westward very slowly, but will be right over Acadiana. This again should bring about a 60% chance for showers and thunderstorms with highs in the upper 80s. A few heavy downpours can be expected. Total rainfall accumulation over the next three days should be in the 1-3 inch range with isolated higher amounts. Keep in mind, these tropical waves can bring efficient rain producers, so some brief street flooding will be possible. 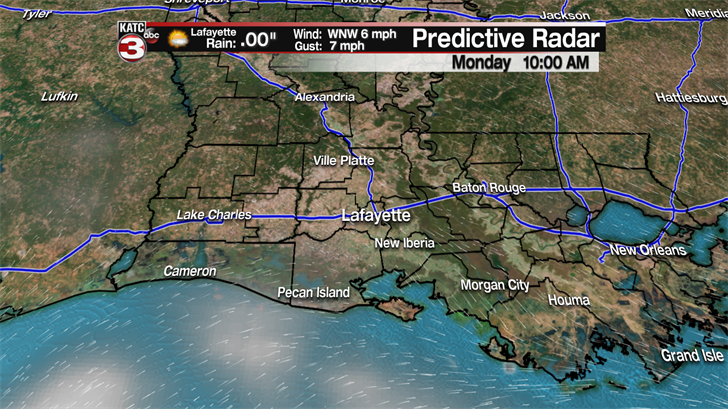 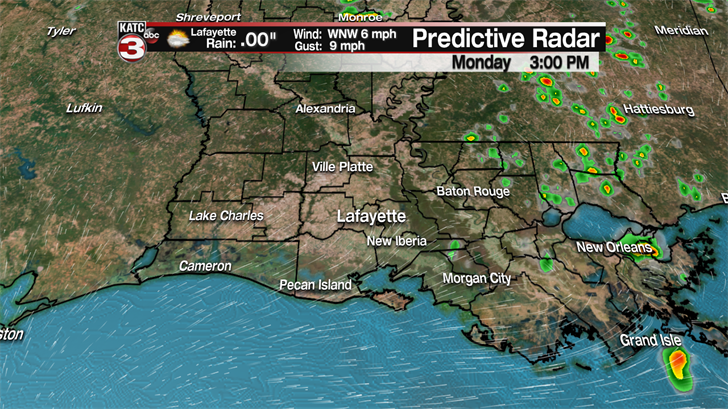 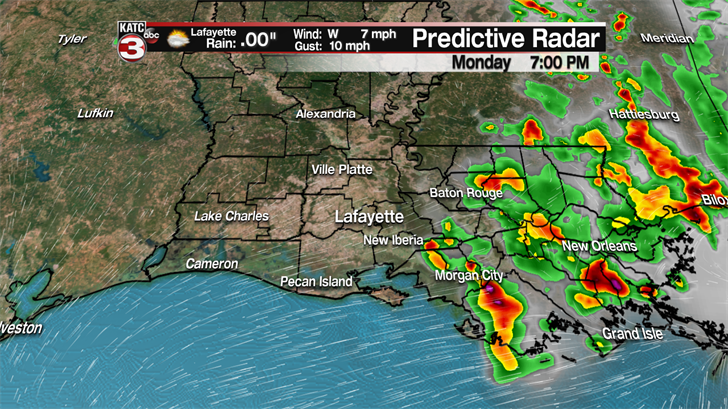 Later in the week, the wave will move toward Texas. Rain chances will drop off, but we’ll continue with the typical 30-40% rain chance through the weekend.