Back to scattered showers/storms Tuesday

The tropical wave/moisture has arrived as we have seen steady showers all day providing some much needed rain for all of Acadiana as most locations have seen about a half inch but a few spots have picked up a little more than an inch helping to cut into the recent drought. 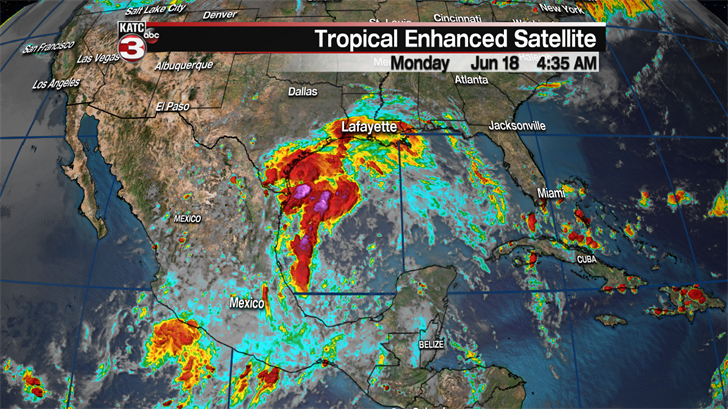 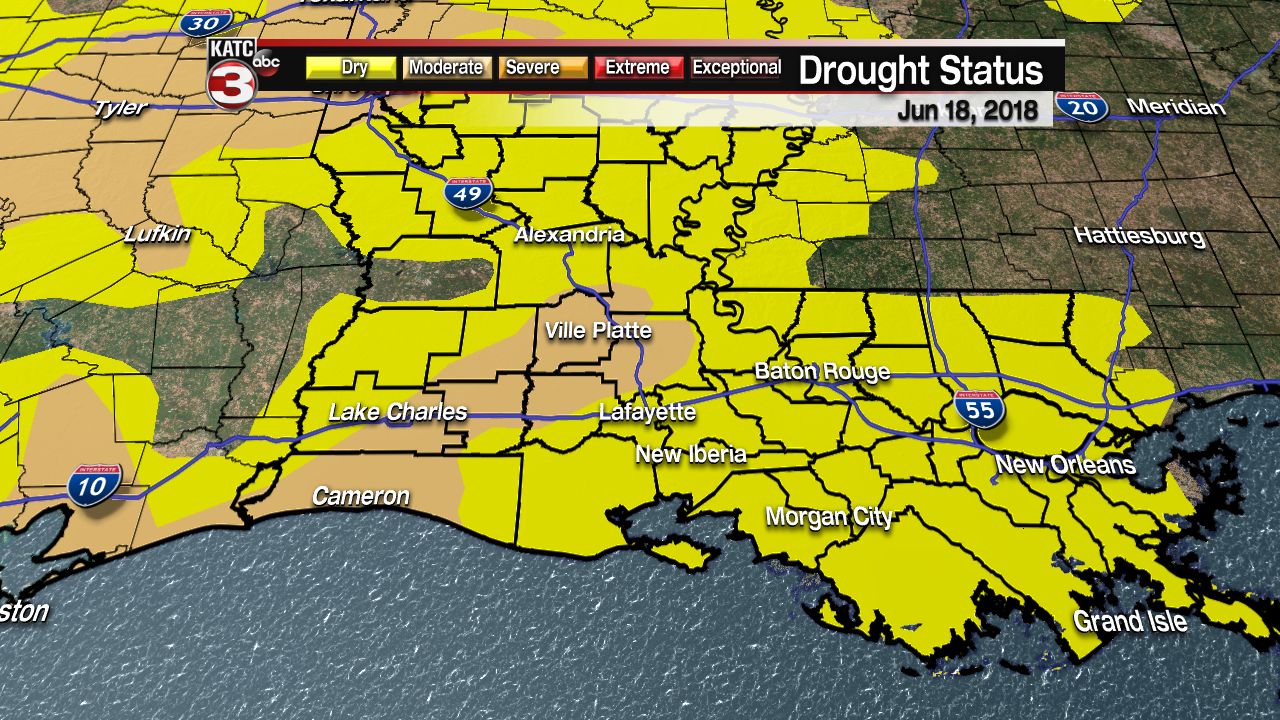 This evening showers will gradually fizzle out but there will still be a few scattered showers along the coast that move off the Gulf but most of this activity will dying out before making it up to the I-10 corridor.

Early Tuesday morning more coastal showers will be possible and will work there way across Acadiana during the late morning and afternoon aided by the heating of the day. 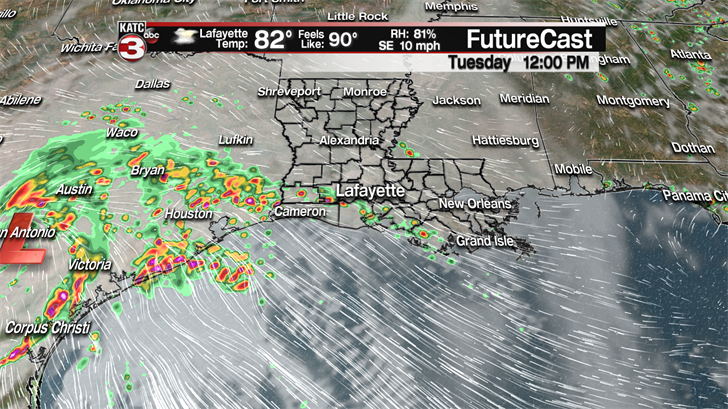 So, we will have about a 50% to see scattered showers and storms throughout the day but it will be more like Sunday with breaks in-between the rain and even a few peeks of sunshine.

Wednesday the majority of the tropical moisture will have worked farther south towards the tip of Texas so we won’t have as much moisture in the air but with the ground still fairly wet there is a 30-40% chance for hit or miss showers and storms to fire up during the afternoon. 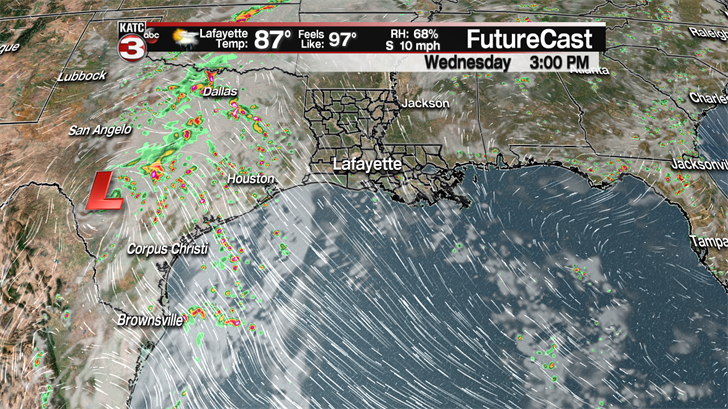 All this tropical moisture could cause flooding concerns for our neighbors along the Texas coast as some locations could receive 6-10 inches of rain in the coming days but we should have no issues locally as we will only receive about another half to an inch of rain in Acadiana. 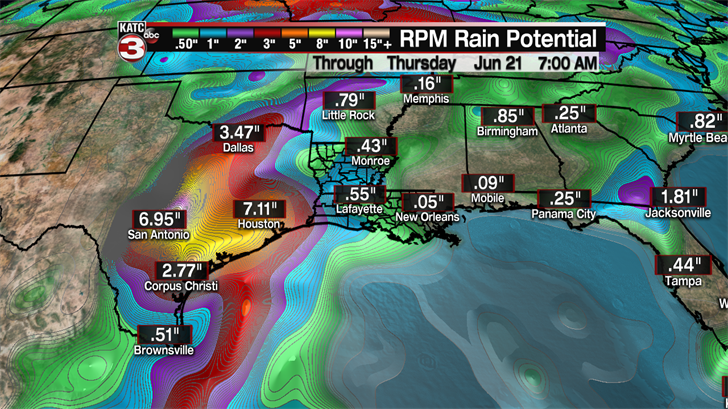 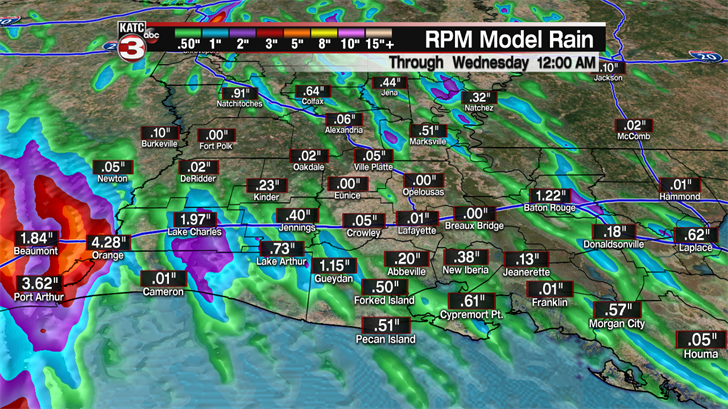 The summer solstice is Thursday morning at 5:07 and it will feel like summer during the afternoon as temperatures get back into the lower 90s under partly cloudy skies with just a 20% chance for a couple stray showers.

Friday will be another hot and humid day but during the afternoon a weak front might try to work into the northwestern portion of Acadiana sparking off some isolated showers.

This weekend looks to be pretty nice with lots of sunshine and temperatures in the lower 90s and heat indices pushing the century mark once again.

The hot and dry pattern should continue into the first half of the following work week as high pressure builds over the southeast.