On and Off Rains This Weekend

Scattered showers and thunderstorms will develop again today, with a few locally heavy downpours. Weather today will be similar to the past couple of days where just about everyone will get the chance for a period of rainfall. Most of the rains will be developing along the coast during the mid morning hours, then advancing northward into the afternoon. Don’t be surprised to see a few tropical funnel clouds, especially over the coastal parishes.  Before the rains push in, expect partly cloudy skies. Temperatures will climb into the upper 80s for the coastal areas, near 90 along I-10, and low 90s can be expected for the inland region. If you see some rain, you’ll finish the afternoon in the low to mid 80s. 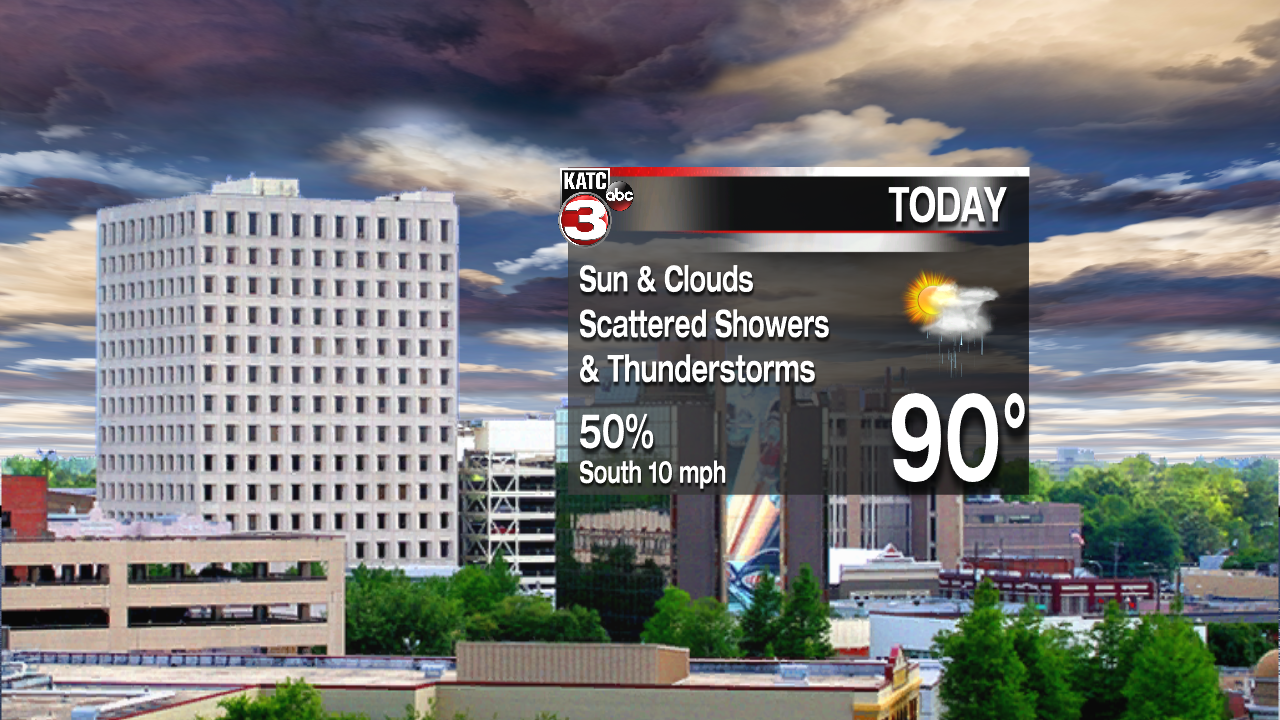 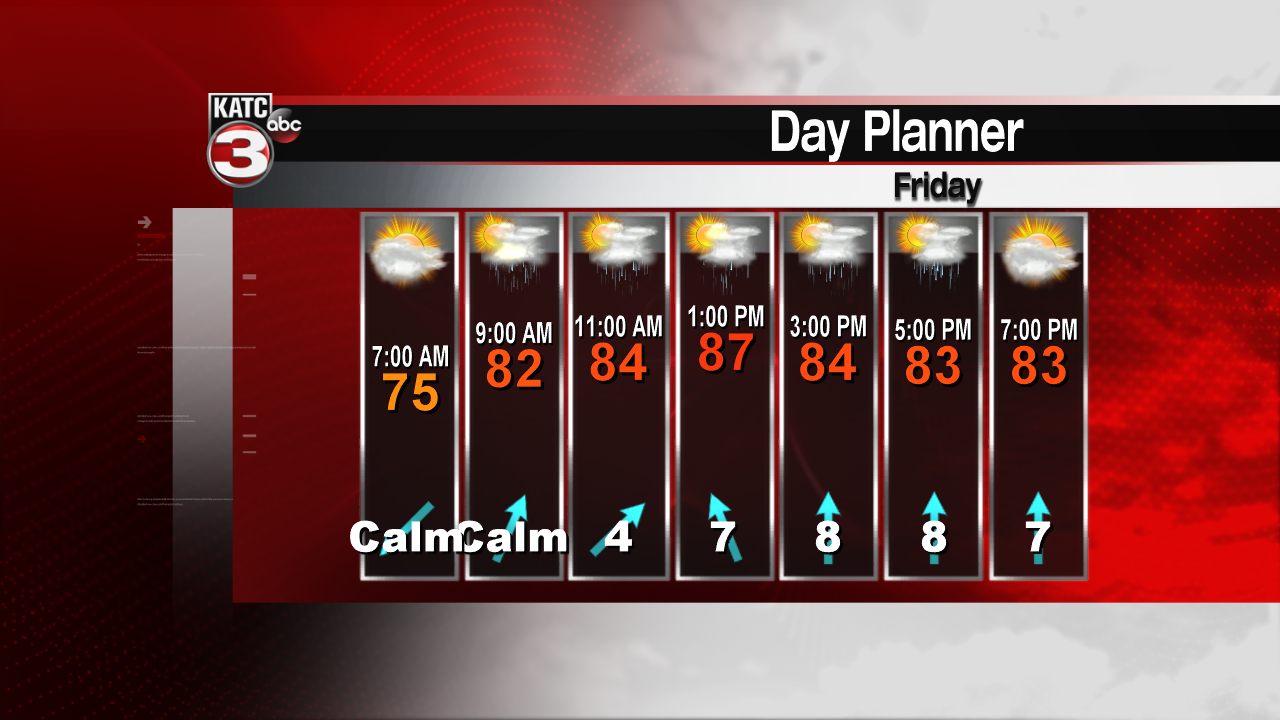 Additional tropical moisture will slide back into the region over the weekend, and the unsettled weather should continue. Tropical downpours could get heavy at times. The rainfall won’t be an all day thing. If you have some plans, mainly early in the day both Saturday and Sunday, you’ll have a better chance of avoiding rainfall. It’ll be during the afternoon hours when most of the storms will be developing. Rainfall totals could get pretty heavy over the far southwestern part of the state and into southeast Texas. Don’t be surprised to see up to three inches of rain spread out through the weekend. Eastern areas toward Baton Rouge will see less, as well as the inland parishes. Because of the higher pressure gradient as a tropical wave moves westward over the Gulf of Mexico, winds and seas are expected to be higher this weekend. 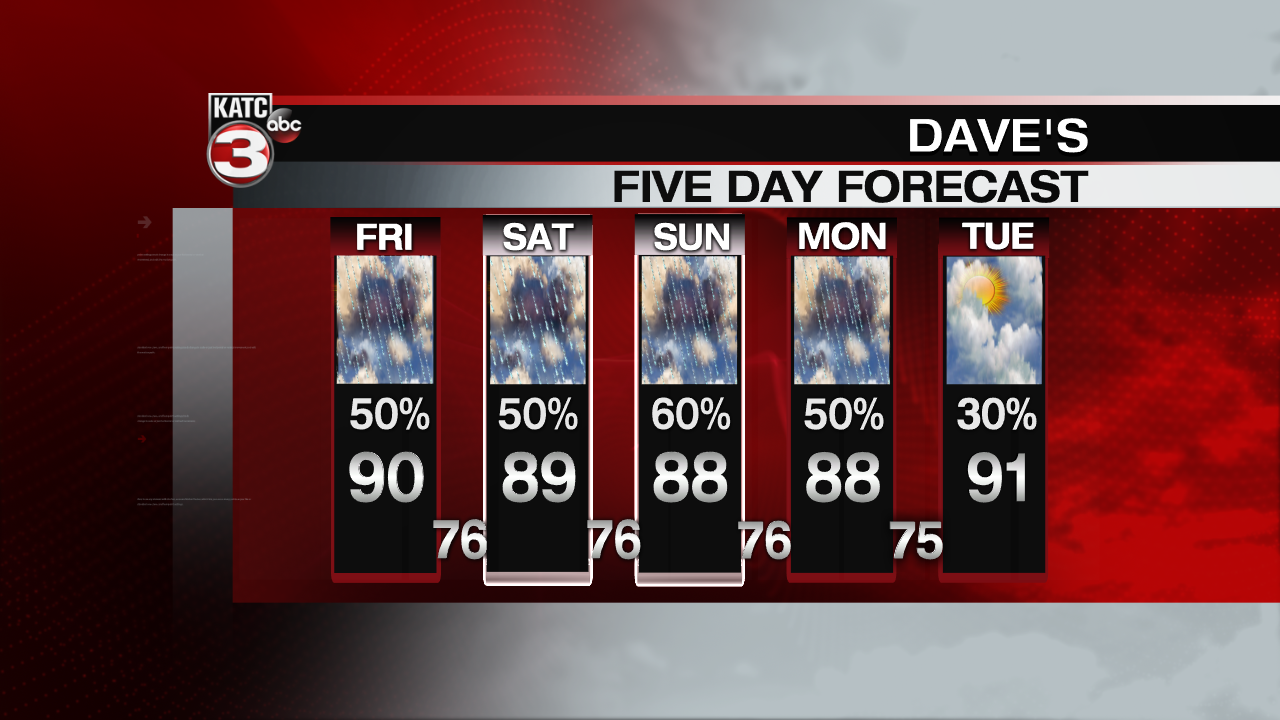 Looking ahead into next week, high pressure will build back in as tropical moisture is forced to the west. Rain chances will be dropping by Tuesday and Wednesday. Afternoon temperatures will return to the normal values. Expect highs in the low 90s with heat index values returning to the triple digits.