Not a wash out for Father’s Day weekend

No real changes to the forecast as we move into the weekend as we will still have plenty of tropical moisture getting pushed off the Gulf and over Acadiana.

That means we will start off with partly sunny skies Saturday morning but as early as 11am-12pm scattered showers and storms will be firing up over southern Acadiana before spreading throughout the entire region during the afternoon. 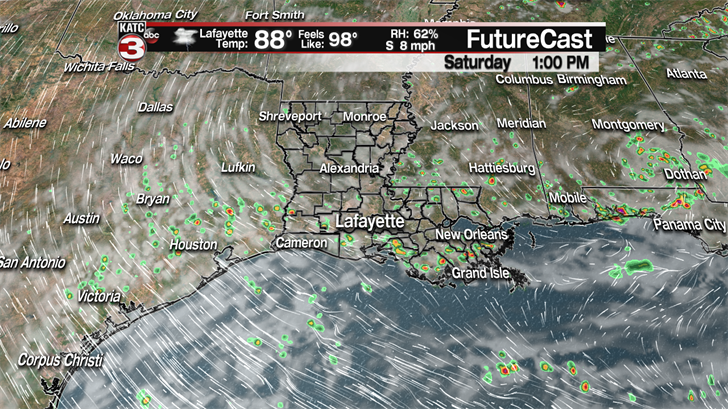 Again these hit or miss showers/storms will only last about 30ish minutes so if you have outdoor plans you will not need to cancel them but make sure you have a way to get out of the storms.

Sunday we might see a little better chance(60-70%) for scattered showers and storms as the bulk of tropical moisture gets closer to us but there will still be breaks in the rain to maybe fire up the grill for Father’s day. 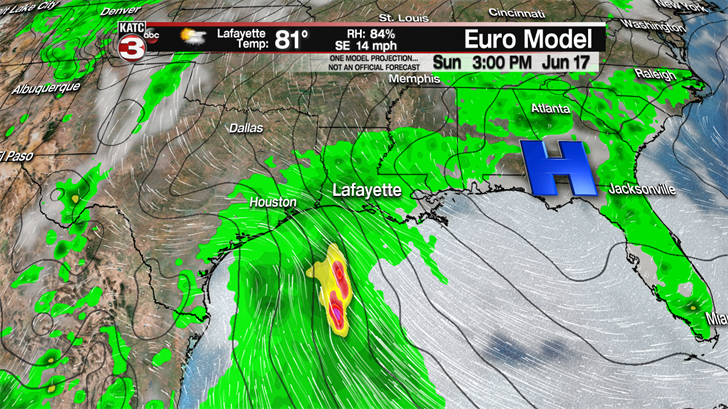 Now if you do have plans traveling to the Texas coast this weekend that does not look to be a good idea as they will have the best chance of seeing widespread heavy rains from the tropical wave in the western Gulf.

Some areas along the Texas Coast could see 3-5 inches of rain. 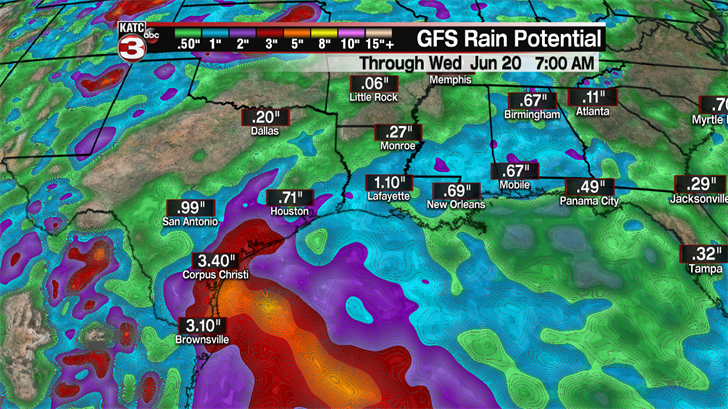 Locally in Southern Louisiana we should only see about 1-3 inches of rain but a couple areas towards Lake Charles could see higher amounts.

Going into the work week this tropical moisture looks to remain near the Texas Coast and with the High in the eastern Gulf it is going to keep us stuck in this rainy pattern with 40-50% chance for daily afternoon showers and storms Monday through Wednesday. 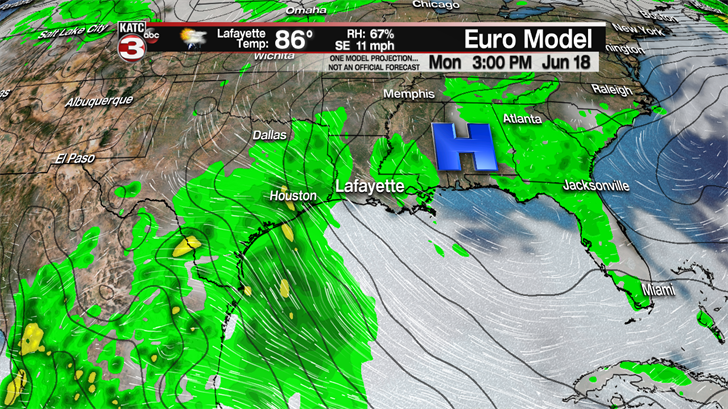 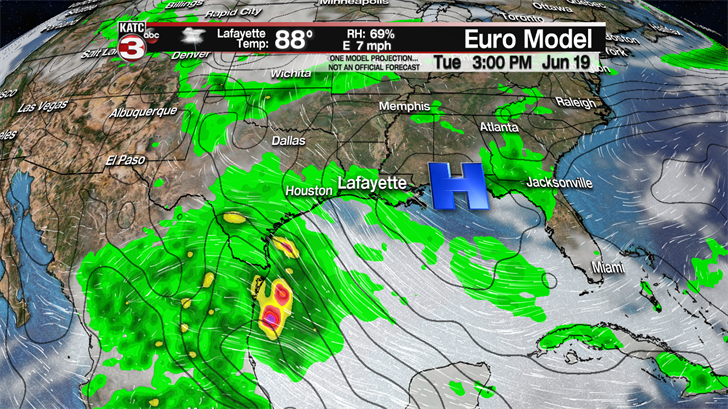 We might finally begin to dry out by the end of the work week which will allow for more sunshine to return across the region heating temperatures back into the lower 90s and pushing heat indices near the triple digits.