A fairly quiet start to our Monday morning. Skies are mostly fair, temperatures are warm and muggy. Typical for the mid part of June, and it looks like the forecast for the next few days will be very "June" like. Expect afternoon temperatures to easily reach the low 90s with heat index values around 100. A few widely scattered showers and thunderstorms are possible later this afternoon with about a 30% coverage. Storms will probably get going toward the mid part of the afternoon with the peak of the daytime heating. This pattern should remain through the mid week, with slightly better chances for storms on Wednesday and Thursday. 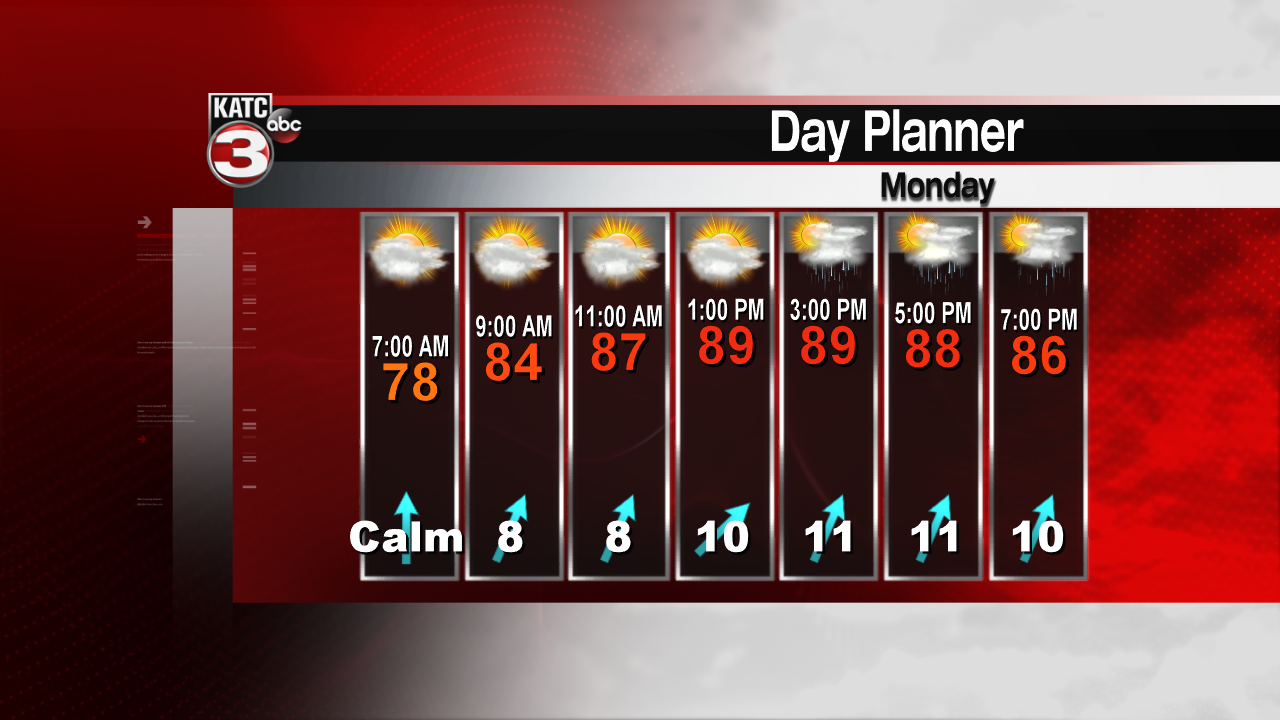 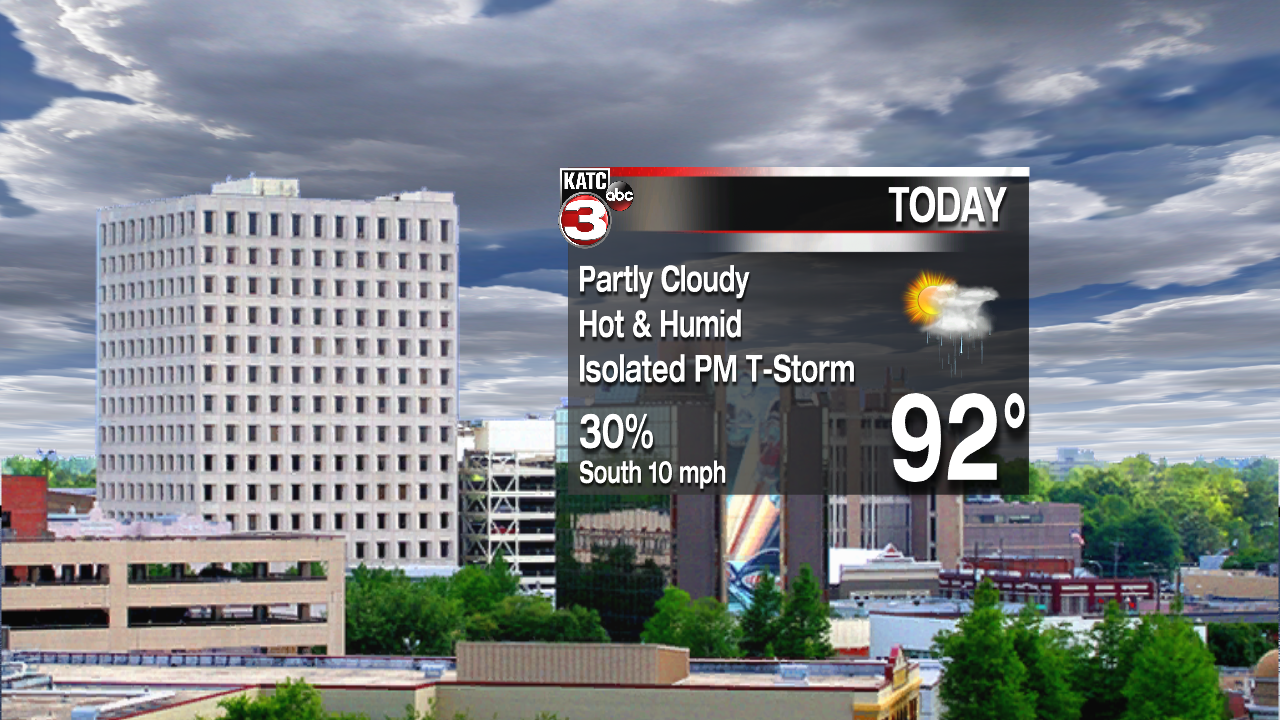 Toward the end of the week we could see some deeper moisture sliding in from Gulf of Mexico and the Caribbean. The GFS model over the weekend (and much of last week) was suggesting something tropical developing near the Yucatan and moving toward the Bay of Campeche or the western Gulf. Note that the GFS was the ONLY model showing this. Normally we don’t get too excited unless additional models pick up on it. But the GFS was consistent for several days, and consistency is something we look at too. 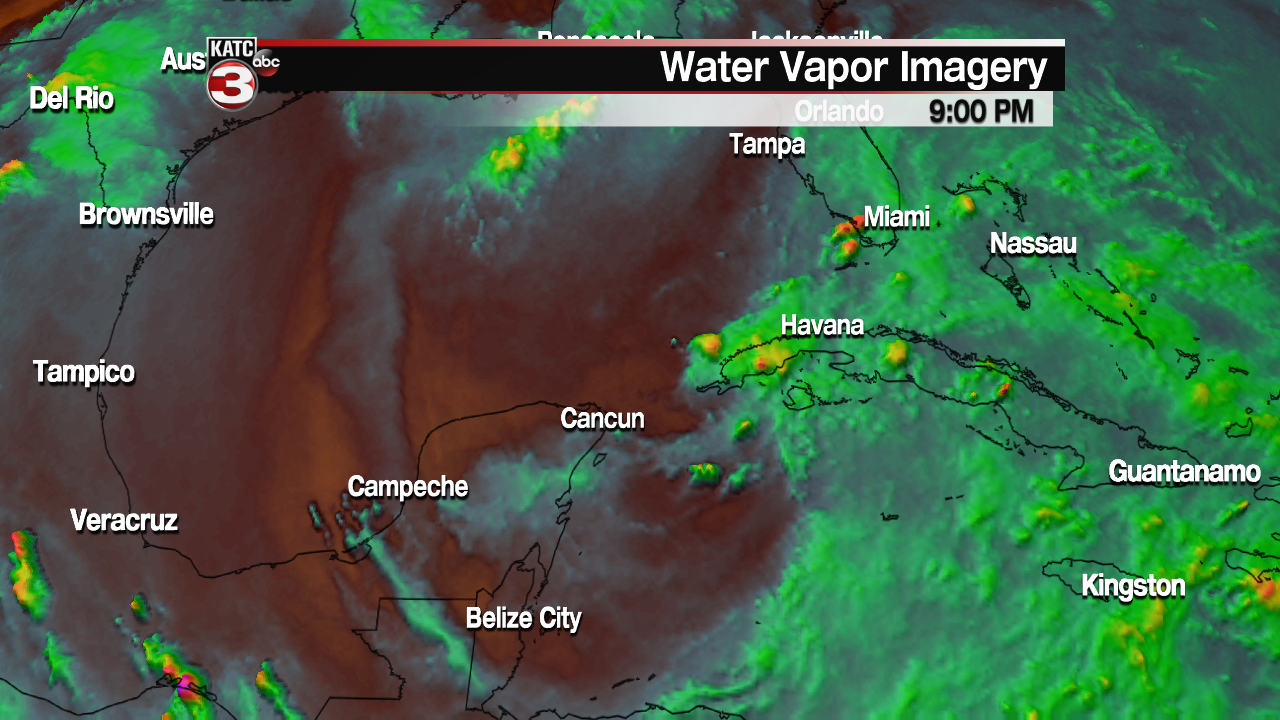 An upper low is over the far western Caribbean. This is generating showers and storms over Central America and the western waters of the Caribbean. Occasionally, if this activity persists, some energy can transfer to the lower levels helping to generate a surface low pressure area. The reason for watching this closely is that part of the world is probably the most likely area for tropical development this time of year. However, at this time, there’s no indication that any surface feature is developing, and the area most likely for development will be slowly moving across the Yucatan over the next few days. While it remains over land, there won’t be any development. 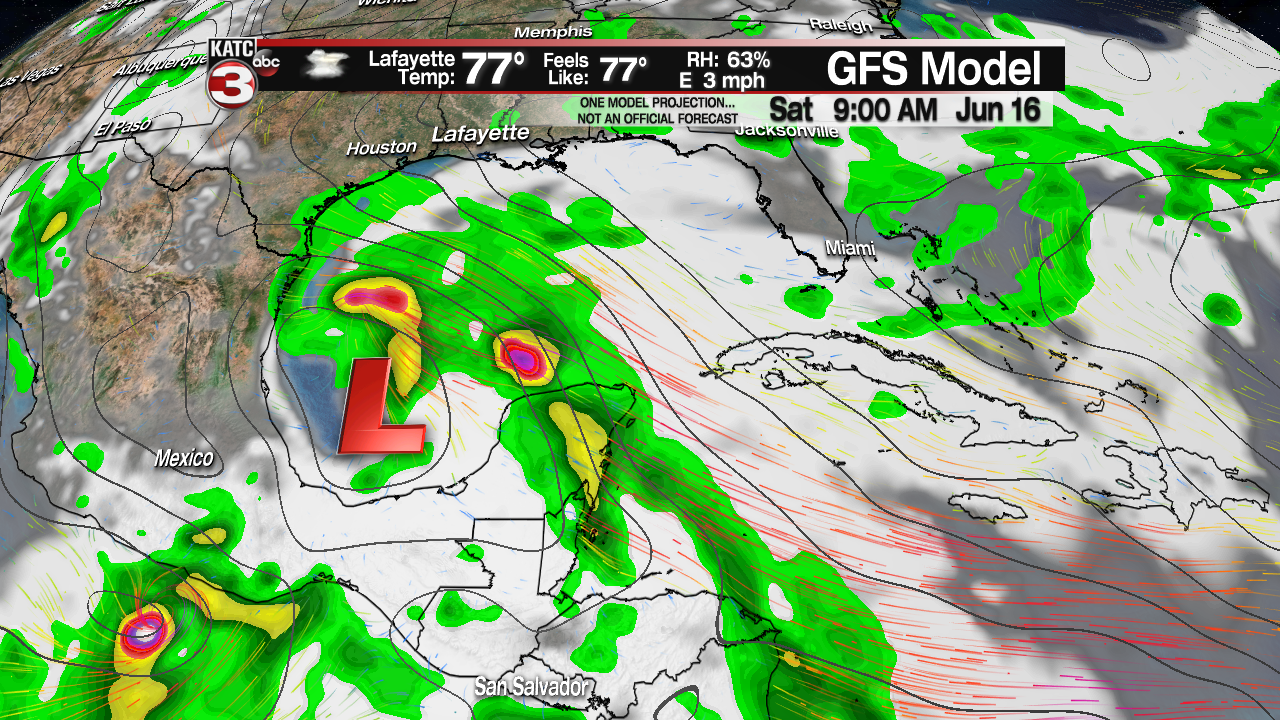 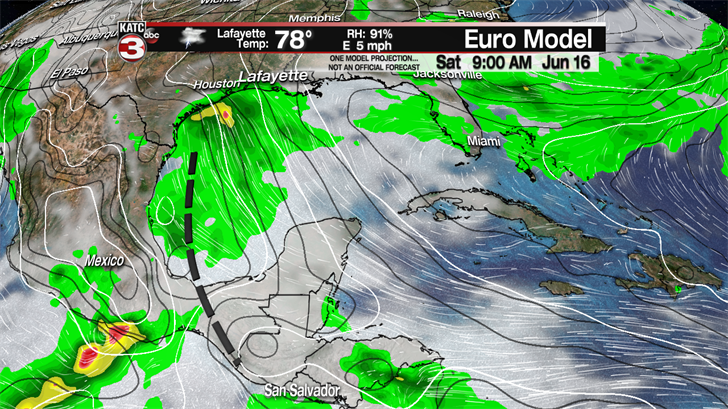 With that said, the GFS this morning has backed off somewhat on anything developing. It still is indicating a closed low pressure area over the Bay of Campeche into Thursday and Friday, then moving westward into Mexico. The model is also suggesting something considerably weaker than previous models. Meanwhile the EURO model is now indicating some pressure drops in the same area, but more of an open tropical wave with no closed low. Regardless, either of these situations should provide extra moisture for our area, and rain chances may be going up toward the weekend. Those will be adjusted as needed.